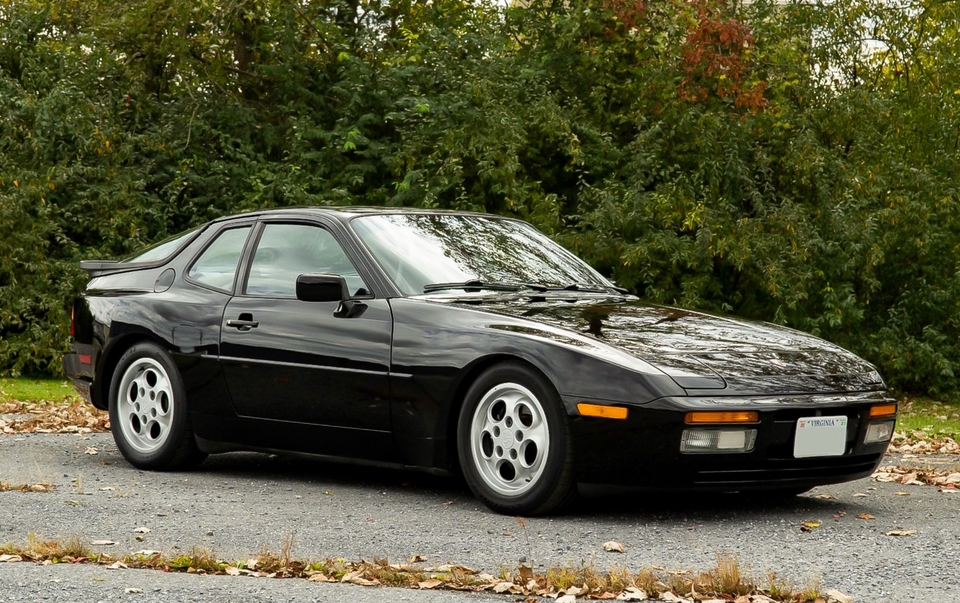 Up for auction is this 1987 Porsche 944 Turbo finished in Black over a Black interior.  Produced as the top-of-the line Porsche 944 model of its day, this 1987 Turbo comes with desirable factory options including a limited slip differential, Sport Seats and Sport Shock Absorbers.  This 944 also showcases aftermarket performance upgrades including a custom exhaust with B&B headers, upgraded sway bars and a Lindsey Racing fuel system with performance ECU chip.  Reported to be in fantastic overall condition with original paint while showing just over 36k miles on the odometer, this tastefully equipped 944 Turbo is just waiting to be driven by a new owner. 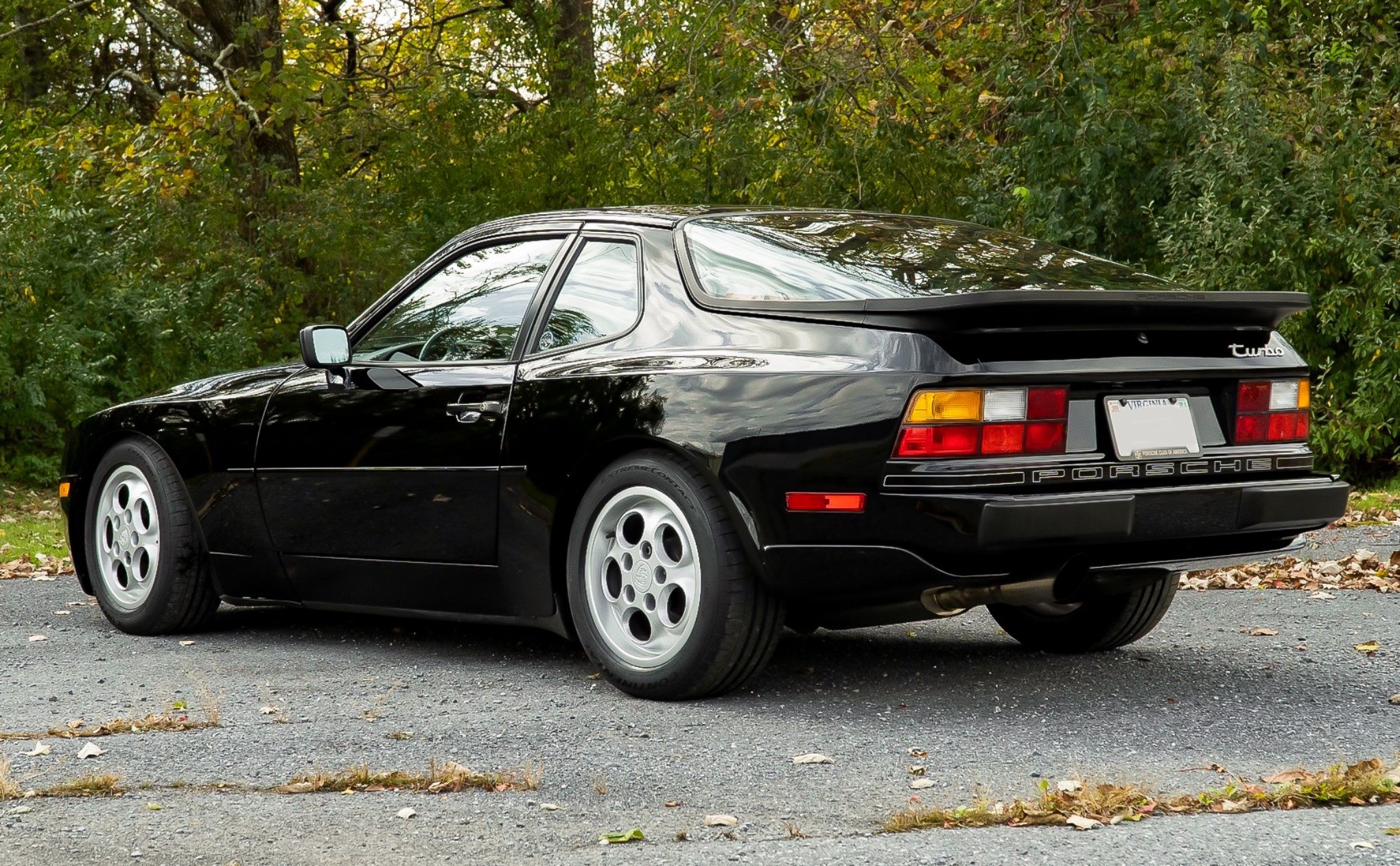 The Black paint on this 944 is reported to be entirely original and in excellent condition with clear protective film applied over the front end and mirror covers.  A few small rock chips have been indicated as well as a couple of very small dings on the driver’s side rear quarter panel (detailed images are provided in the photo gallery along with paint meter readings).  As a Turbo model, this 944 can be distinguished by its aerodynamically improved nose and body colored rear diffuser.  A factory optioned sunroof is equipped along with genuine Porsche “Phone Dial” wheels which were recently refinished and dressed in Continental Extreme Contact Sport tires. 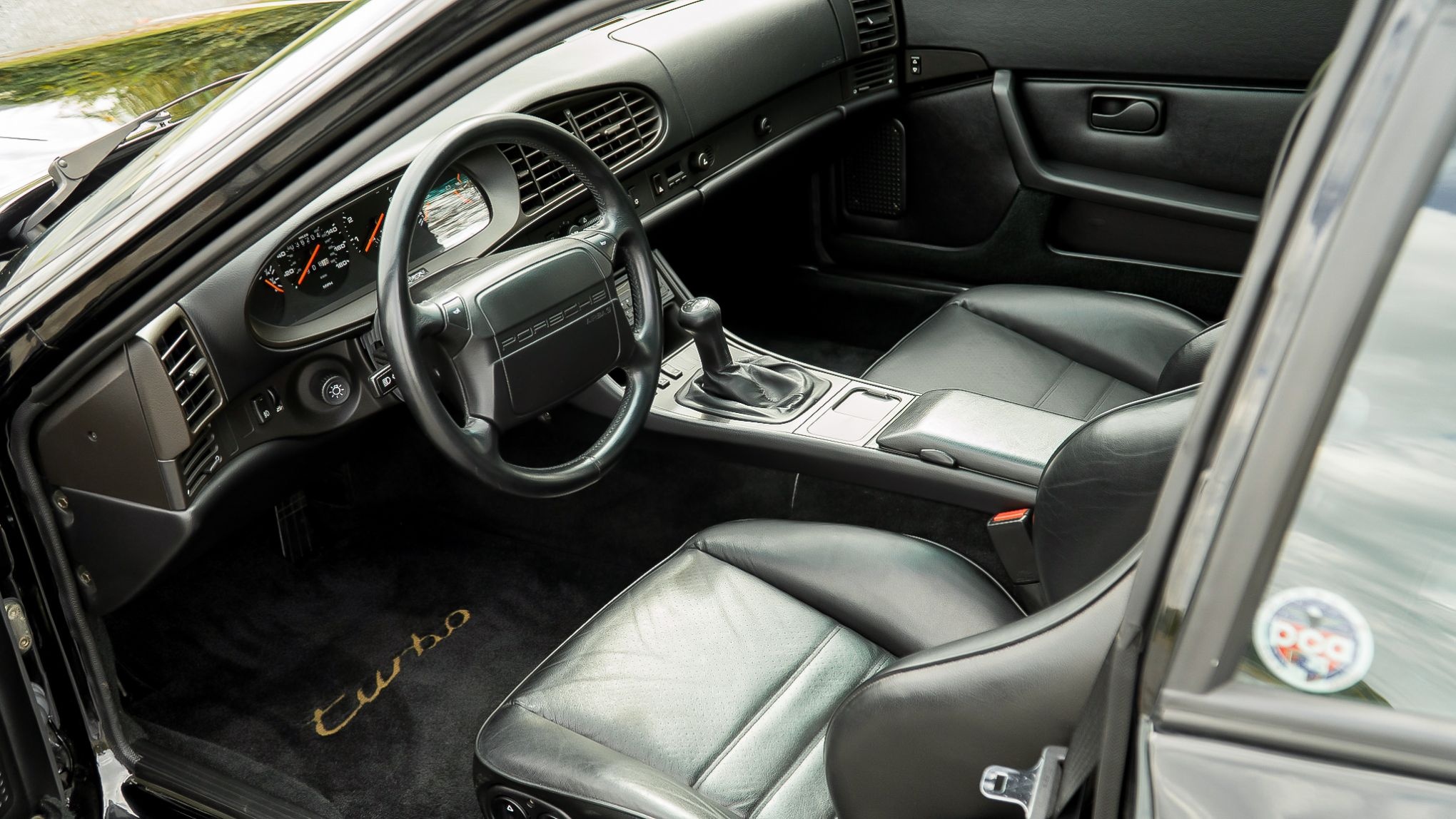 Inside, this 944 features a well-presented Black interior with factory Sport Seats.  Minor signs of wear are present on the driver’s seat bolster as well as 2 very small cracks in the dashboard near the glovebox.  The factory Blaupunkt radio has been retained and the cabin is said to be highly original with all gauges and accessories working properly.  A small non-functional LED light has been pointed out which is believed to be a remnant from a previously installed alarm system. 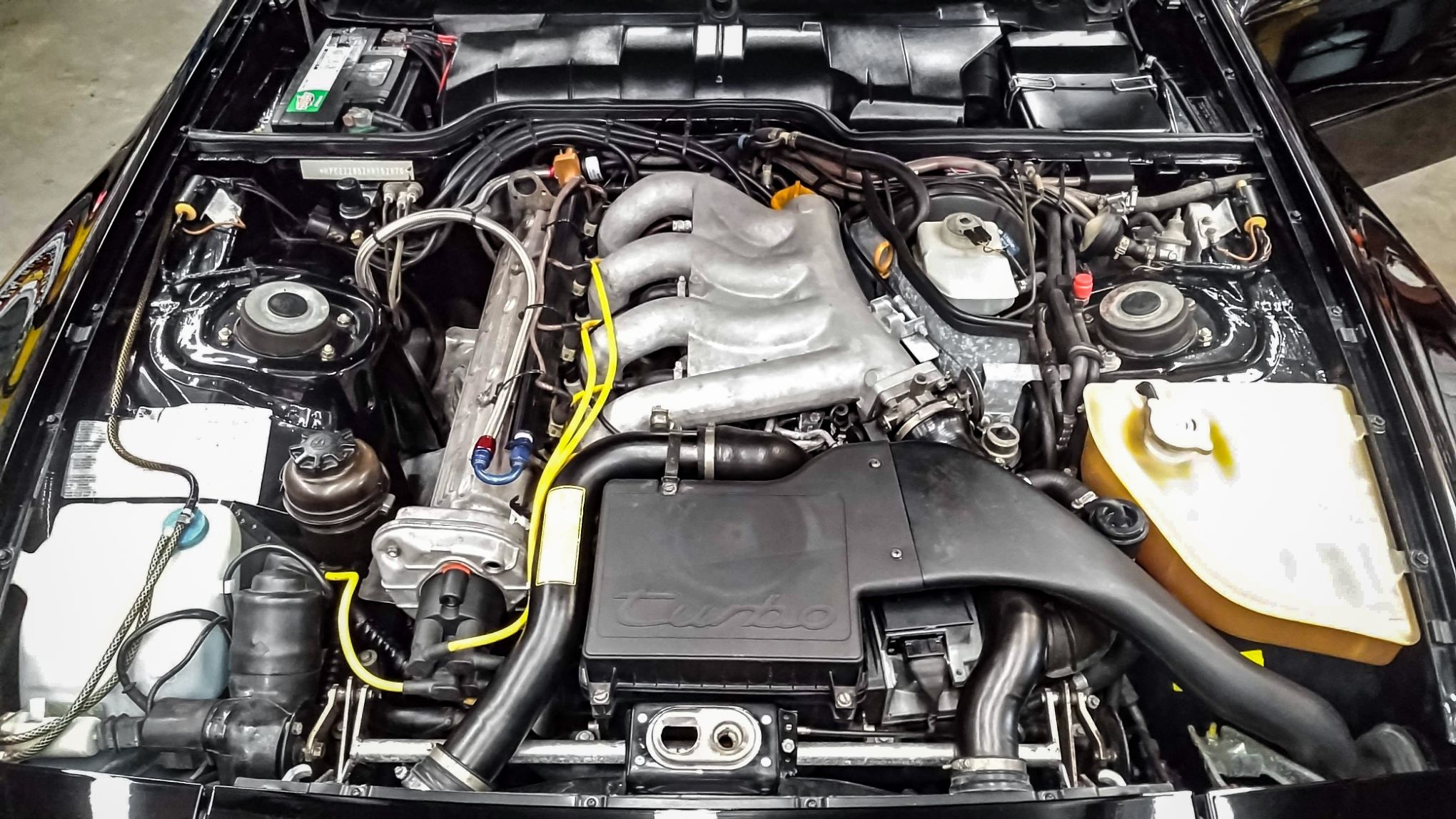 This 944 is powered by a turbocharged 2.5 L inline 4-cylinder engine which sends 220 HP stock to the rear wheels through a 5-speed manual transaxle with limited slip differential.  Factory optional Koni Sport Shocks are equipped in addition to the following aftermarket performance upgrades:

Although this 944 was set up for performance driving, the seller assures that it was never raced and only tracked sparingly on a few occasions.  All necessary maintenance has been kept up to date including a timing belt replacement in June of 2018.  The seller confirms this Turbo to be in fantastic running order while achieving a claimed output of approximately 300 HP on the dyno at 15psi of boost. 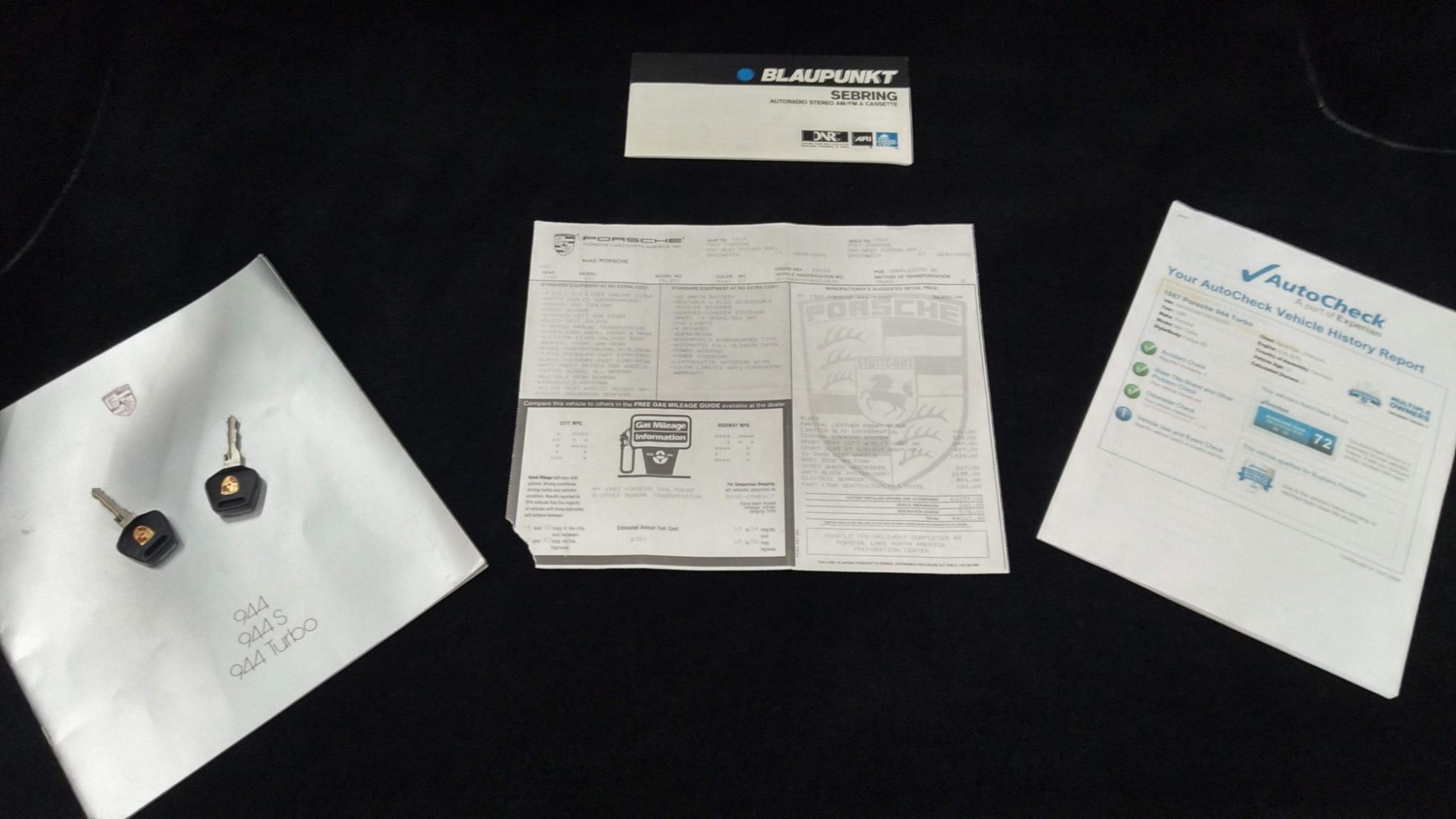 This sale will include a set of 3 keys, all service records dating back to 1999, the original books, manuals and window sticker, a complete toolkit, spare tire, Porsche touch-up paint and a car cover.  Factory components will also be included such as the original front springs, ECU chip and exhaust manifold.  Offered in very good overall condition while showcasing tasteful options and high-end upgrades, this 944 Turbo presents an incredible value.