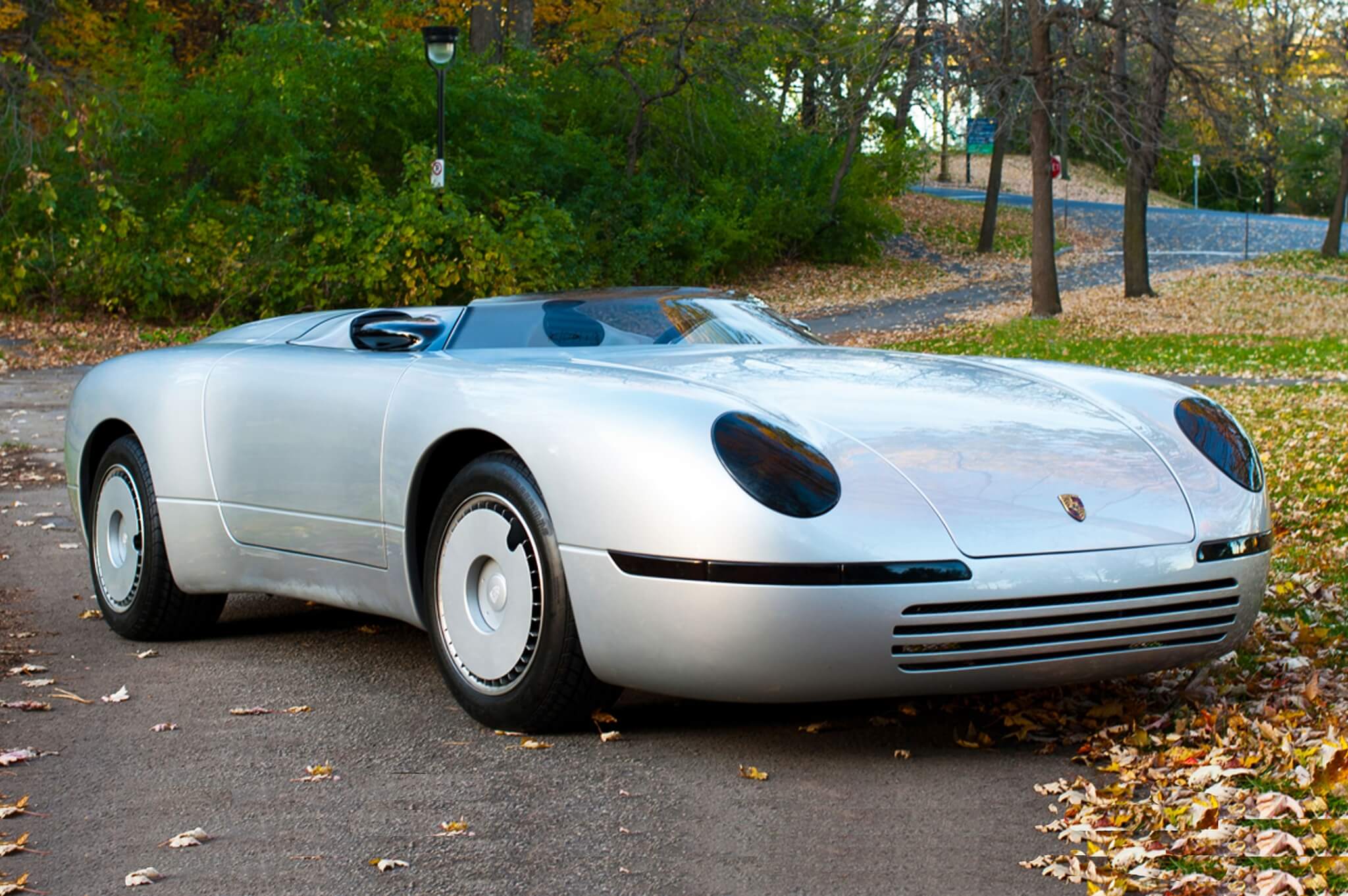 We are pleased to offer the original Porsche-powered Spexter by Wingho Auto.  The brainchild of Clyde Kwok, a Montreal-based Porsche collector and enthusiast, the Spexter was originally proposed as a modern interpretation of the classic 356 Speedsters in Mr. Kwok’s personal collection.  It was commissioned as a custom coach-built vehicle during the mid-1980s through the small Spex Design firm run by Paul Deutschman and Kell Warshaw.  The project began months before Porsche’s debut of their own 911 Speedster at the 1987 Frankfurt Auto Show.  Beginning with a sketched design, to a clay model, and eventually a full-scale foam representation, the Spexter was built over the course of nine months based on the platform of a U.S. 1981 911 Carrera Targa.  The finished product took the automotive world by storm and was featured in countless publications including the cover of Motor Trend’s June 1988 issue where the Spexter was posed along with the question “Porsche’s New Speedster?”.  When Porsche first unveiled their original Boxster concept in January of 1993, there was widespread speculation that its design was inspired by that of the Spexter. Designed as a Porsche Speedster for the next century, the original Spexter is now being offered for auction out of the personal Wingho collection in Montreal, Canada. 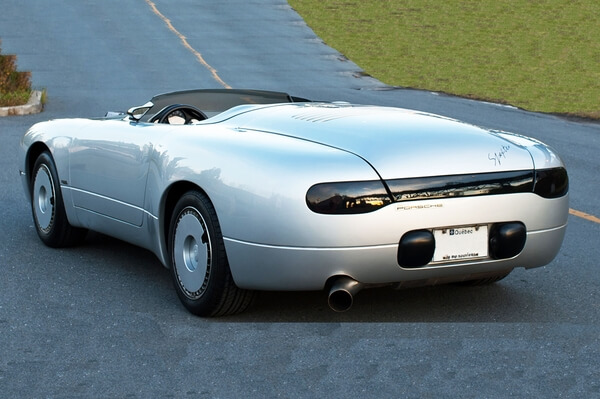 All of the original panels were removed in favor of custom sculpted Kevlar and fiber-glass composite bodywork that capture the essence of Porsche’s original Speedster design.  This open-top roadster is devoid of A-pillars and features an ultra-low plastic windscreen.  The front nose was extended to reinforce the bumper and the car measures approximately 8” longer than a 911 while maintaining the original chassis and wheelbase.  The doors have inner and outer shells, between which lies the original doors of the 911.  The front end of the car was constructed from a single piece of fiberglass along with the front and rear quarter panels.  Combined with the factory-integrated chassis reinforcements of the 911 Targa, the Spexter offers impeccable structural rigidity.  A roadster in its purest form, there was no type of roof, cover, nor side windows designed for the car. The Spexter was originally presented in Pearl White and has since been refinished in a traditional Porsche Silver Metallic color.  Other details include dark-tinted Porsche-style headlights, a dark-tinted taillight panel, black bumperettes, and a single tailpipe in the rear.  The Spexter rides on a set of custom BBS modular racing wheels which were sourced from Paul Newman’s racing team through Porsche four-cam expert Cole Scrogham.  These wheels feature hand-made center caps and Bridgestone RE71 tires.

Continuing into the cockpit, the hood, front fenders, and dashboard wrap themselves around the occupants who are situated in custom black foam seats molded into the fiberglass structure.  The seats have been cut to accommodate a driver measuring 5’, 10” tall. Harkening back to the Porsche 356 model, a triangular instrument cluster houses three analog Porsche dials including temperature gauges, a tachometer, and speedometer.  The fourth gauge containing the fuel and oil level meter is located in the trunk. 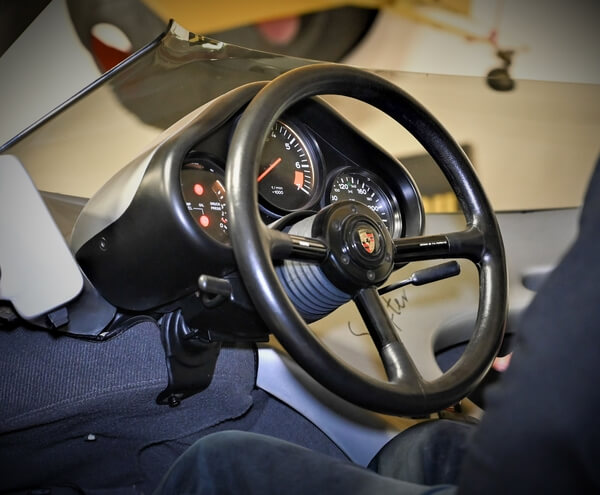 A simplistic three-spoke steering wheels sits in front of the driver, and ahead of the shifter is a pushbutton ignition along with switches for the hazard lights and parking brake.  There are no external handles for the doors, instead there are buttons that operate a solenoid-controlled opening latch. 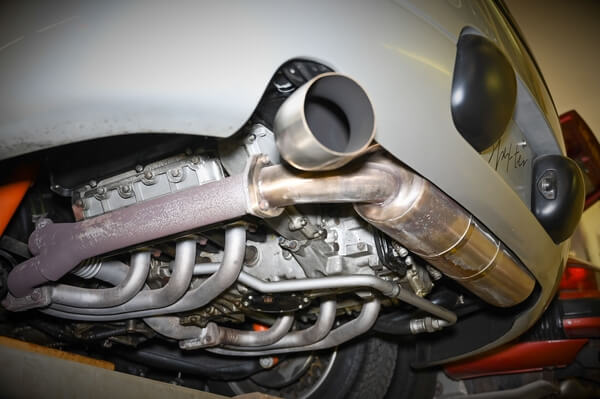 The drivetrain of the original Porsche 911 Carrera Targa was utilized including its air-cooled 3.2L flat-six engine and 5-speed manual transaxle.  The engine has been modified to produce a claimed output of up to 252 HP thanks to performance headers and a stainless-steel muffler by Monty of Australia. The Spexter has remained a part of Mr. Kwok’s personal Wingho collection and has reportedly been driven approximately 100km per year on average. 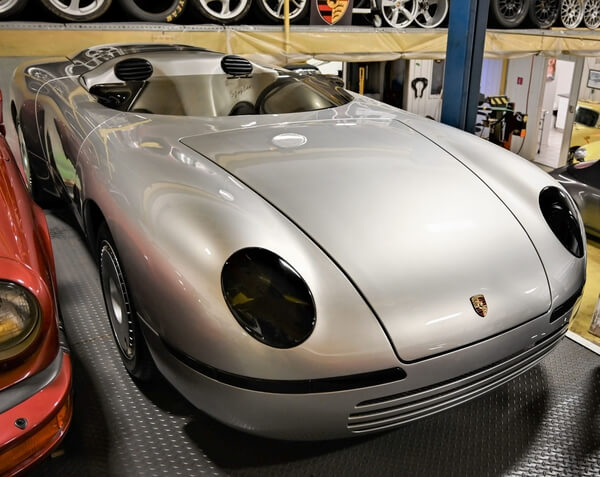 Since the time of the Spexter, Mr. Kwok has founded Wingho Auto Classique Inc., continuing the tradition of custom coach-built cars inspired by Porsche, while also specializing in vehicle service, restoration, modifications, and unique prototype designs. 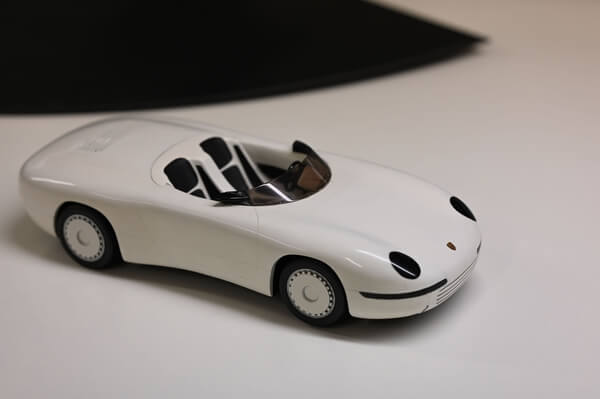 This sale will include the original books and toolkit from the donor vehicle, an original hand-built scale model of the car, and a clean title for a North American 911 Carrera Targa. A possible source of influence for Porsche and a representation of painstaking work true to its inspiration, the Spexter remains a design far ahead of its time. This is a very special opportunity to own a remarkable piece of automotive engineering, do not miss out.