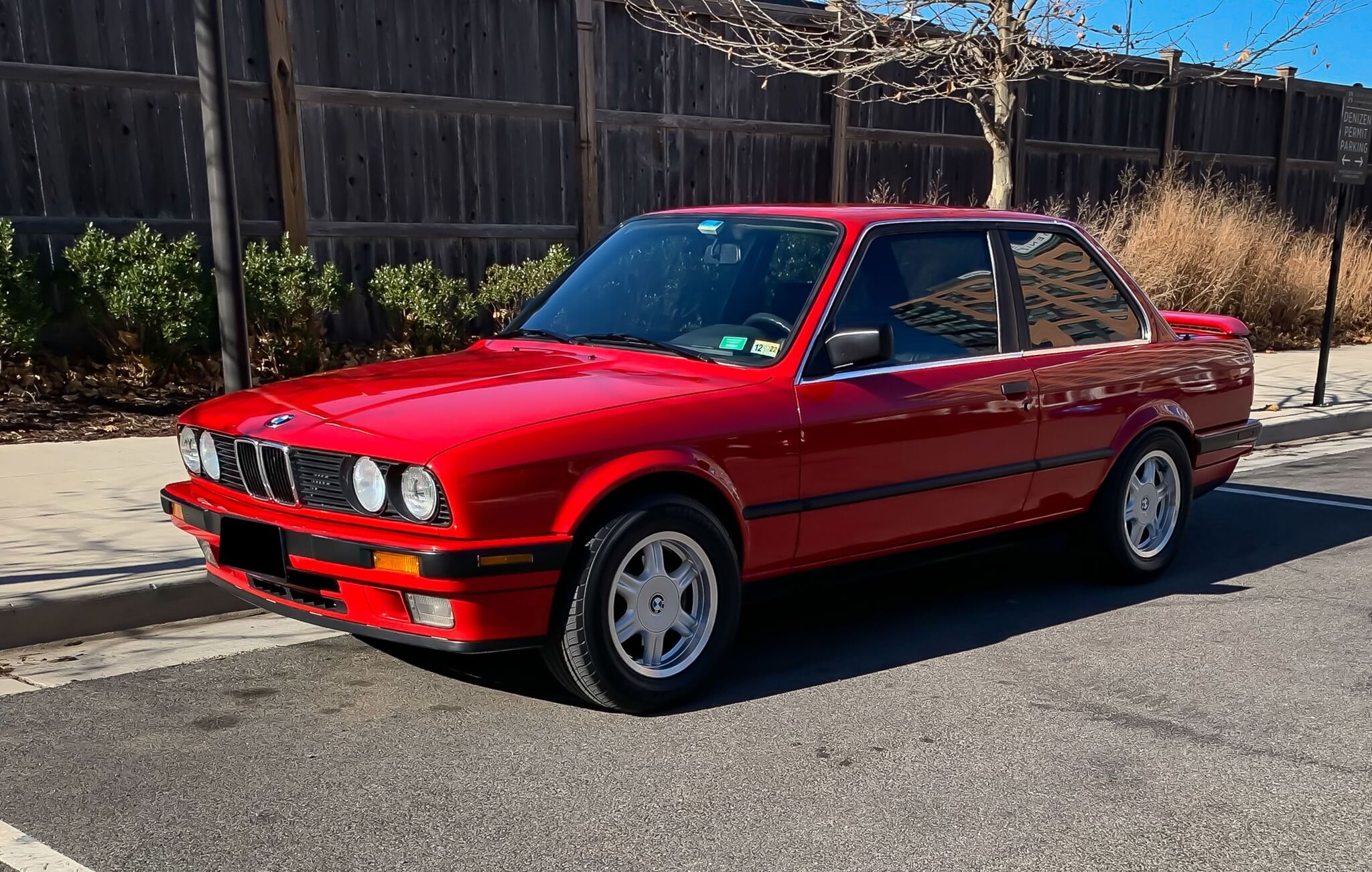 Up for auction at no reserve is this 1989 BMW E30 325i Coupe finished in Cinnabar Red over a black leather interior. The second generation of BMW's 3-Series sports sedan, the E30 is well regarded for its drivability, styling, and motorsports heritage. This 1989 325i Coupe was acquired by the owner in 2010 and has since received a reupholstered interior and routine service including timing belt replacement and a coolant flush. It is now being offered for auction at no reserve by its seller out of Virginia accompanied by a large collection of records. 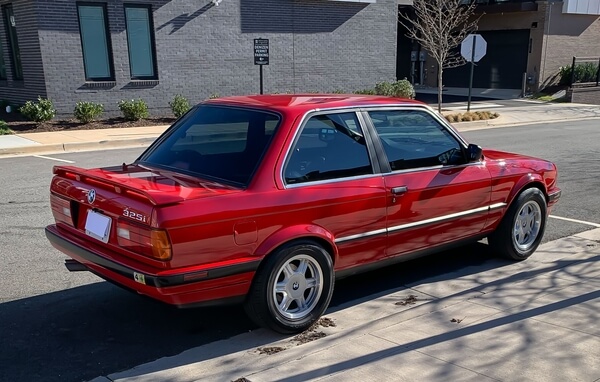 This E30 is finished in Cinnabar Red (138) with chrome trim around the windows and kidney grills. Exterior details include a sunroof, pop-out rear windows, projector headlights, a rear spoiler, and a front air dam with integrated fog lights. The 1989 model was the first to feature redesigned plastic bumpers, while also being the last year with factory-equipped pop-out quarter windows. Following the front-end damage shown on CARFAX in 2006, this E30 was declared a total loss and subsequently refinished in the original color in 2010. The car has been garage-kept ever since and the paint is described to be in excellent condition overall, detailed images are provided in the gallery along with the full CARFAX report. The original 15” BMW Style 10 wheels are mounted with Kumho Ecsta tires. 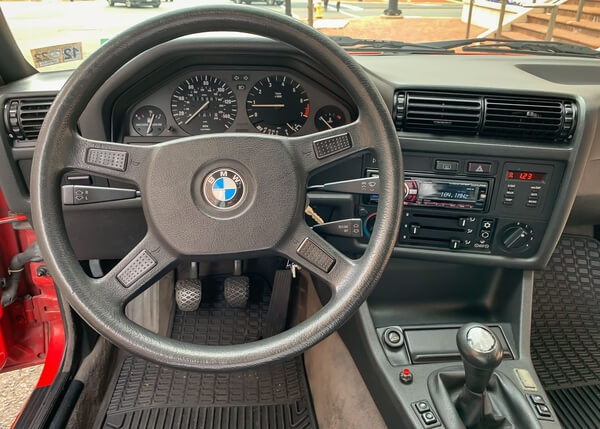 The cabin is trimmed in black leather with gray carpeting and matching door panels. The front seats and rear bench have been reupholstered along with the installation of a new headliner. Amenities include air conditioning, cruise control, an onboard trip computer, power windows and locks, and an Alpine head unit with upgraded door speakers. The seller notes the rear window defroster is currently inoperable and reports the original odometer has been replaced. The current odometer reads just over 16k miles and the total mileage is estimated at approximately 200k. 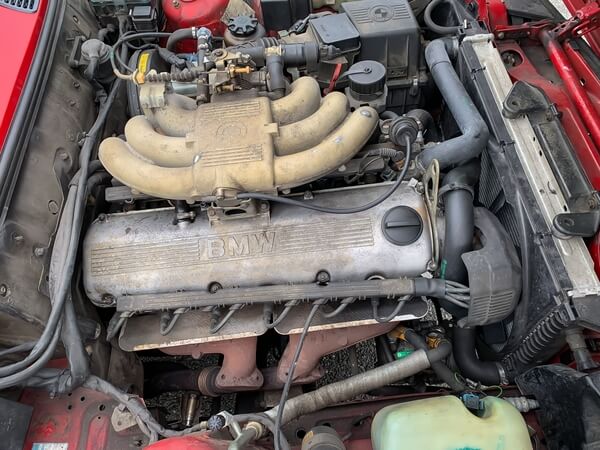 This E30 325i is powered by a 2.5L M20 inline six-cylinder engine factory rated at 168 HP and 164 lb.-ft of torque. The rear wheels are driven by way of a 5-speed manual transmission. The E30 benefits from a low curb weight of approximately 2600 lbs. and features McPherson front suspension setup, semi-trailing arm rear suspension, and vented disc brakes at all corners. A vast collection of records is provided in the gallery showing routine service carried out primarily through authorized BMW dealers over the years. 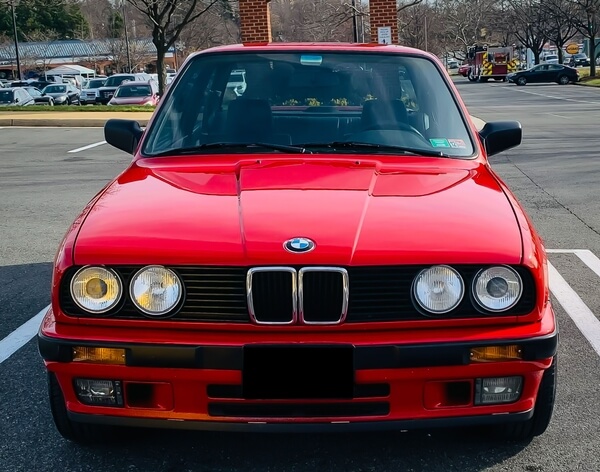 This sale will include a clean Virginia title. Well presented and carefully looked after, this E30 325i Coupe is ready to begin its journey with a new owner.