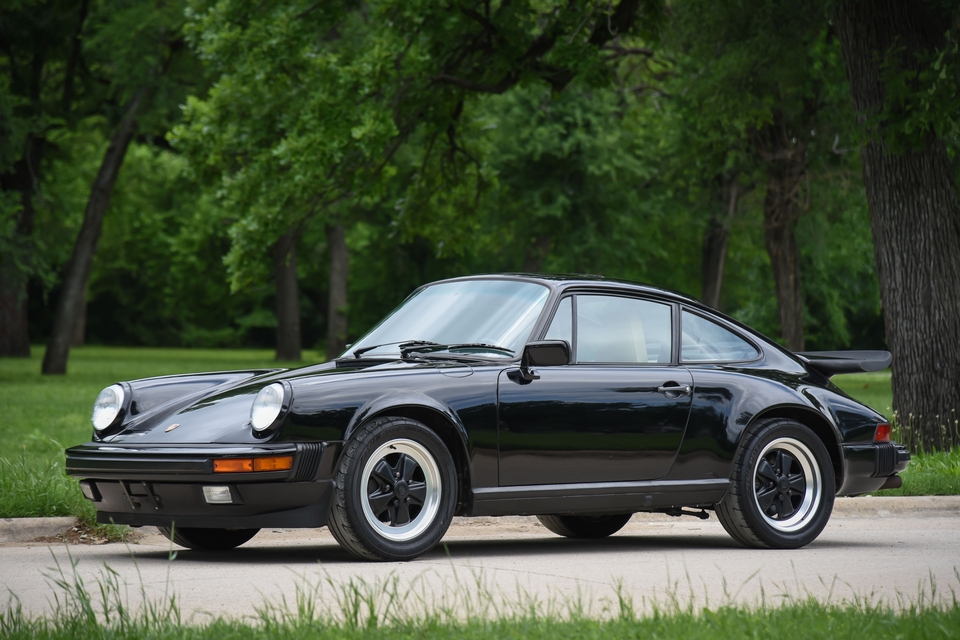 We are pleased to offer this 1989 Porsche 911 Carrera Coupe finished in Black over a Cashmere Beige partial leather interior.  Representing the final model year of the 911 Carrera, this 1989 example features a desirable G50 5-speed manual transmission and also comes factory equipped with Sport shock absorbers, a short-throw shifter, and a power-operated sunroof.  Originally sold in Florida, this Carrera eventually made its way to the West Coast in 1998 where it remained up until it was recently acquired by the current owner in Texas.  Accompanied by the original owner’s manuals, stamped service book, tools, air compressor, spare tire, and jack, this beautifully appointed 1989 example is now being offered for auction while showing approximately 109k miles on the odometer. 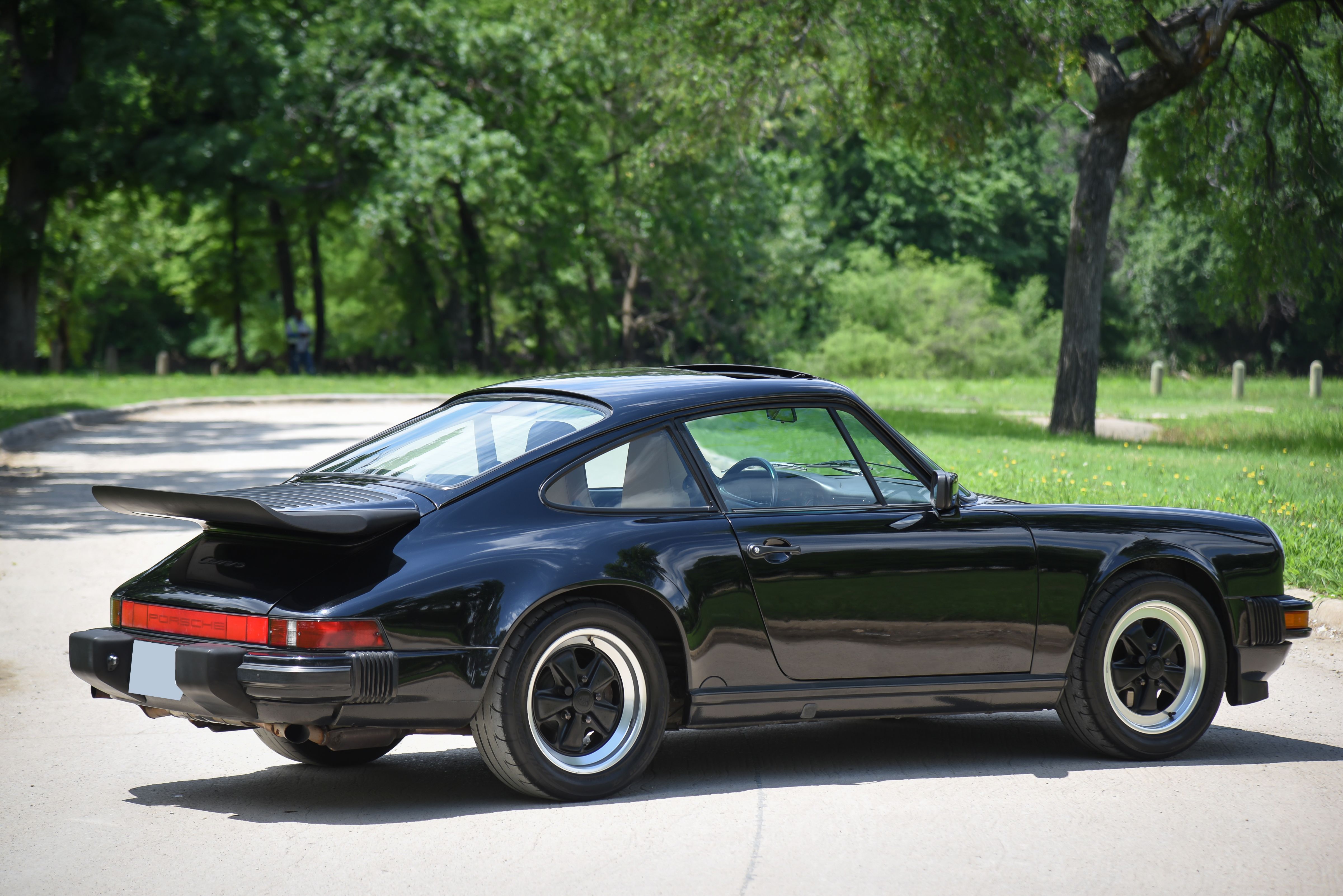 This 911 is finished in Black and the car is reported to have spent its life in dry climates while always being garage-kept.  The paint is described to be mostly original and in good overall condition aside from some swirl marks, touched-up chips on the hood, and one small dent on the left front fender.  Matching VIN stickers also remain in place throughout the body, detailed images are provided in the photo gallery along with a clean CARFAX report.  This example is equipped with a Carrera rear spoiler, a front air dam, front fog lights, and classic 16” Fuchs wheels with black painted center and silver anodized outer lips.  The Bridgestone Potenza RE-11 tires are recommended for replacement within the next 1k miles. 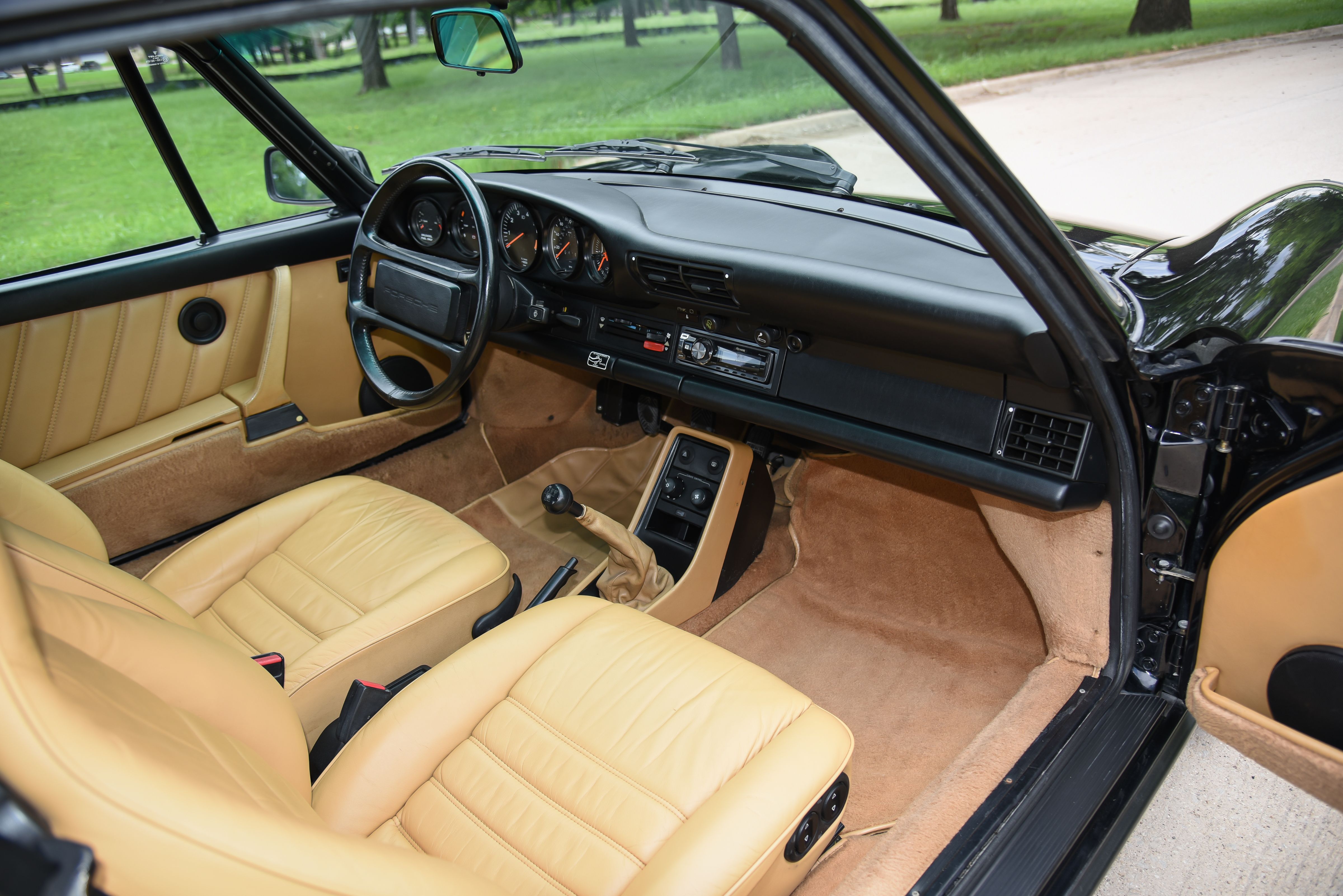 Inside, this 911 features a Cashmere Beige and Black partial leather interior with a factory optioned short-throw shifter, a steering wheel with an elevated hub, and a power-operated sunroof.  Additional equipment includes cruise control, a sound system, and air conditioning.  The seats are said to have been previously redyed, an aftermarket radio has been installed, and the seller reports all gauges and accessories to be fully functional except for the right front fog light and the A/C which has been disconnected. 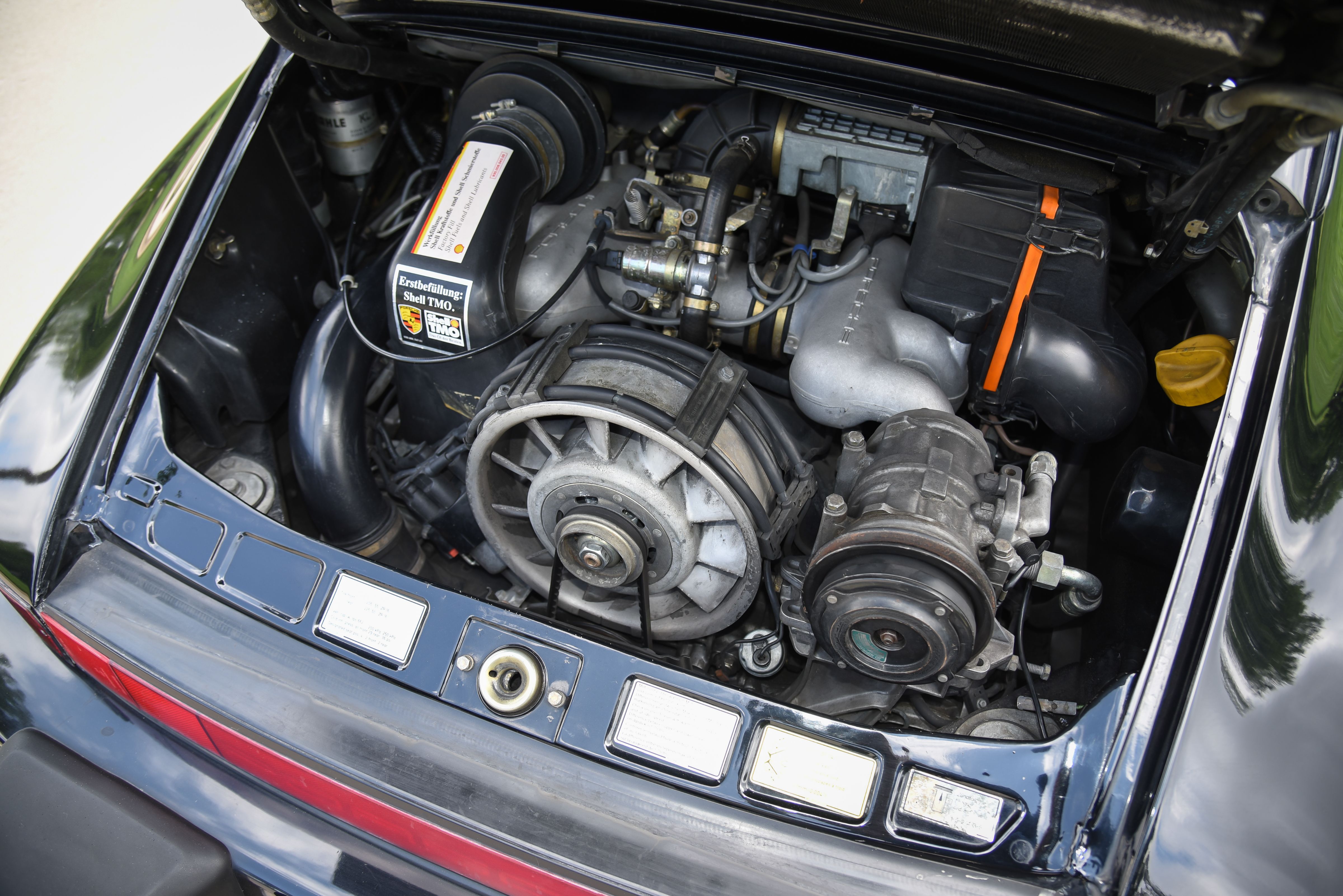 This Carrera is equipped with an air-cooled 3.2L flat-six engine that sends 217 HP stock to the rear wheels by way of a sought-after G50 5-speed manual transmission.  Sport shock absorbers were equipped from the factory and the engine has been upgraded with a Steve Wong performance chip, SSI heat exchangers, and a Mille Miglia sport muffler.  Dual catalytic converters have also been equipped in compliance with California emissions standards.  New brake rotors are said to have been recently installed and the car is described to be in strong mechanical order having been routinely serviced throughout its life. 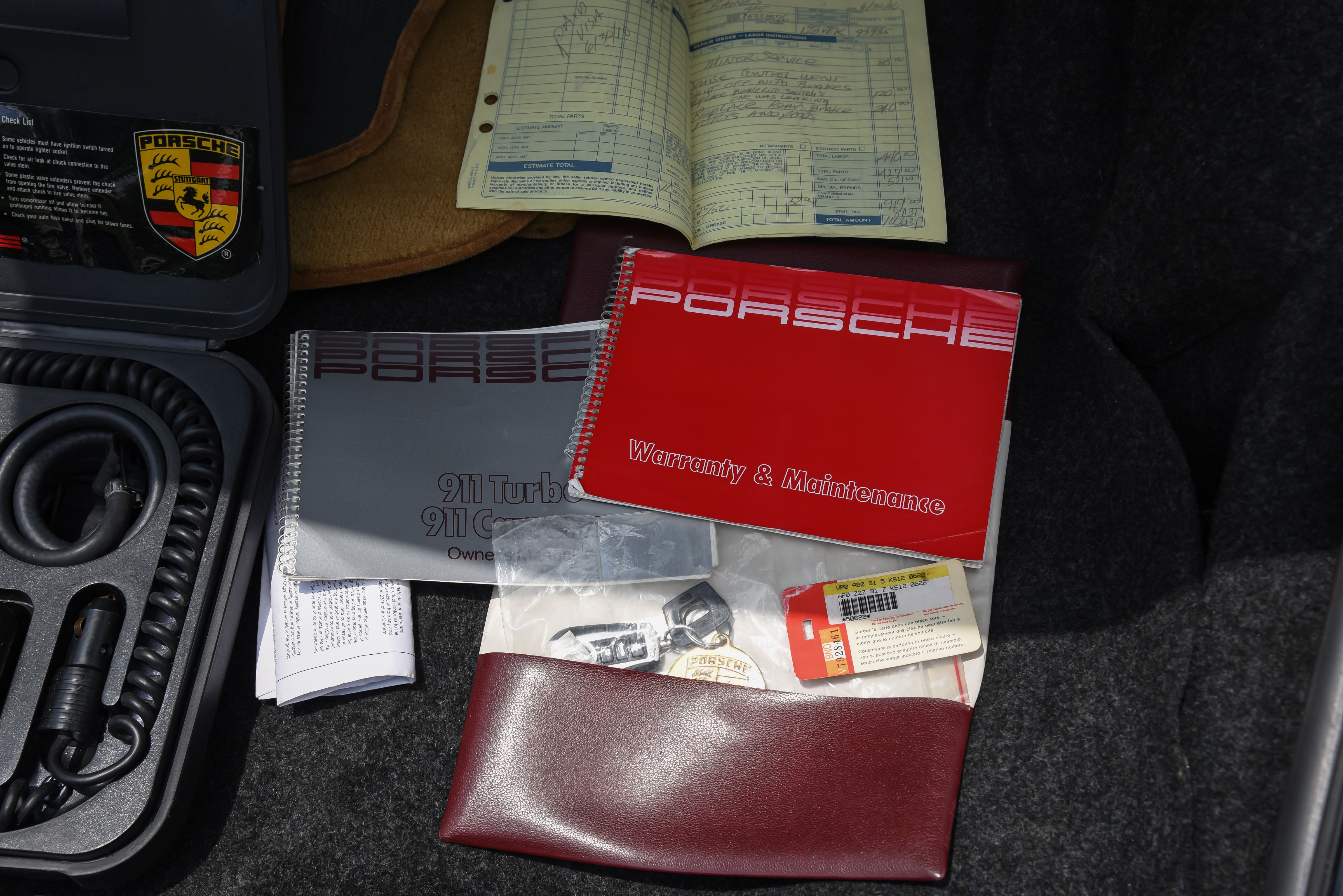 This sale will include the original owner’s manuals, stamped service book, air compressor, toolkit, jack, spare tire, and a clean title.  A desirable final model year example, this G50 Carrera Coupe may very well be the air-cooled Porsche you’ve been searching for.