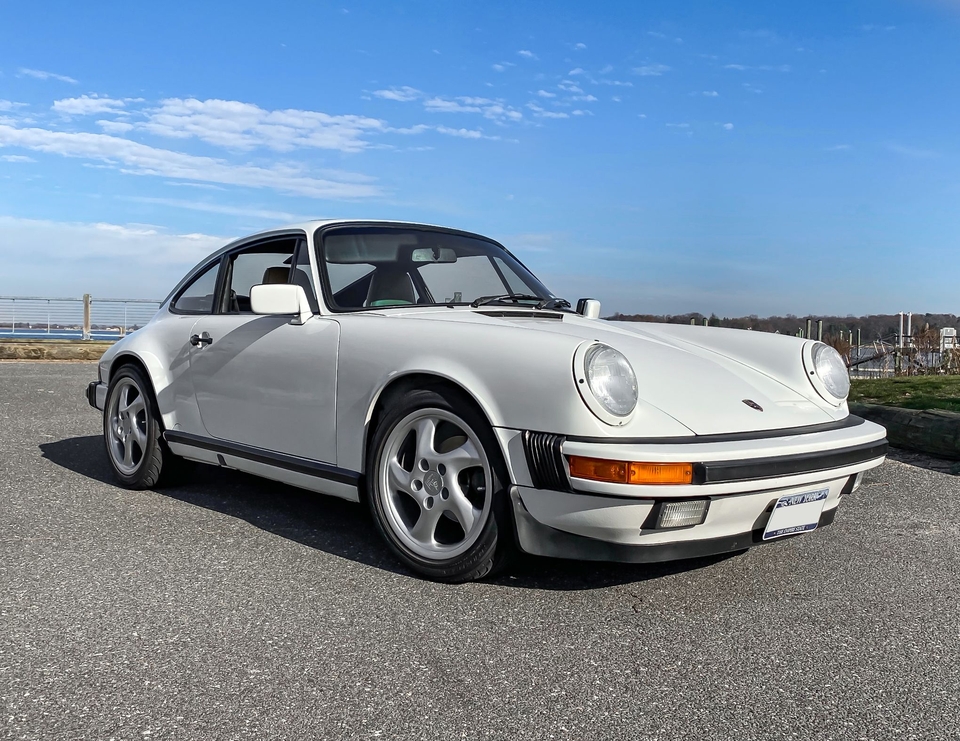 We are pleased to present this 1989 Porsche 911 Carrera Coupe finished in Grand Prix White over a Cashmere/Black partial leather interior.  Built as part of the final model year for the last iteration of the original Porsche 911, this 1989 Carrera is factory equipped with a desirable G50 5-speed manual transmission, a shortened gear shift lever, and Sport Shock Absorbers.  Having been diligently maintained by its current owner of over 14 years, this 911 underwent a recent valve adjustment and is now being offered with just over 155k miles shown on the odometer out of Long Island, NY. 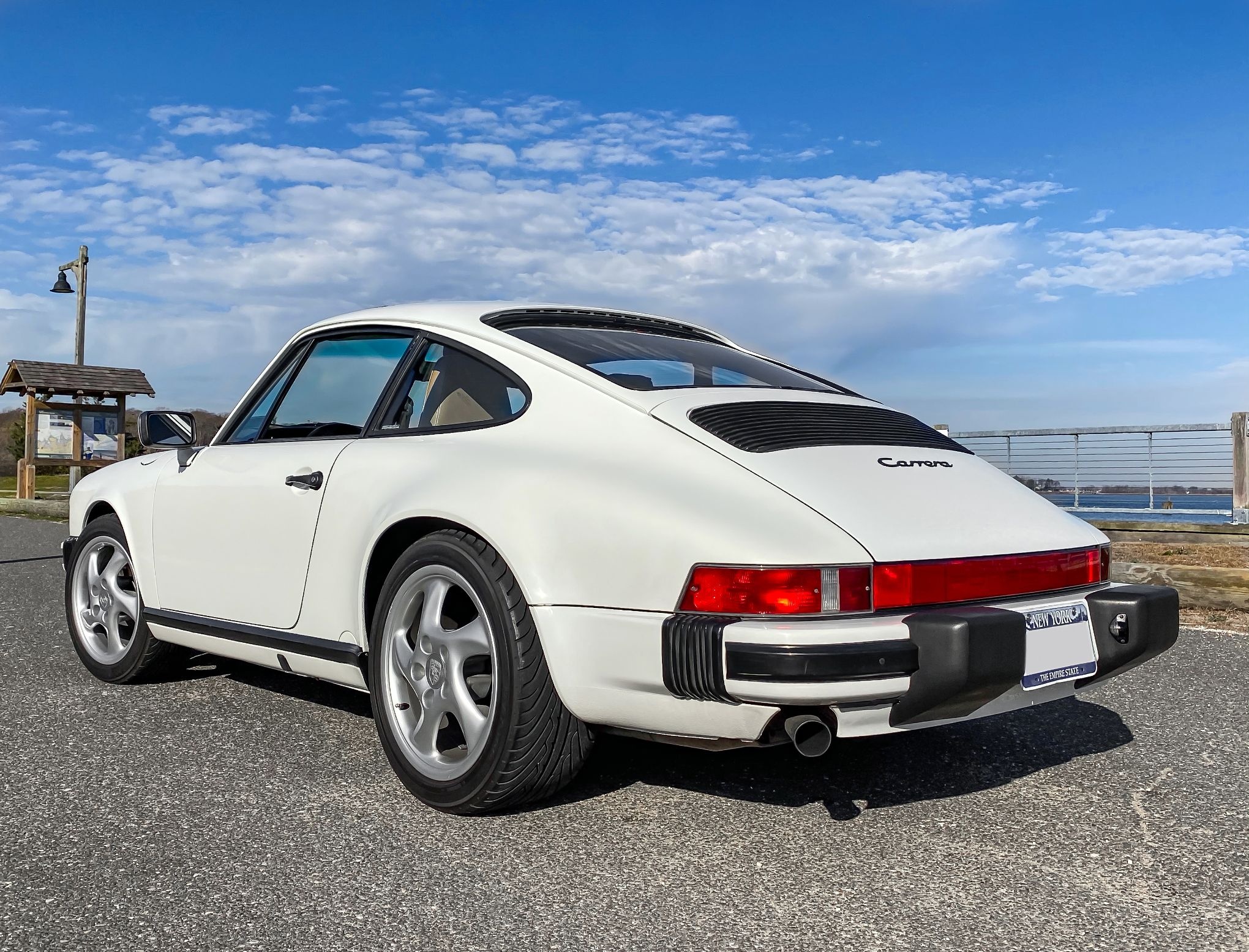 This 911 is said to have been previously refinished in its factory specified color of Grand Prix White, and the seller indicates the paint to be in good overall condition.  Some road-going wear can be seen mostly on the front end along with some minor dings throughout the body (detailed images and paint meter readings are provided in the photo gallery).  This Carrera retains its factory original appearance except for the front spoiler and reproduction Turbo Twist wheels that are currently dressed in older Yokohama tires. 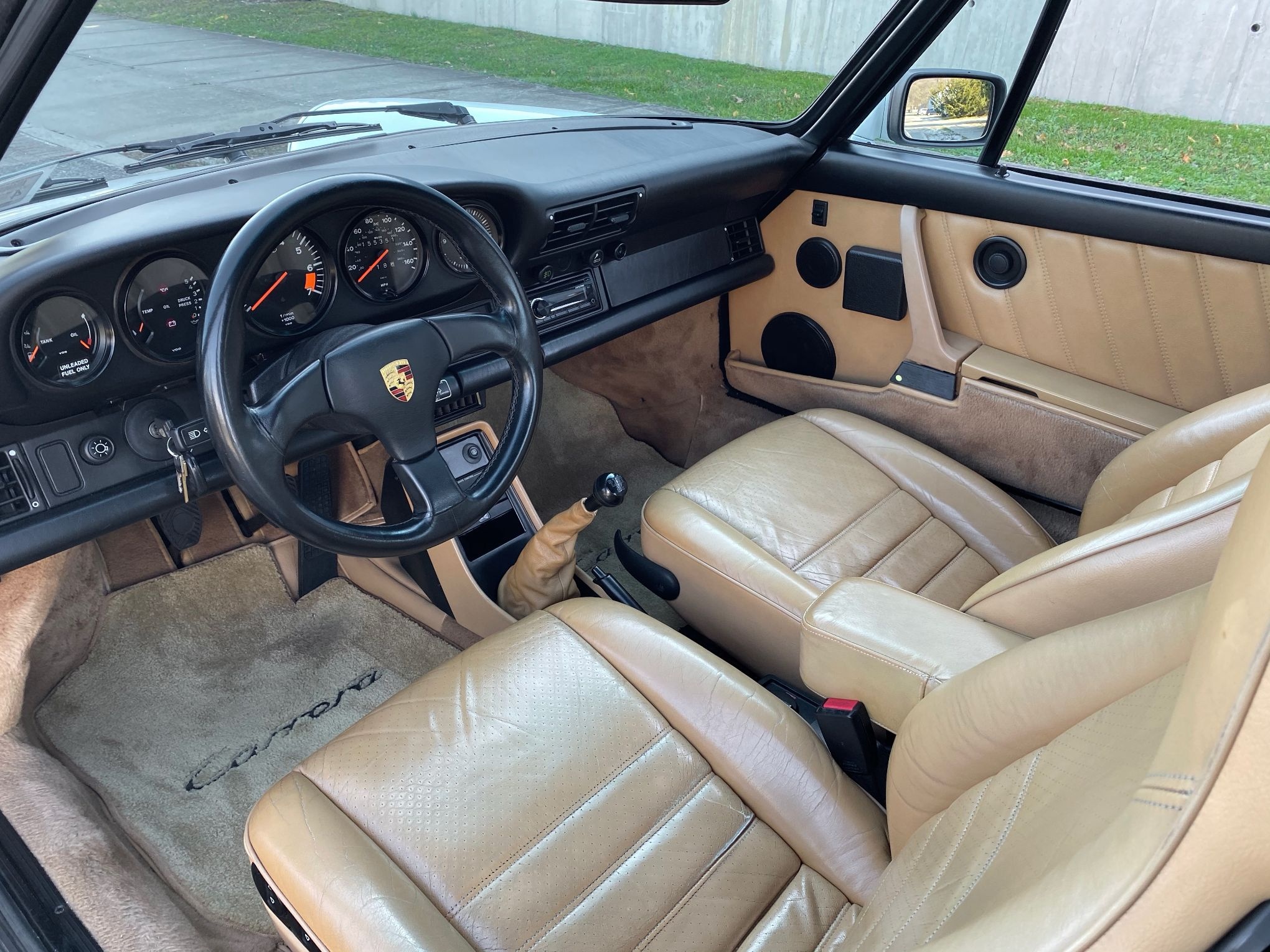 The Cashmere/Black partial leather interior is shown to have been kept in very nice shape. Factory options equipped for this example include a Sport steering wheel with elevated hub, a shortened gear shift lever, the HiFi Sound System, dual rear shelf speakers, and cruise control.  An aftermarket radio has been installed along with a center armrest.  The air conditioning has been converted to R134 but is reported to be ineffective.  All other gauges and accessories are said to be in good working order. The original Blaupunkt radio is also included in the sale. 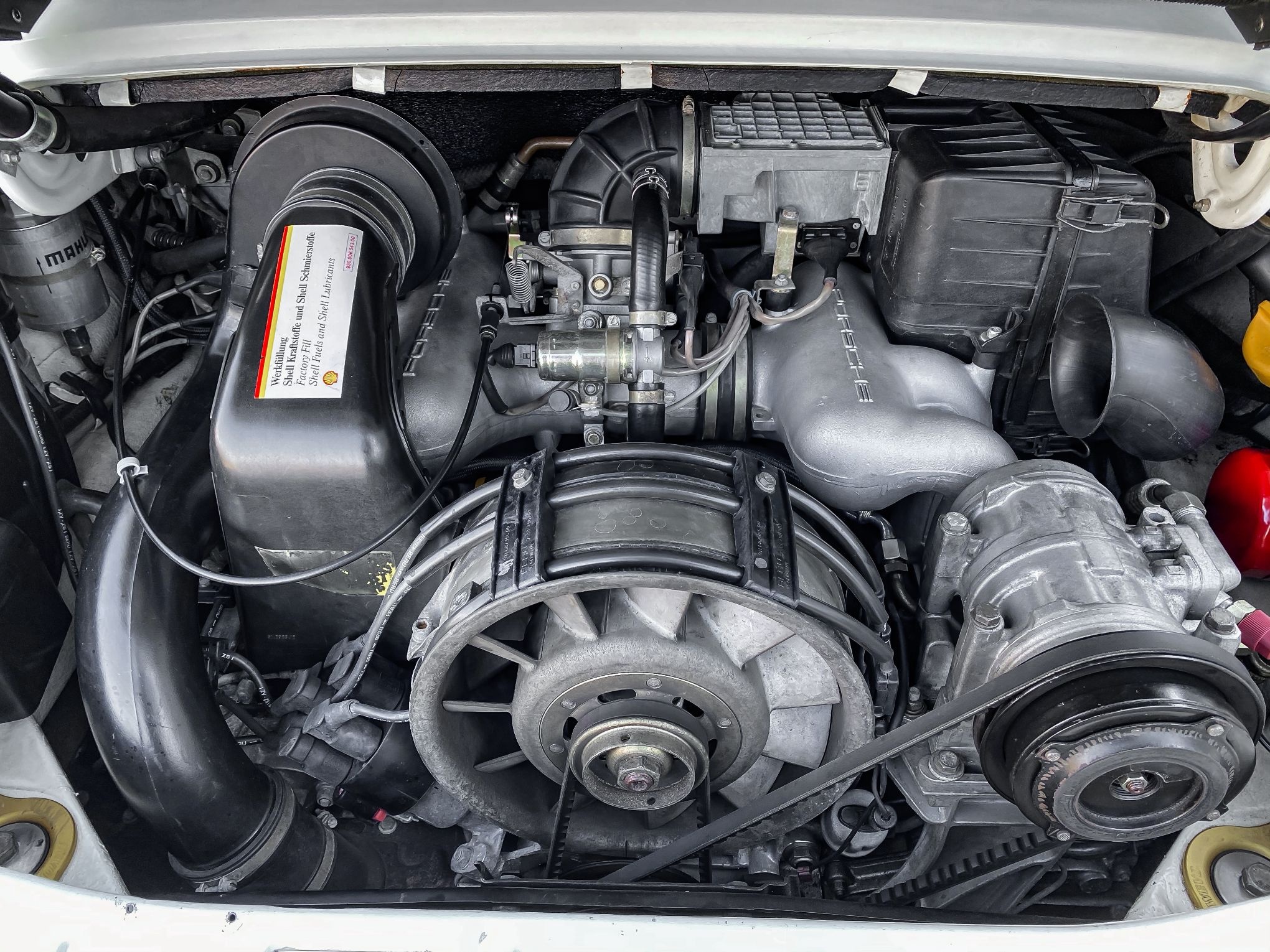 This 911 is equipped with an air-cooled 3.2 L flat-six engine paired with a sought after G50 5-speed manual gearbox. 217 HP is sent to the rear wheels allowing this 911 to accelerate from 0-60 MPH in approximately 6 seconds.  This example is factory optioned a shortened gear shift lever and Sport Shocks for quicker gear changes and improved handling.  A new clutch was installed within the last 9k miles and proper routine maintenance has been observed under the current ownership including a recent valve adjustment.  A broken head stud has been reported, however, this Carrera is said to be in excellent running order. 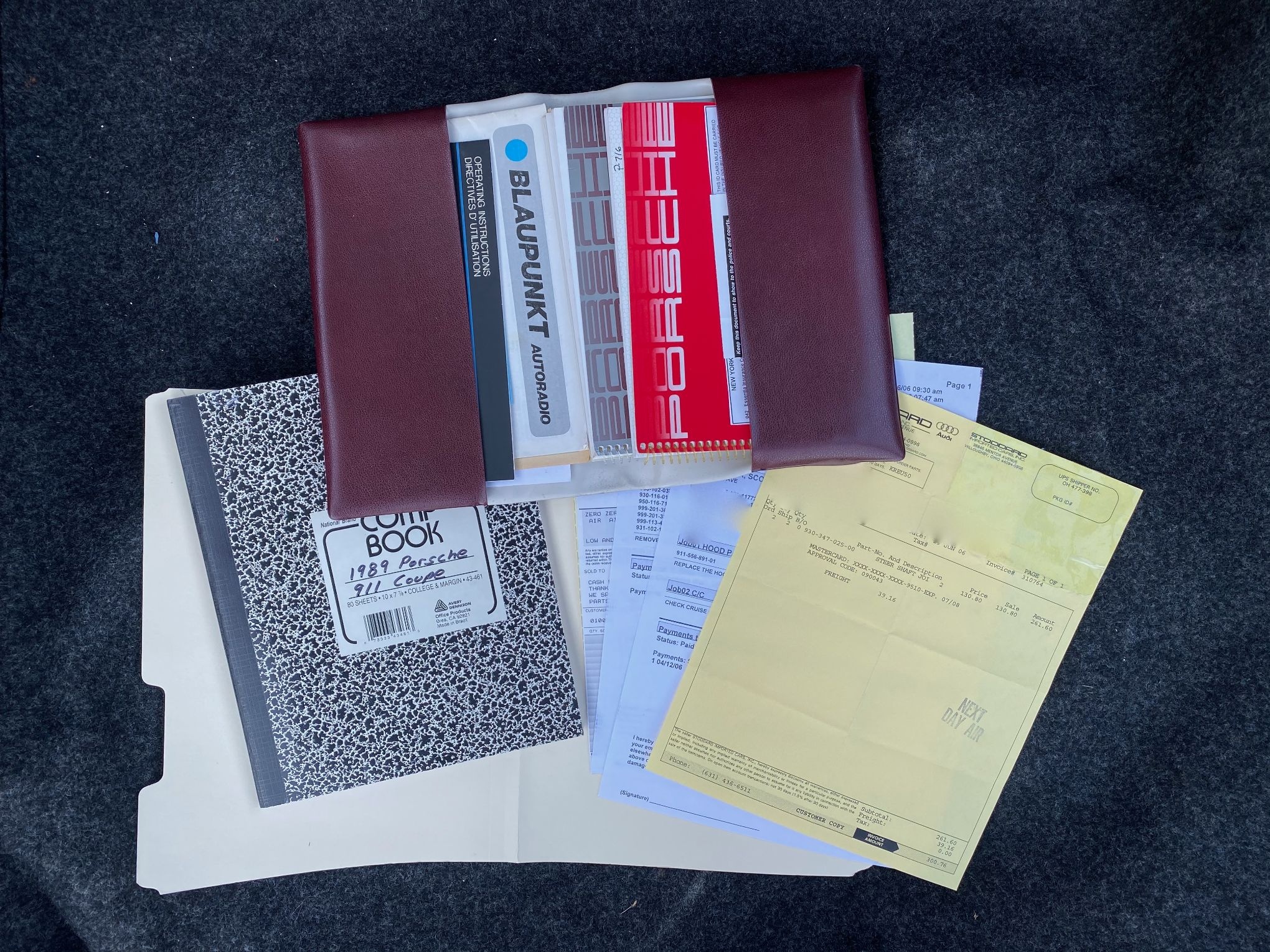 This sale will include a set of 2 keys with aftermarket remote fobs, the original books, tools, and spare tire, a clean title, an Elephant Racing front suspension bushing kit, the original radio, and service records from the current ownership.  Offering a G50 5-speed manual transmission and desirable factory options, this 911 is sure to please any air-cooled driving enthusiast.