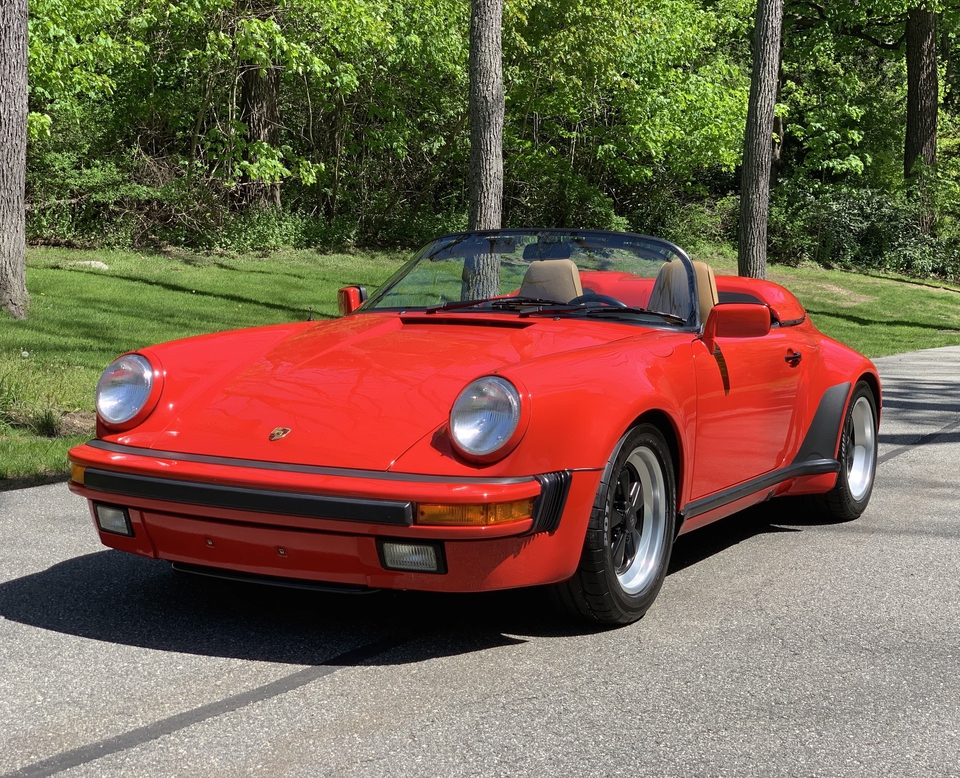 The low mileage, all original paint and like new interior on this Speedster would be enough to spark the interest of most discerning collectors.  This example however, takes things to another level.  The original Bill of Sale shows the Speedster was purchased new from Rusnak Porsche in Thousand Oaks, CA on January 16, 1989. Documents also confirm that the original owner opted for “Tourist Delivery” in Stuttgart, Germany, at which point had the car transported to California, where it remained until 2003.  The car was then sold to a collector in Oregon with just 14,032 miles.  While in Oregon the car was driven sparingly, covering less than 800 miles in 10 years.  In 2013 the car was purchased by a prominent Porsche collector on the east coast, where it has been cared for ever since.  The car was driven only 200 miles in 6 years and today shows only 15,074 miles on the odometer.  The car has remained in a climate-controlled museum setting. 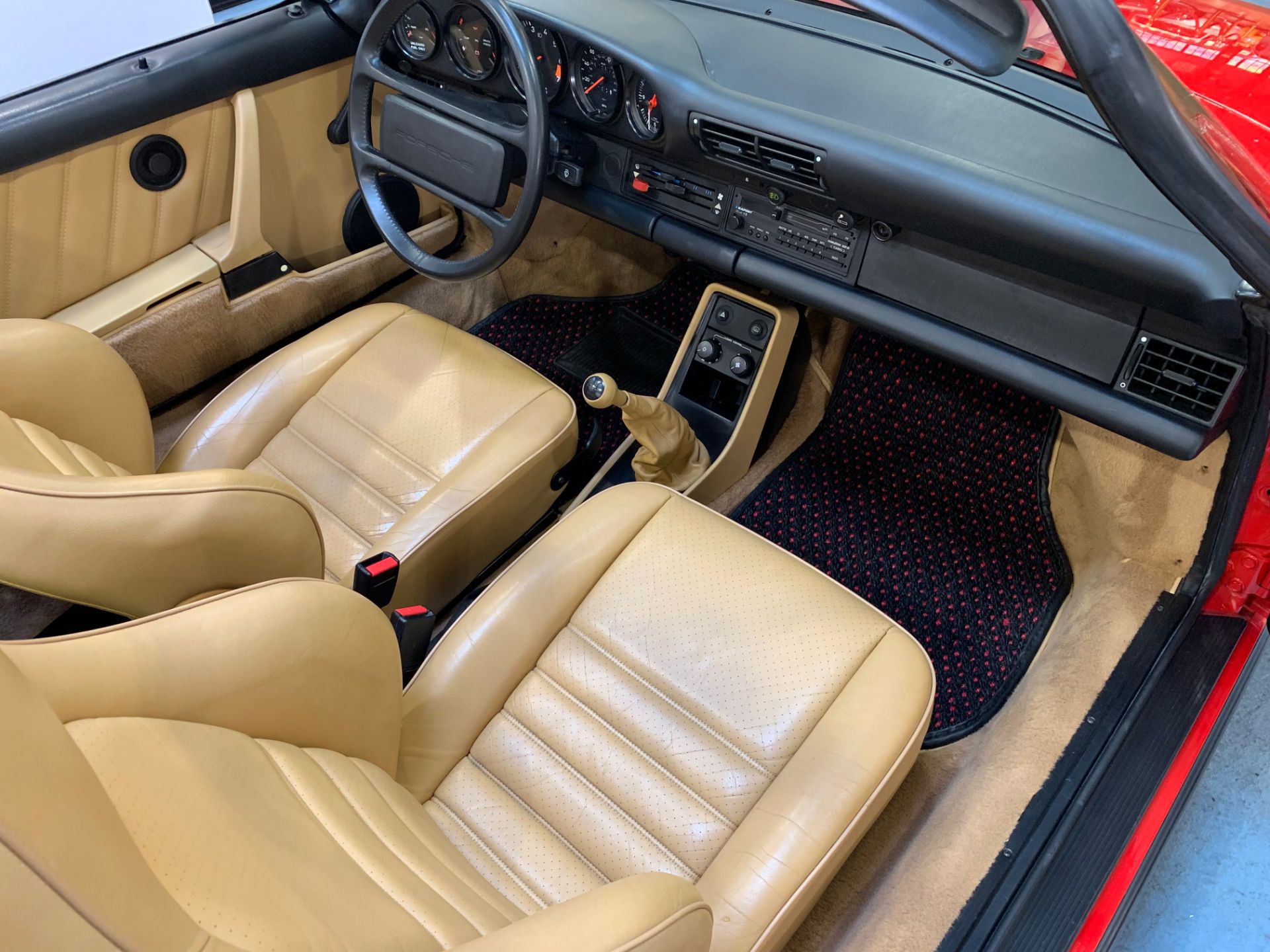 The all original Guards Red paint is in concourse condition and shows beautifully with one minor imperfection on the clam shell.   The factory Fuch wheels look brand new with no curb rash.  The tan leather interior is also in excellent condition and retains its original factory radio.  Other factory options including; a factory short shifter, air conditioning, and driver seat height adjustment, complete the sporty yet classy interior. 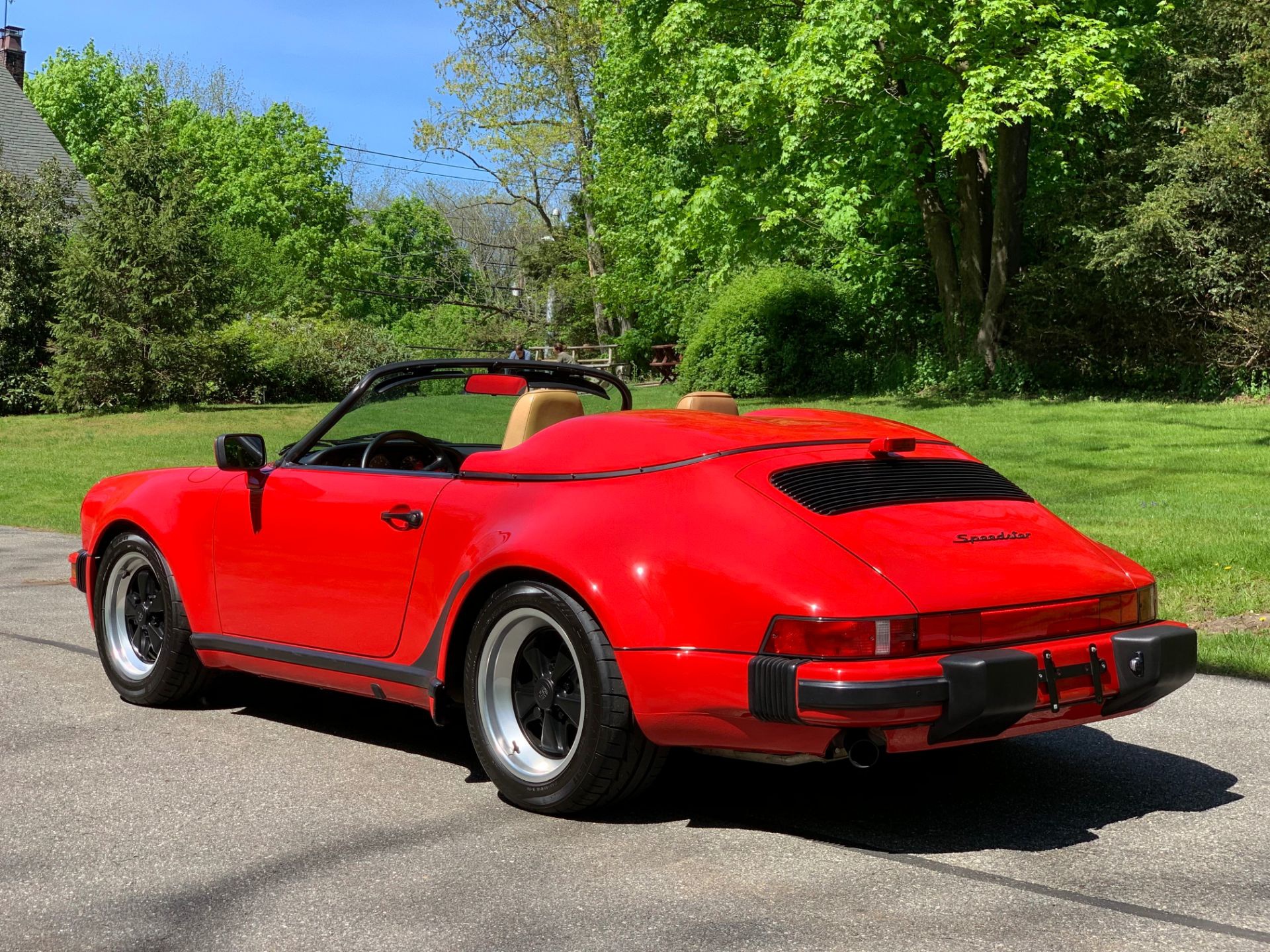 Power comes from 3.2L Flat Six engine that produces 232hp.  The Speedster is equipped with the smooth G50 5-speed transmission.  The 89 Speedster shares many visual and performance upgrades with the iconic Porsche Turbo;   a wider body,  16” X 7” front 16” X 9” rear wheels, and turbo suspension and brakes. 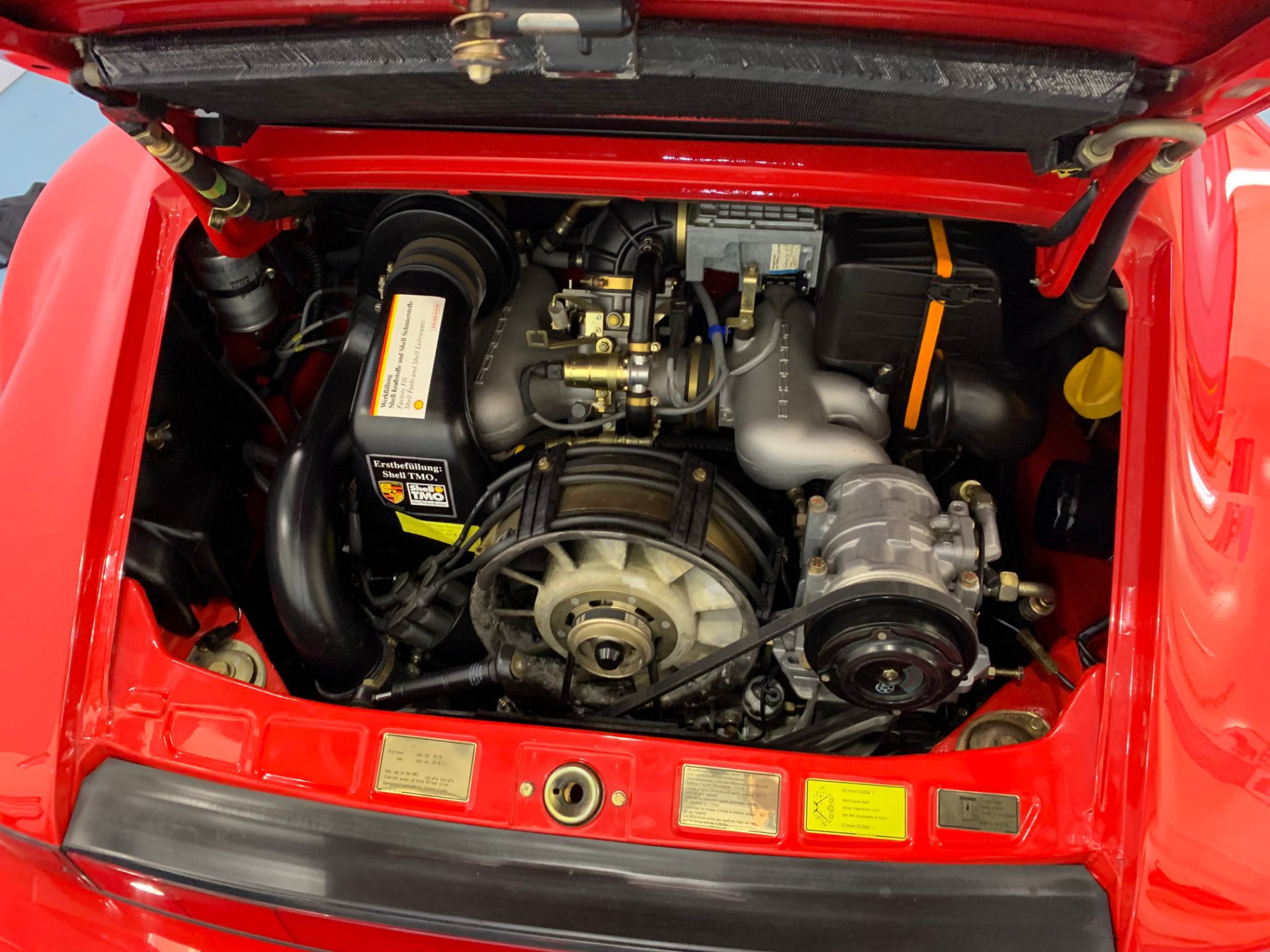 Upon taking delivery in 2013, the seller had the Speedster completely serviced by a top air-cooled Porsche specialty shop. A copy of the receipt can be seen in the photo gallery.  The following services were performed:

The documentation included will show this Speedster’s entire history from new.  This includes the original Bill of Sale, Tourist papers, Carfax, and service records.  The sale will also include the books, tools, and keys. 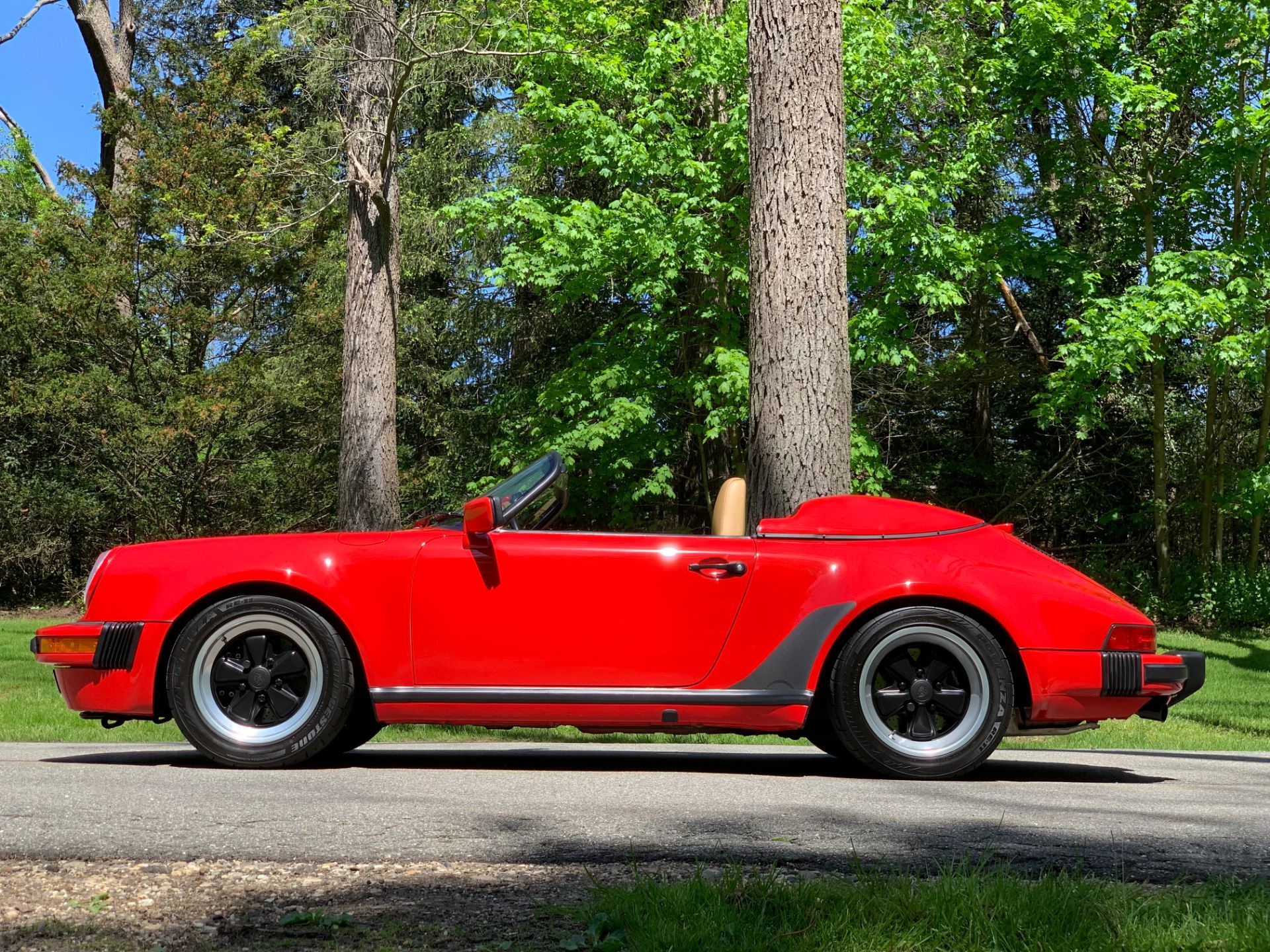 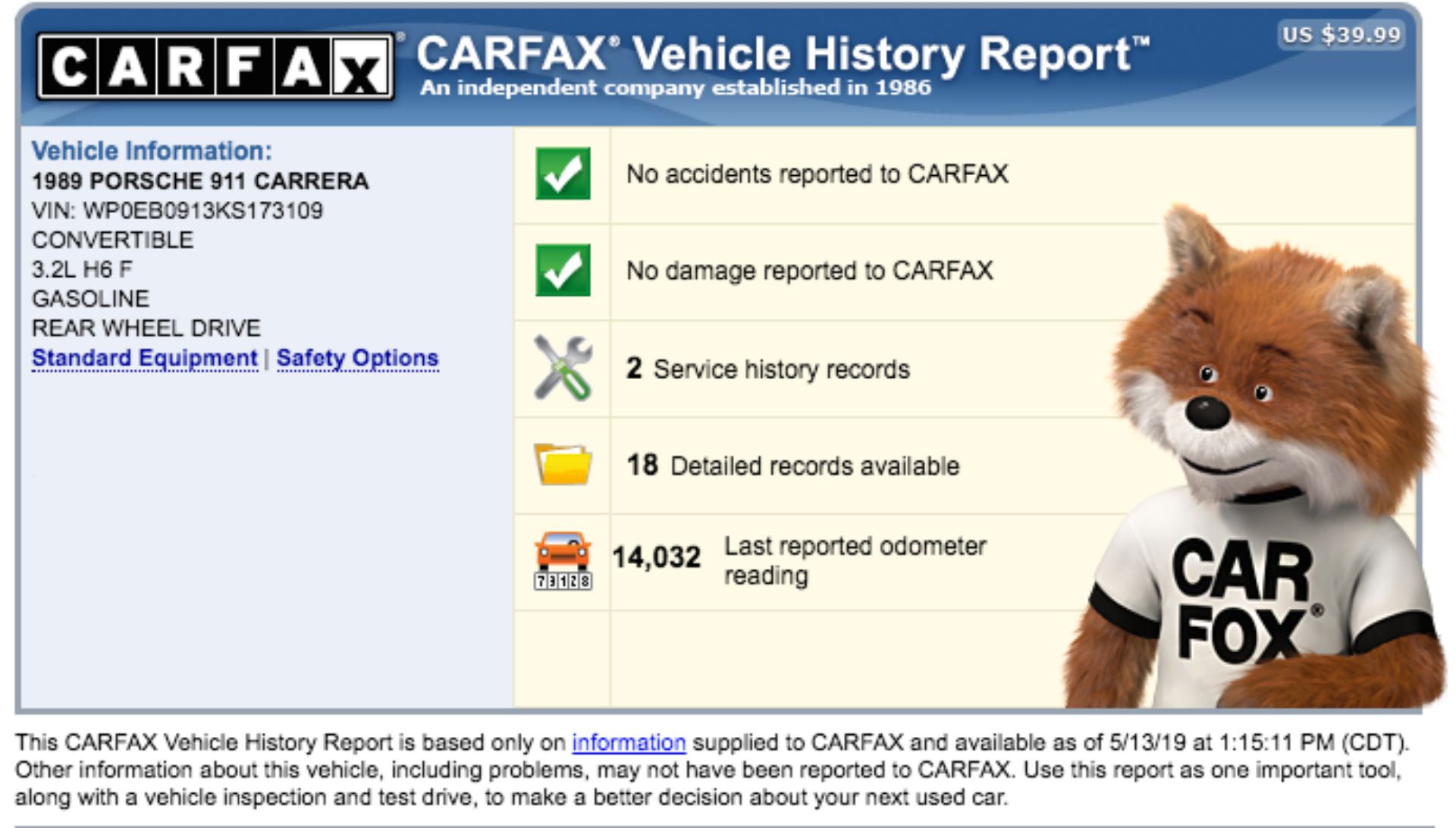