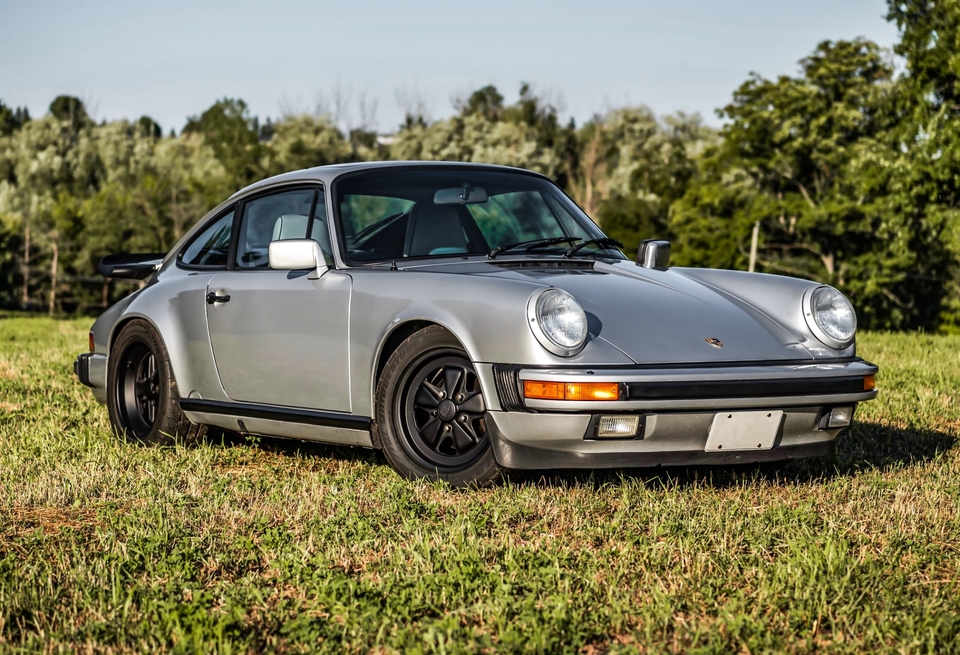 Now available for auction is this 1989 Porsche 911 Carrera 25th Anniversary Edition presented in Silver Metallic over a Silk Grey leather interior.  Imported to Canada by a previous owner in 2010, this 1989 Carrera represents one of only 300 25th Anniversary Examples delivered to the U.S. market. Given the provenance of this special edition, this 911 was treated to an upgraded Elephant Racing suspension setup as well as a full engine rebuild with a 3.4 L displacement upgrade resulting in unadulterated driver-oriented performance. Showcasing some considerable performance upgrades as well as a desirable factory G50 5-speed manual transmission, this tastefully appointed Anniversary Edition is now being offered for auction in brilliant running order with approximately 121k miles showing on the odometer. 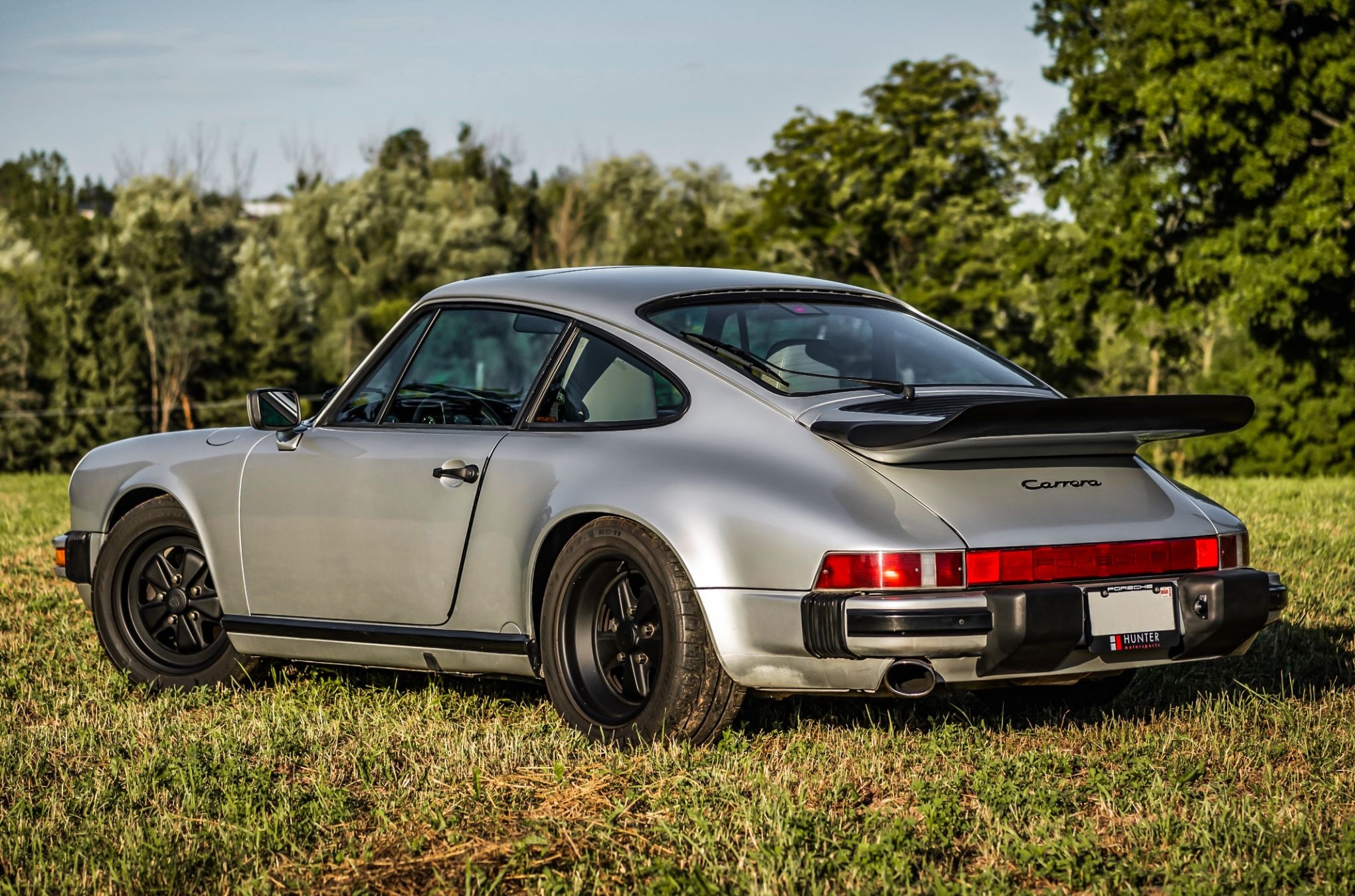 Stated to have always been garage kept under the current ownership, the Silver Metallic finish on this Anniversary Edition is said to be in good overall condition with a few minor rock chips and touch-ups (detailed images are provided in the photo gallery).  The seller notes that a professional ceramic coating treatment was performed in 2019 which is backed by a 10-year warranty.  Visual highlights include factory front and rear spoilers as well as factory Fuchs wheels which have been powder coated in black and preserved under ceramic coating.  New Bridgestone RE-11 tires were also installed within the last 3k miles. 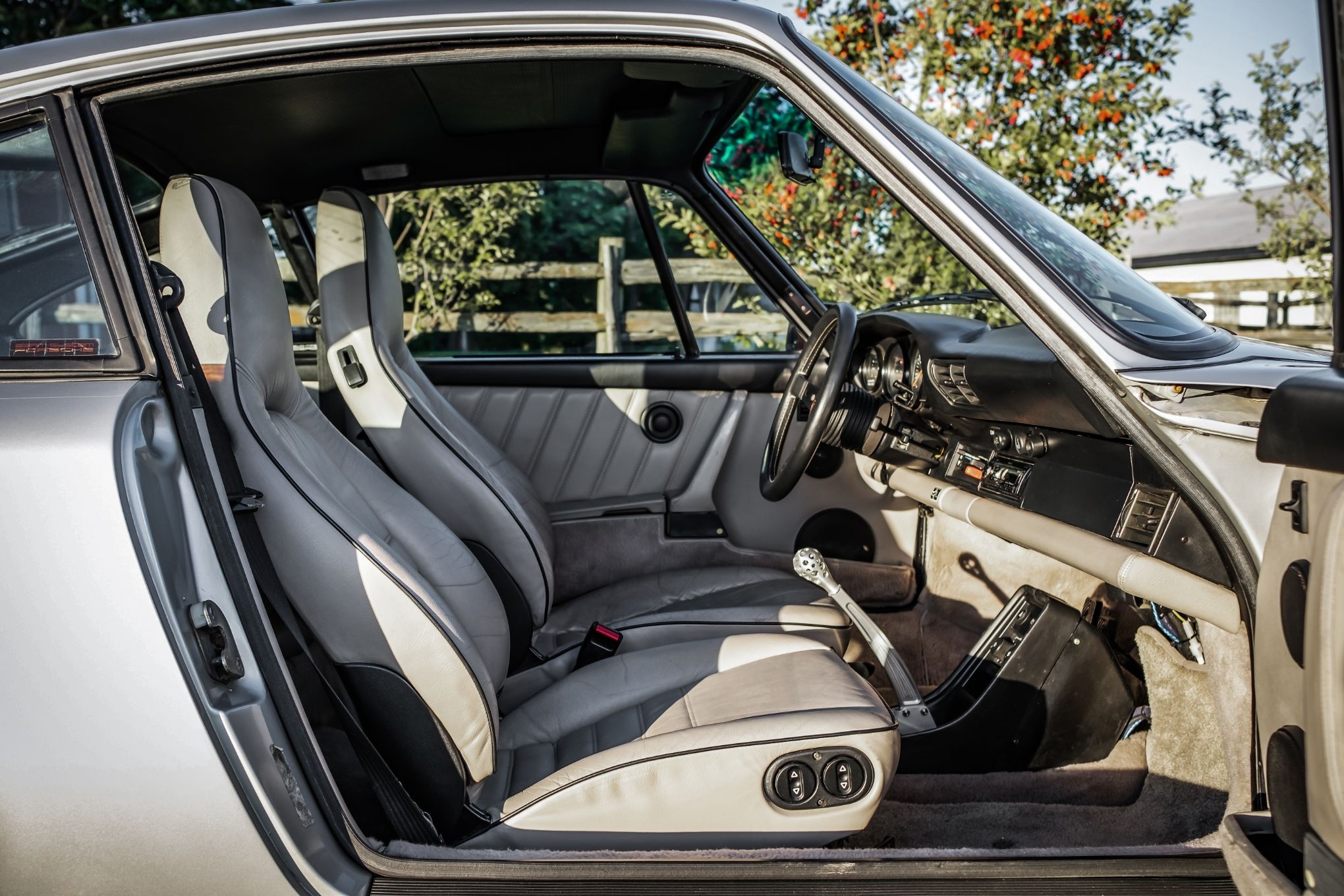 The Silk Grey leather upholstered cabin is said to be in good shape for its age with some minor creasing on the seats.  Modifications include a Momo Prototipo steering wheel, a Wevo shifter and an aftermarket Kenwood head unit with Bluetooth compatibility and an iPhone connection. Factory options include headlamp washers, a sunroof and rear window wiper. The seller notes that the "25th Anniversary" placard is no longer present on the dashboard. The air conditioning has also been upgraded to a RennAire system with a new condenser.  The driver’s side passenger window switch is said to be nonfunctional along with the cruise control feature, however, all other gauges and accessories are said to be working properly. 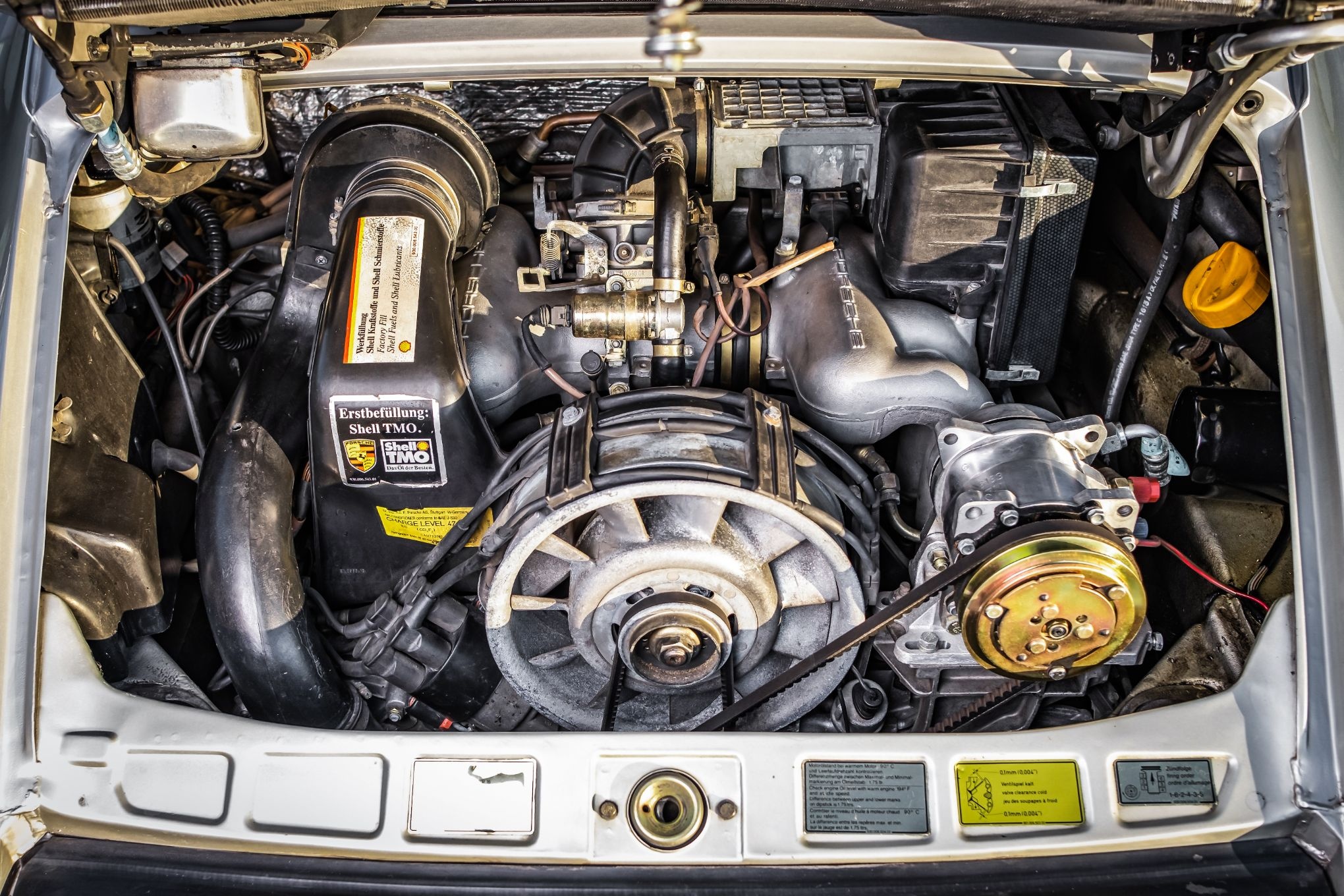 This 911 is powered by an air-cooled flat-six engine which has been fully rebuilt and upgraded from a 3.2 L to  a 3.4 L displacement through the use of 98mm bored cylinders.  The rebuild was performed in 2014 by Brett Hunter of Hunter Motorsports with approximately 14k miles added since this time.  The rear wheels are driven by way of a factory G50 5-speed manual transmission providing for smooth and precise gear changes. Performance upgrades have also been installed including:

The seller notes that the brake lines, pads and wheel bearings were replaced at 112k miles and that the alternator was replaced at 113k miles.  The fuel pump was replaced at 116k miles and a new battery was also recently installed along with new wiring.  This 911 is said to be in exceptional driving condition and the seller confirms this car to meet California emissions standards. 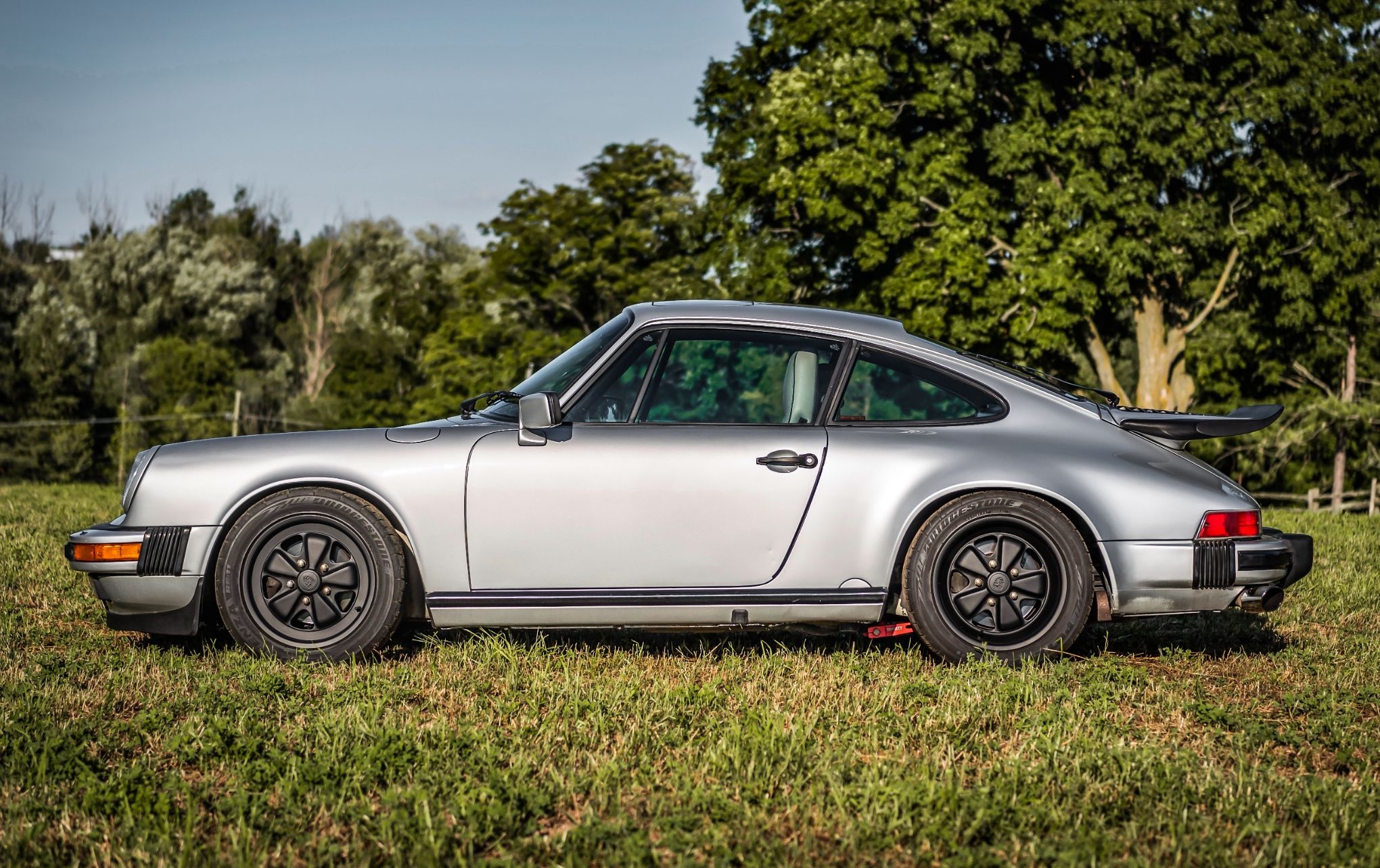 The sale of this 911 will include a set of 2 keys, books and tools, the original exhaust components, steering wheel and shifter, a clear title and a collection of service records.  A potential odometer rollback was noted on the Carfax report, although the seller has indicated this to be a clerical error made during a routine service.  Offering up driver-oriented performance and the prestige associated with a limited edition 911, this 1989 example represents an excellent opportunity for any vintage Porsche enthusiast.