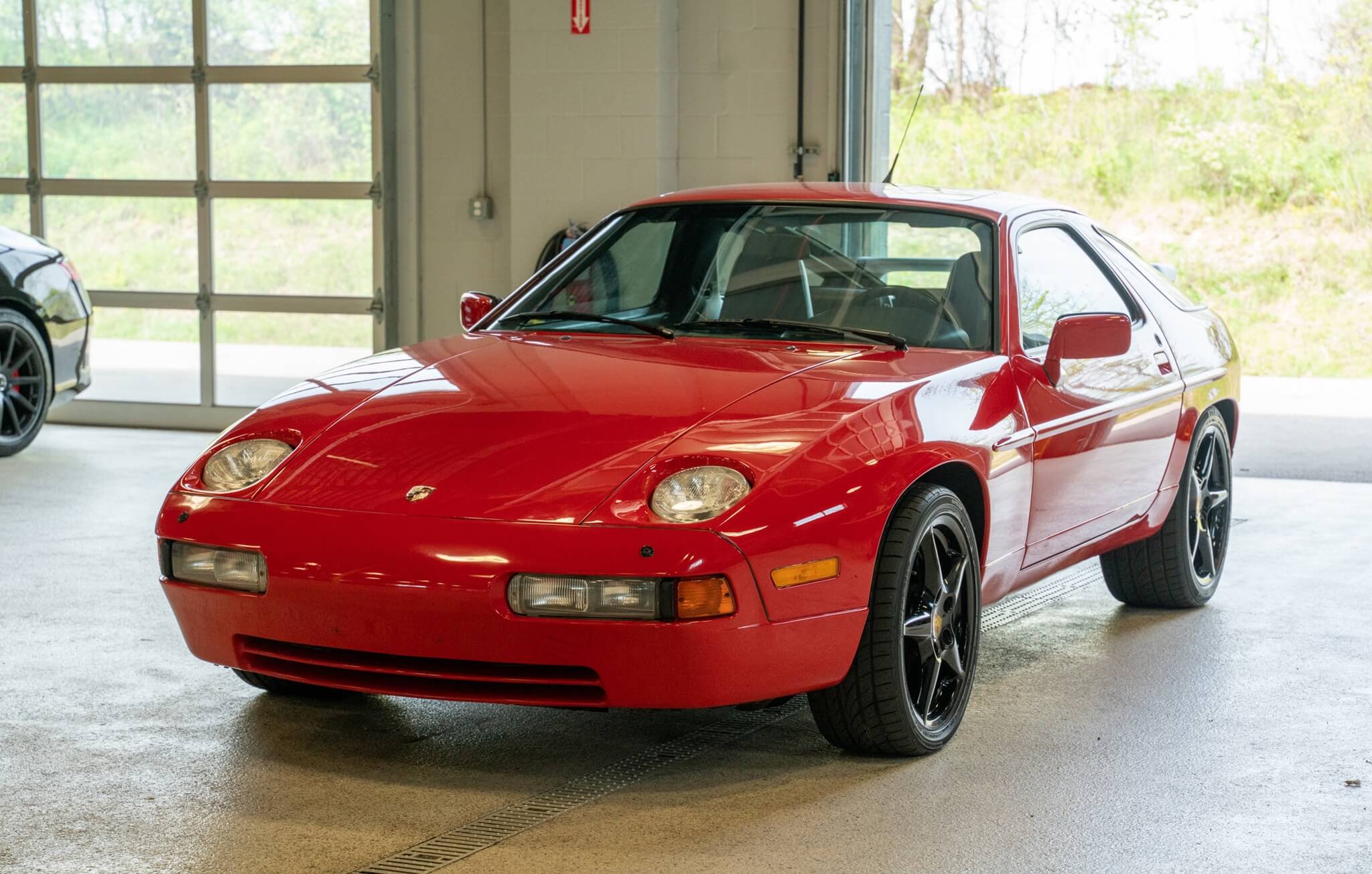 Now available is this 1989 Porsche 928 S4 finished in Guards Red over a black interior. Marking a significant update for the 928 series, the S4 model debuted revised styling, a rear spoiler, and a new 5.0L V8 DOHC engine with four valves per cylinder. This 1989 5-speed example is said to have undergone extensive service including a top-end engine rebuild, timing belt service, rebuilt fuel injectors, new fuel lines, and much more. Now with just over 67k miles showing on the odometer, this 928 S4 is being offered by its seller out of Michigan. 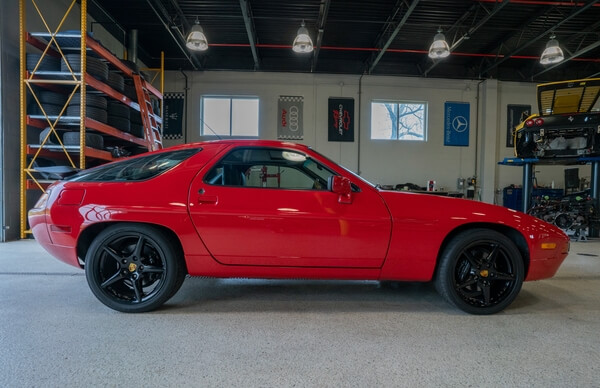 This 928 comes finished in traditional Guards Red and is distinguished as an S4 model by its revised front fascia, larger taillights, and large black polyurethane rear spoiler.  Body-colored side moldings were also optioned from the factory.  The seller notes that the hood and both front fenders have been previously refinished to address stone chips, additional images are provided in the gallery along with a clean CARFAX report.  This 928 rides on a set of 997-generation 19” Carrera III wheels which are finished in black and dressed in Sumitomo HTR ZIII tires showing date codes from 2015. 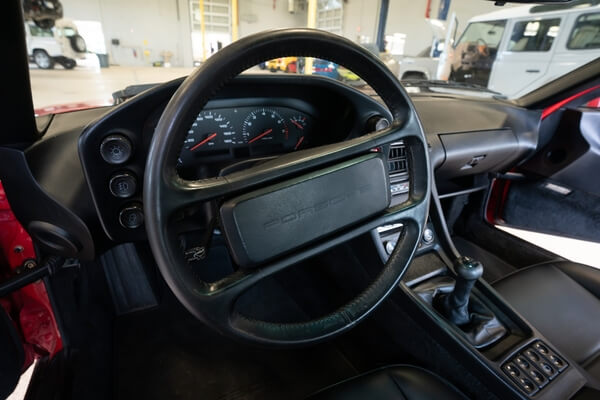 Inside, you will find a black leather interior with upgraded Porsche Sport Seats. This 928 also features power windows and door locks, a sunroof, a rear window wiper, and an upgraded Pioneer radio. The seller notes all gauges and accessories to be functioning properly apart from the air conditioning system. 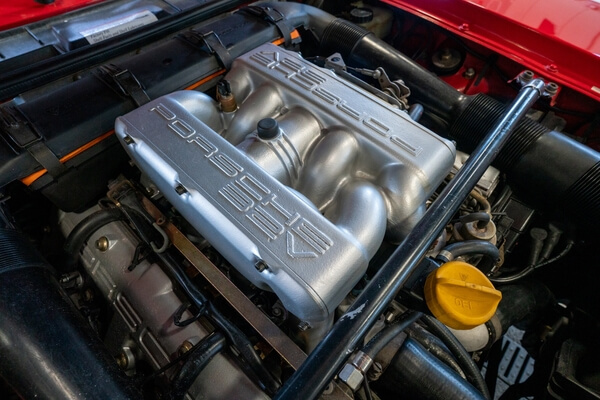 This S4 is powered by a 5.0L V8 DOHC engine with four valves per cylinder and an output of up to 320 HP and 317 lb.-ft of torque.  Paired with a rare 5-speed manual transaxle, this engine can accelerate the 928 S4 from 0-60 MPH in approximately 5.5 seconds while reaching a top speed over 160 MPH.  The seller reports several major services to have been carried out including a top-end engine rebuild with powder-coated camshaft covers and refreshed intake assembly, a new timing belt and tensioner with a Por-ken hydraulic unit, new accessory belts, rebuilt injectors, a brake fluid flush with all new steel hoses, all new fuel hoses, and several new vacuum lines. The only reported item yet to be addressed is a minor leak from the engine oil pan.

This sale will include a clean title.  This sought-after 5-speed 928 S4 is just waiting to be enjoyed by a new caretaker, do not miss your chance to get behind the wheel.