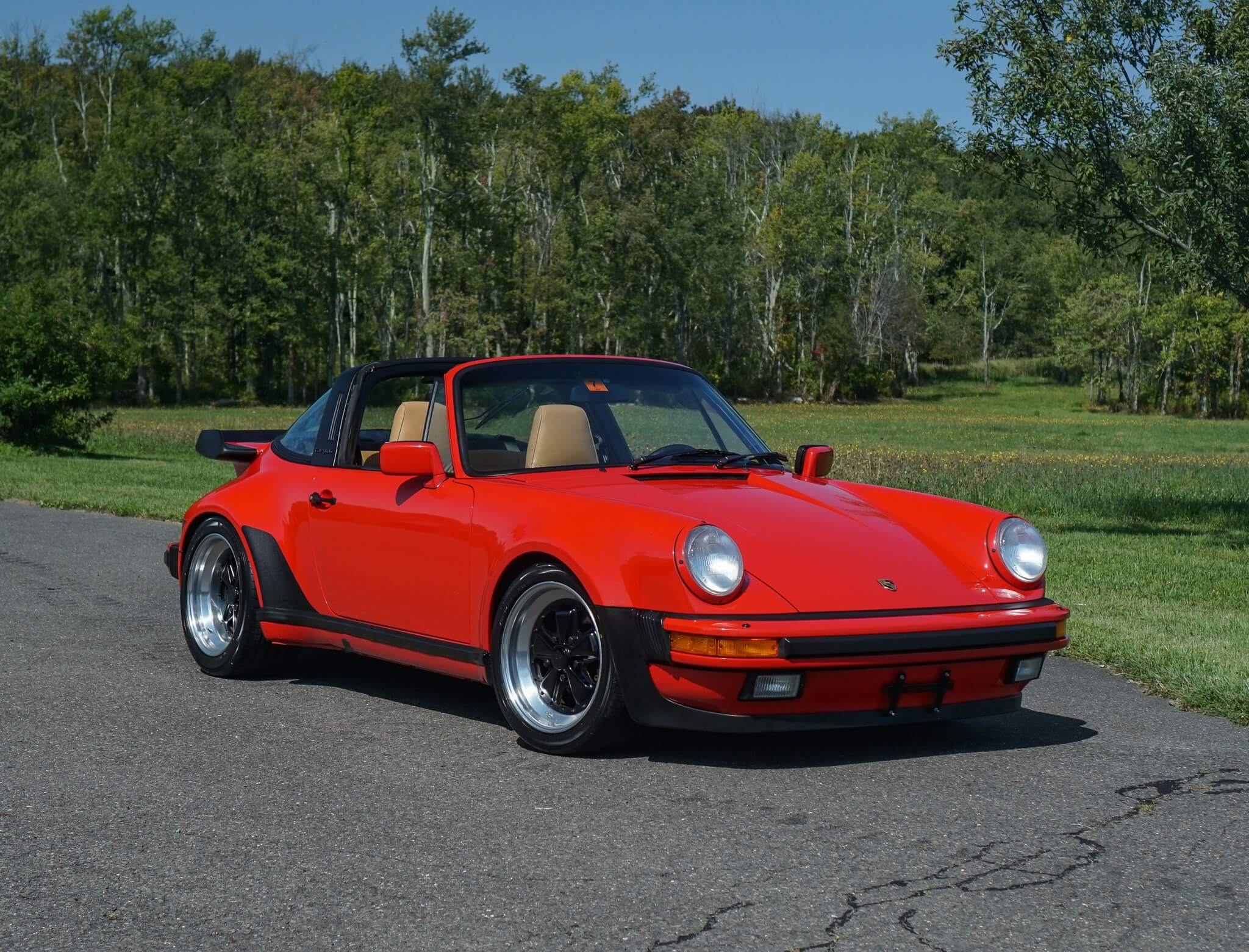 Among the rarest and most desirable versions of the Porsche 911 Turbo, this 1989 930 Targa is one of just 109 examples produced for the United States and marks the only year the 930 Turbo was equipped with the 5-speed G50 manual gearbox. It wears traditional Guards Red paint over a Cashmere Beige and Black partial leather interior and features an optional limited-slip differential, shortened gear shift lever, amplified stereo system, and supple leather seats. The car was sold new by Avon Motor Cars in Connecticut and remained under the care of its second owner, a PCA member, from 1999 to 2014 when it was acquired by the seller. Benefitting from a major recent service and accompanied by a Porsche Certificate of Authenticity, this rare final-year 930 Targa is now being offered for auction by its third owner out of Connecticut while showing approximately 45k miles on the odometer. 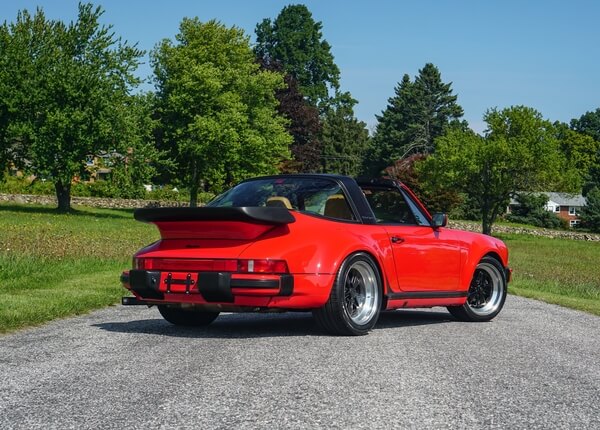 This 930 is finished in Guards Red with a removable black Targa top. The Turbo-specific bodywork includes a distinctive Tea Tray rear spoiler, wide fenders with black stone guard decals, and a front valence with integrated fog lights and a lower chin spoiler. The aftermarket 17” Fuchs-style multipiece wheels have been dressed in a set of brand new Sumitomo tires and the seller describes the exterior finish to be in very good overall condition. Detailed images are provided in the gallery along with a clean CARFAX report. 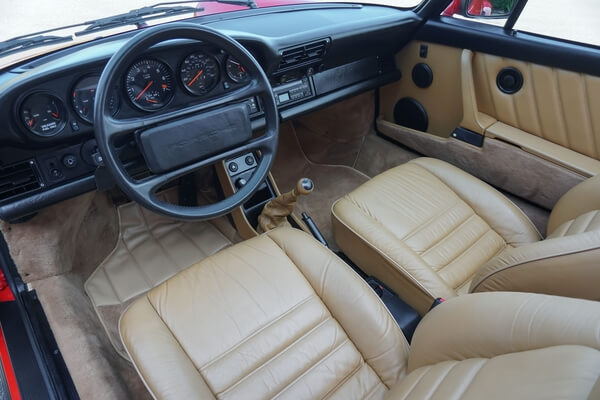 The Cashmere Beige and Black partial leather interior is appointed with optional supple leather seats from the factory as well as a shortened gear shift lever and amplified sound system. The hood struts were replaced during a recent service along with a recharge of the A/C system. Minimal signs of wear are noted, and the seller confirms all gauges and accessories are fully functional including the original factory radio. 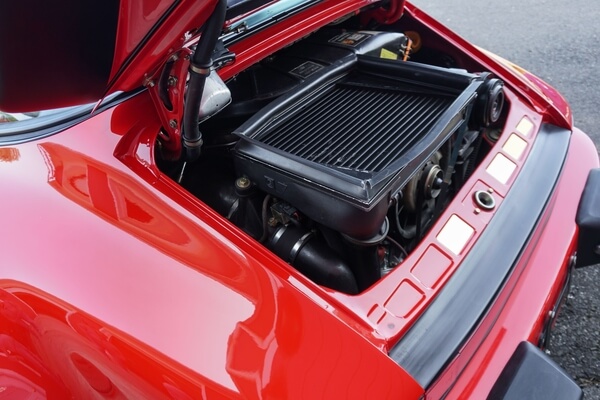 A turbocharged and intercooled 3.3-liter flat-six engine delivers up to 282 HP and 289 lb.-ft of torque to the rear wheels by way of a 5-speed G50 manual gearbox and a factory-optioned limited-slip differential. The car has been meticulously maintained under the care of its long-term second and third owners, and a recent service completed in August 2022 included new brake hoses as well as an engine leak-down test.

This sale will include owner's manuals, a toolkit, a spare tire, service records, a Porsche Certificate of Authenticity, and a clean Montana title.