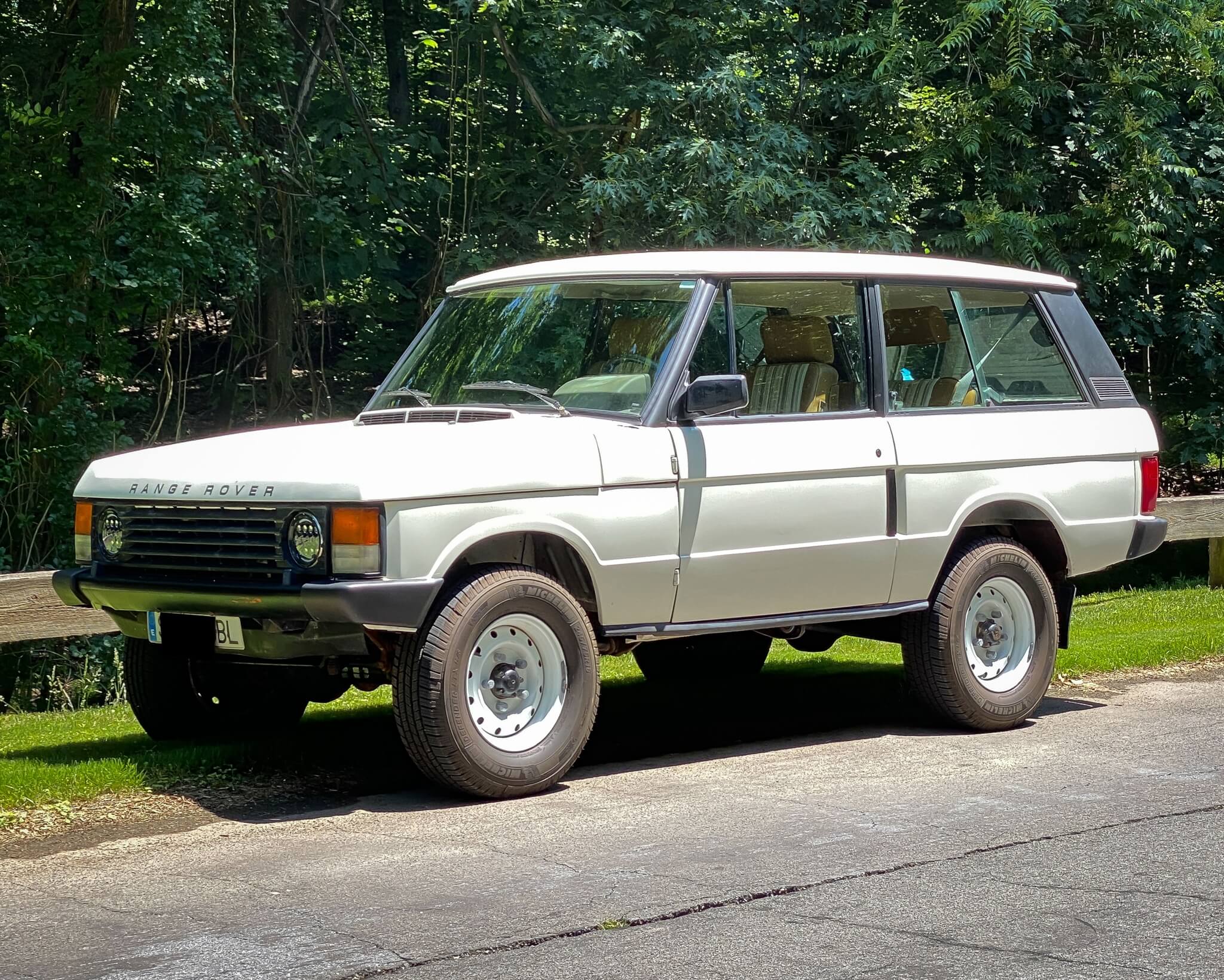 Now up for auction is this 1990 Land Rover Range Rover Classic Two-Door finished in white over a Safari-style tan interior with striped seat inserts. This left-hand drive two-door Spanish-market Range Rover was purchased from Autology Motors of Valencia, Spain, in 2017 and was subsequently imported to the U.S. under the 25-year rule. Since being imported, extensive service and upgrades have been completed by Independent Land Rover of Maryland, with the goal of improving the overall performance and reliability. Items addressed during this time include the clutch, tires, coolant hoses, drive belts, and much more. Now with just over 188k kilometers (117k miles) showing on the odometer, this Range Rover Classic is being offered for auction by its seller out of Washington D.C. 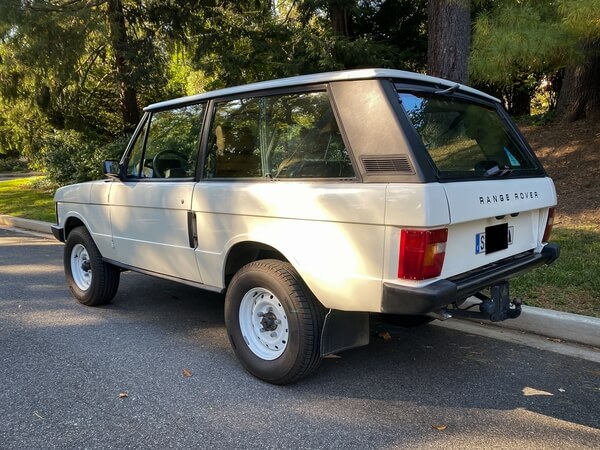 This Range Rover comes finished in white and features a unique two-door configuration that was never officially offered in the United States.  The exterior is believed to have been refinished in the current shade of white at some point under prior ownership, and the seller notes several nicks and scratches throughout the exterior as well as general signs of wear commensurate with the car’s age and mileage. Some rust has been identified on the door hinges, front drivers-side fender, and the rear tailgate which can also be difficult to operate. Additional images are provided in the gallery along with a clean CARFAX report.  The headlights have been upgraded with LEDs for improved visibility and a set of white-painted 16” steel Wolf wheels have been fitted and dressed in Michelin Defender LTX tires.  The tires are said to have been purchased in 2018 within the last 4k miles, and the seller states that an additional set of Tornado-style wheels will accompany the sale. 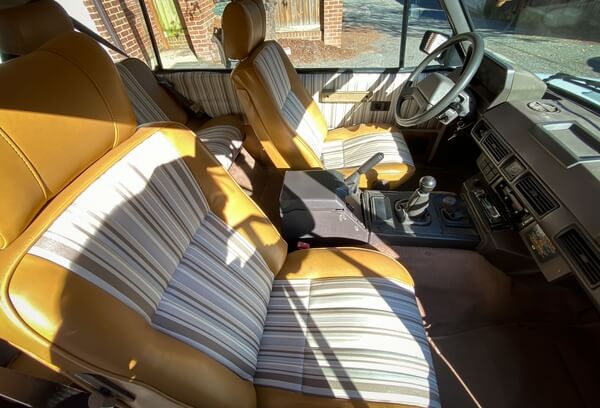 The cabin is trimmed in tan upholstery with striped cloth inserts on the seats and door panels. The seats were completely recovered by Autology Motors in Spain and are said to be in good overall condition with minor damage on the rear of the front passenger seat. The rest of the cabin is said to reflect the age of the vehicle with the dashboard, vents, and center console showing signs of wear. All gauges, lights, and accessories are said to be functional with the exception of the A/C which does not blow cold, and the power windows which operate slowly. 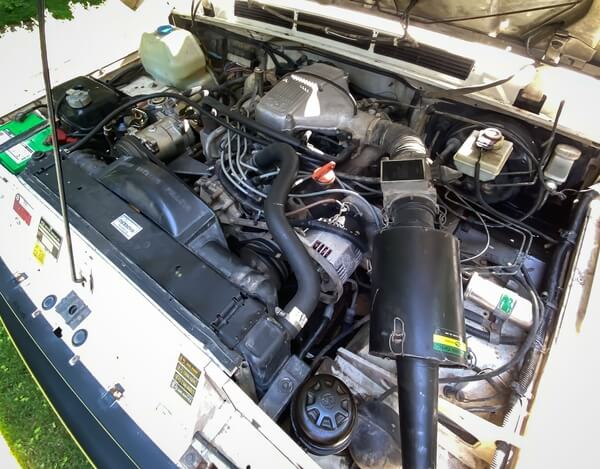 A gasoline-powered 3.9L V8 engine drives all four wheels through a 5-speed manual gearbox and a two-speed transfer case. Upon arrival in the U.S., the truck received a major service including a full fluid flush, tune-up, new belts and hoses, a new clutch, rear main seal, tie rod ends, swivel ball assemblies, universal joints, front wheel bearings, and power steering lines. Modifications include a modest suspension lift with new front and rear shocks, an aftermarket exhaust, and retrofitted front and rear sway bars which greatly improve stability and handling. A collection of service records are provided for reference in the gallery. 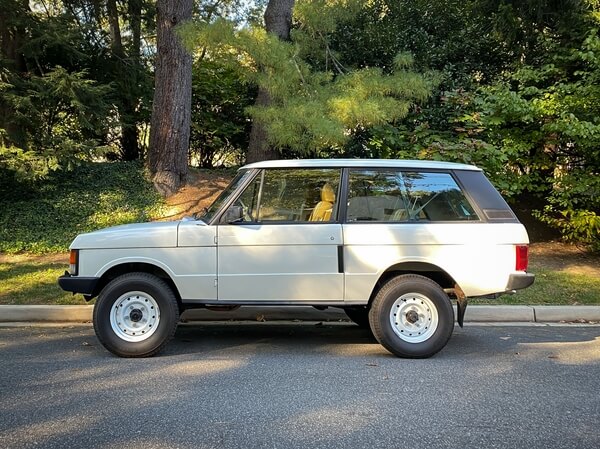 This sale will include an additional set of wheels, service records, and a clean title.  A unique and increasingly collectible vintage 4x4, this rare two-door European-market Range Rover is not to be overlooked.