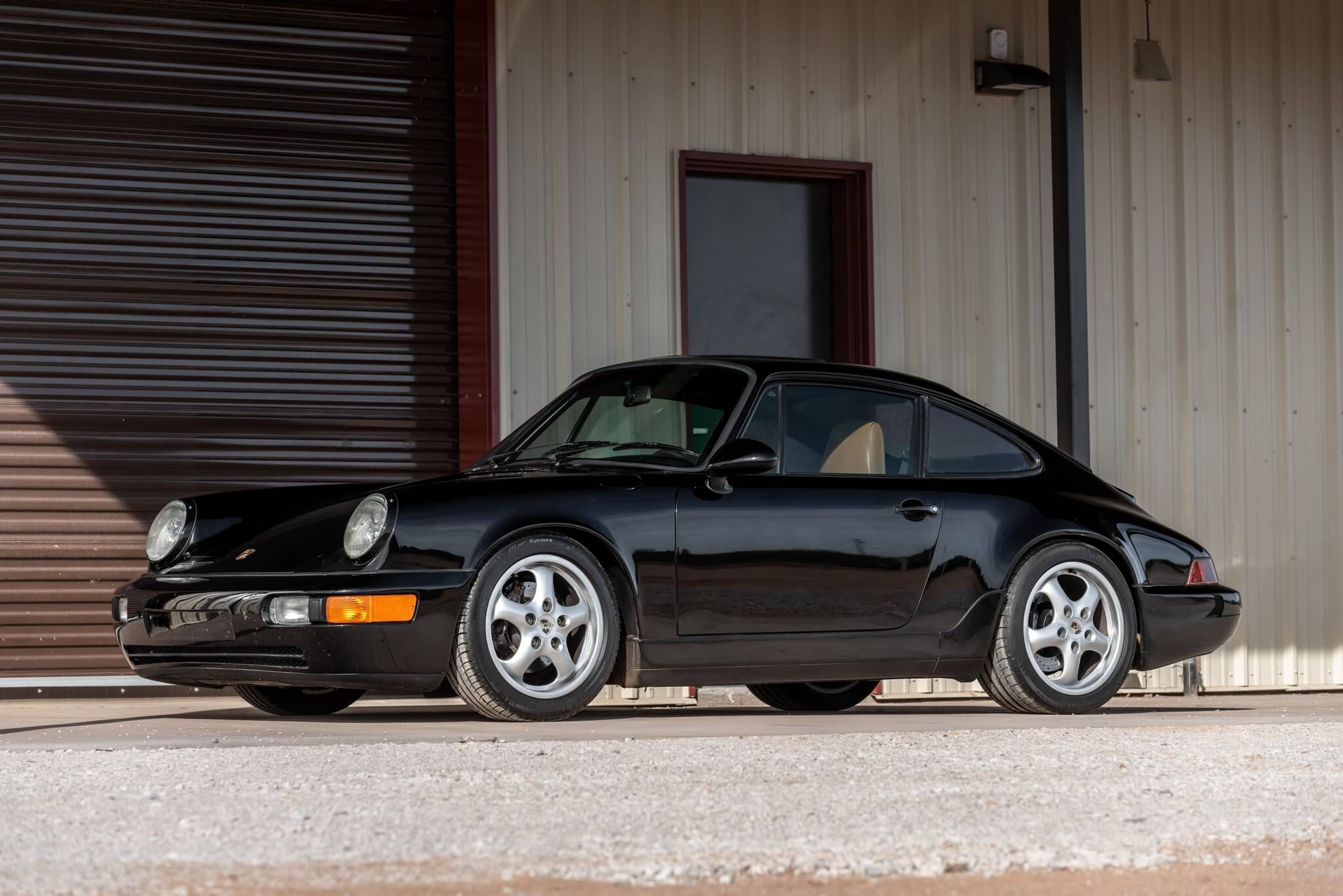 Now up for auction is this 1990 Porsche 964 Carrera 2 Coupe finished in Black over a Cashmere Beige and Black partial leather interior.  One of the most significant evolutions for the Porsche 911, the 964 generation debuted a new twin-plug 3.6L engine, revised suspension, improved aerodynamics, and was the first Porsche 911 to offer power steering and anti-lock brakes (ABS).  This 1990 example features a 5-speed G50 manual gearbox driving the rear wheels and was factory equipped with an optional limited-slip differential.  It was acquired by the current owner about three years ago and subsequently brought to the specialists at SCarGo of San Rafael, California, for a major overhaul including new tires, brakes, suspension, a new clutch, air-conditioning service, and a full custom sound system.  Driven approximately 1k miles since, this Carrera 2 is now being offered for auction by its owner out of California. 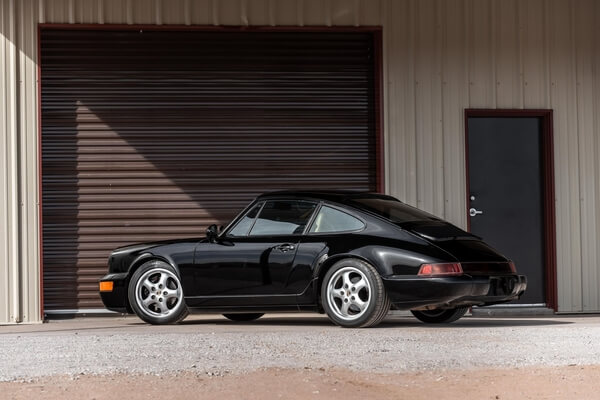 This 964 was ordered in Black (L700) and has been equipped with updated Aero mirrors and modern vintage-style LED headlight assemblies from John Audette.  The seller notes one small chip on the hood which has been previously touched up, and some other cosmetic imperfections are depicted in the gallery along with a clean CARFAX report.  This Carrera 2 rides on updated 993-style 17” Cup 2 wheels fitted with colored Porsche crest center caps.  The Michelin Pilot Sport tires were mounted within the last 1k miles. 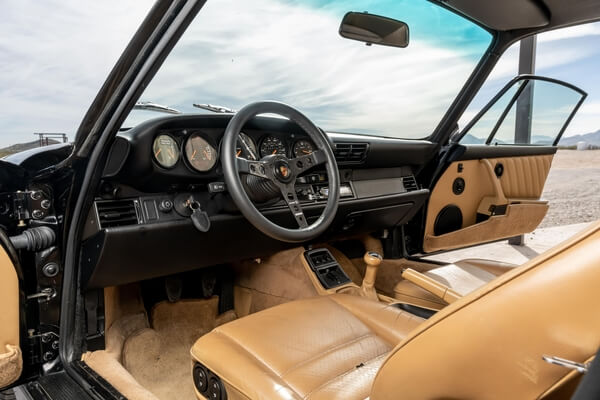 The Cashmere Beige and Black partial leather interior (LC) has been fitted with a carbon fiber Momo Prototipo steering wheel and a new custom sound system including an Alpine Bluetooth head unit and dual subwoofers mounted behind the front seats.  The air-conditioning system was serviced by SCarGo in 2020 and the seller reports all gauges and accessories to remain fully functional.  The handbrake lever is slightly bent to the left and some tears are noted in the headliner. There are also signs of wear present on the driver's seat including a tear on the lower cushion. The factory specifications label on the underside of the hood shows the following equipment codes: 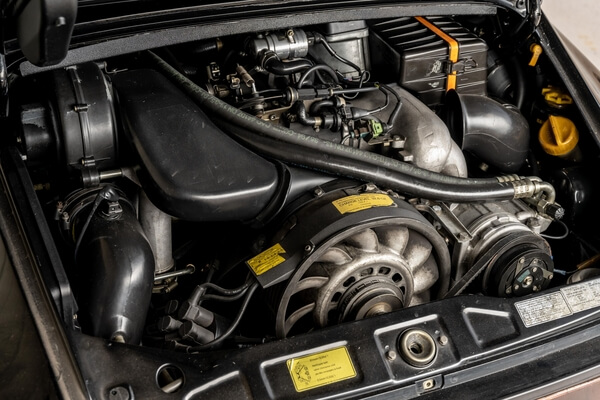 As much as 247 HP is sent to the rear wheels from an air-cooled 3.6L flat-six engine paired with a 5-speed G50 manual gearbox and an optional limited-slip differential.  The major service by SCarGo in 2020 is said to have included a new clutch as well as an overhaul of the brakes and suspension. 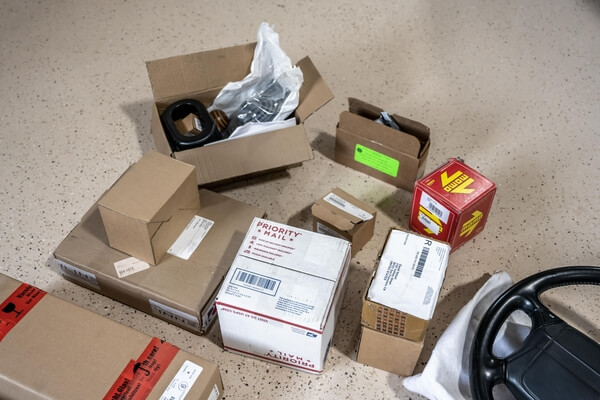 This sale will include a clean title, the original steering wheel, rear seatbacks, some assorted spare parts, and uninstalled upgrades. The 964 is quickly becoming one of the most sought-after air-cooled Porsches on the market, do not miss your chance to own this 5-speed 1990 Carrera 2.