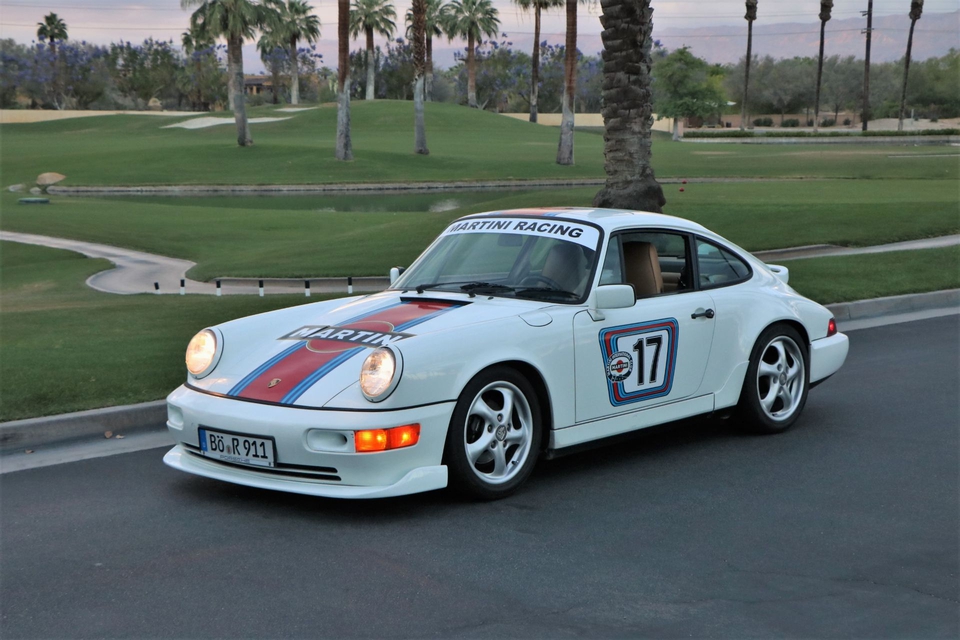 Up for auction is this incredible 1990 911 Carrera 4 Coupe that pays homage to the famous Martini Racing team. The current owner brought the look and performance of this 964 to a whole new level with the array of tasteful upgrades installed. The car started its life in New Mexico where it had remained until being purchased by the current owner a year and a half ago. It now resides in Palm Desert, CA and is stated to have been meticulously maintained throughout its life, including a full engine rebuild. The odometer is currently showing 152,428 miles. 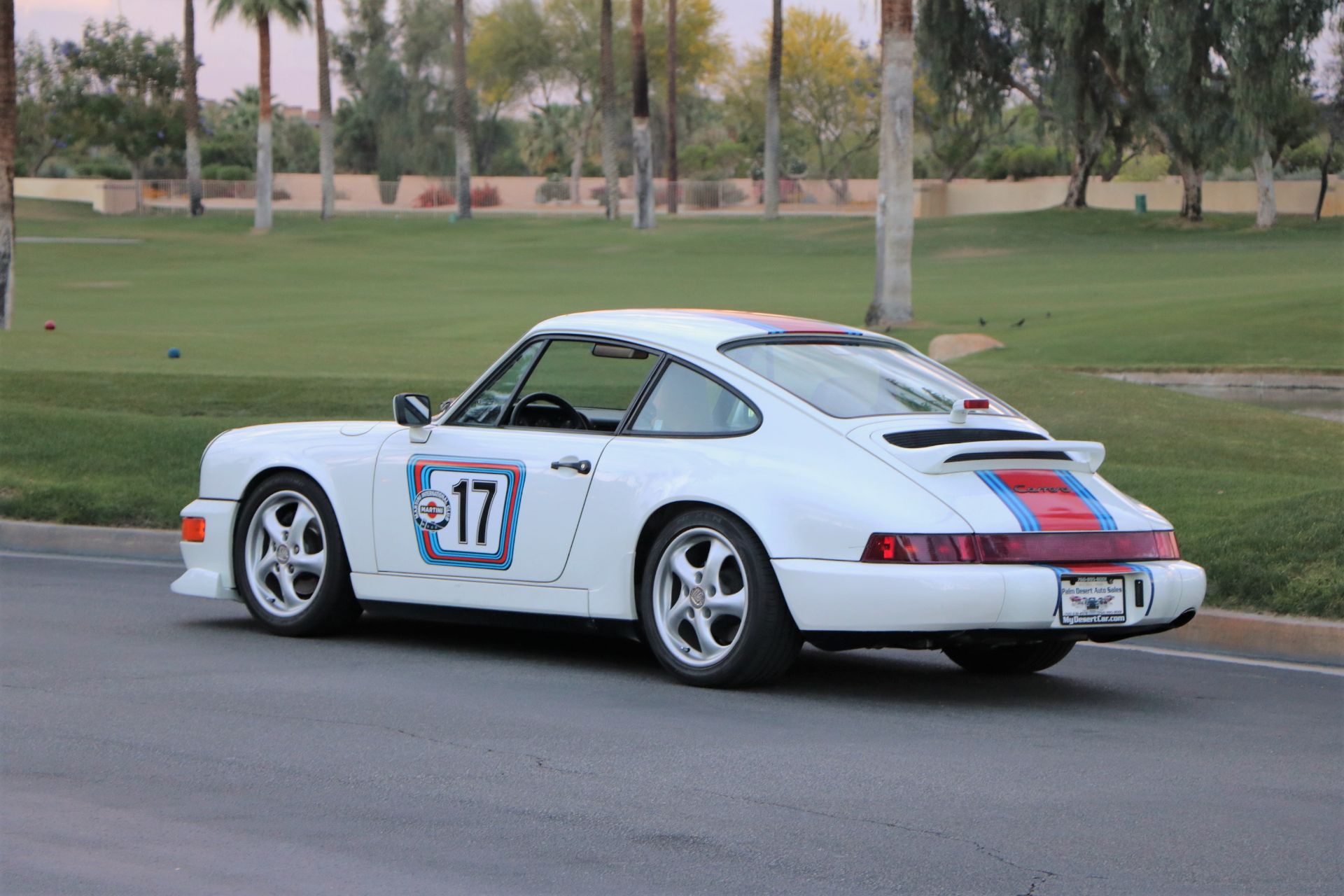 The Grand Prix White paint is stated to be in excellent condition with only a few minor chips on the front end and a minor scratch next to drivers side tail light. Paint meter readings can be viewed in the photo gallery, showing that the paint is believed to be all original.  A few noteworthy exterior upgrades include the Martini racing decal package, an upgraded front splitter, deck lid spoiler, and 17" wheels. Additionally, this 964 has been lowered to a euro-spec ride height and is equipped with KW Springs; providing increased performance and a more aggressive stance. 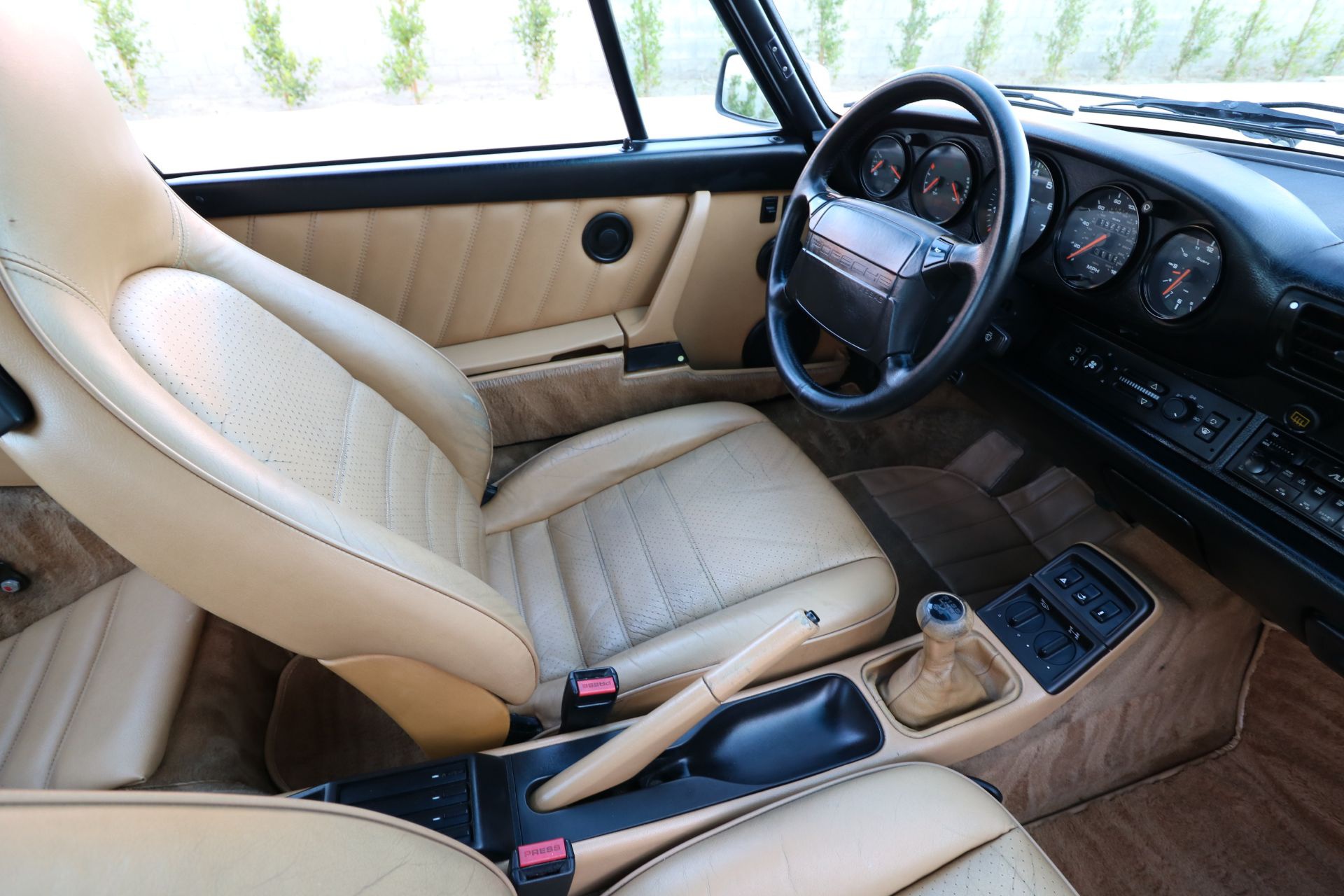 The all original tan and black leather interior is said to be in great condition. The seller notes slight cracking in the dashboard and minor wear on the leather seats. All electronics work as they should including the upgraded Alpine head unit and factory sunroof. 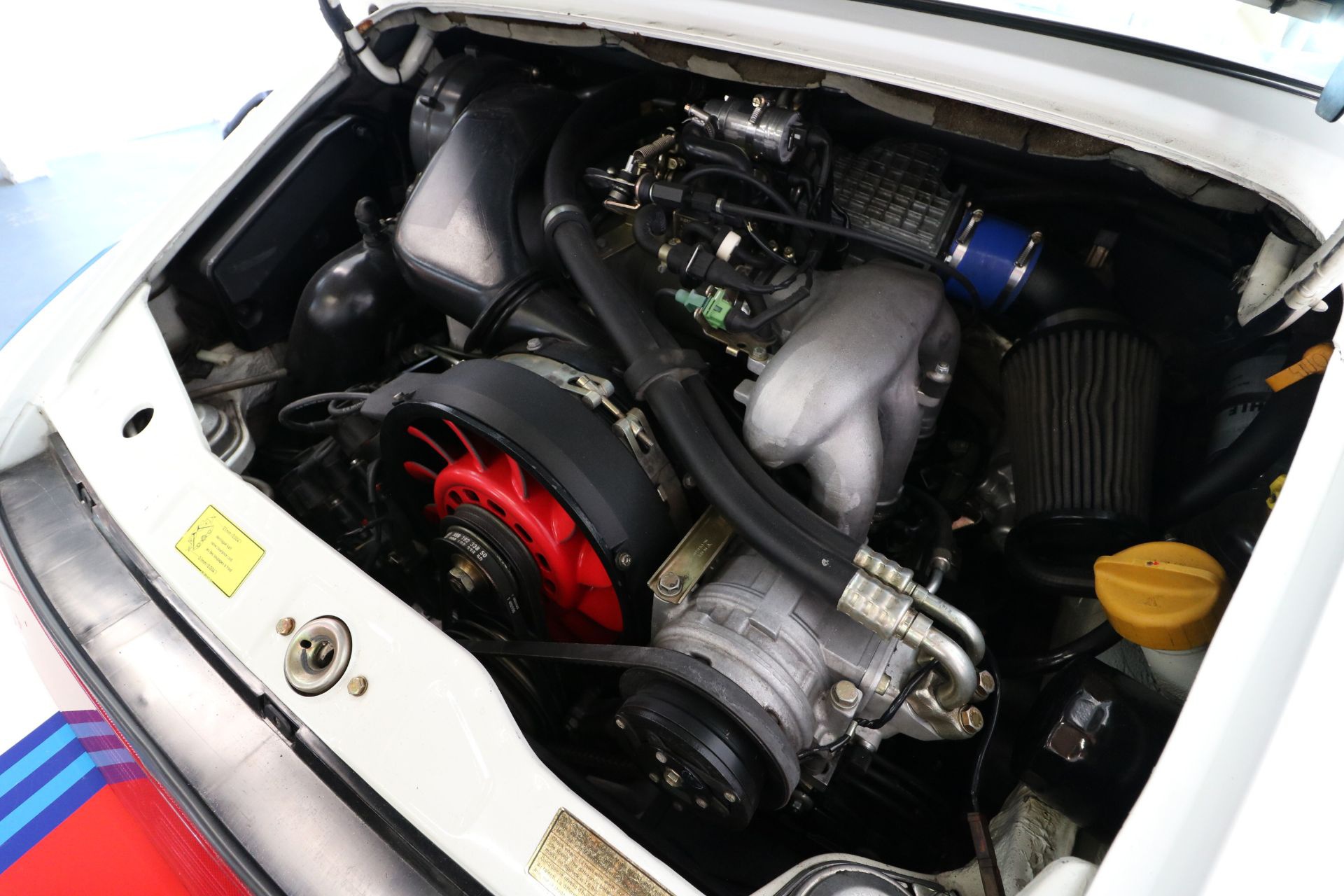 Powering this 911 is a 3.6L air-cooled flat-six engine rated at 247 HP and 228 lb-ft Torque.  Power is delivered to all four wheels via a 5-speed manual transmission. The seller states that the engine was completely rebuilt due to a leaching case in December of 2018 and has only been driven 300 miles since. The work was performed by Desert Performance Motorsports at a total cost of over $11k. In addition, the clean Carfax will confirm consistent services performed since 1996. 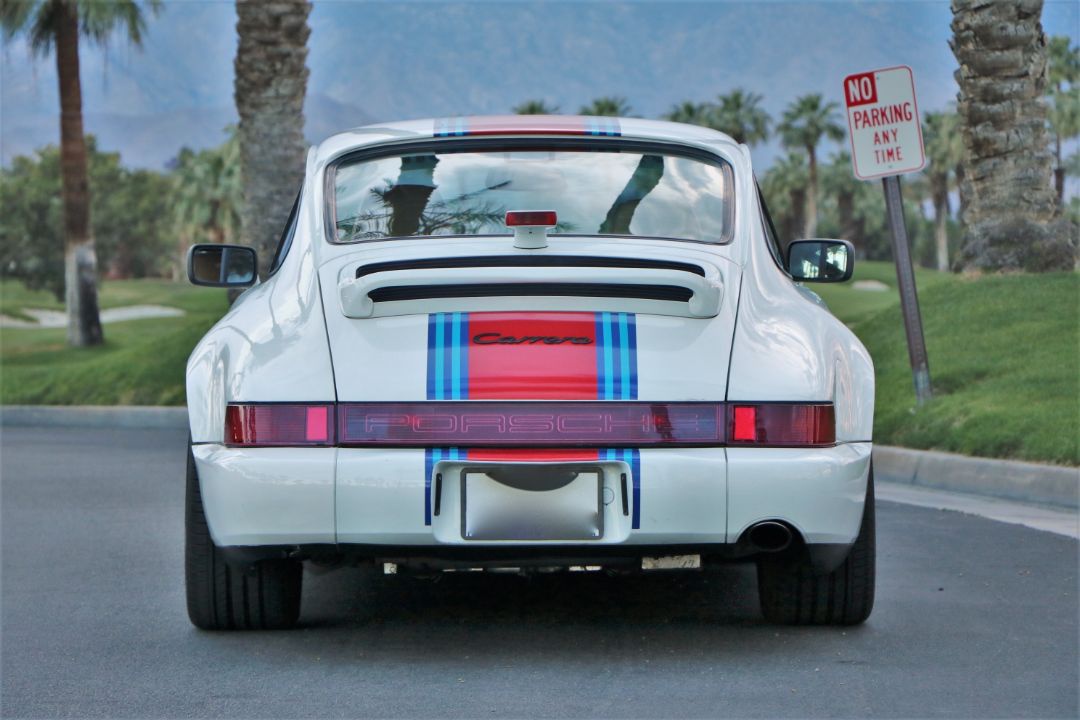 The Porsche 964 Generation is considered by many to be the best of all Air-Cooled Porsche models. The 964 elegantly blends traditional 911 design elements with a sporty yet comfortable ride quality.  The dashboard retains many elements of the G-body cars while introducing new technologies such as dual airbags, ABS brakes and Power steering. Mounted in front of the more modern feeling shifter are controls for the power door locks and active aero spoiler. A good amount of mechanical advancements were also introduced with the 964, such as redesigned suspension components and the M64 Engine. 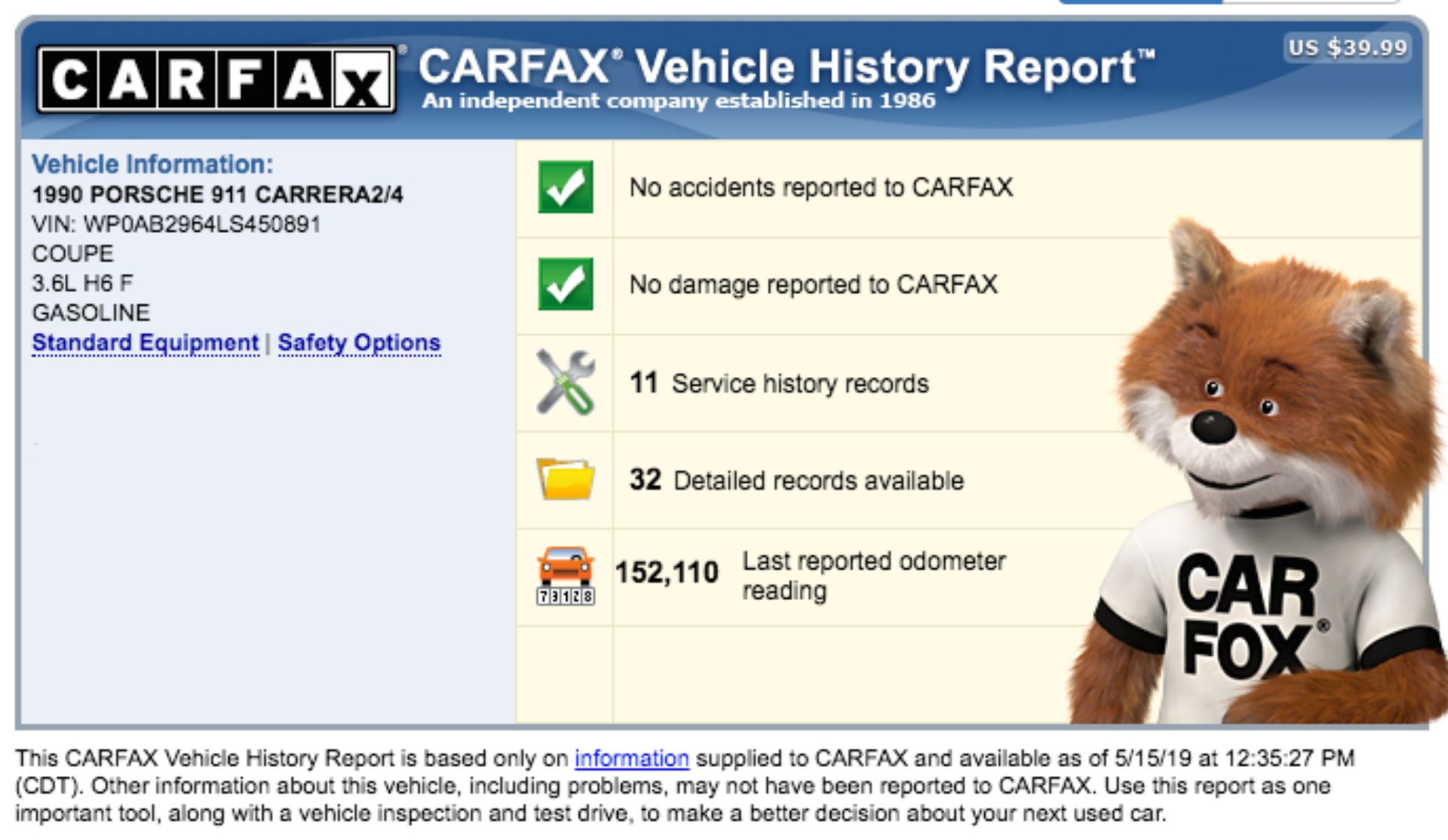 The sale will include a clean Carfax, records of engine build, books, service records, tools, and keys.