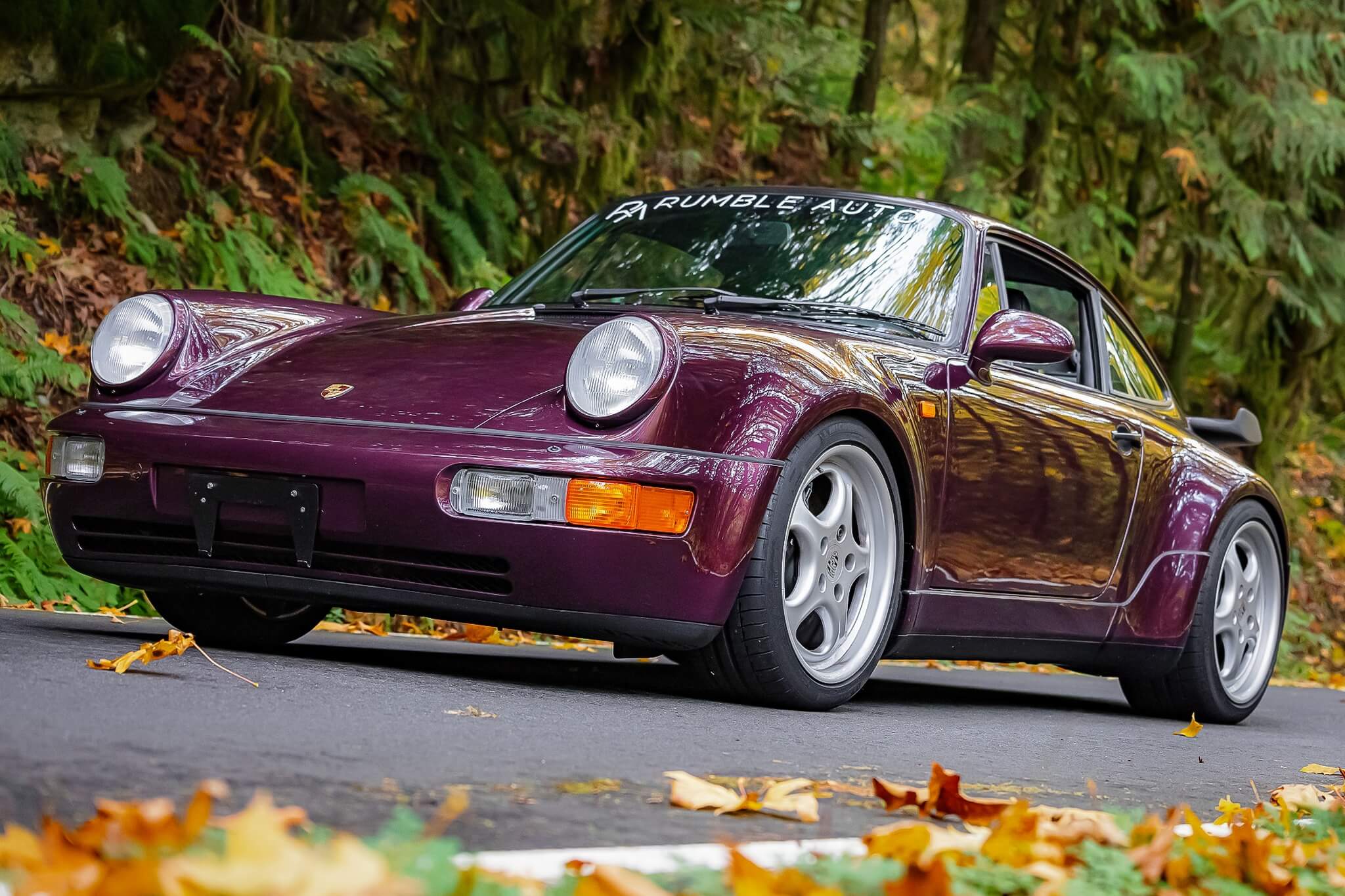 We are pleased to offer this 1992 Porsche 964 Turbo finished in Amethyst Metallic over black leather.  Joining the 964 model line in 1991, the Turbo featured wide bodywork, a familiar Tea Tray rear spoiler, and a heavily revised version of the 3.3L turbocharged flat-six derived from the prior 930 generation. One of only 836 RoW-spec examples produced for the model year, this 1992 Turbo had spent life in Japan before being imported to the U.S. in July of 2020.  Recently serviced and accompanied by a collection of maintenance records, this rare and beautifully configured 1992 Turbo is now being offered by its seller out of Washington with approximately 93k kilometers (58k miles) showing on the odometer. 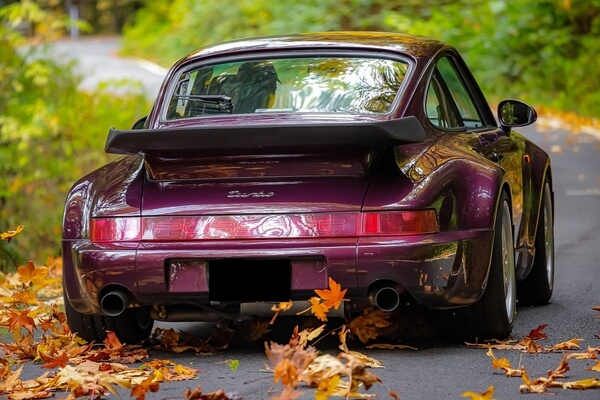 This Turbo comes finished in its factory special order color of Amethyst Metallic and can be differentiated from a U.S.-spec example by its European side marker lights, wider rear license plate cutout, and clear front lenses in place of rubber bumperettes.  A chrome Turbo 3.6 style badge has been added to the rear and the seller describes the finish to remain well preserved apart from some small chips and light swirl marks.  Paint meter readings are said to indicate potential paintwork to the rear decklid edges, detailed images are provided in the gallery.  This 964 rides on aftermarket 993 RS style wheels dressed Michelin Pilot Sport N3 tires. 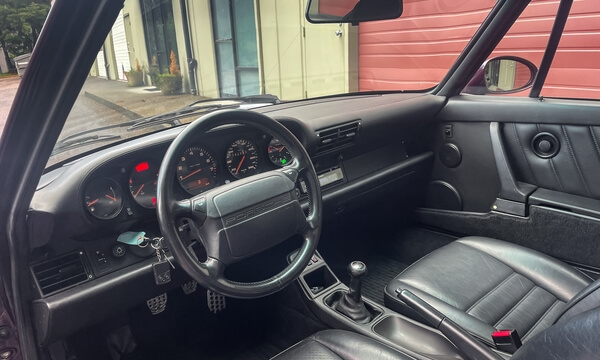 The cabin is trimmed in black full leather upholstery with matching carpets.  An aftermarket radio has been installed along with aluminum pedal covers.  Factory features include an electric sunroof, power-operated seats, power windows, a rear window wiper, and an onboard computer integrated within the tachometer that displays a trip odometer, outside temperature, and turbo boost pressure.

The 964 Turbo carried over the 3.3L turbocharged flat-six engine from the outgoing 930 model, with revisions including a larger turbocharger and intercooler.  As much as 315 HP and 332 lb.-ft of torque are sent to the rear wheels by way of a 5-speed G50/52 manual transmission with a limited-slip differential.  Compared to a standard 964 Carrera, the Turbo model also offered a stiffened suspension with larger anti-roll bars and an upgraded braking system with cross-drilled rotors and larger four-piston fixed calipers.  This example has been upgraded with a custom exhaust, and a collection of Japanese service records shows routine maintenance throughout the years.  Since arriving in the U.S., this Turbo has received over nearly $6k worth of service and upgrades including oil, filter, and gearbox fluid changes, new front brake pads and rotors, new rear brake pads and wheel bearings, new ball joints, FD Motorsport front control arm bushings, a Rennline rear trailing arm monoball kit, and ERP spring plate monoball kit.  Corresponding invoices are provided in the gallery along with photos from a major engine-out service and reseal performed in Japan. 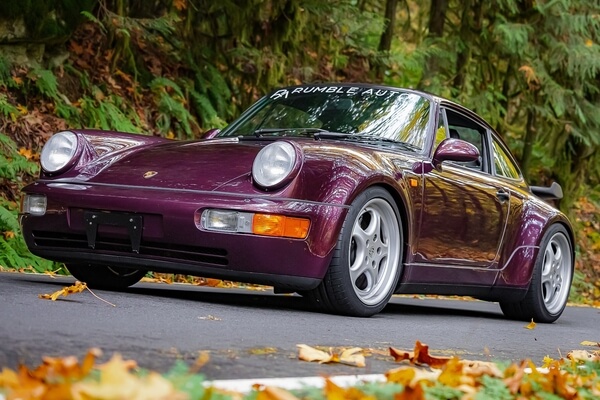 This sale will include a set of two keys with remote fobs, service records, and a clean title. One of the most elusive air-cooled cars on the market, this stunning Amethyst Metallic 964 Turbo awaits its next owner.