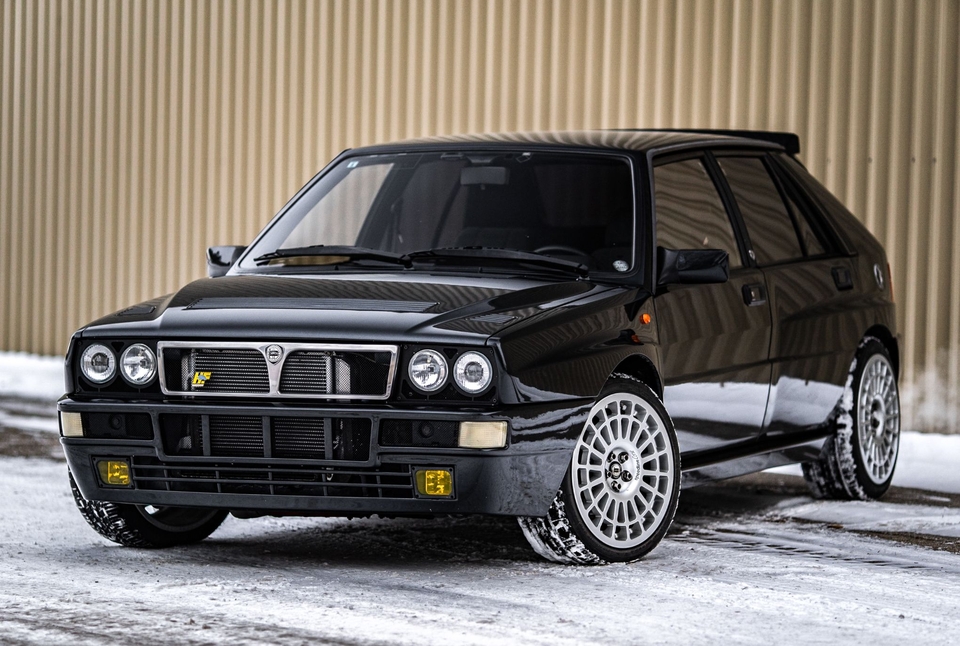 Up for auction is this 1993 Lancia Delta HF Integrale Evo 1 finished in special Black Mica paint over a black interior with dark green embossed Alcantara upholstery.  Based on the previous Delta HF, the heavily revised “Evoluzione” version became the final homologation car built by Lancia whose factory racing counterparts won Lancia’s final consecutive Constructor’s World Rally Championship in 1992.  Reported to have been sold new in Japan where it remained before its current owner imported it to Canada in 2017, this 1993 example is now being offered by its seller in Alberta accompanied by original books and tools, service records, and a Lancia Classiche Certificate of Authenticity. 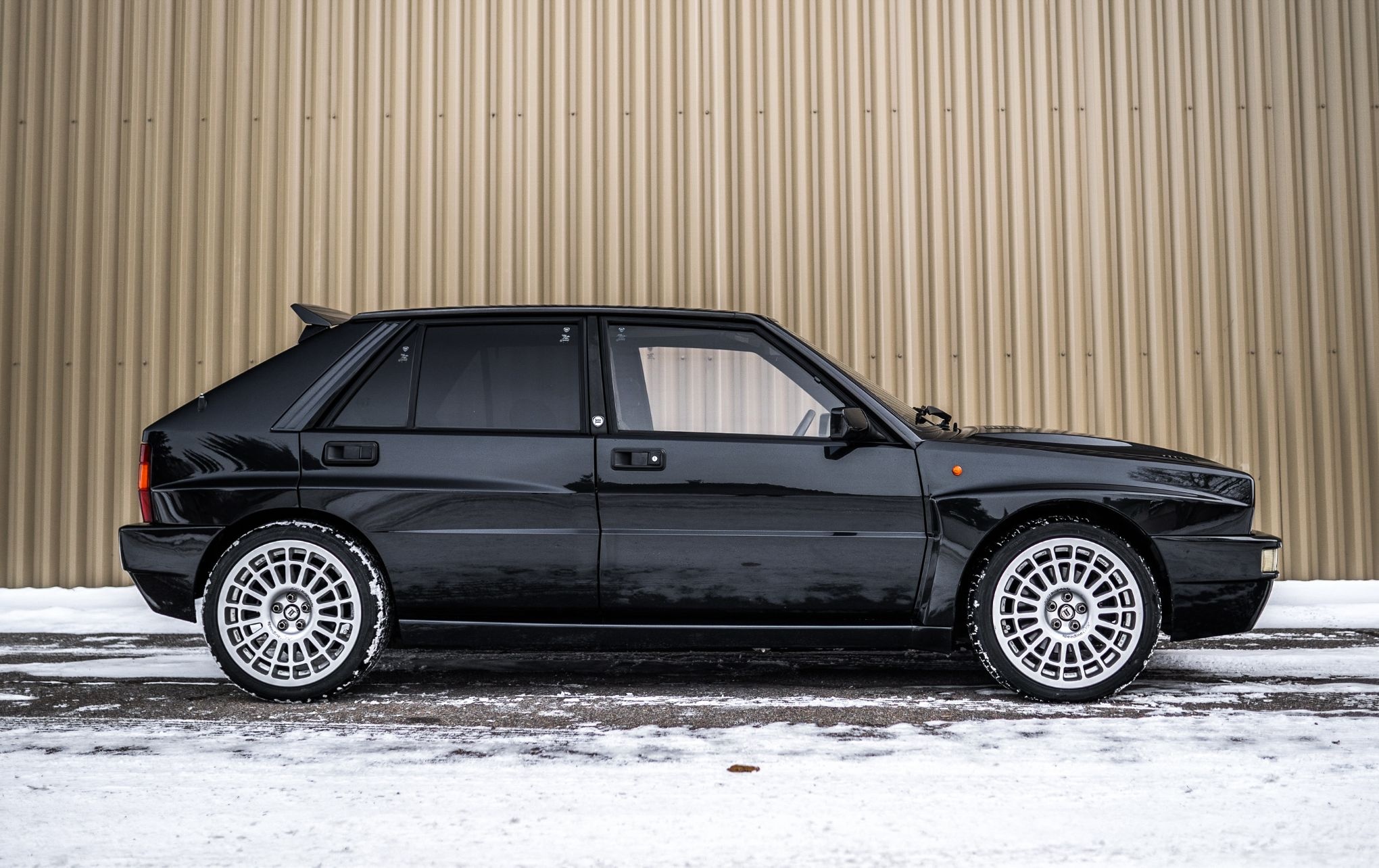 The extra-cost "Metallescente" Black Mica paint is said to be in very good condition with only subtle signs of road-going wear (detailed images are provided in the photo gallery).  The Evo can be distinguished by its extended fender flares, vented hood, revised front and rear bumpers, side skirts, and rear hatch spoiler.  Some modifications have been added including a final edition HF front grille and larger 17” Lancia Speedline wheels dressed in brand-new MOMO tires. 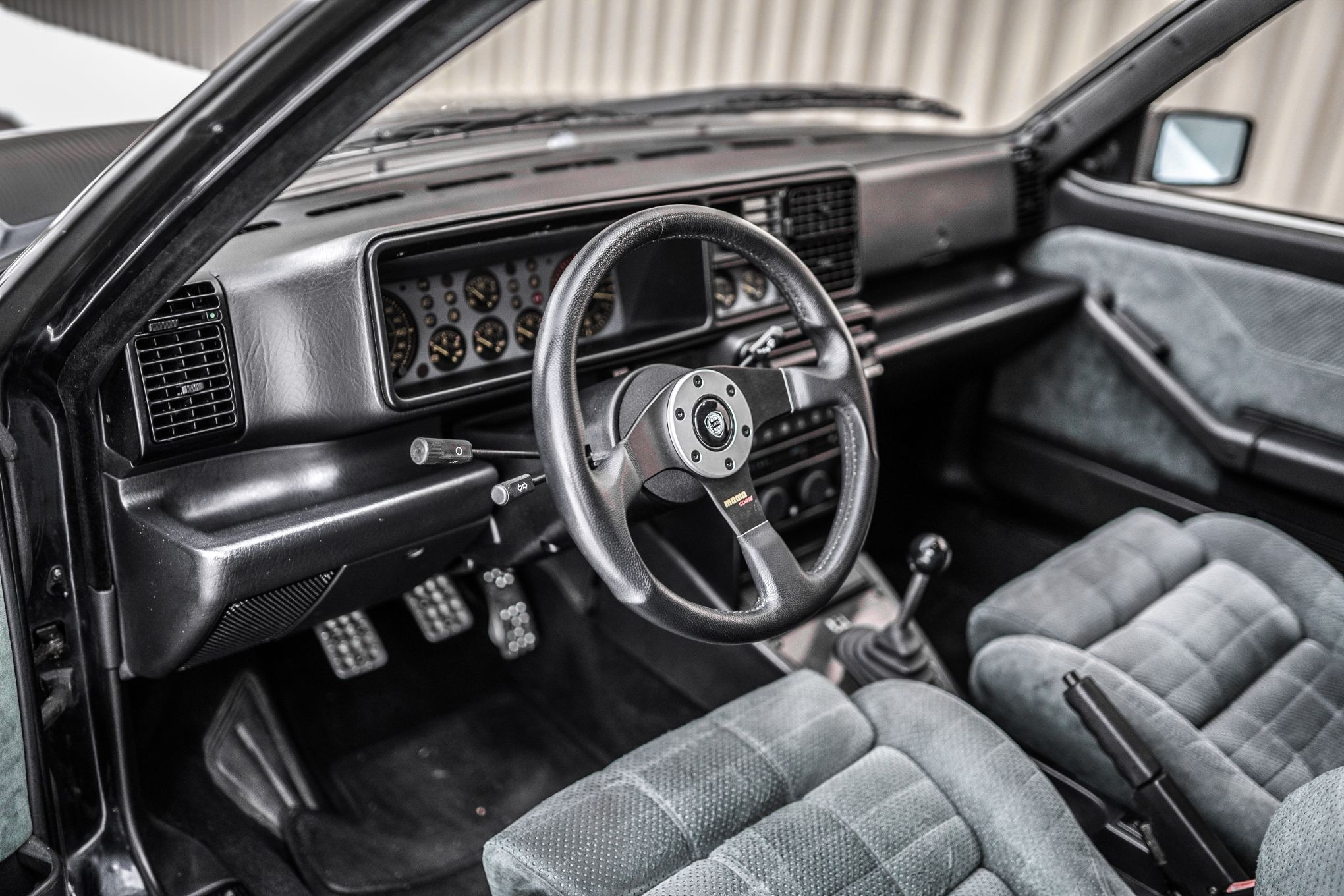 Inside, this Delta features a black interior with optional Recaro seats and dark green embossed Alcantara upholstery.  The cabin is said to remain in pristine condition except for some very slight wear on the driver’s seat bolster.  A Lancia final edition steering wheel has been installed along with an aftermarket radio, and the seller confirms all gauges and accessories to be fully functional. 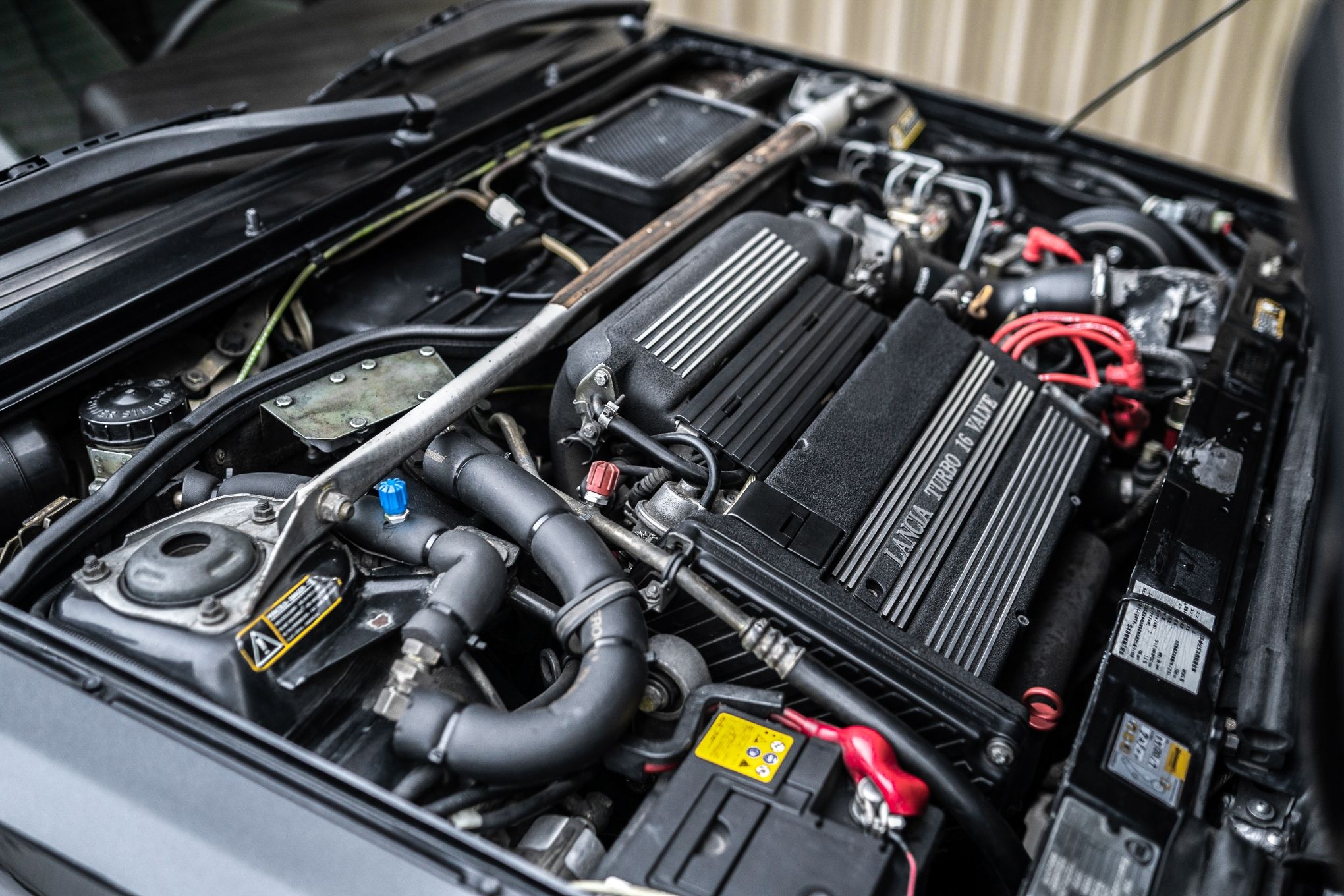 This Evo is equipped with a 2.0 L 16-valve inline 4-cylinder turbocharged engine offering an output of 207 HP.  All four wheels are driven through a 5-speed manual transmission providing for excellent performance both on and off-road.  An aftermarket air intake has been installed along with a modified exhaust.  A full service is said to have been carried out at 72k kilometers in Japan prior to the current owner’s purchase which included a new timing belt.  2 routine oil changes have been carried out since the car’s arrival in Canada, and the seller confirms this Delta to be in excellent running order. 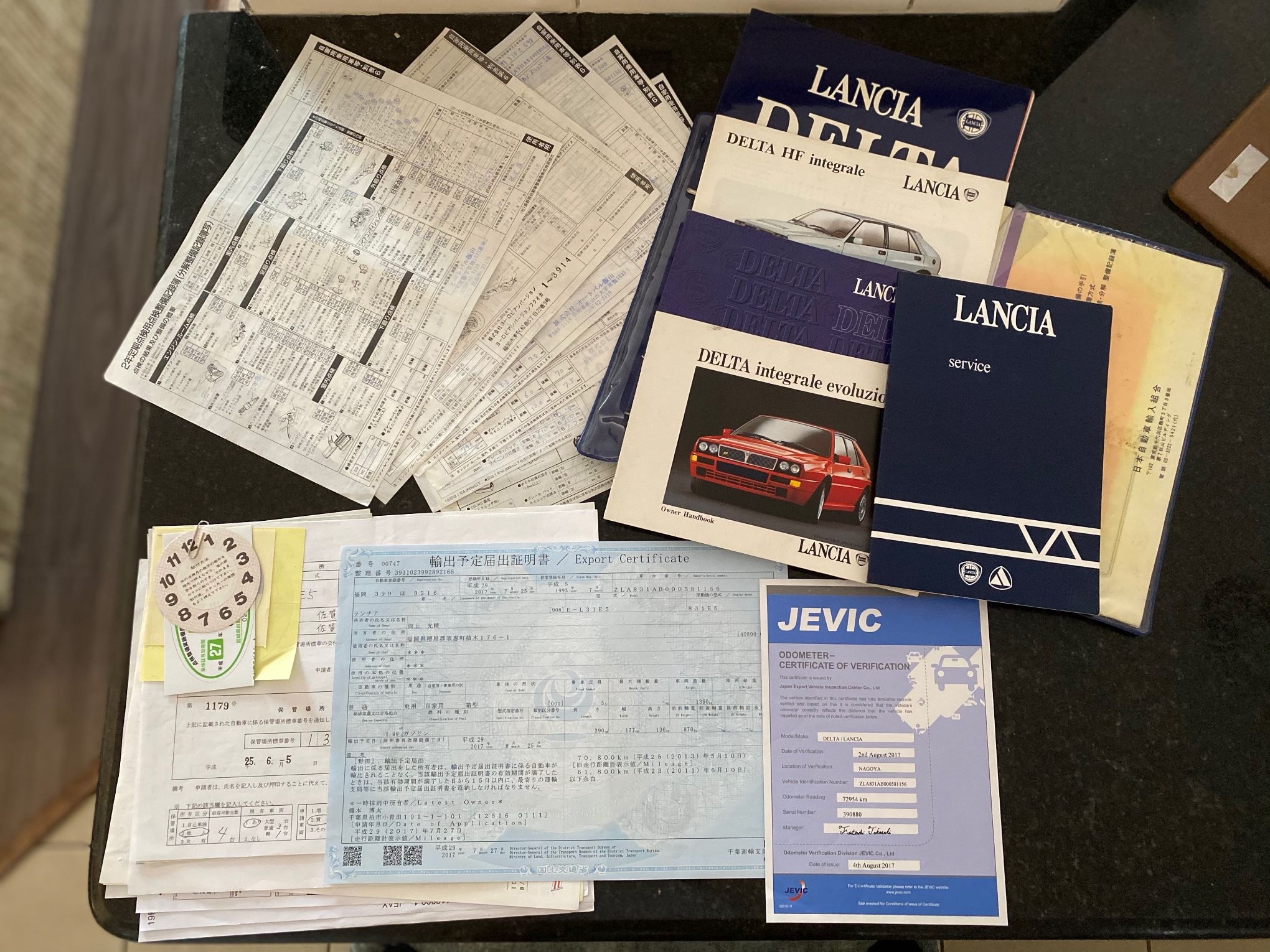 This sale will include a set of 2 ignition and door lock keys, original books and tools, service records from Japan, a clean title, and a Lancia Classiche certification.