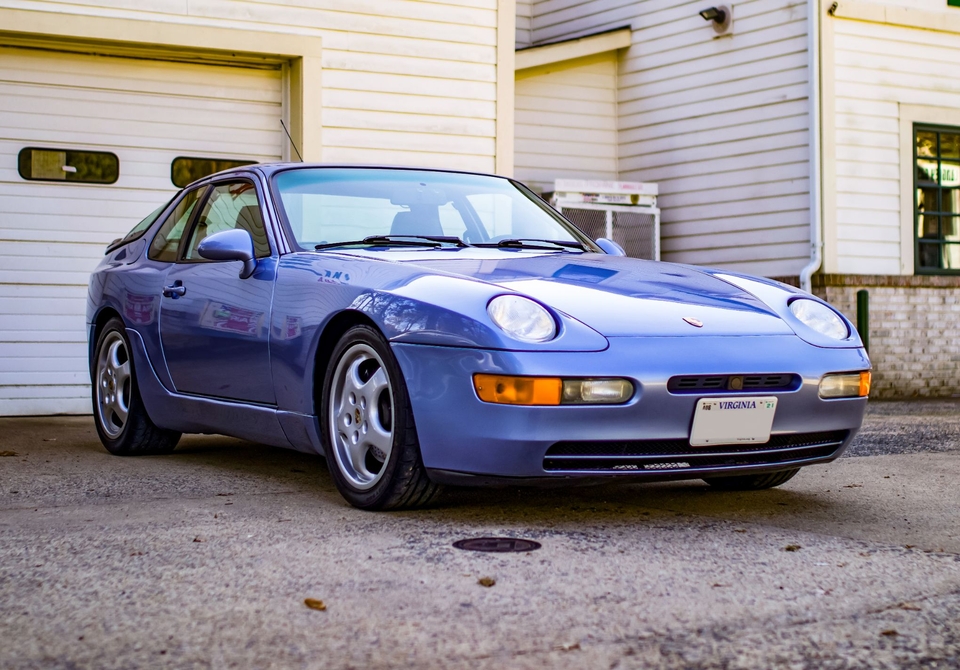 We are pleased to present this very special 1993 Porsche 968 Coupe.  Representing 1 of only 12 coupes finished in Horizon Blue Metallic and the only example in this color to have been equipped with the M030 Sport Chassis option and limited-slip differential, this 968 is truly one-of-a-kind. With some major service items addressed in recent years, this beautifully presented 968 is now being offered by its seller in Virginia accompanied by a clean title, Carfax report, and Porsche Certificate of Authenticity. 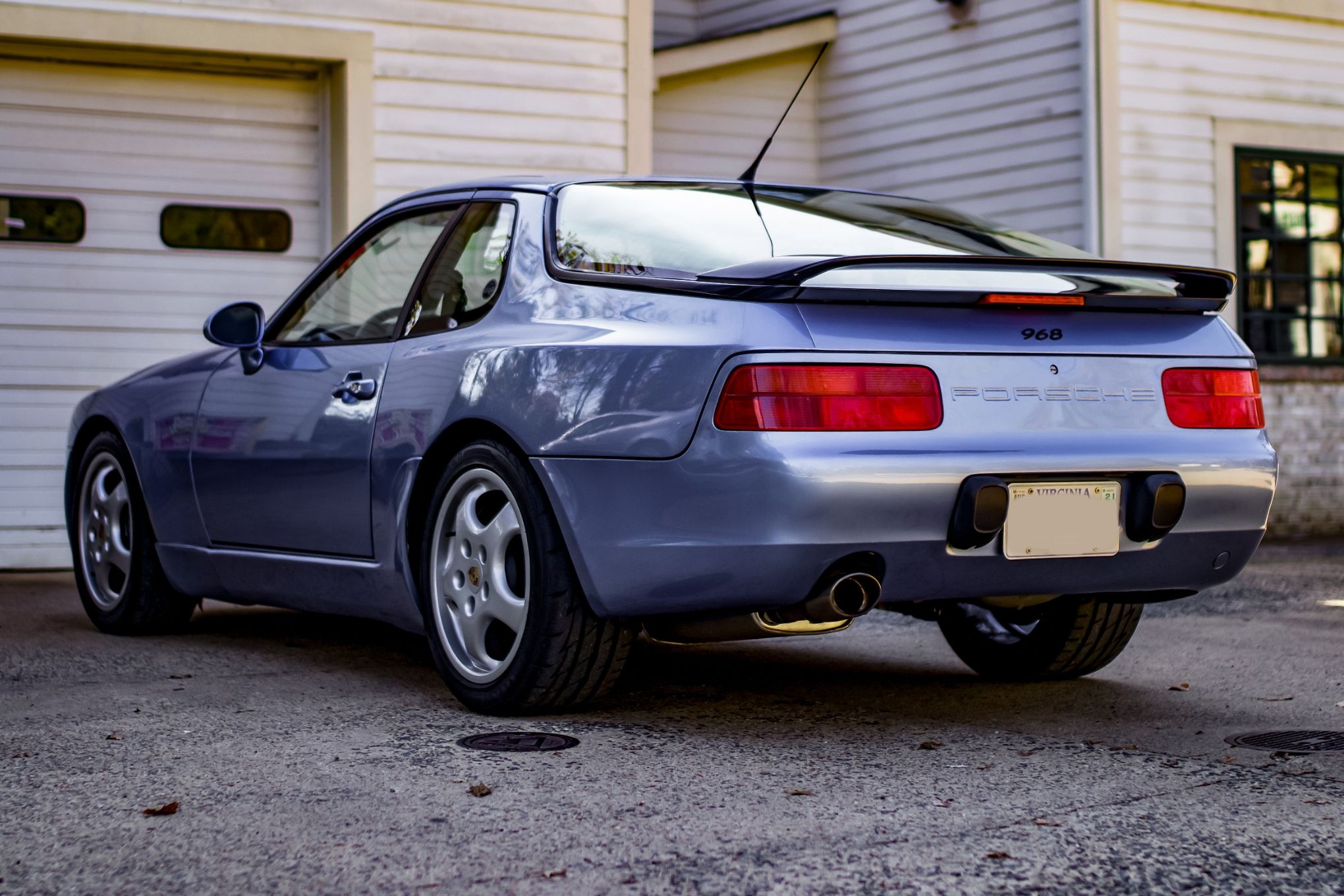 The rare Horizon Blue Metallic finish is reported to be in great overall condition except for a few small chips as depicted in the photo gallery.  The driver’s side rear quarter panel has been professionally refinished for cosmetic purposes and the windshield has been replaced under the current ownership.  European bumperettes and indicator lights have been installed and the factory Cup wheels have been recently refinished and dressed in Firehawk Indy 500 tires. 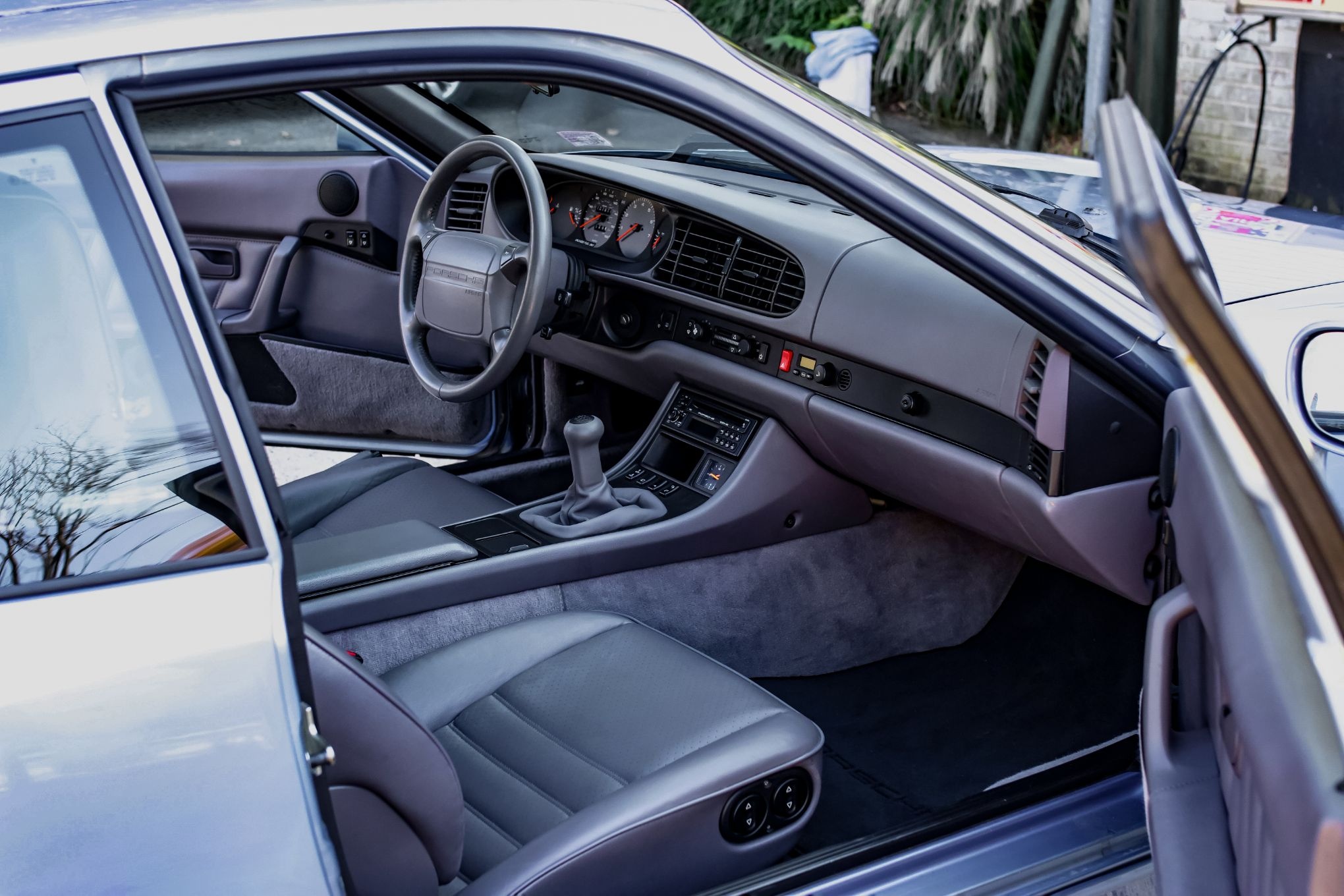 The Classic Grey partial leather interior is said to be in excellent condition with only minor wear exhibited on the driver’s seat.  Lloyd’s Porsche floor mats have been added, a new shift knob has been installed, and the original radio has been retained.  The seller confirms all gauges and accessories to be working properly including the air conditioning system which was fully serviced in 2019. 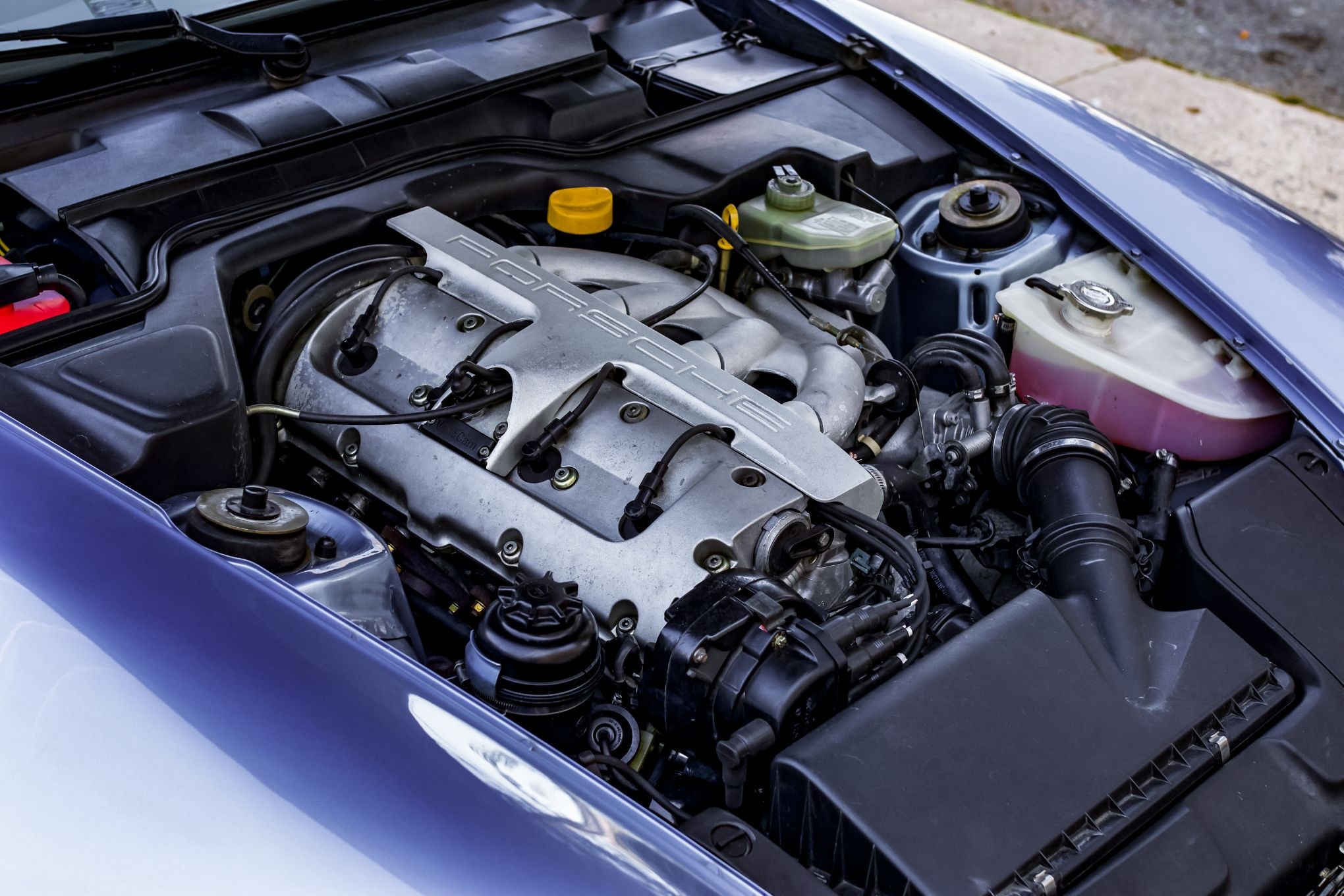 This 968 is equipped with a 3.0 L inline 4-cylinder engine paired with a 6-speed G44 manual transaxle featuring an optional limited-slip differential.  236 HP stock is sent to the rear wheels providing for a 0-60 time of approximately 6 seconds.  This 968 is reported to be the only Horizon Blue Metallic example to have been factory equipped with the M030 Sport Chassis option first offered in 1993.  An aftermarket RS Barn cat-back exhaust has been installed along with Bilstein Turbo Cup rear shock absorbers and a high-flow airbox.  The original exhaust system is included and the car has been kept in excellent running order with a new timing belt, cam chain, tensioner, roller, and caster installed under the current ownership. 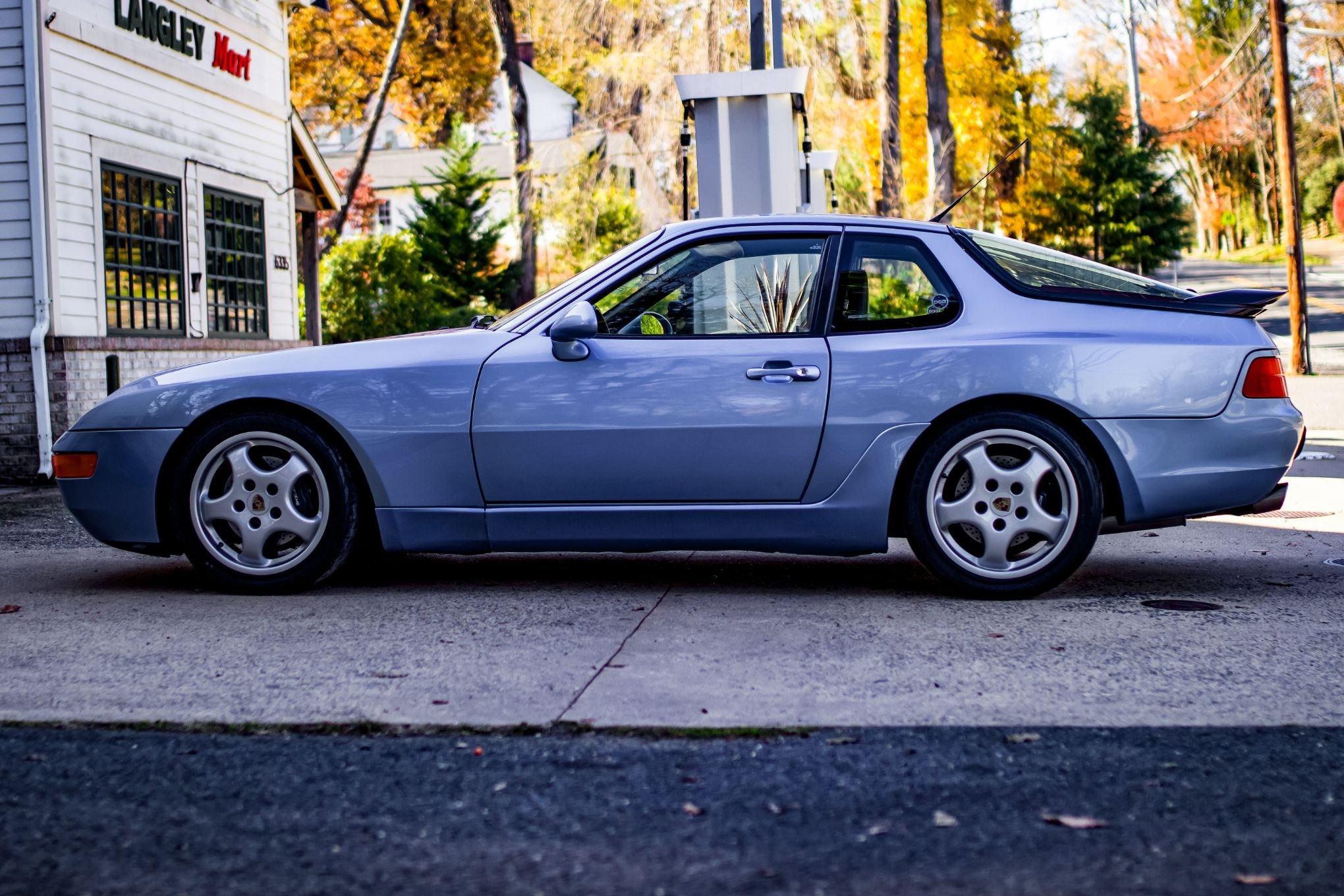 This sale will include a set of 4 keys, a car cover, front bra, the original exhaust, U.S. bumperettes and turn signals, the original shift knob, service records dating back to 1994, a Porsche Certificate of Authenticity, a clean title, and the original tools, jack and spare tire.  For any vintage transaxle enthusiast, this one-of-a-kind 968 is not to be missed.