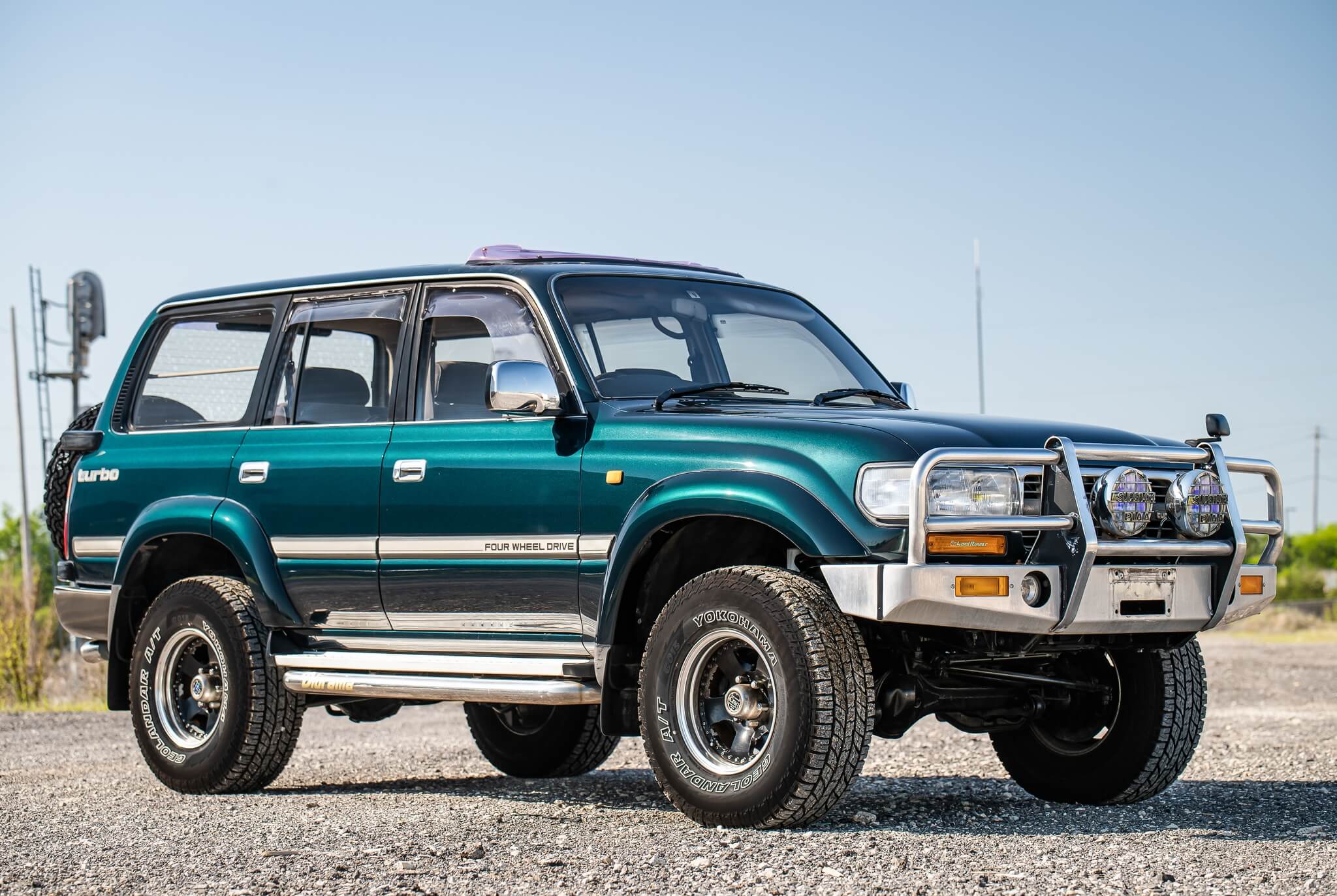 Available for auction is this 1993 Toyota Land Cruiser HDJ81 VX Limited finished in Dark Emerald Pearl over a gray cloth interior. The 80 Series Land Cruiser was introduced in 1990 as the replacement for the 60 series and featured vast improvements in luxury and comfort as well as a new generation of diesel-powered engines. This 5-speed 1993 example comes equipped with the premium VX trim package and features a turbo diesel engine, upgraded three-piece Work wheels, a lift kit, and more. Imported from Japan, this classic righthand drive Land Cruiser is now being offered for auction out of Texas while showing approximately 119k kilometers or 74k miles on the odometer. 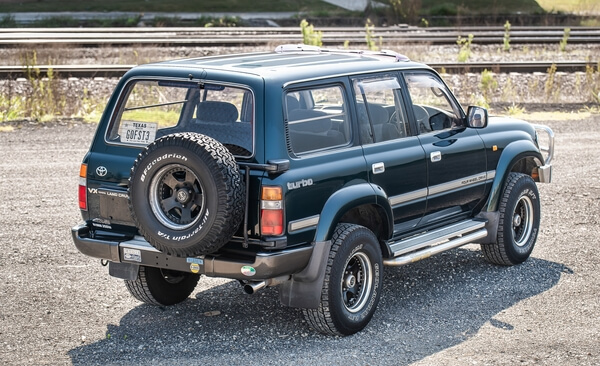 This Land Cruiser comes finished in Dark Emerald Pearl (6M1) and features factory Toyota mud flaps as well as “Turbo” and “Four Wheel Drive” decals on the sides.  Several aftermarket accessories have been installed including a TJM Products aluminum front bumper with PIAA auxiliary lights, EGR rain guards, and chrome Diorama sliders.  The seller reports the frame to have been painted by the previous owner and notes a small ding and paint chip on the driver’s side front door, a dent on the rear bumper below the CIBIE decal, minor paint fade on the driver’s side front fender, and several small chips on the hood.  Detailed images are provided in the photo gallery.  This Land Cruiser rides on a set of rare three-piece Crag forged wheels manufactured by Work, which come dressed in a set of Yokohama GeoLander All-Terrain tires dated from 2018. 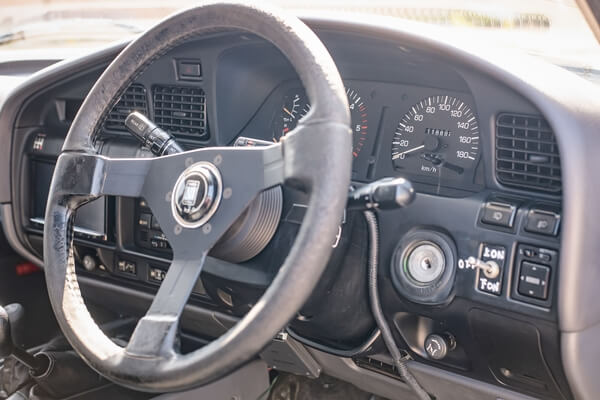 The cabin is trimmed in gray cloth upholstery with the driver situated on the righthand side.  Factory options include dual batteries, a sunroof, a compass, and an altimeter.  A host of upgrades are equipped including a Nardi Torino steering wheel, a JDM compass and altimeter, a turbo timer, and a backup camera.  Some signs of wear are noted on the center console and steering wheel. The air conditioning system is said to have been recharged and serviced in September of 2021 with a new belt and compressor. All gauges, lights, and accessories are said to be functioning properly aside from the Japanese-market radio which will not work in the United States. 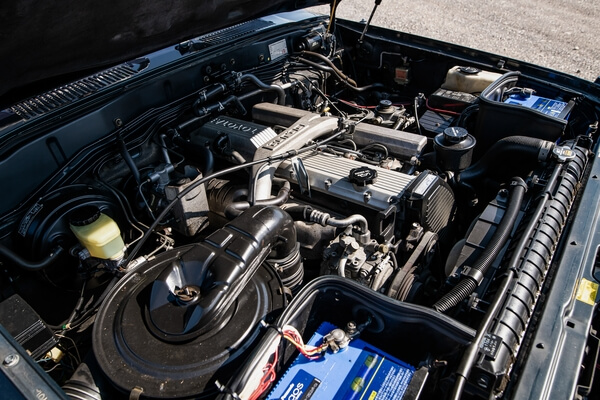 Power comes from a 4.2L 24-valve 1HD-FT turbodiesel inline-six which features a single overhead cam and direct injection. Approximately 165 HP and 266 lb.-ft of torque are sent to all four wheels through a 5-speed H151F manual transmission featuring a dual-range transfer case and a locking center differential. The engine has received an aftermarket performance tune, and a Jasma exhaust has been installed for a more aggressive tone. A lift kit has also been equipped, providing for a modest increase in ride height.  Minor surface rust is present on some suspension components, although the body panels, rockers, and floorboards are all said to be free of corrosion.  Images of the undercarriage are provided in the gallery. 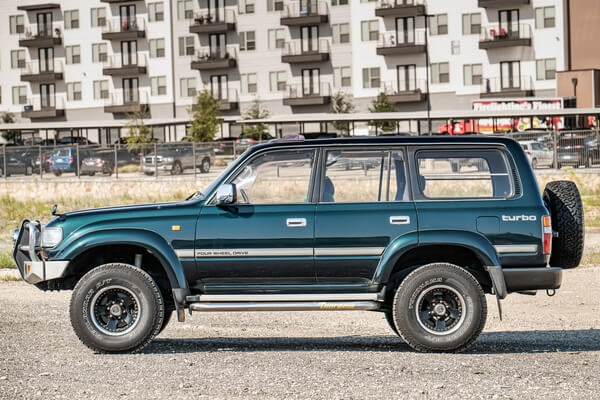 This sale will include a clean title. With the values of classic 4x4’s on the rise, this unique Japanese-market Land Cruiser presents an excellent opportunity to own an increasingly sought-after collector's item.