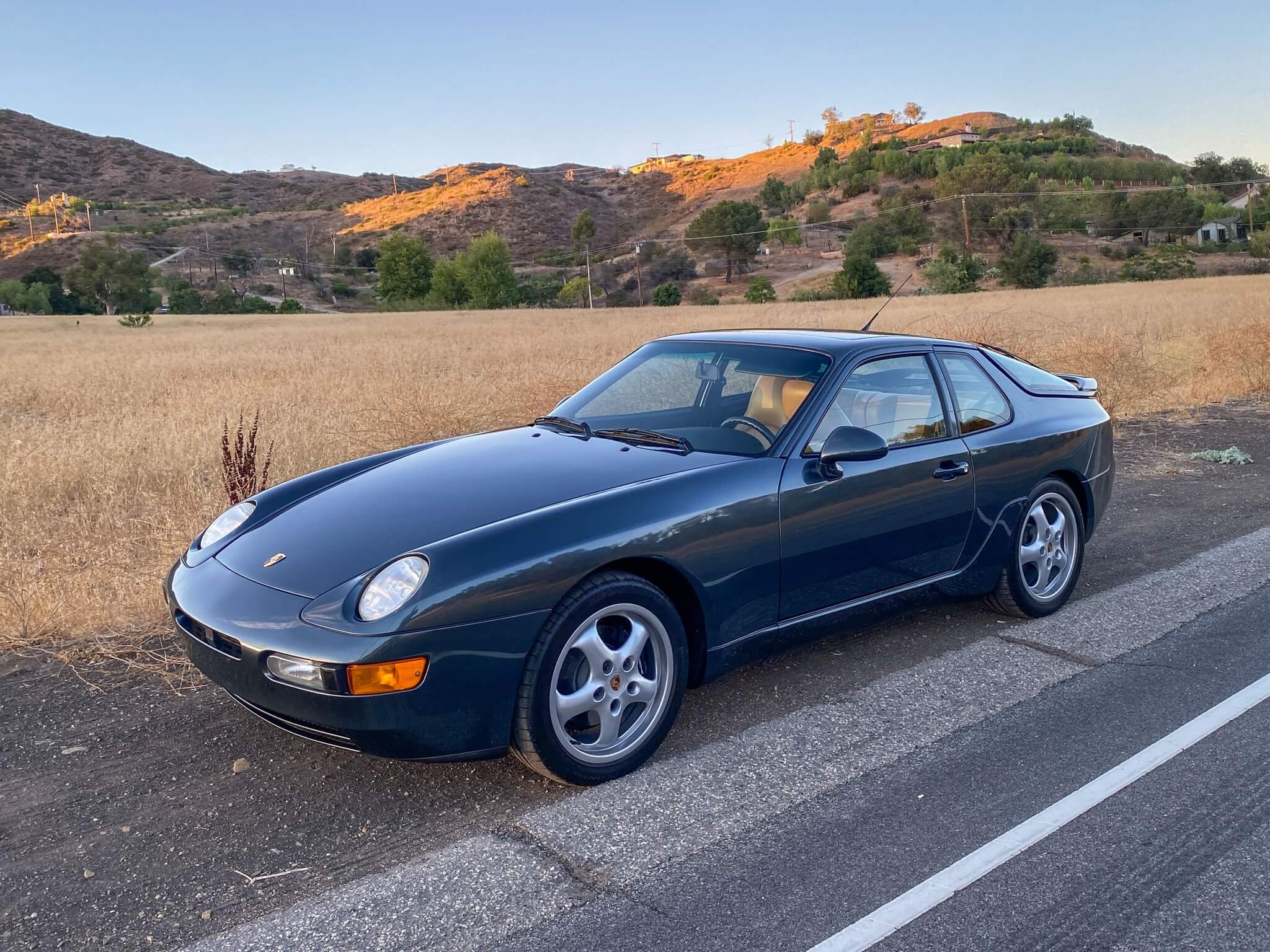 Now up for auction is this 1994 Porsche 968 Coupe finished in Aventurine Green Metallic over a Cashmere Beige and Black partial leather interior.  Per the 968 Registry, this Coupe represents one of only 64 North American examples to have been finished in Aventurine Green Metallic.  It was originally sold from Rector Motor Car Co. of California and came factory optioned with full power seats, 17” light-alloy wheels, and a 6-speed manual transmission.  A lifelong West Coast car, this 968 was treated to a recent major service at a cost of over $6k and is now being offered for auction by its seller out of California while showing just over 37k miles. 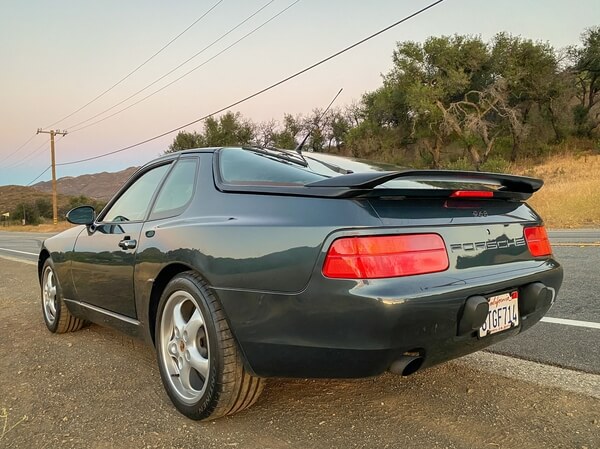 This 968 was ordered in the extra-cost color of Aventurine Green Metallic, an attractive shade that was recently reinstated for the latest 992 generation.  The seller reports that the rocker panels appear to have been previously refinished and notes some signs of road-going wear commensurate with the car’s mileage.  Additional images are provided in the photo gallery along with a clean CARFAX report.  This 968 retains its factory-optioned 17” Cup 2 wheels which have recently been fitted with new colored Porsche center crests and Continental Extreme Contact Sport tires. 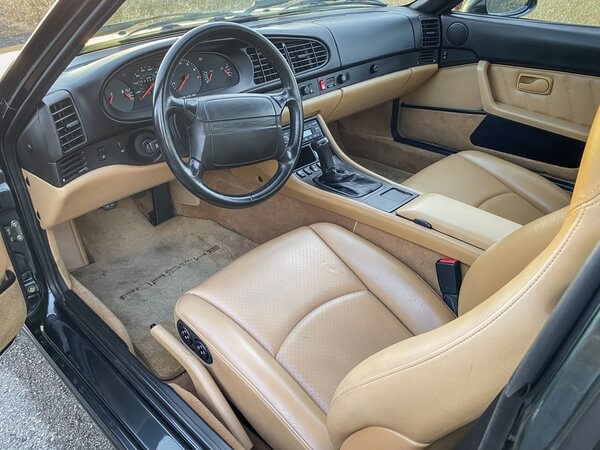 Inside, this Coupe has been appointed with a Cashmere Beige and Black partial leather interior featuring full power-operated seats, a full leather center console, and an updated Continental Bluetooth radio.  Standard factory equipment includes A/C with full climate controls, a power tilt removable sunroof, and automatic speed control, as well as power windows and mirrors.  The ambient air temperature display light has been recently replaced and the seller reports all gauges and accessories to be fully functional. 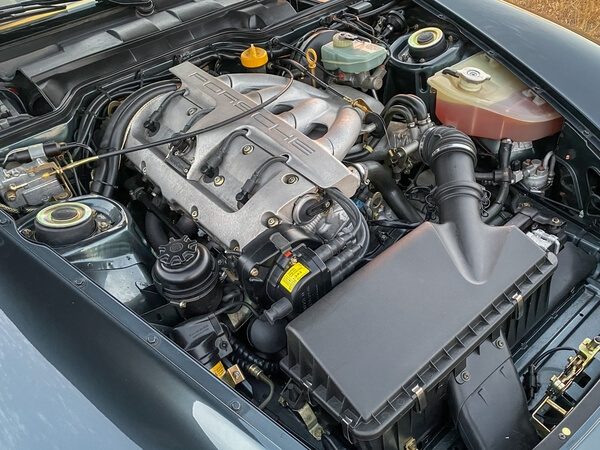 This 968 is equipped with a 3.0L inline 4-cylinder DOHC engine with 4-valves-per-cylinder and variable valve timing.  As much as 236 HP and 225 lb.-ft of torque are sent to the rear wheels through a 6-speed manual transaxle.  Other performance features include force-sensitive power steering, front/rear stabilizer bars, and power vented disc brakes with ABS.  An invoice from Avus Autosport shows a major service to have been carried out in October of 2020 at 36k miles including fluid and filter changes, a new timing belt, water pump, spark plugs, engine mounts, front control arm bushings, and hood shocks.  The service was complete at a cost of over $6k and a corresponding invoice is provided for reference in the photo gallery. 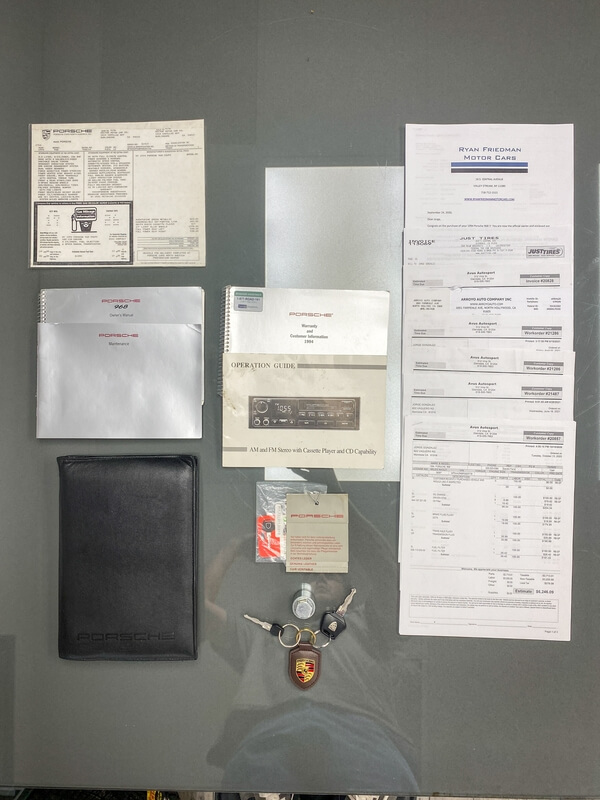 This sale will include the original window sticker, owner’s manuals, a set of two keys, recent service records, and a clean title.  Do not miss your chance to own a fine example of Porsche's last water-cooled transaxle sports car.