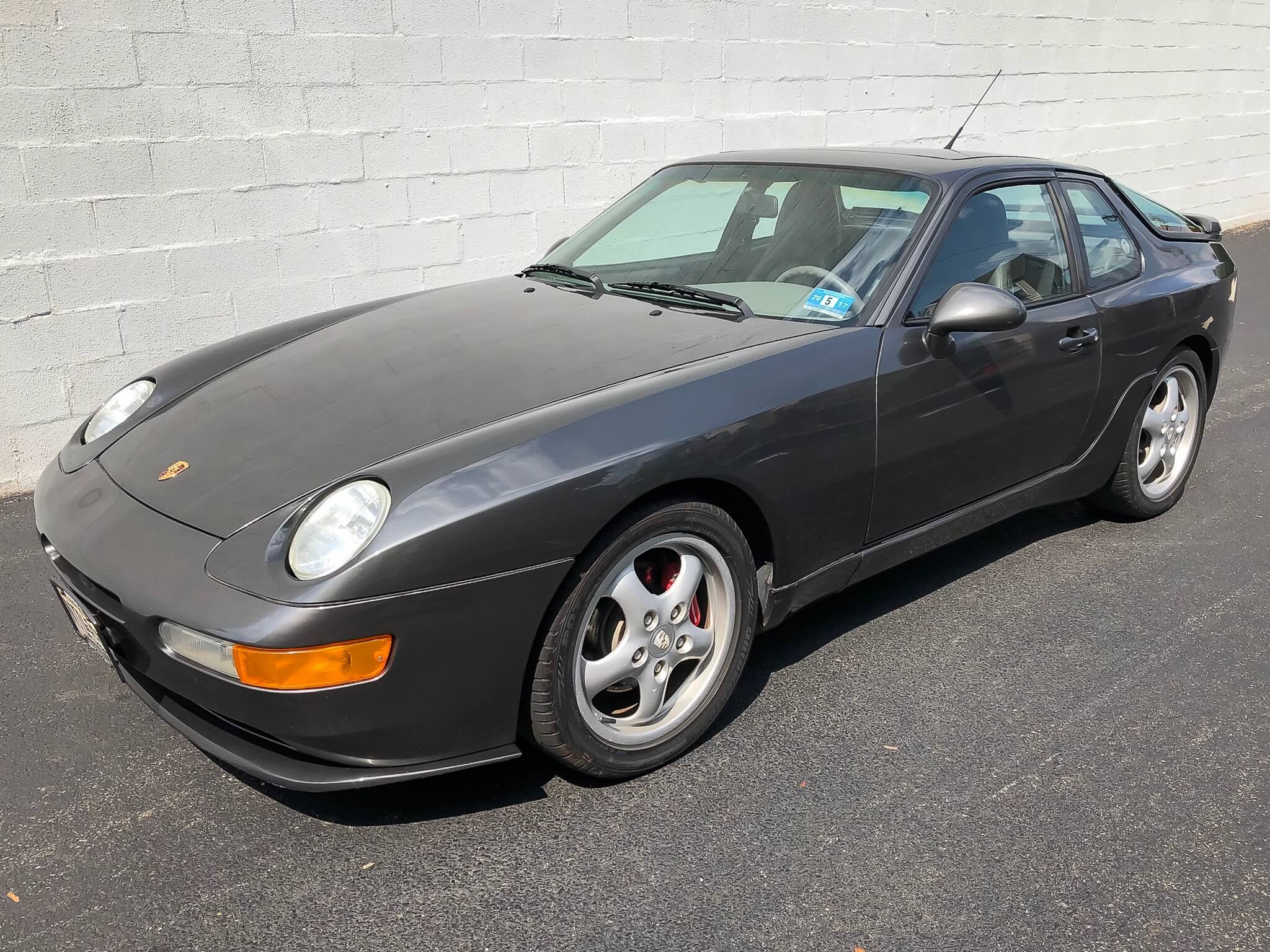 Now available is this 1994 Porsche 968 Coupe finished in Slate Grey Metallic over a Classic Grey partial leather interior. Representing one of only 54 Slate Grey 968 coupes delivered to North America and only 20 in this particular color combination, this 1994 example was sold to its original owner in New Jersey before it was eventually acquired by the seller in 2003. Now with just over 108k miles showing on the odometer, this 968 is being offered by its longtime second owner out of New Jersey. 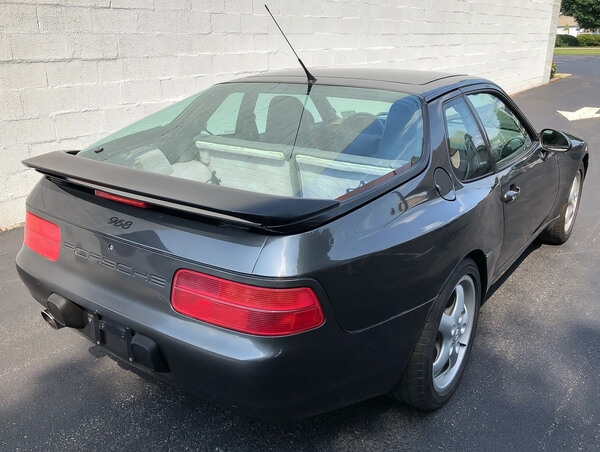 This 968 is finished in Slate Grey Metallic and features distinctive pop-up headlights, a black rear spoiler, and an aftermarket front splitter.  The seller notes some rock chips on the hood and side mirrors, as well as some minor paint fading.  The sunroof is said to have been refinished for cosmetic purposes, the rear window wiper has been removed, and the driver-side mirror has been touched up by the previous owner. Additional photos can be found in the gallery along with a clean CARFAX report.  This Coupe rides on a set of rare 968-specification Cup II wheels which come dressed in a set of two-year-old Bridgestone Potenza tires.  The original factory-equipped wheels are also said to accompany the sale. 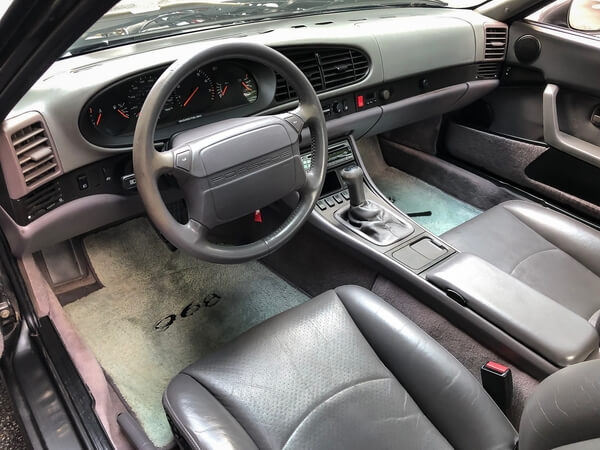 Inside, you will find a Classic Grey partial leather interior featuring heated seats with driver seat power adjustment.  The seller notes some cracking of the leather on the driver's seat and driver's door panel, as well as some light fading of the carpet in the cargo area. This example came factory equipped with the HiFi sound package and has been outfitted with an upgraded Alpine radio. All light, gauges, and accessories are said to remain functional. 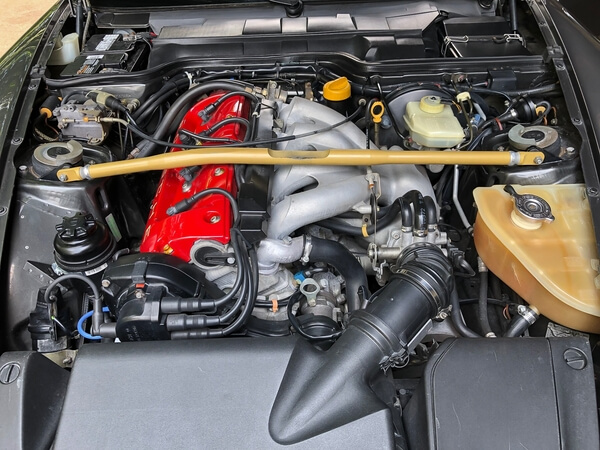 This 968 is equipped with a 3.0L inline 4-cylinder DOHC engine with 4-valves-per-cylinder and variable valve timing.  As much as 236 HP and 225 lb.-ft of torque are sent to the rear wheels through a 6-speed manual transaxle.  Other performance features include force-sensitive power steering, front/rear stabilizer bars, and power vented disc brakes with ABS. The seller notes that upgraded sway bars and a front strut tower brace have been installed by the previous owner. Maintenace records are said to accompany the car with a recent service including a new motor and limit switch for the sunroof, and a new heater control mechanism. 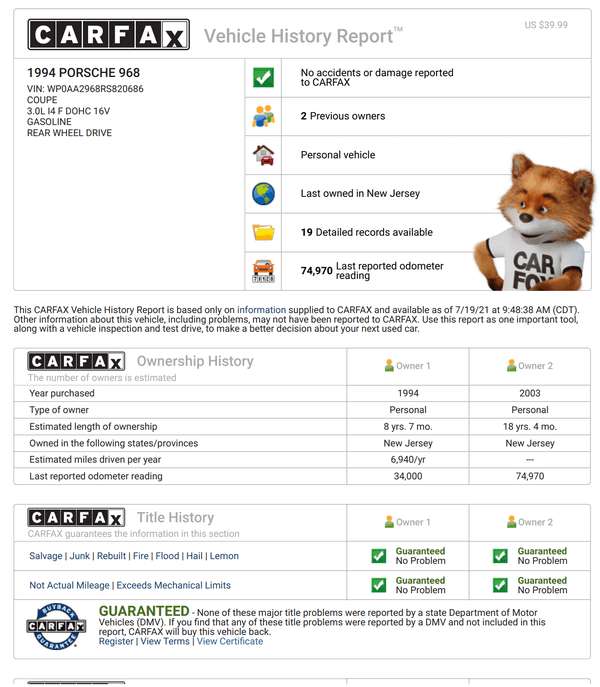 This sale will include the original toolkit, air compressor, a complete shop manual, and a clean title. Now is your chance to get behind the wheel a 6-speed Porsche 968 in a rare color combination and with long-term ownership.