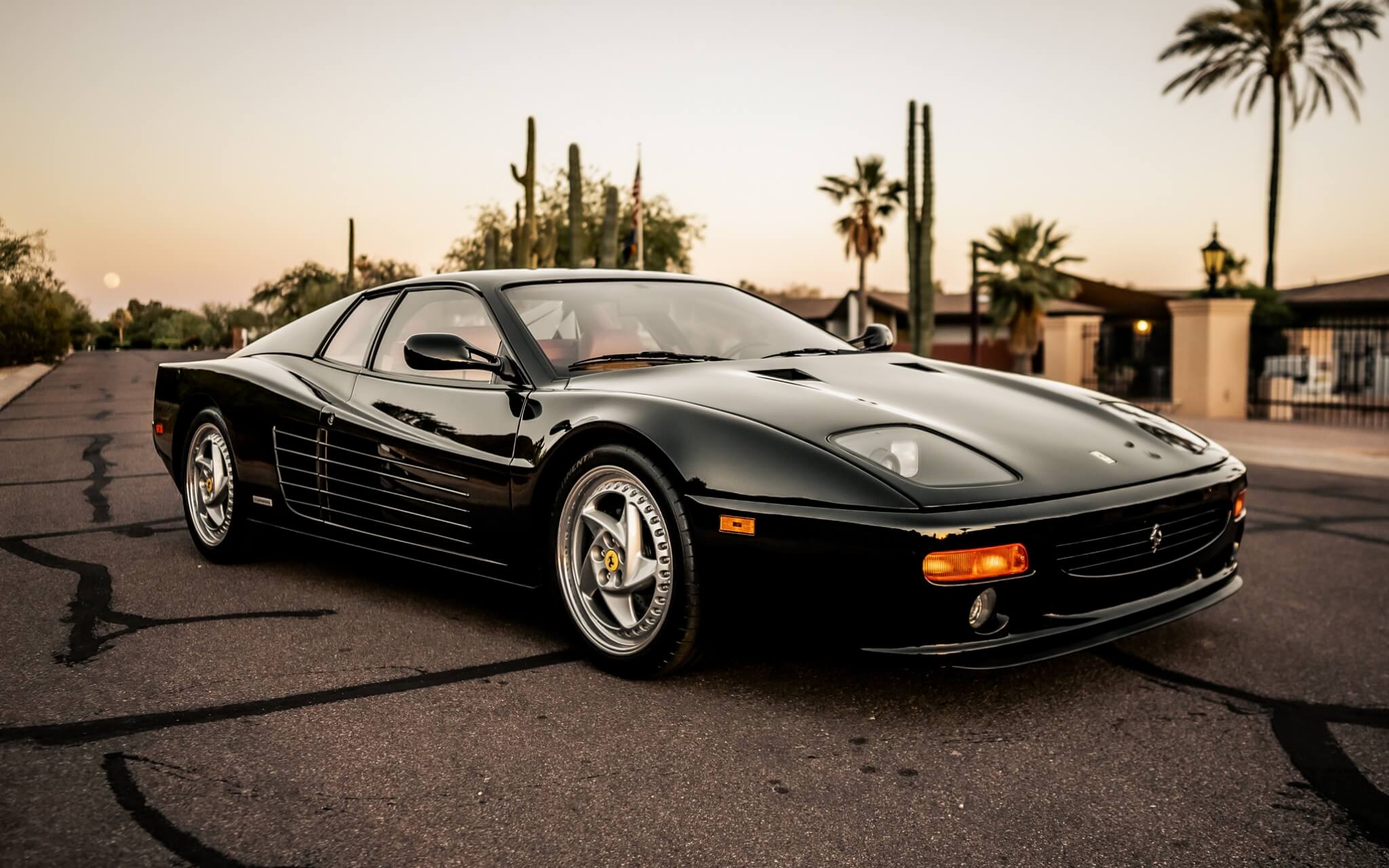 Debuted at the 1994 Paris Auto Show as the pinnacle of the Testarossa series as well as Ferrari’s last flat-12 sports cars, the F512 M received updated styling, a more refined interior, and upgrades to the engine, brakes, and suspension. Only 501 cars were produced in total, and this 1995 example is one of just 75 designated for North America.  It was acquired by the current owner in 2007 and is now being offered for auction out of Arizona having recently undergone a major engine-out service and with approximately 27k miles showing on the odometer. 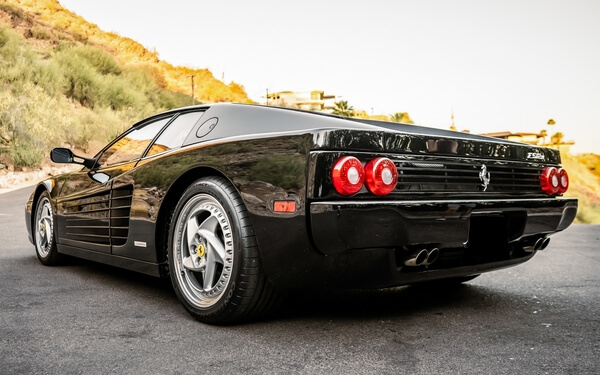 Carrying over much of the same Pininfarina design from the original Testarossa, the F512 M was updated with a more rounded front fascia including a redesigned bumper, fixed square headlamps, and a unique hood with twin NACA ducts.  In the back, round taillights were fitted, and the bumper saw minor revisions for a smoother appearance. The F512 M also received a unique 18” modular wheel design measuring 8” wide in front and 10.5” wide at the rear. This example comes finished in Black and the seller reports detailing was recently completed followed by an application of ceramic coating, additional images are provided in the gallery along with a clean CARFAX report. 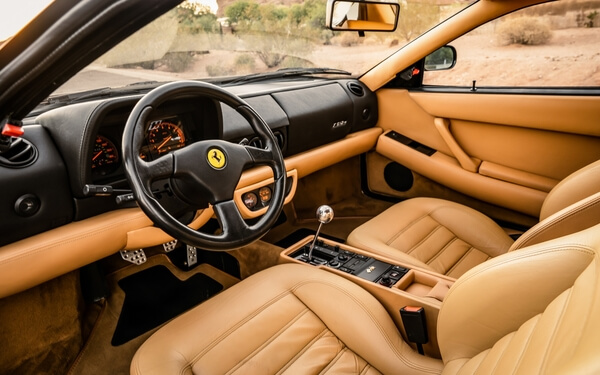 The cabin is upholstered in tan leather with matching door panels, carpets, and a contrasting black upper dashboard. Compared to models prior, the F512 M offered air conditioning as a standard amenity as well as drilled aluminum pedals, an alloy gear knob, and a new steering wheel design.  All instrumentation and accessories are said to be fully functional including the A/C which was evacuated and recharged during a recent service. 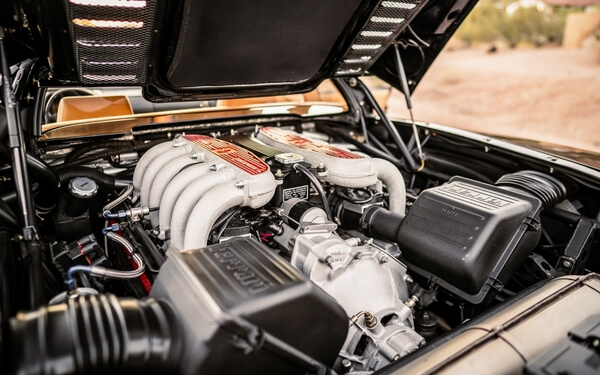 The last of its kind, the 4.9-liter Tipo F113 G flat-12 engine equipped for the F512 M was made lighter using a special crankshaft and new titanium connecting rods. An output of up to 434 HP is sent to the rear wheels by way of a 5-speed gated manual transmission. A major engine-out service was recently completed which included new mounts, cam seals, gaskets, O-rings, timing belts, an updated tensioner, spark plugs, fuel filters, air filter, oil filter, a water pump overhaul, and timing adjustment.  A braking and cooling system flush was also completed at this time. 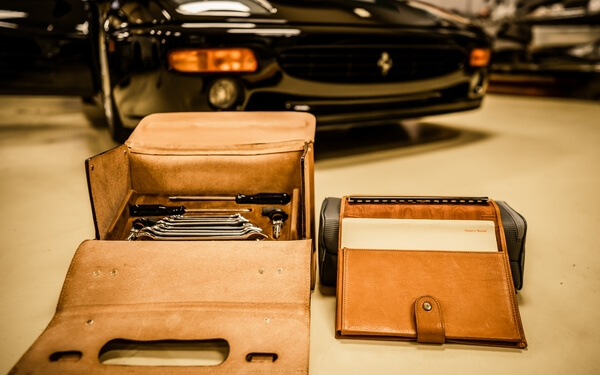 This sale will include the original owner’s manuals, toolkit, some documentation, and a clean title.