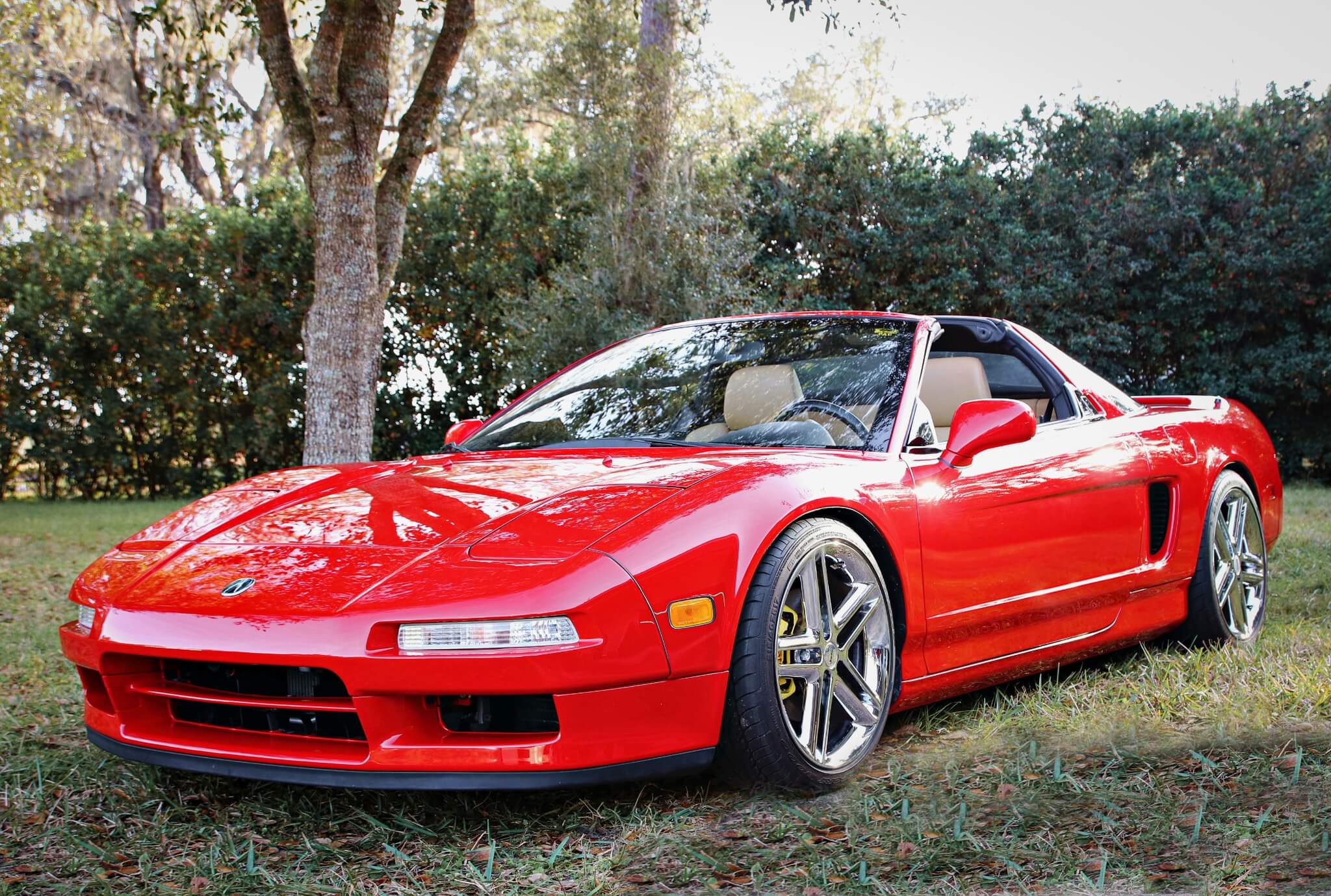 We are pleased to offer this absolutely pristine 1996 Acura NSX-T Zymol show car.  This Supercar is the result of an extensive effort led by founder Soichiro Honda and Honda’s top engineers which began with the HP-X concept in 1984. The NSX was designed and hand constructed at the Honda Global Research and Development Center in Tochigi Japan. This amazing ultra balanced machine was introduced for sale in 1990 and was quickly recognized as one of the world’s most advanced and innovative sports cars.  This U.S. market 1996 Number 56 example was purchased through Honda corporate by the founder Chuck Bennett of the automotive products company, Zymol, for the purpose of using it as a promotional show vehicle.  Unsatisfied with the de-tuned American version, the owner of this NSX opted to convert the car to more powerful RoW specifications with all genuine OEM parts.  It then received a one-of-a-kind set of custom triple-chrome plated MOMO wheels before spending the rest of its life being carefully transported from show to show as an advertising and promotion vehicle for Zymol.  Equipped with a desirable 5-speed manual transmission, this collector-grade show car is now being offered for auction by Chuck  in Florida while showing only 11k miles on the odometer.  It will be accompanied by a Zymol complete “Concours” detailing kit with complimentary refills included for life. 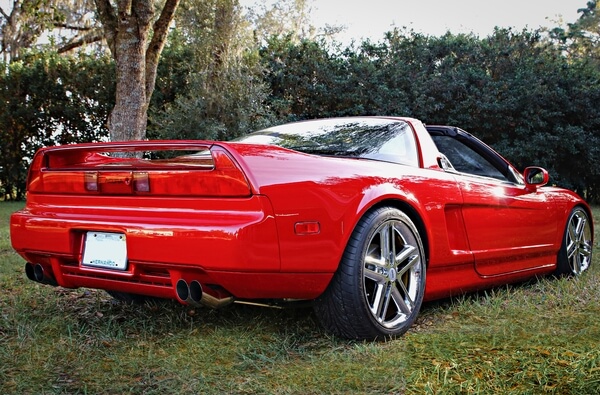 This NSX-T is finished in deep Formula Red and the paint is described to be flawless, having always been kept in climate-controlled storage when not being shown on display.  Detailed images are provided in the photo gallery.  Honda reportedly used an aircraft-grade chromate coating to protect the aluminum bodywork before a 23-step paint process was carried out for a vivid and smooth appearance.  In addition to its striking visual features, this targa-top NSX showcases a set of bespoke MOMO Arrow wheels that were made to custom specifications in close coordination with the MOMO company president and Acura/Honda to be sure the wheels were the correct offset and would compliment the Traction Control system .  The wheels turned out to be so perfect and lightweight, that a thick triple-chrome plating was applied for balancing and weight distribution. 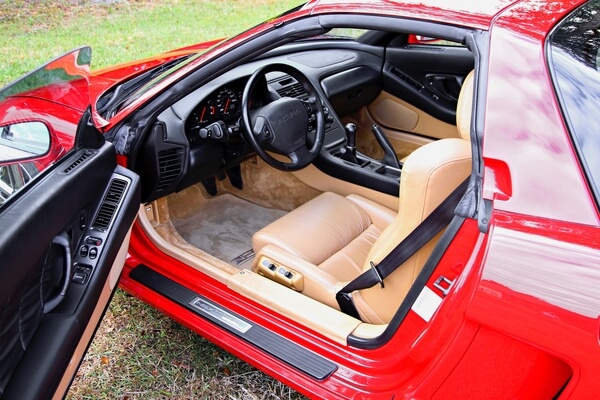 The Biscuit leather interior has been left entirely original with its protective delivery plastic remaining over the door sills.  The cabin is said to be like-new and all gauges and accessories are said to be fully functional. 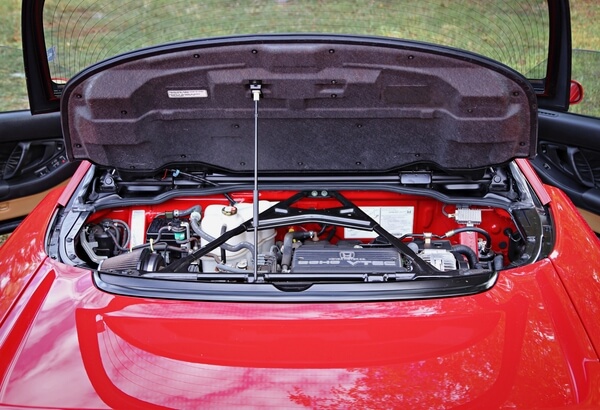 This NSX is powered by a transverse-mounted Honda C30A 3.0 L 24 valve V6 engine with VTEC variable valve timing, paired with a 5-speed manual gearbox. The owner of this example opted to convert the car to RoW specifications and sourced all the necessary OEM parts for the engine, exhaust, and suspension to do so.  The result was a lower, nimbler, lightweight aluminum and magnesium alloy car with an output of 290 HP.  Routine oil changes are said to have been carried out by the on-staff technicians at Zymol, and the car is reported to have been run exclusively on premium ethanol-free racing fuel. 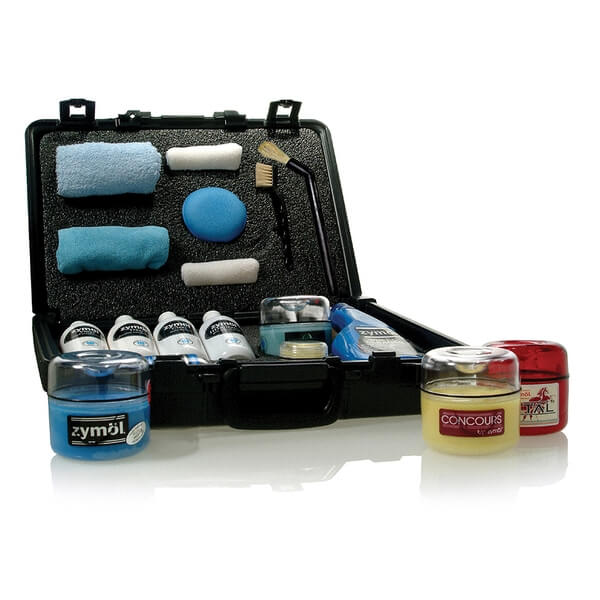 This vehicle will be accompanied by a complete Zymol “Concours” detailing kit. A lifetime of complimentary refills will also be awarded to the next owner so they can preserve the car in the same immaculate condition for years to come. 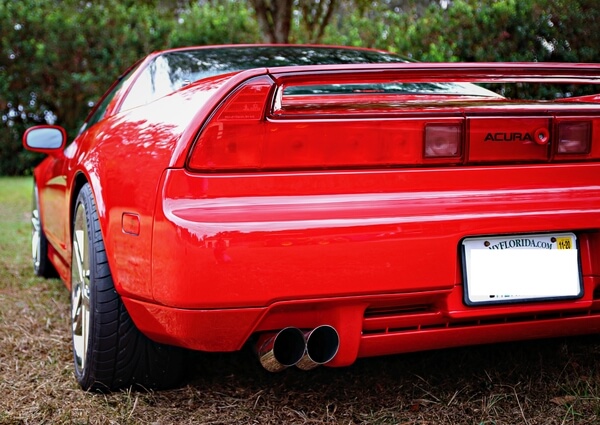 This sale will include a set of keys, original books and tools, a collectible hardcover NSX book, 2 car covers, a Speed Lingerie front bra and mirror covers, and a clean title.  The seller has also offered to facilitate the safe transport of the vehicle off of their premises to meet your major carrier.  Remaining in like-new condition with a lifelong history of meticulous upkeep as a promotional show car, NSX-T makes a perfect complement to your world-class collection.