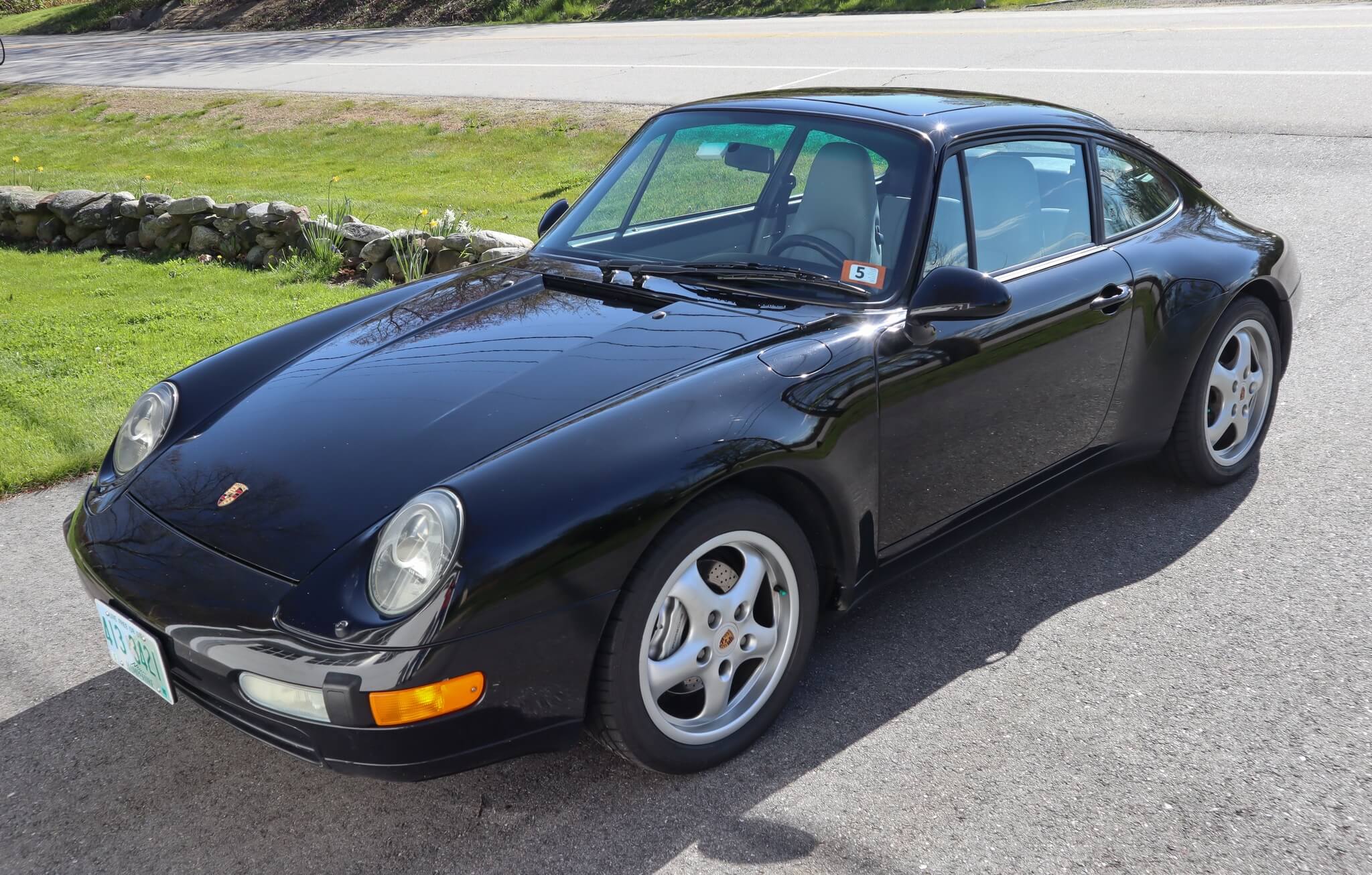 Representing the final iteration of Porsche’s air-cooled 911, the 993 was a significant advance in technology and styling, featuring a lightweight alloy frame, the rear Weissach axle, and was the first 911 to receive a 6-speed manual transmission. This 1996 Carrera 4 was purchased by the current owner in 2001 in Oregon with 65,900 miles and was regularly serviced by the Porsche specialists at Stuttgart Autotech of Beaverton, OR, before being relocated to Boston, MA. It was stored in a garage and sparingly driven, before being moved to New Hampshire in 2017, covering around 700 miles a year for the last 5 years. Now showing approximately 112,150 miles on the odometer, this 993 Carrera 4 is now being offered at auction by the seller based out of New Hampshire. 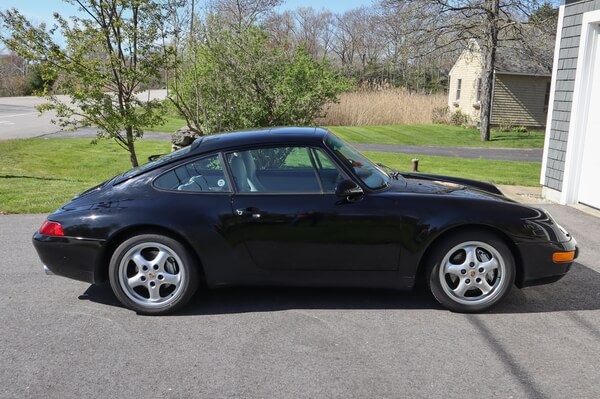 This Carrera 4 is finished in Black, and rides on 17” Cup 2 wheels with colored Porsche crest center caps and Sumitomo HTR Z3 tires showing date codes from 2017. The seller reports the front and rear bumpers have been repainted, and notes some paint chips on the hood, a spot of rust at the bottom of the windshield as well as the rear bottom of the front wheel arches, a short crack on the rear bumper above the exhaust, as well as a small scratch on the left side of the front bumper, a minor dent on the left front fender, and a scratch on the sunroof. Additionally, the rear stone guards show cracking and are due for replacement.  Detailed images are provided in the gallery along with a clean CARFAX report. 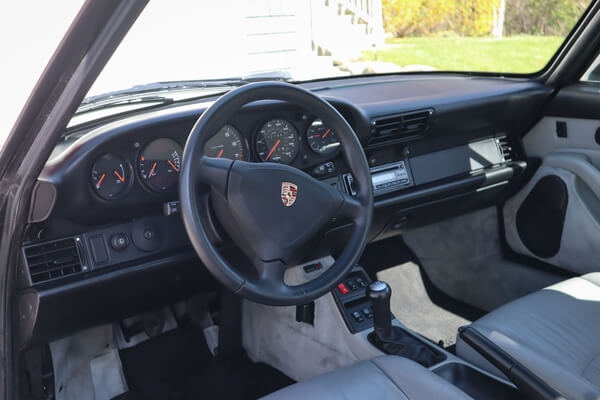 The power-adjustable seats are upholstered in Classic Grey leather, with matching door panels and carpeting and a contrasting black dashboard. Amenities include cruise control, air conditioning, an anti-theft system, an electric sunroof, and a Quarz analog clock. The seller notes some wear to the driver’s outside seat bolster, and has fitted a leather 996 three-spoke steering wheel, as well as a Nakamichi CD-400 CD stereo. 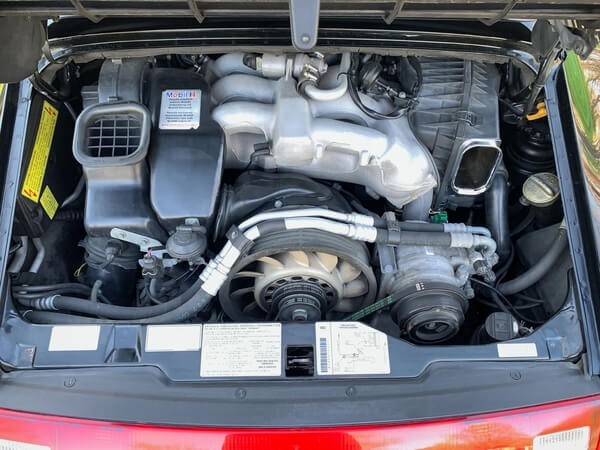 The air-cooled 3.6L flat-six features a VarioRam intake system and was factory rated at 282 horsepower and 250 lb-ft of torque. Power is delivered to all four wheels through a 6-speed manual transmission, which has received a new clutch and dual-mass flywheel at 93,400 miles. At 97,860 miles, the steering gear and tie rod assembly were replaced. The car was originally optioned with the motor sound airbox cover, and an aftermarket RSR muffler was added. The seller also reports an intermittent check engine light due to code P0410, a secondary air pump issue that can be reset. Documentation detailing the history of service at Porsche dealerships and specialists are available in the photo gallery. 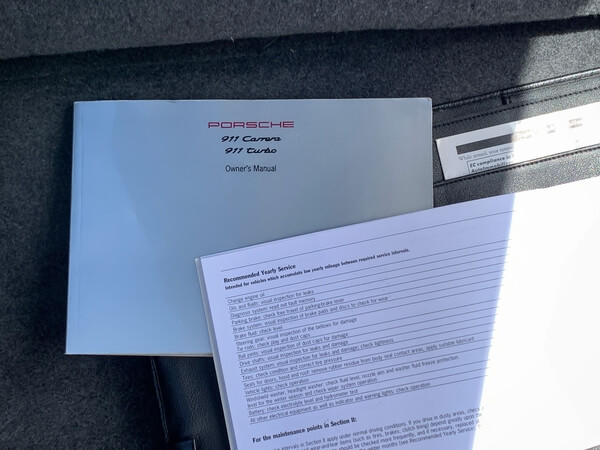 This sale will include 2 keys, original owners manuals, a battery charger system, and extensive service records.