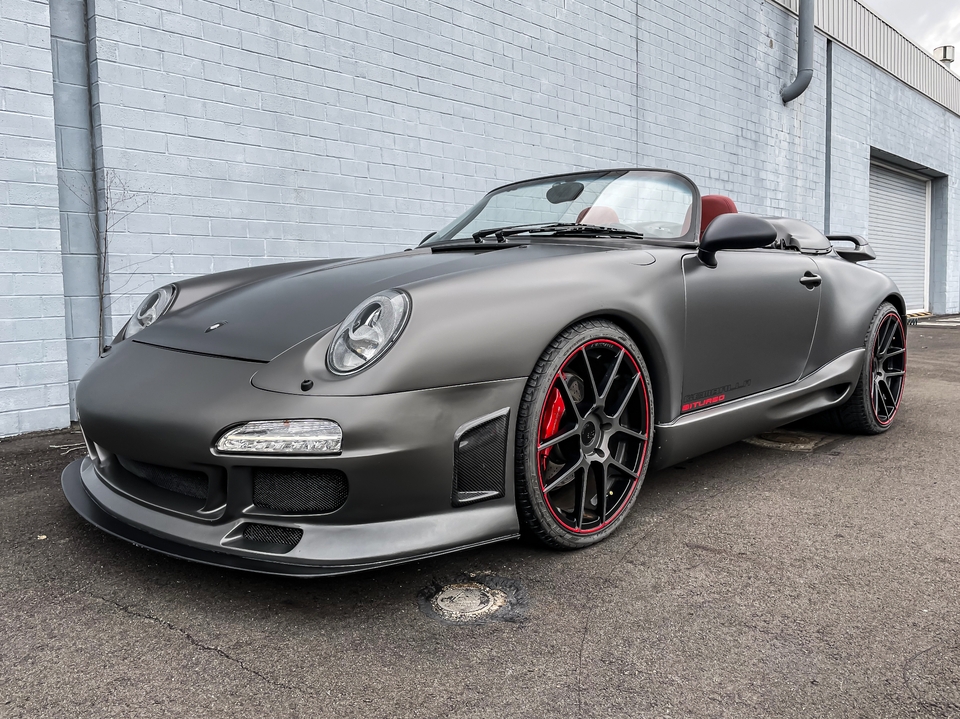 Up for auction is this custom 1996 Porsche 993 Gemballa twin-turbo Speedster widebody.  Purchased by its seller in 2011 at 28k miles, this 993 Cabriolet had already been treated to a Gemballa steel widebody transformation, an upgraded H&R suspension, “Big Red” brakes, and a Prototech twin-turbo conversion for a reported output of 450 HP at the rear wheels.  It has since been further customized with unique body styling, Matte Grey paint, Speedster components, and a bespoke leather/Alcantara interior.  With over $250k reportedly invested in this build, this one-of-a-kind widebody 993 is now being offered by its owner of the past 10 years out of Pennsylvania, with approximately 38k miles showing on the odometer. 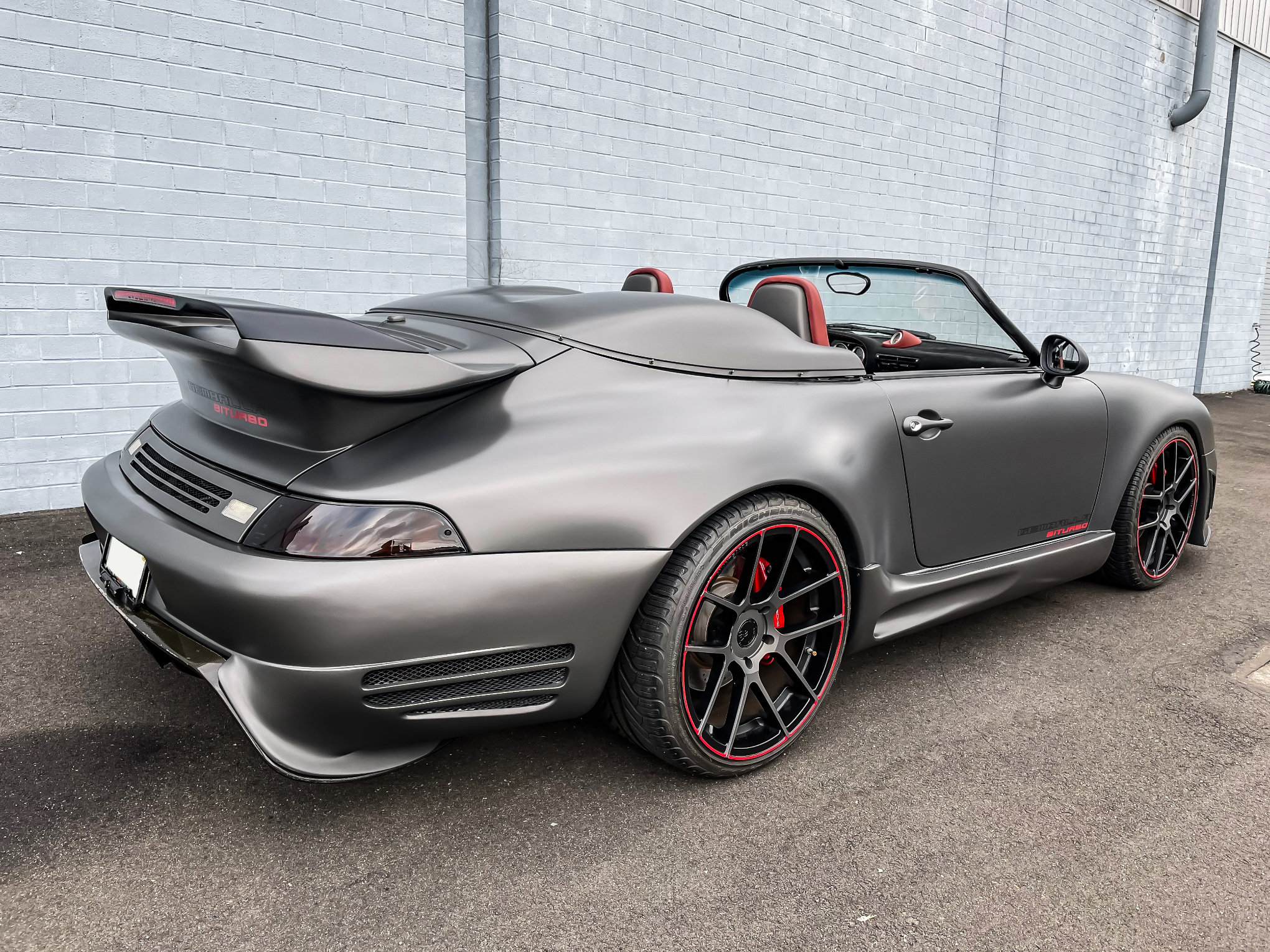 Wide steel fenders, fiberglass ducted rocker panels, and a fixed rear wing were all installed as part of the initial Gemballa transformation under previous ownership.  This example was later sent to Wicked Motor Works in California to undergo a custom Speedster styling conversion using all OEM parts including a short windshield, door glass, and a signature double-hump rear fairing.  A modified 997 Turbo front bumper was also installed along with a custom rear bumper featuring a carbon fiber diffuser.  This Cabriolet was then custom painted in a Grey color derived from the Lamborghini Reventon and finished with a matte clear coat.  Other modifications include a Strosek removable hardtop with Alcantara lining, a center taillight delete, and aftermarket Avant Grade forged wheels finished in satin grey with a contrasting red pinstripe. 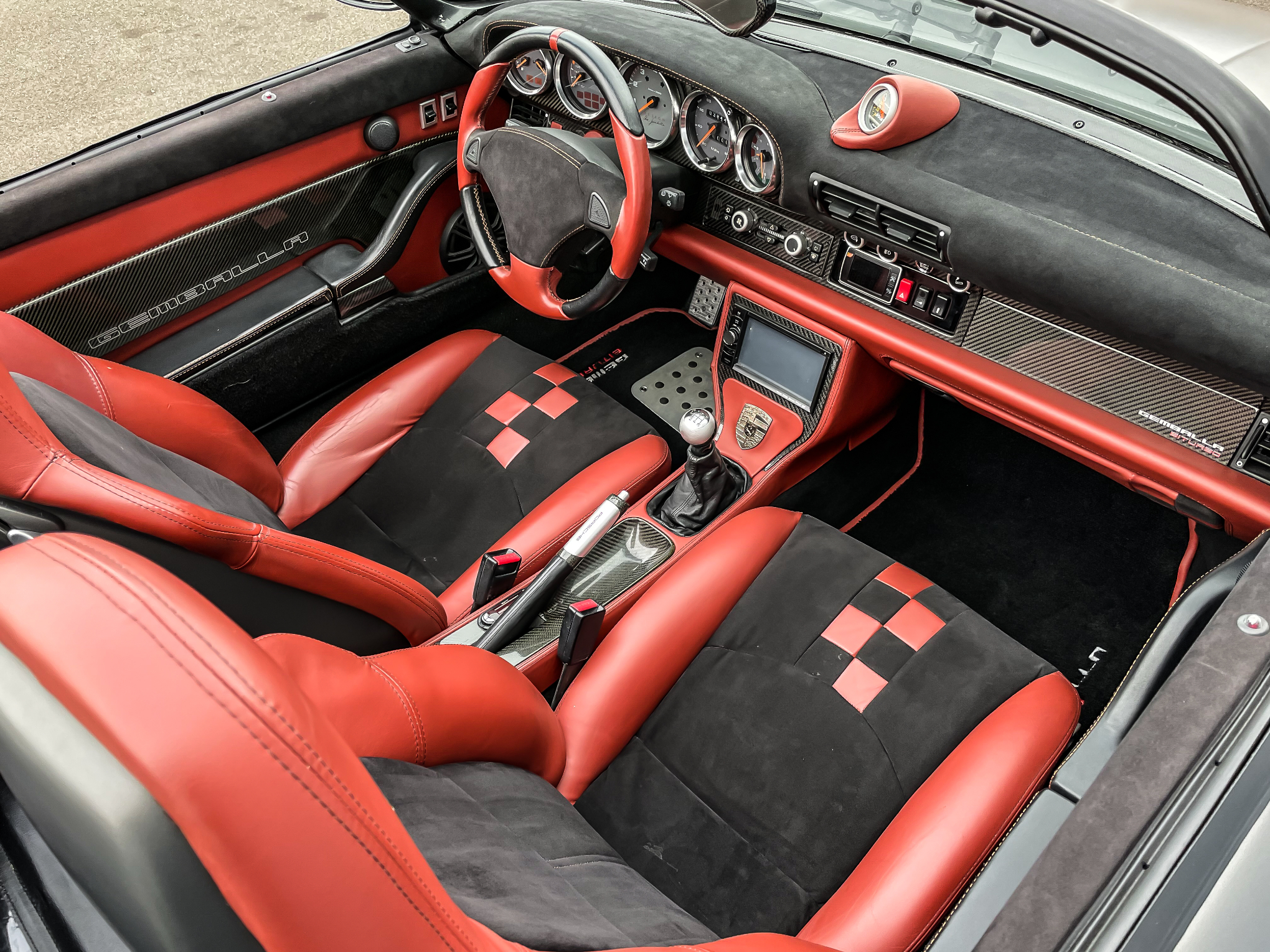 Inside, the cabin has been completely redone in Terracotta and black Bentley leather. The design of the interior is said to have been inspired by the 997 Speedster, and some noteworthy features include new black factory carpet, 997 hardback Sport Seats, Gemballa instrument faces, a custom center console, carbon fiber and aluminum trim, a Speedster rear shelf conversion, OEM carbon/aluminum shifter and brakes handles, and a custom re-covered RUF steering wheel.  Added technology includes a wireless tire pressure monitoring system, an integrated K40 radar detector, and a Clarion NX501 system that offers GPS, satellite radio, a back-up camera, iPod connectivity, and more.  The seller reports that the electric door locks, power windows, and handles have been retained. 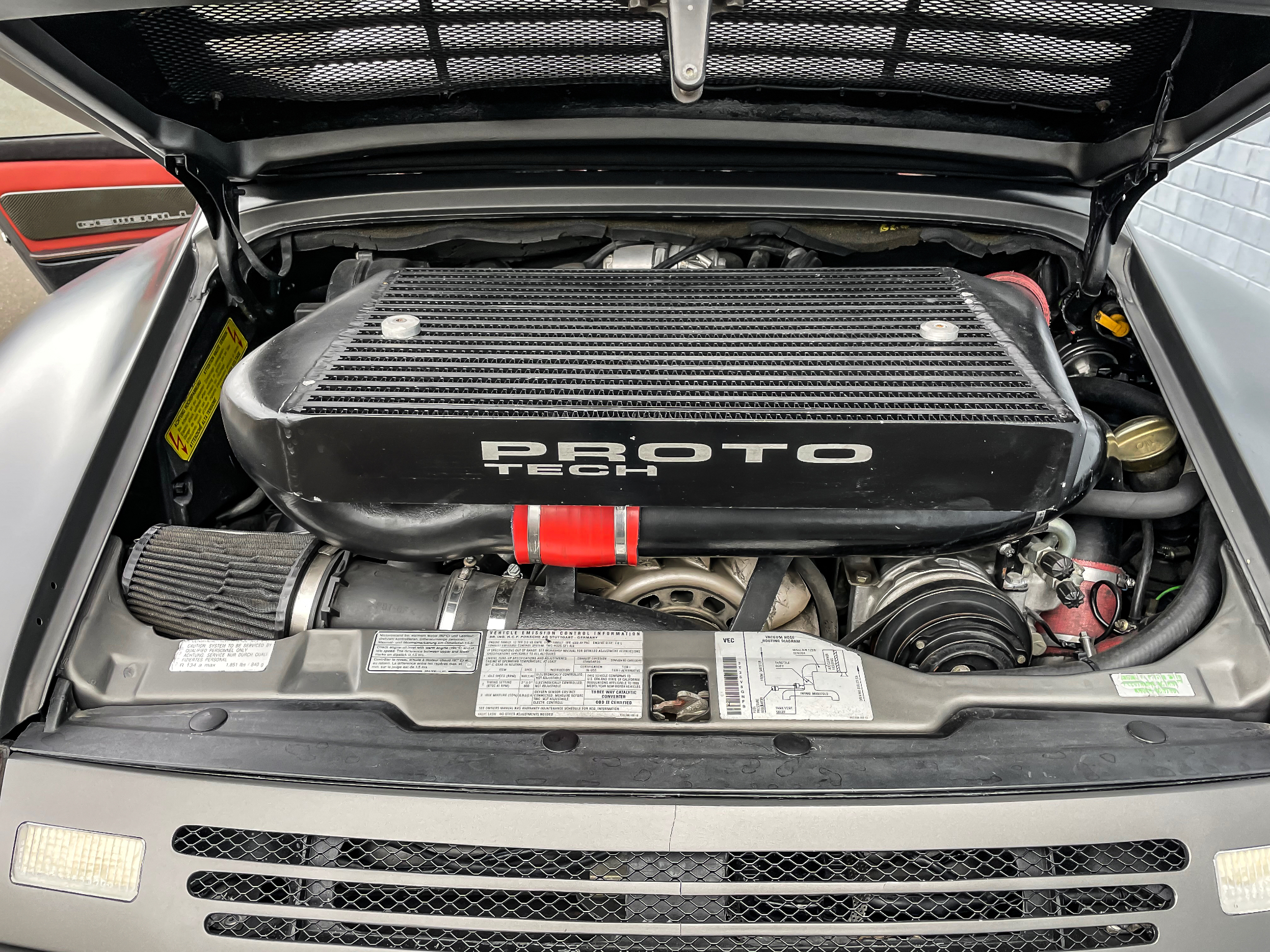 The 3.6 L flat-six engine in this example was brought to Prototech in Florida to receive a twin-turbo conversion including a performance ECU tune as well as custom intake and exhaust systems.  A dyno test reveals a claimed output of 450 HP at the rear wheels, which is transferred through a 6-speed manual transmission.  Other performance upgrades include an adjustable H&R suspension, a larger front sway bar, and Porsche Turbo “Big Red” brakes.  A major service was recently completed by Gulf Motorsports in Pompano Beach at a cost of approximately $10k and service records are also said to accompany the sale.

This sale will include a clean title.  Offering upgraded performance and custom looks unlike any other 993 on the road, this one-off Gemballa twin-turbo Speedster is ready to be enjoyed by a new owner.