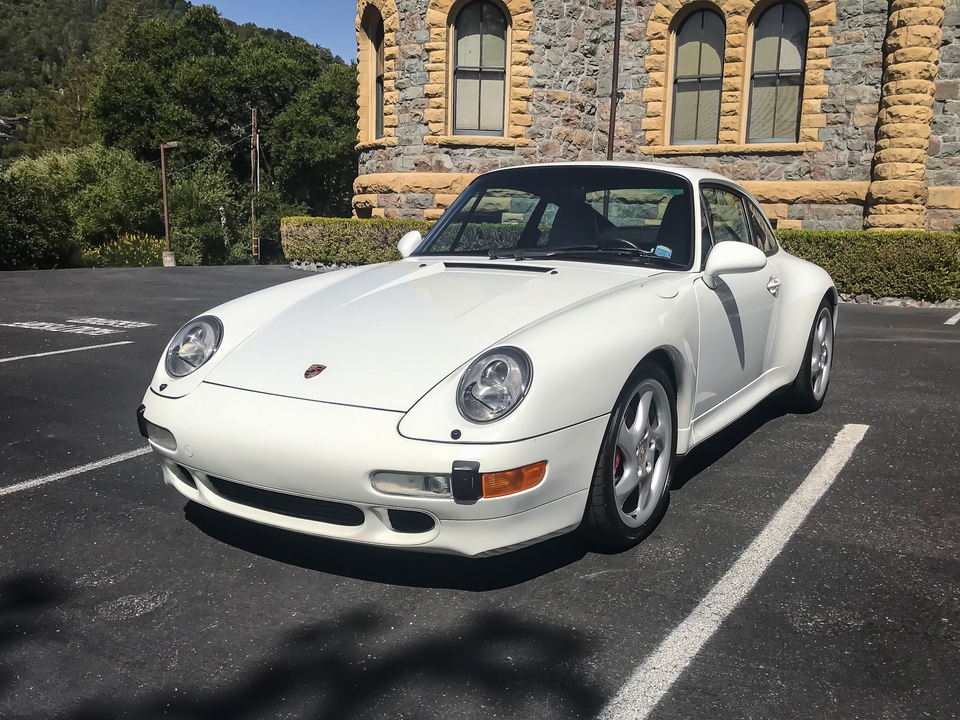 Now available for auction is this 1996 Porsche 993 Carrera 4S finished in Grand Prix White over a black and Marble Grey interior.  With its wide Turbo-derived styling and all-wheel-drive performance, the Carrera 4S has become one of the most desirable models of the final air-cooled generation.  Sporting a rarely seen color combination, this particular 1996 example also came factory equipped with Exclusive options including stainless-steel oval tailpipes and carbon-fiber interior details.  Purchased by the current owner in 2005 at only 14k miles, this 993 has been cherished, driven cross-country, and diligently cared for ever since with approximately 63k miles currently showing on the odometer.  It is now being offered for auction by its long-term owner out of Northern California accompanied by the original owner’s manuals, tools, and service records. 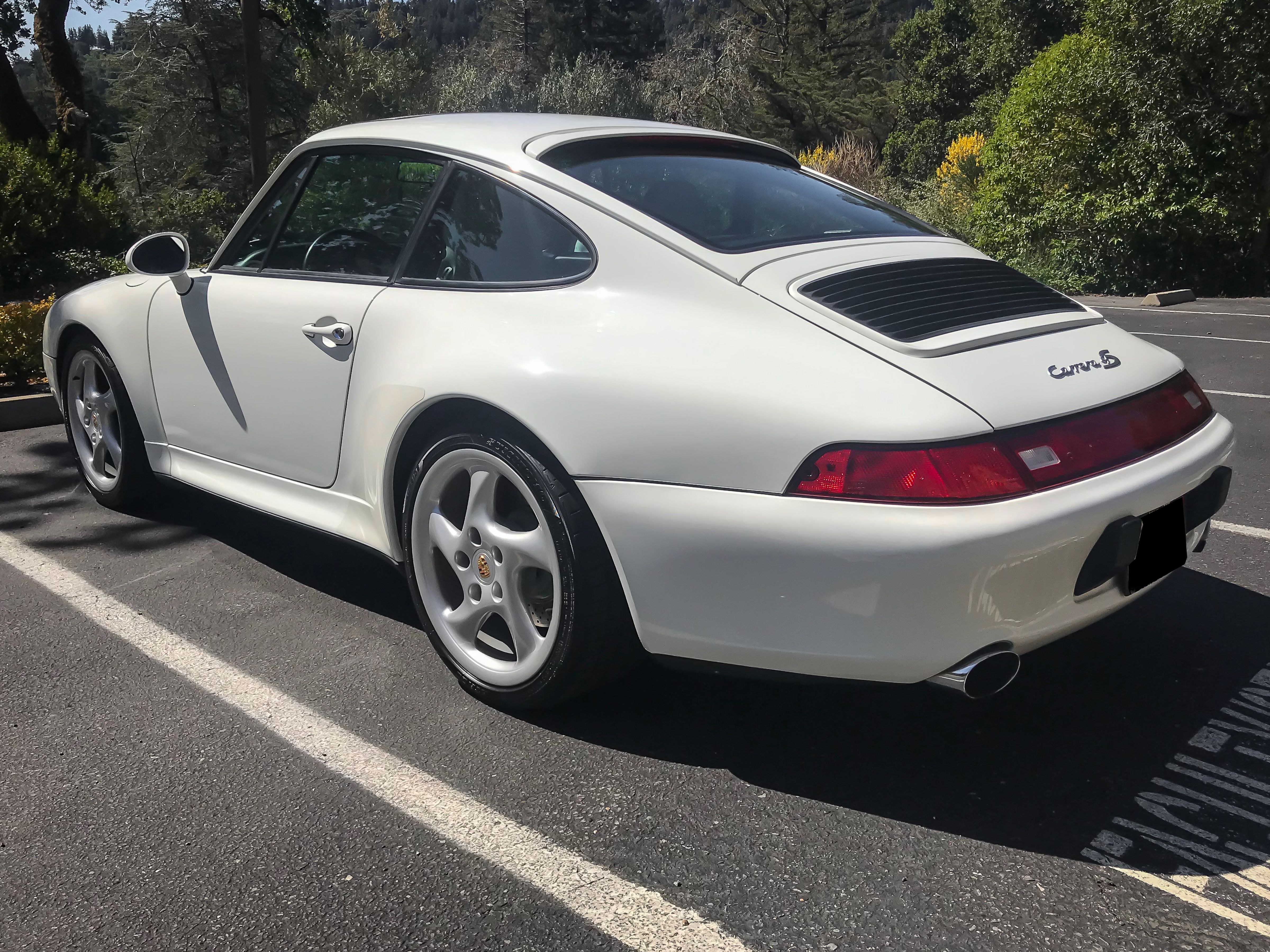 The Grand Prix White finish is reported to be entirely original and the seller adds that clear protective film was applied during their ownership in 2012.  Some minor touchups have been reported throughout the body including two front license plate mount holes which have been filled in.  A collection of detailed images is provided in the photo gallery along with a clean CARFAX report.  In addition to its wide fenders, the 4S shares its front and rear bumper design with the Turbo model as well as its large red brake calipers and 18” Turbo Twist wheels.  The wheels on this example feature optional colored Porsche center crests and Sumitomo tires.  Factory Exclusive stainless steel oval tailpipes can also be seen in the rear. 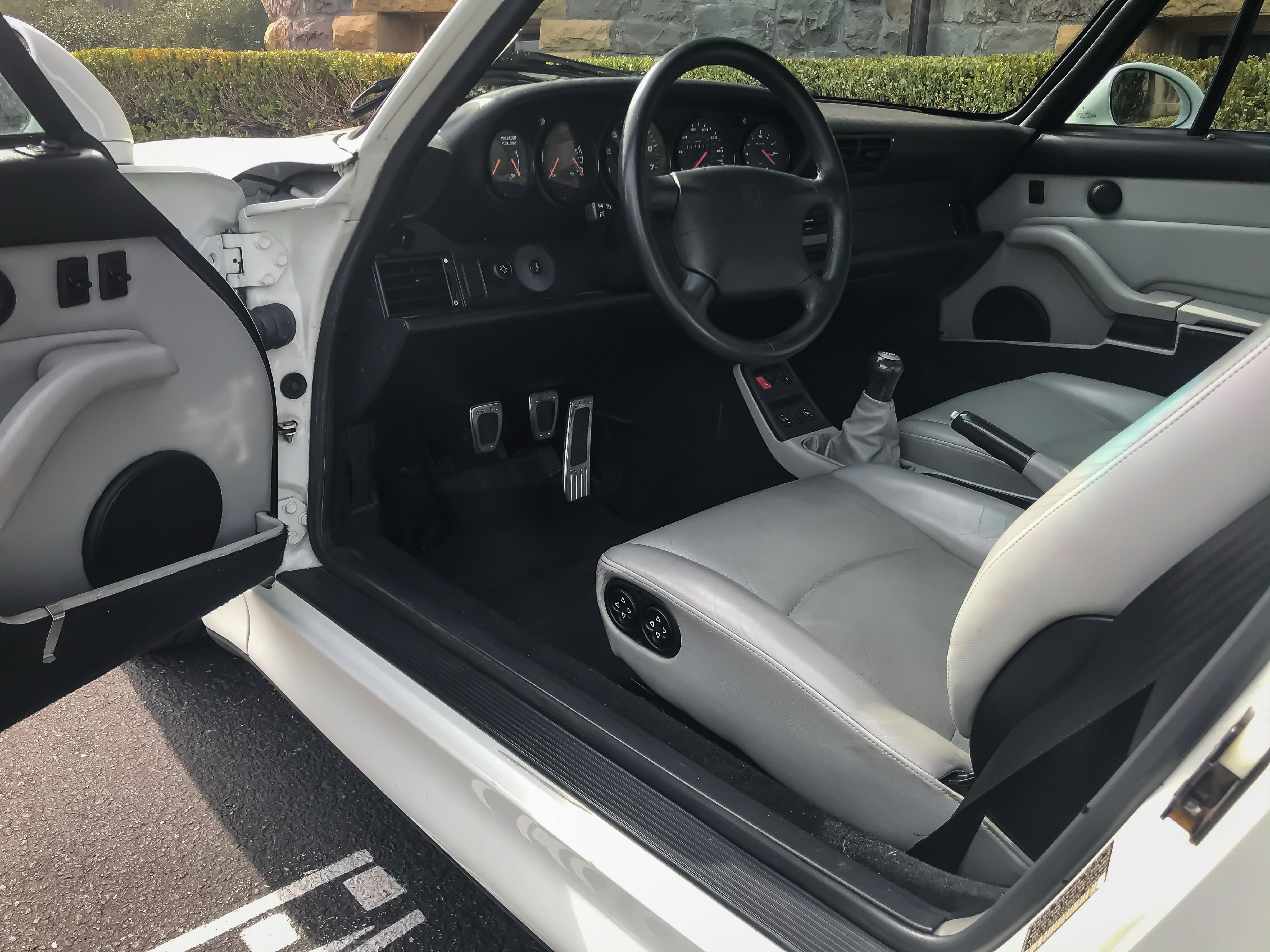 Inside, this 993 is appointed with a beautiful black and Marble Grey interior featuring an Exclusive gear shift knob and handbrake lever in carbon fiber.  Additional factory equipment includes 8-way power-operated seats, cruise control, and an electric sunroof.  The original CDR-210 radio has been retained and the cabin stays true to its factory appearance with all gauges and accessories reported to be fully functional at this time. 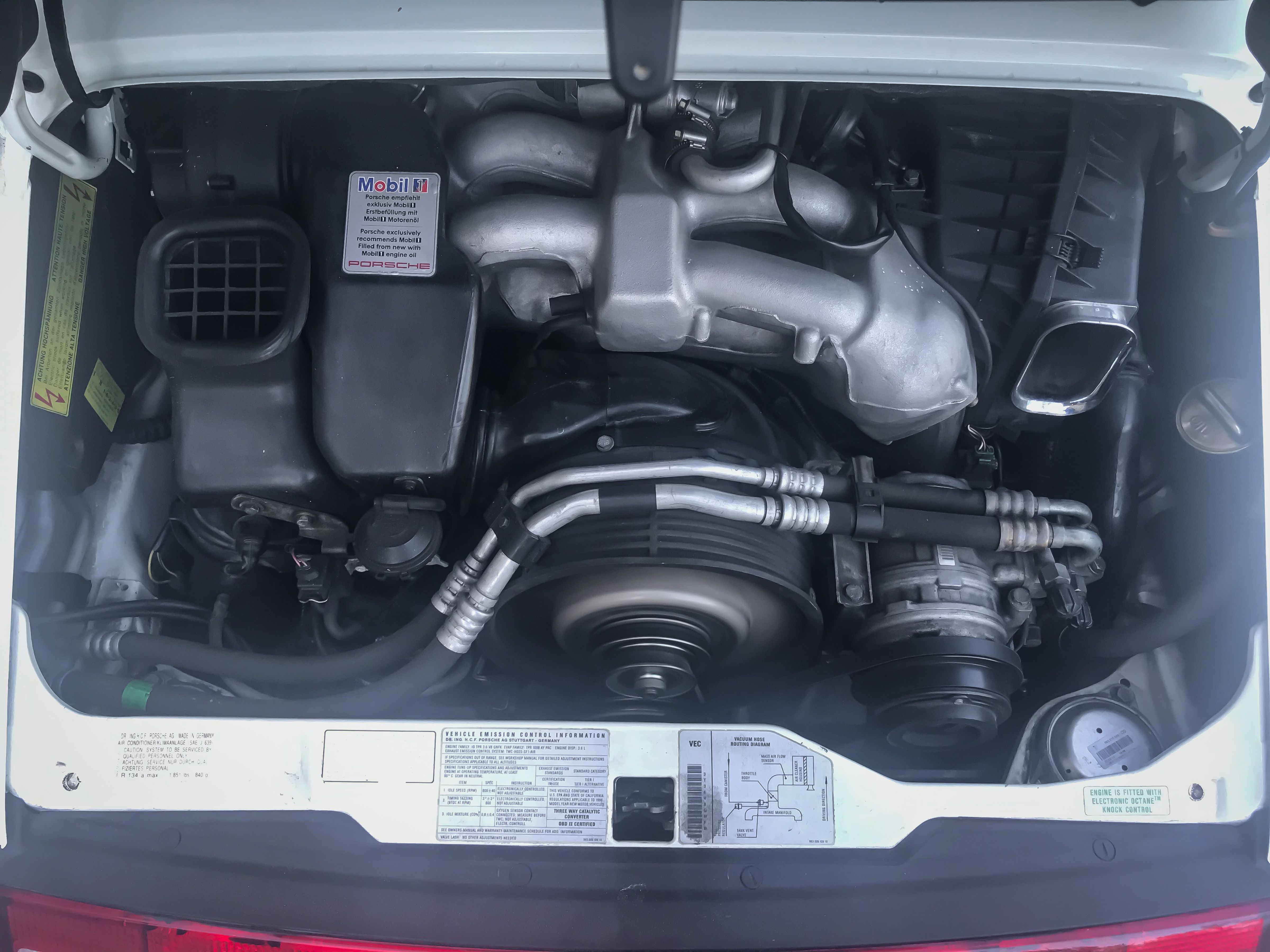 This 993 is equipped with a 3.6L flat-six Varioram engine which sends up to 282 HP to all four wheels through a 6-speed manual transmission.  The C4S features Turbo-spec brakes, and this example has also been upgraded with Bilstein PSS10 suspension.  The seller reports that over $22k worth of service was completed prior to their cross-country journey and that all other maintenance items have been kept up to date including the replacement of the brake rotors in 2020. 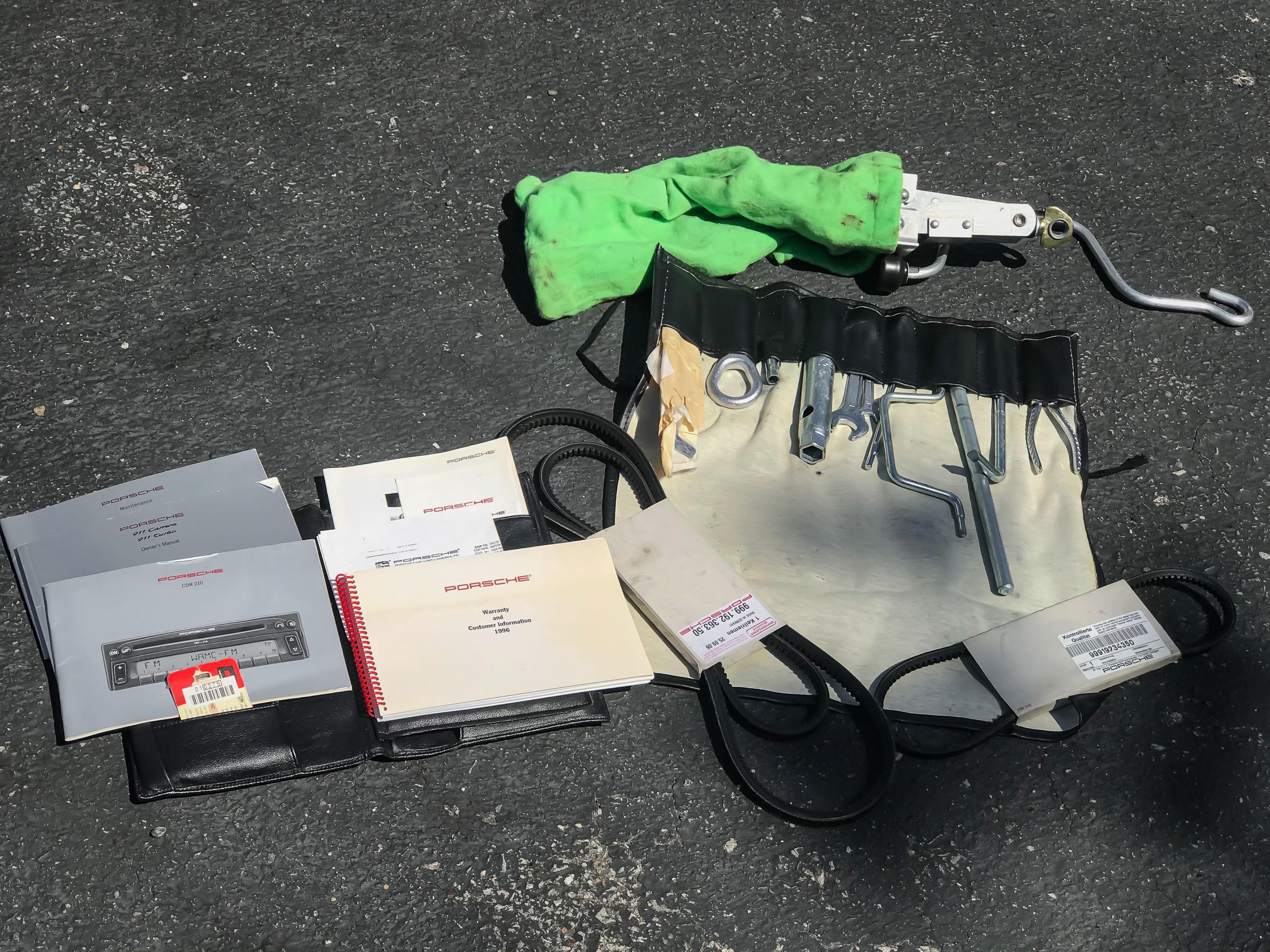 This sale will include original owner’s manuals, a toolkit, jack, spare tire, service records, and a clean title.  The 993 Carrera 4S remains one of the most sought-after air-cooled cars on the road, do not let this highly original 1996 example pass you by.