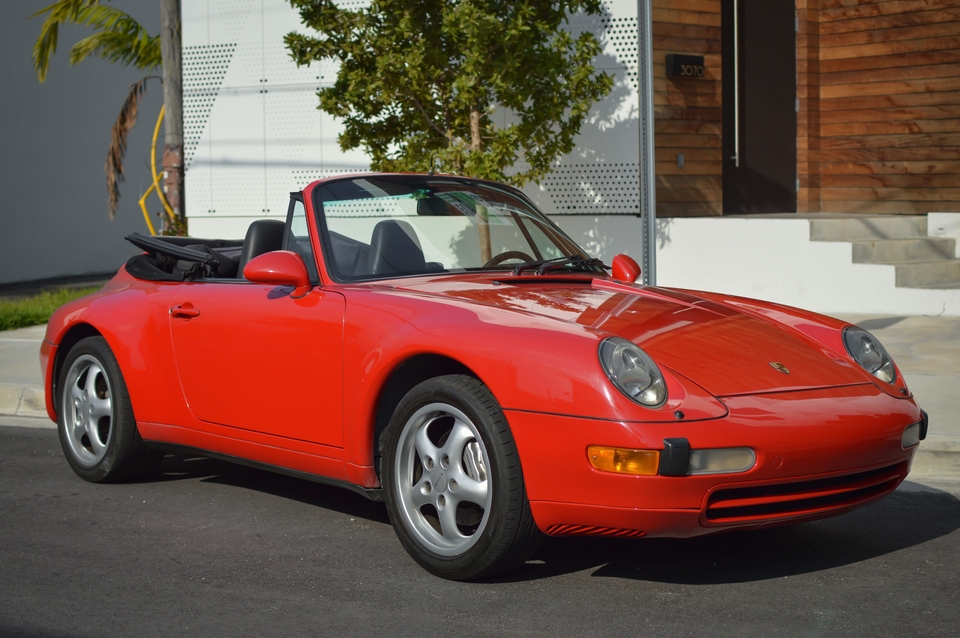 We are pleased to offer this 1997 Porsche 993 Carrera 4 Cabriolet finished in Guards Red over a black interior. Among the last of the air-cooled 911’s, this 1997 example features a 3.6L flat-six engine that sends power to all four wheels through a 6-speed manual transmission.  Originally sold new from Rietzl Porsche Audi of Massachusetts, this 993 was eventually purchased by its second owner in 2000 who had kept the car up until recently in 2020.  Currently showing approximately 59k miles on the odometer, this 993 C4 Cabriolet is being offered by its seller out of Florida. 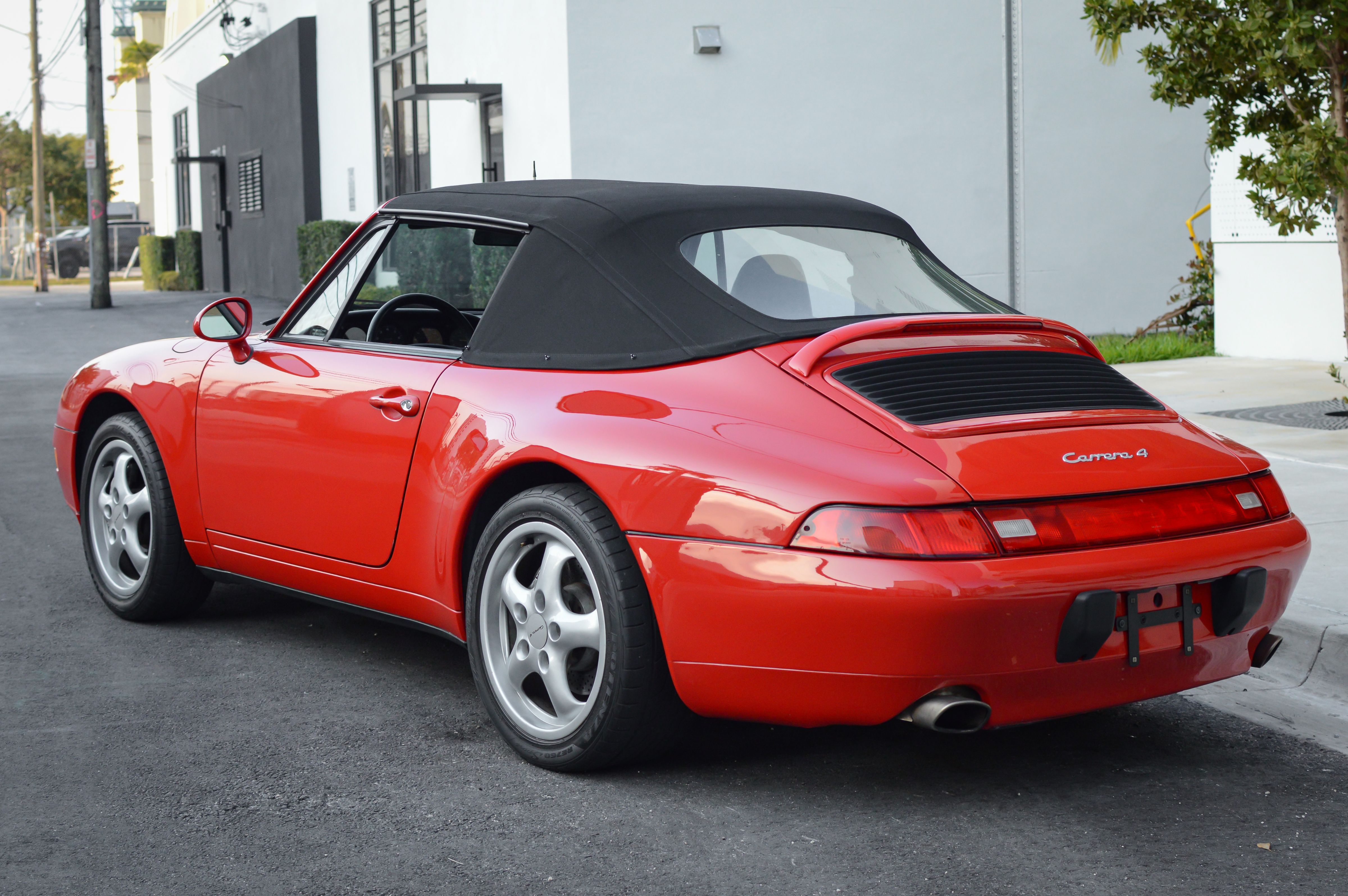 The Guards Red finish on this 993 was recently treated to a professional paint correction.  CARFAX shows rear-end damage to have occurred in 2011 which reportedly resulted in a dent and broken taillight.  The dent has since been removed and two new taillights were recently installed, detailed images are provided in the photo gallery. The black cabriolet top is reported to be in great shape and is suspected to have been previously replaced.  This Carrera 4 retains its factory 17” Cup 2 wheels featuring "Carrera 4" logo center caps and Bridgestone Potenza RE760 Sport tires. 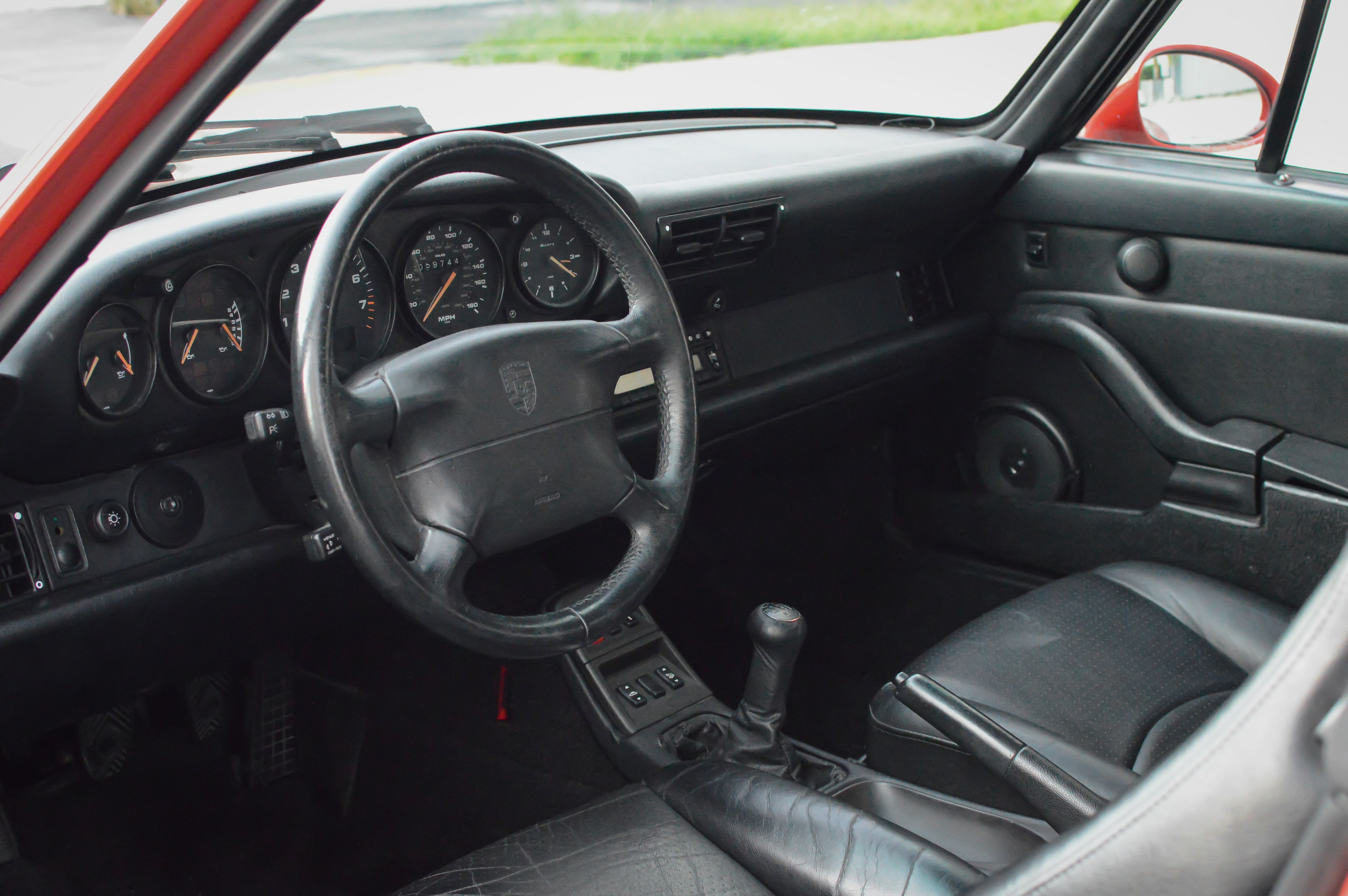 Inside, the black interior presents as highly original with the factory CDR-210 radio remaining in place.  Factory features include 8-way power-adjustable seats, cruise control, and an onboard computer. Some wear is depicted on the steering wheel and driver's seat. The convertible top, sound system, air conditioning, and power windows are all said to be working properly 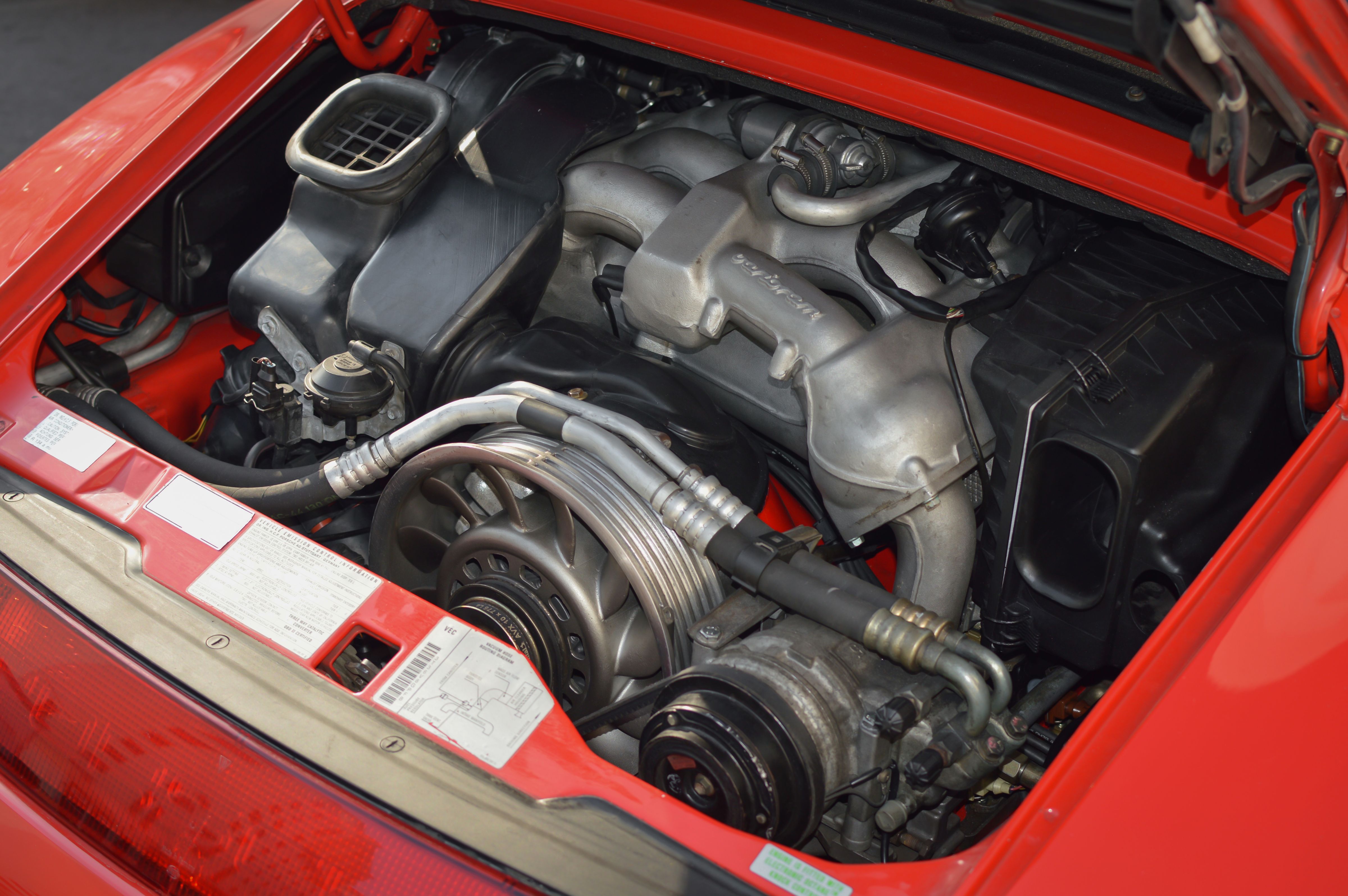 This 993 is equipped with an air-cooled 3.6L flat-six Varioram engine that sends 282 HP to all four wheels through a 6-speed manual gearbox.  Maintenance records are available from Vertex Auto dating back to 2014. In 2019, the previous owner had carried out a major service at a cost of approximately $6k which included new axles as well as new Bilstein shocks and struts all around.  There are no outstanding maintenance items reported and a recent oil and filter change was carried out in preparation for sale. 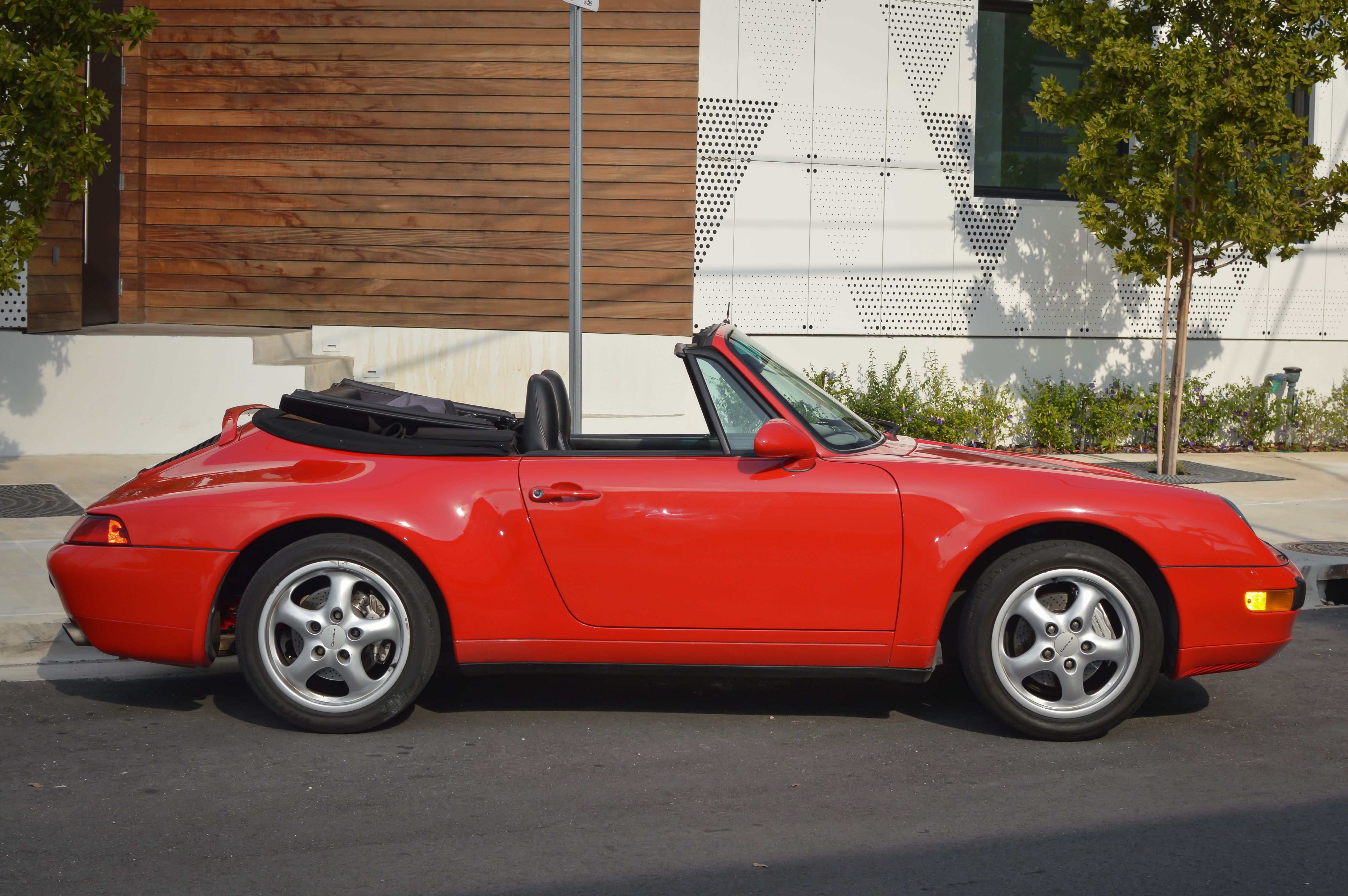 Offered with a clean title and the original spare tire, this 993 is just waiting to be enjoyed by its next owner.