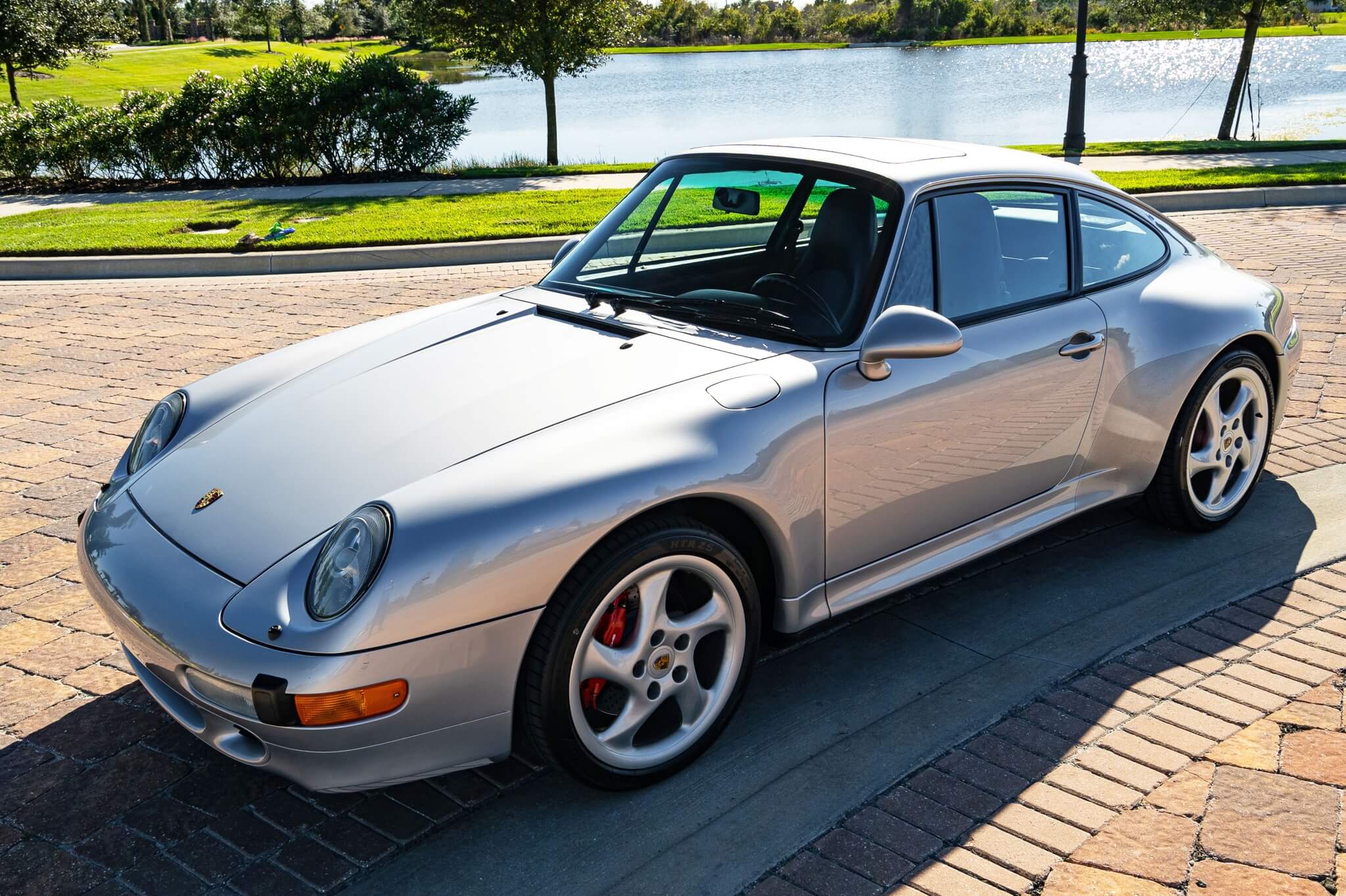 Up for auction is this 1997 Porsche 993 Carrera 4S finished in Arctic Silver Metallic over a black interior.  Sporting wide Turbo-derived bodywork and a naturally aspirated flat-six sending power to all four wheels, this original Carrera 4S is one of the most desirable 993s of all.  This 1997 example came factory equipped with the Motor Sound Package, a sunroof, and 8-way power-adjustable seats with driver-side lumbar support.  It was acquired by the current owner in 2014 and is now being offered for auction out of Florida with approximately 27k miles showing on the odometer. 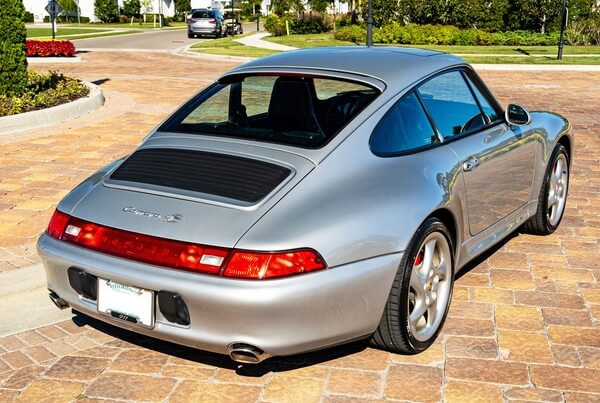 The wide bodywork of this C4S is finished in Arctic Silver Metallic and the 18” Turbo wheels come fitted with optional colored Porsche center crests.  The clear stone guards over the rear fenders show signs of age and some small cosmetic imperfections are depicted in the photo gallery.  CARFAX shows salvage and rebuilt titles issued by the states of New York and Texas in November of 2005. Paint meter readings are provided in the gallery along with a Lemon Squad report which found very good panel fitment and no signs of damage, rust, or leaks.  The factory wheels come dressed in a set of Sumitomo HTR Z5 tires dated from 2018. 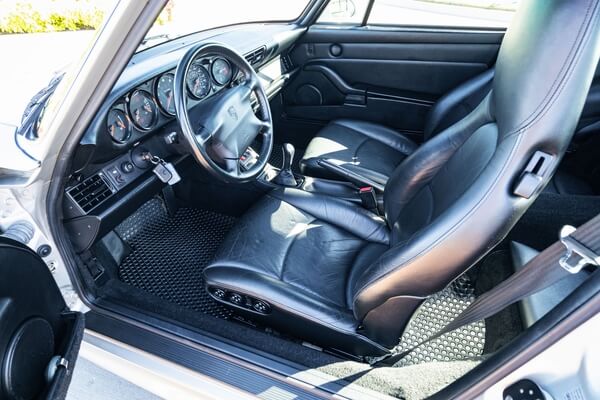 The cabin is trimmed in black partial leather and features an upgraded RS-style shifter, rubber floor mats, and an original CDR-210 radio.  The Lemon Squad report found all gauges and accessories to be fully functional and the factory specifications label on the underside of the hood lists the following options: 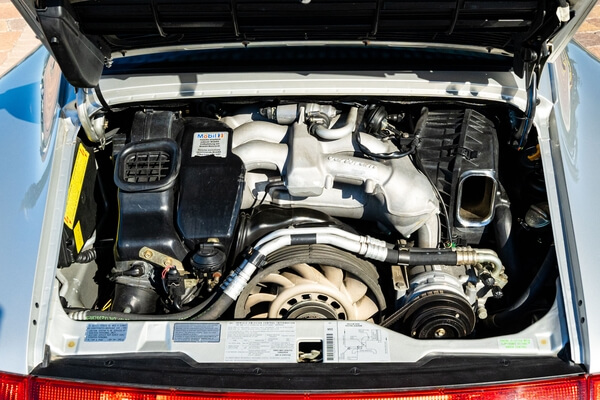 This 993 features an air-cooled 3.6L flat-six Varioram engine that sends as much as 282 HP to all four wheels through a 6-speed manual gearbox. The factory optioned Motor Sound Package provides a more aggressive tone with a revised airbox and louder mufflers.  Standard equipment on the 4S includes a lowered suspension and more powerful brakes derived from the 911 Turbo.  CARFAX shows the last documented service to have been completed by Suncoast Motorsports Porsche in December of 2019 at 27,400 miles.

This sale will include a set of two remote keys, the original owner's manual, and a clean Florida title showing rebuilt and salvage brands previously issued in Texas and New York.