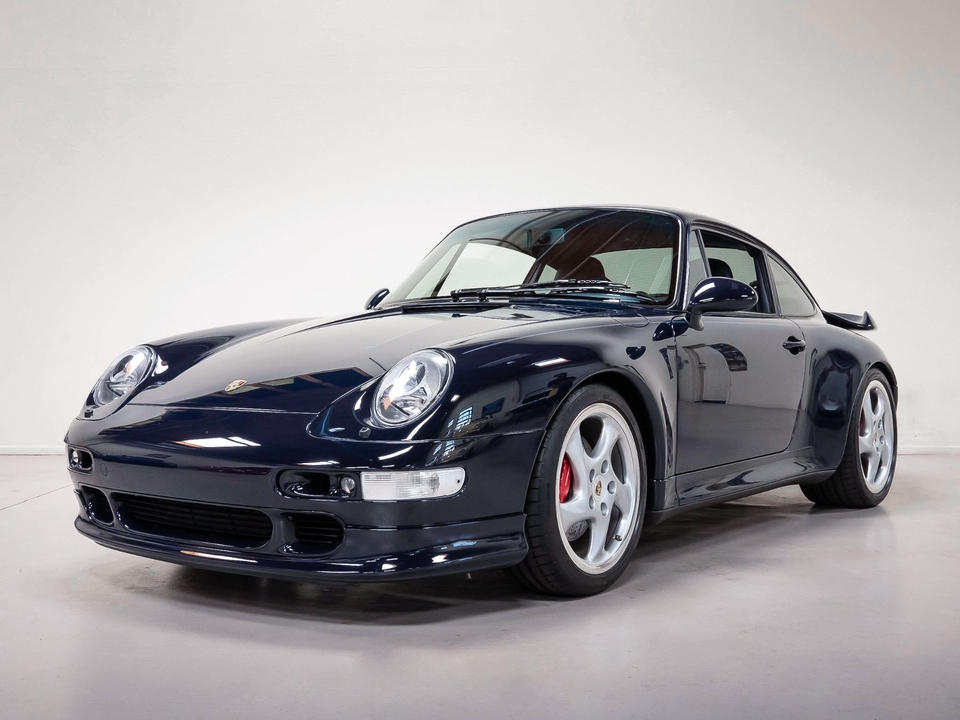 Now available for auction is this 1997 Porsche 993 Turbo presented in the rare color of Dark Blue over a stunning two-tone Midnight Blue and Classic Grey leather interior with carbon fiber.  Purchased by its current owner in Southern California back in 2002 with some minor damage, this highly sought after 993 Turbo was completely inspected by Andial before undergoing mechanical and cosmetic refurbishments to bring the car up to excellent overall condition.  Some performance upgrades were also installed including Bilstein coilovers, a Turbo S tune and a 21mm rear sway bar.  Showing only 28,445 original miles on the odometer, this beautifully appointed 993 Turbo is now being offered by its seller in California while remaining in superb driving condition. 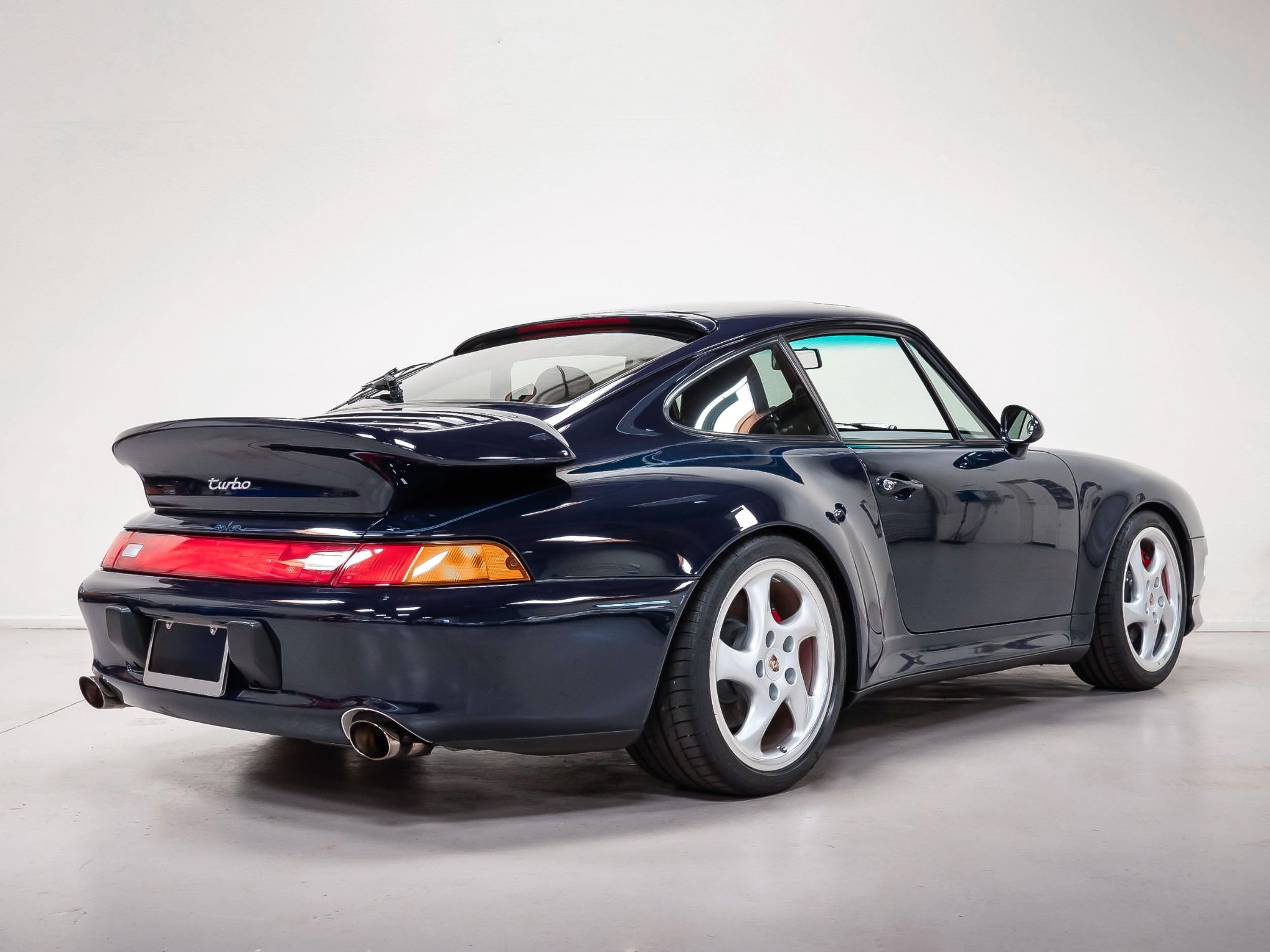 The rarely-seen nonmetallic Dark Blue finish on this 993 is said to be in outstanding condition with Xpel paint protective film applied over the front bumper, hood, spoiler and lights (detailed images are provided in the photo gallery).  A custom vinyl pinstripe has been added which is totally removable. This Turbo is characterized by its wide fenders, revised front fascia and distinctive rear spoiler.  The factory hollow spoke Turbo Twist wheels were professionally refinished with painted centers and a polished outer rim.  New Michelin Pilot Sport tires were also installed within the last 1k miles. 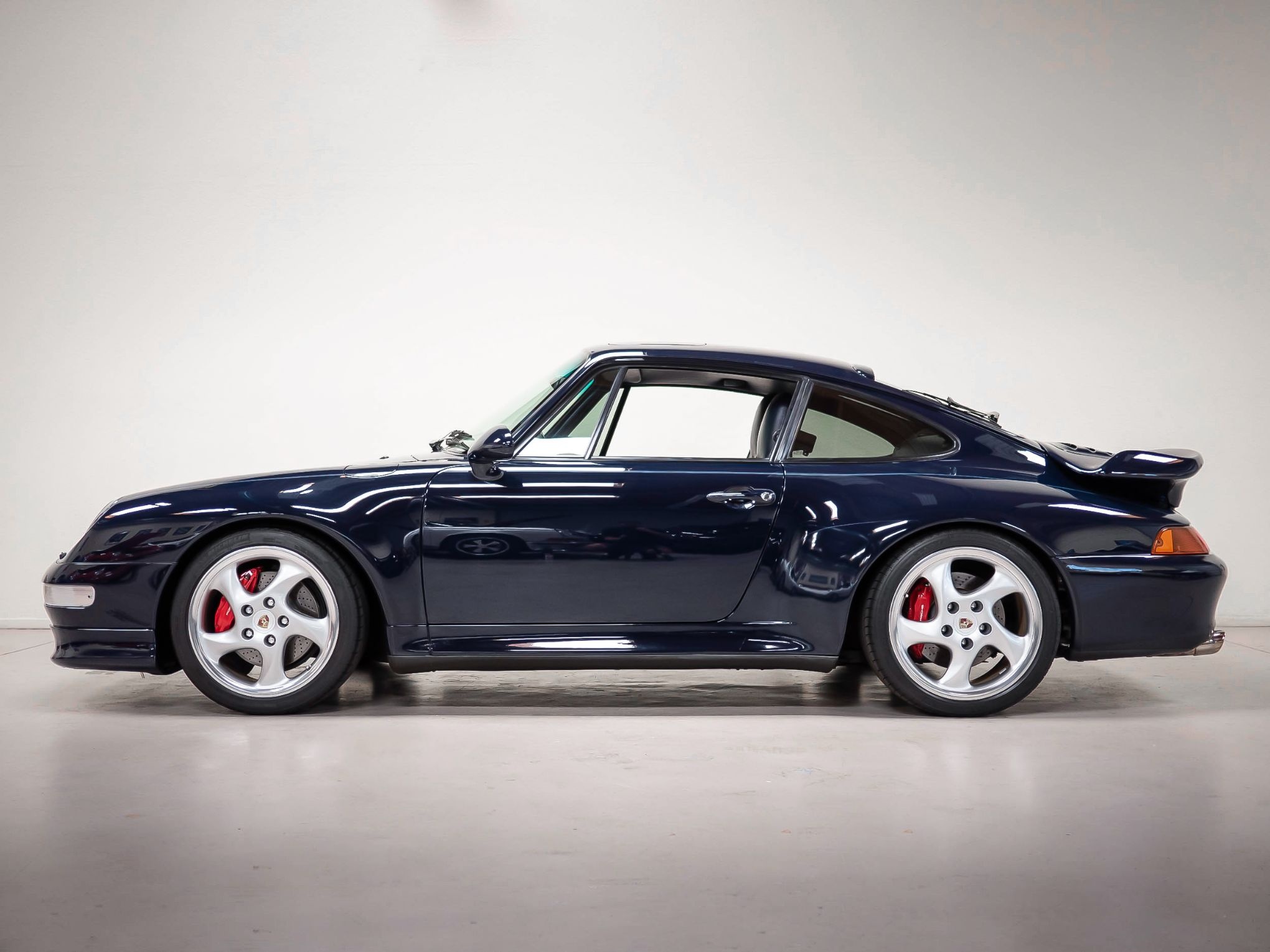 Early on in this car’s life, this Turbo was involved in an accident that caused damage to the front right fender, spoiler lip, door and rear quarter panel. The minor front fender and spoiler lip damage was repaired, and the door was replaced in Arizona by the previous owner.  Upon the seller’s purchase in 2002, this 993 was brought to Andial for an inspection which confirmed that the body damage was in the rear quarter, and that the damage to the front fender and door were purely cosmetic and properly repaired.  The frame showed no signs of damage and the engine, transmission and half shaft were found to be unscathed by the incident.  The seller later had the rear quarter panel repaired and professionally refinished to as-new standards.  This car is accompanied by a clean California title, although the Carfax shows a branded rebuilt status. 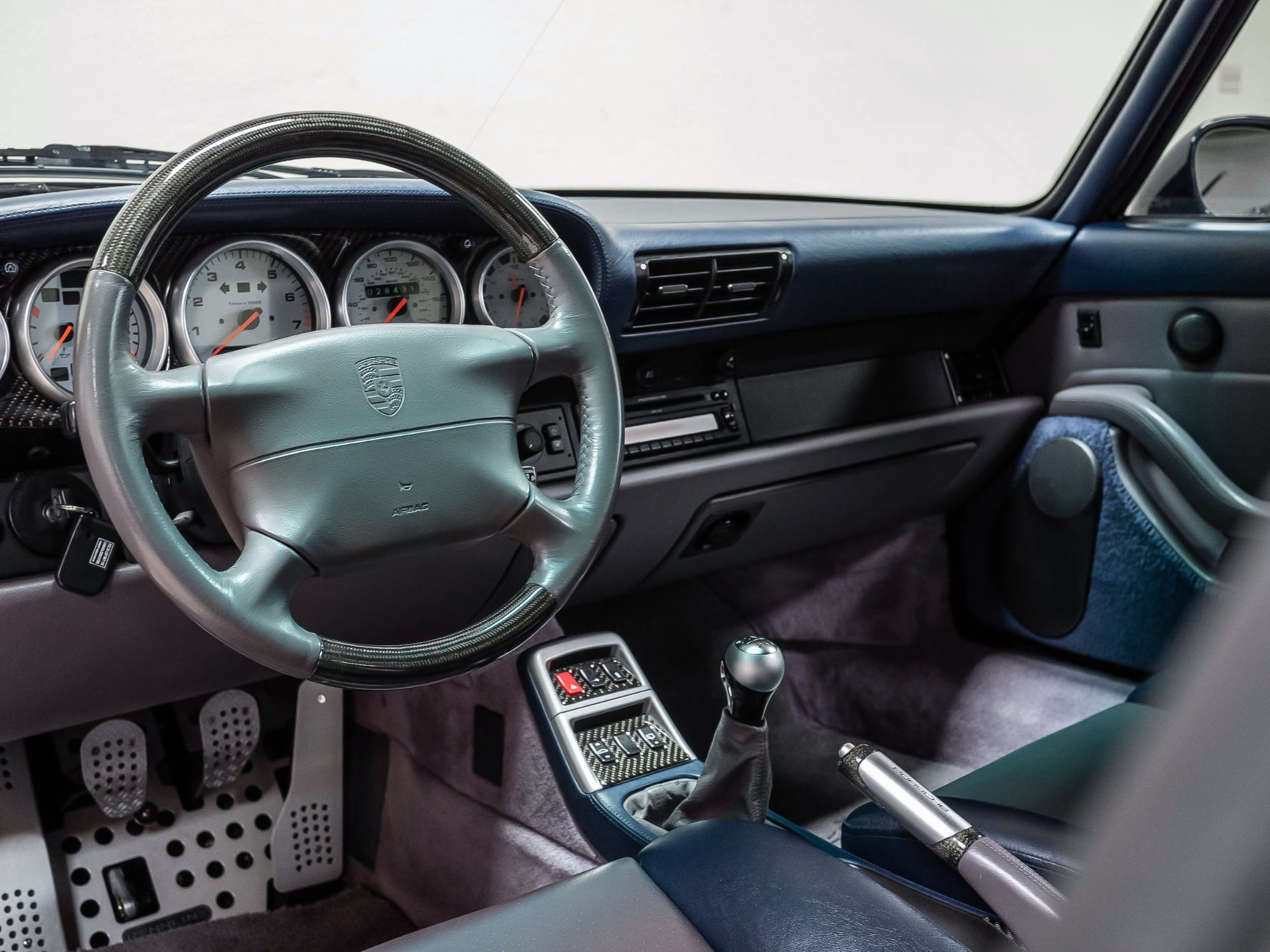 Inside, this Turbo features a gorgeous two-tone Midnight Blue and Classic Grey leather interior with optional carbon fiber and aluminum trim on the steering wheel, handbrake and gear shift lever.  Carbon fiber cladding also surrounds the white instrument gauges as well as the buttons on the forward center console.  Stainless steel pedals have been installed along with a Rennline stainless steel floorboard.  The seller confirms all gauges and electrical components to be fully functional. 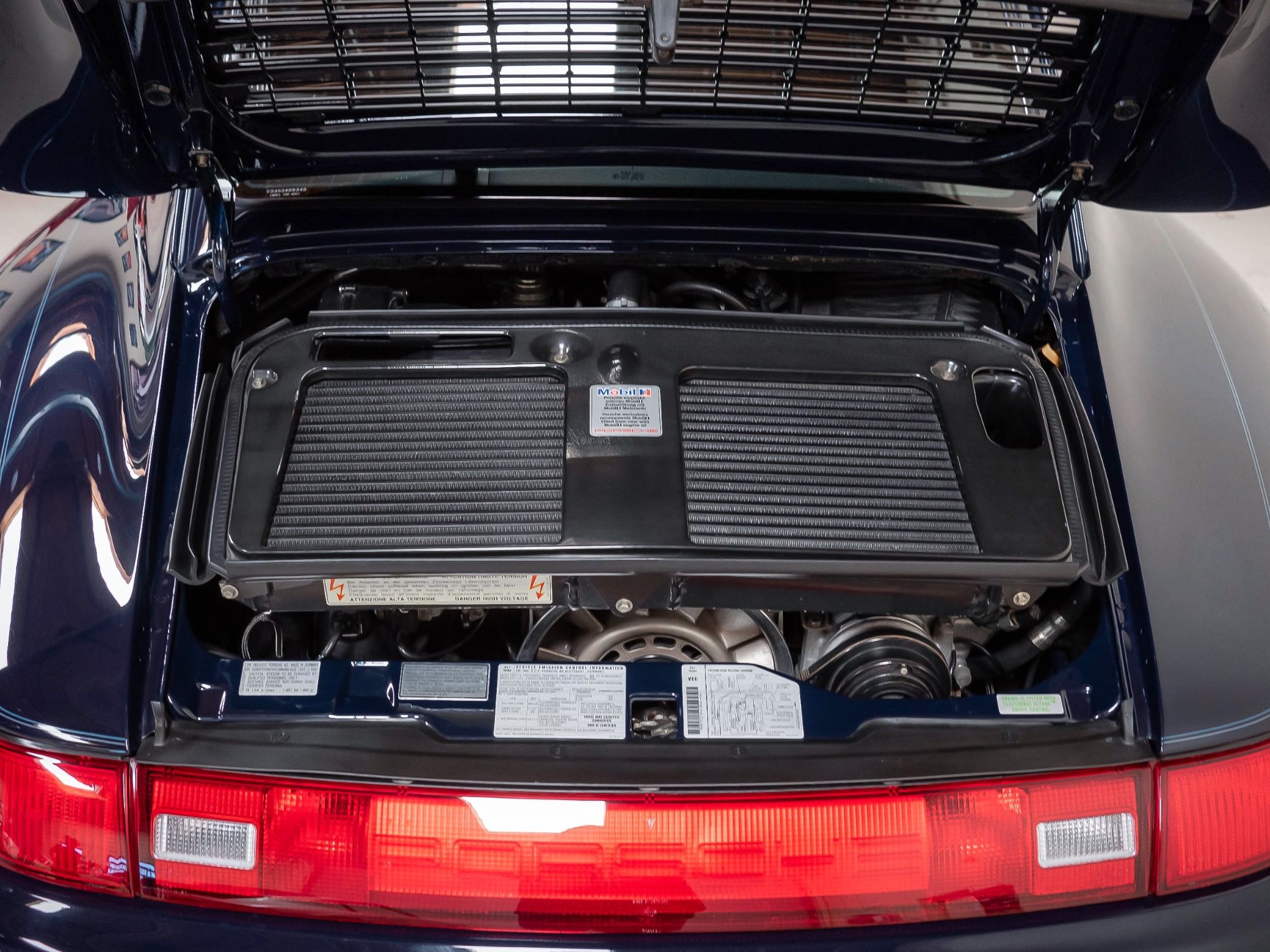 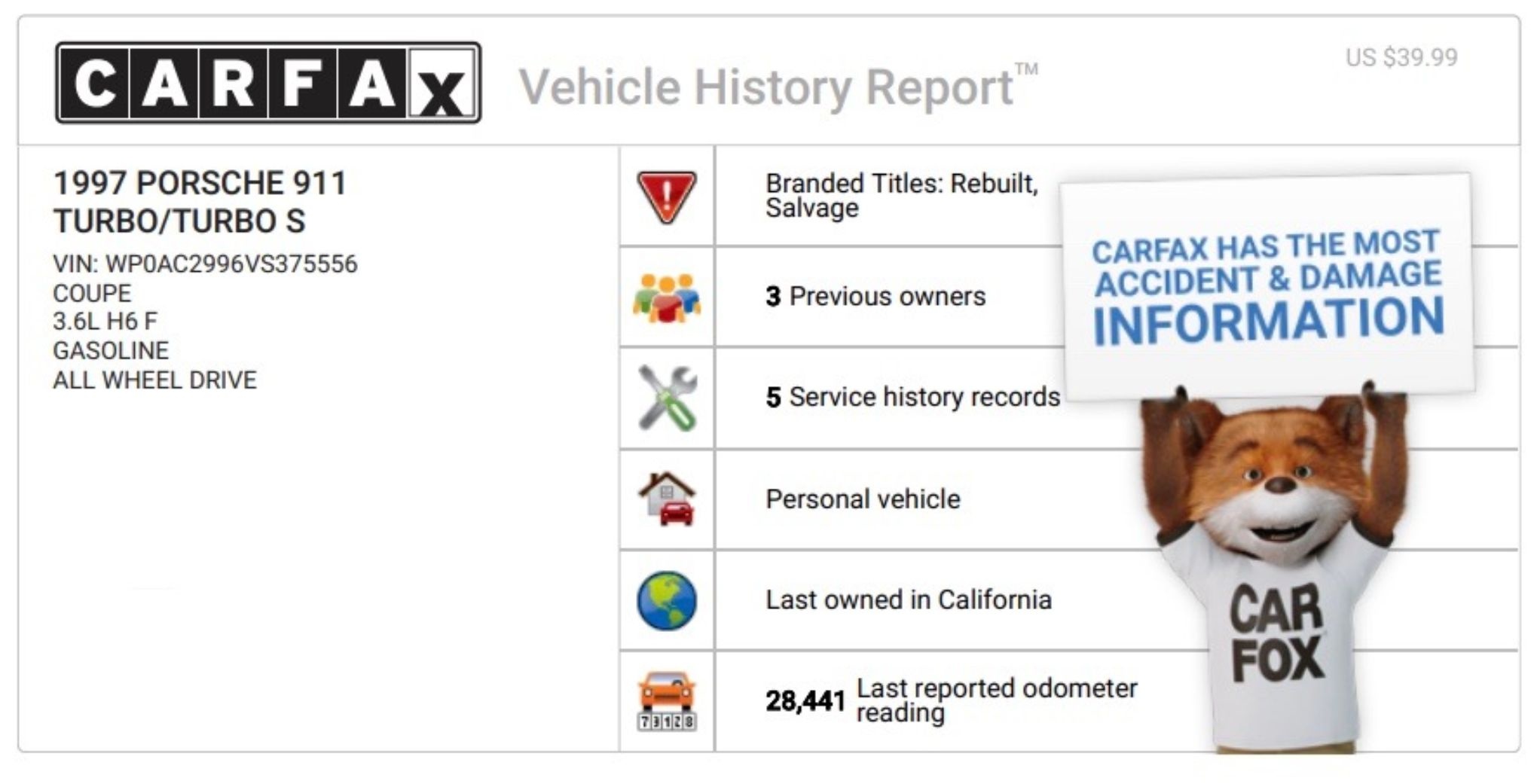 This sale will include a set of 2 keys, books and service records.  Sporting an outstanding configuration while showing just over 28k original miles on the odometer, this Turbo offers a truly incredible value for any enthusiast.