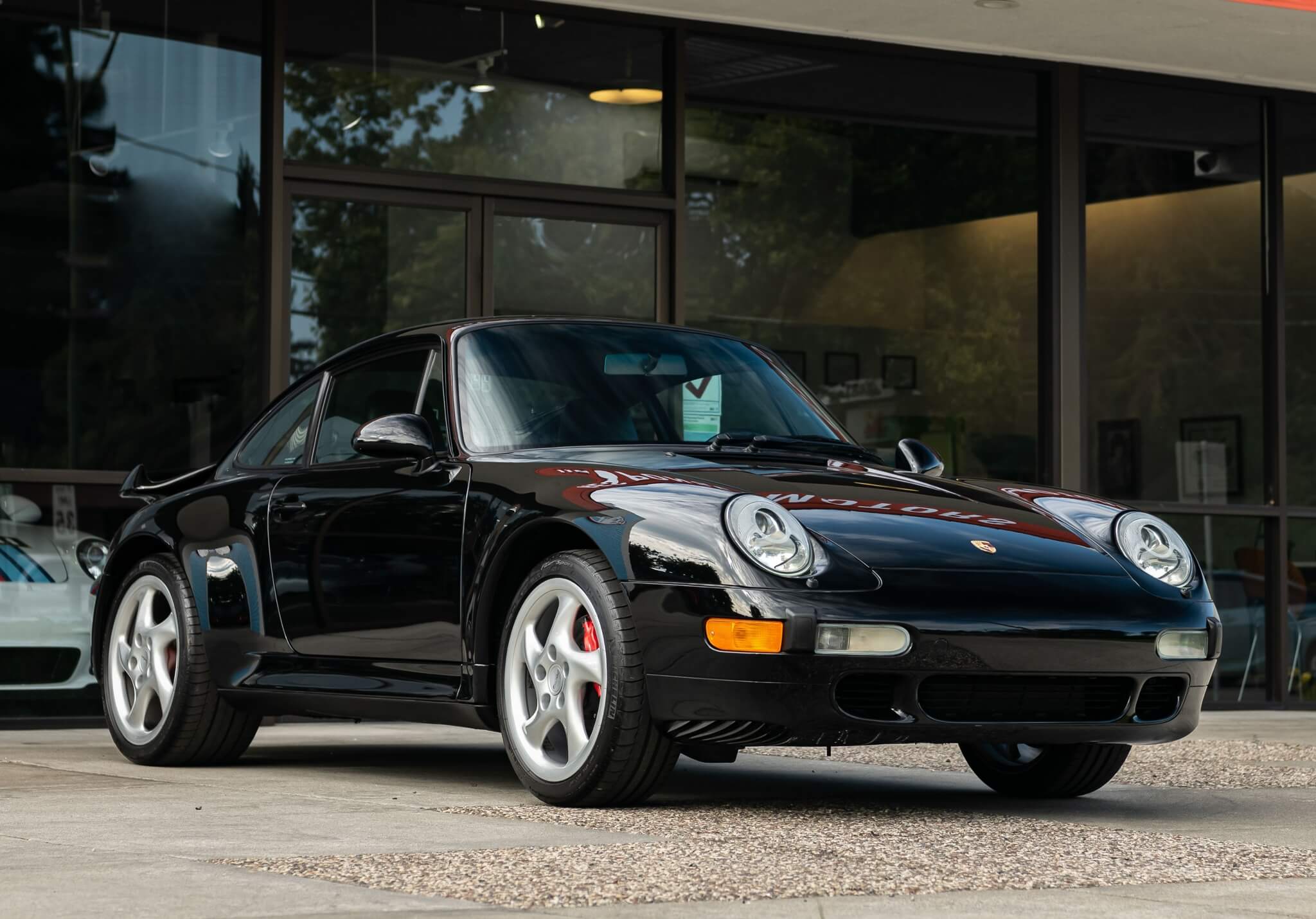 Now available for auction is this 1997 Porsche 993 Turbo finished in Black over a black leather interior.  Marking the final iteration of the air-cooled 911 Turbo, this two-owner 993 has been very well cared for throughout its lifetime in Florida and California, accompanied by a collection of service records dating back to the original purchase.  Showcasing an Exclusive aluminum shifter and brake handle as well as supple leather seats with Porsche crested headrests, this handsomely appointed 1997 Turbo is now being offered for auction by its seller out of California while showing just over 44k miles on the odometer. 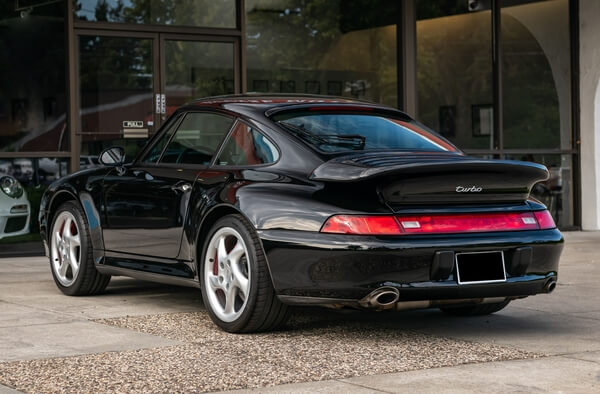 This Turbo comes finished in Black and features wide bodywork complementing the color-match rear spoiler.  The car has been recently treated to a full paint correction, ceramic coating, and new clear stone guards applied over the rear fenders. The seller states that the passenger-side front fender was professionally replaced and refinished by an authorized Porsche dealer in 2011 to address damage sustained when the car struck a curb on the freeway.  All other body, brake, and suspension components were replaced as necessary during this time to ensure the car was repaired up to Porsche’s standards, a corresponding invoice totaling over $40k is provided in the gallery along with a clean CARFAX report. The factory lightweight 18” Technology hollow-spoke wheels come dressed in a set of new Michelin Pilot Sport 4S tires. 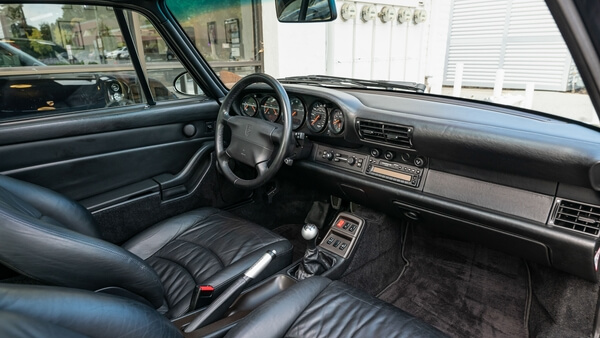 Inside, the cabin is trimmed in black leather with supple leather seats featuring Porsche crested headrests as well as a shifter and brake handle in aluminum. Other features include a power sliding sunroof, power windows, air conditioning, cruise control, a 6-disc CD changer, Litronic xenon headlights, an onboard computer, and CR-210 radio, all of which are said to be working properly.  The cabin is described to have been very well kept with minimal signs of wear on the seating surfaces. 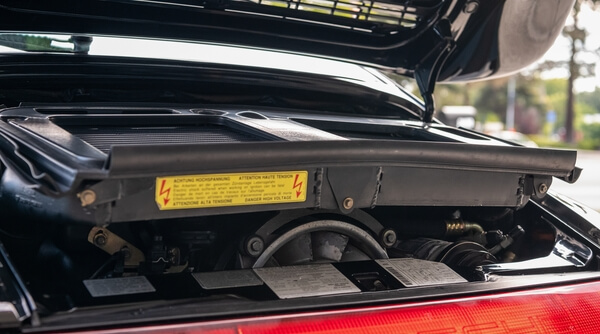 This 993 is equipped with a 3.6L twin-turbocharged flat-six engine which sends up to 408 HP and 398 lb.-ft of torque to all four wheels by way of a 6-speed manual transmission.  Compared to its predecessor, the 993 Turbo uses two smaller K-16 turbochargers and dual-charge air intercoolers resulting in greatly improved throttle response at lower RPM. The dynamic limited-slip system with Active Brake Differential (ABD) and a limited-slip differential are equipped as standard.  A vast collection of records details a lifetime of maintenance carried out by authorized Porsche dealers, including an invoice from 2010 showing a major engine-out service and transmission rebuild to have been performed at 34k miles.  Several engine seals and gaskets were replaced to address oil leaks in 2013 and an overhaul of the ignition system was completed in 2017 at just under 43k miles.  Corresponding records are provided in the gallery along with a recent service invoice and pre-purchase inspection from Porsche Rocklin in June of 2021. 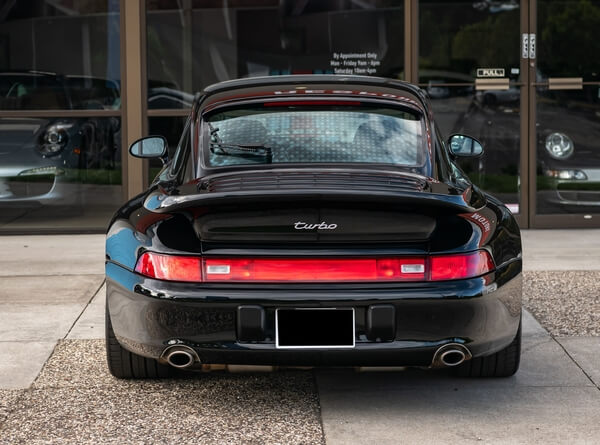 This sale will include a set of keys, service records, and a clean title.  Thoroughly documented and maintained to a very high standard, this increasingly sought-after 993 Turbo is ready to be enjoyed by a new owner.