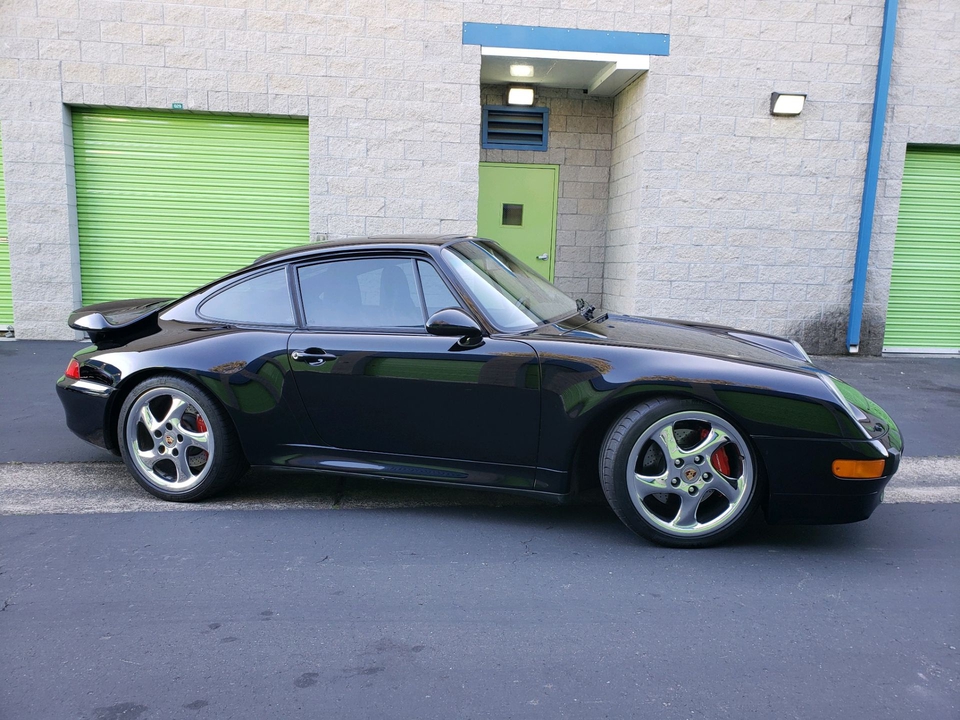 The Porsche 993 Turbo holds a special place in Porsche history as the last air-cooled Turbo model produced. Accordingly, only 1,297 993 Turbo’s were offered for sale, making this an incredibly rare vehicle. Up for auction is a low mileage 1997 Porsche 911 Turbo finished in black over a black leather interior. This 25.6k-mile example was sold new at Stevens Creek Porsche in Santa Clara, California and currently resides in Santa Rosa, California. Though having spent a handful of years on the east coast, this car has been in California for most of its life. 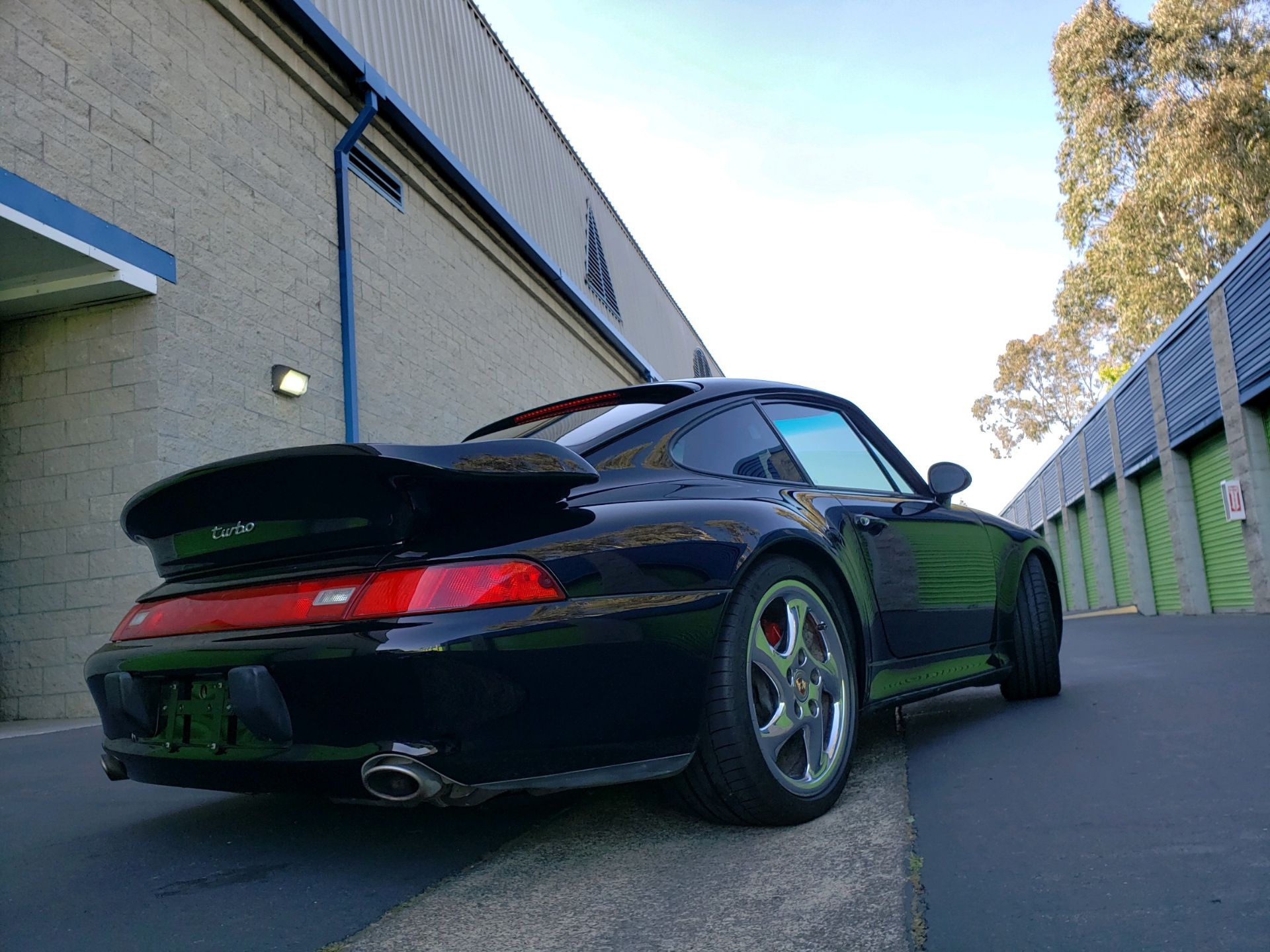 The exterior paint is stunning and is said to be all original aside from a professional respray of the front bumper due to rock chips. Paint meter readings have been provided in the photo gallery. The seller states that the vehicle has been garage kept its entire life and there are no signs that it has ever been driven in inclement weather. 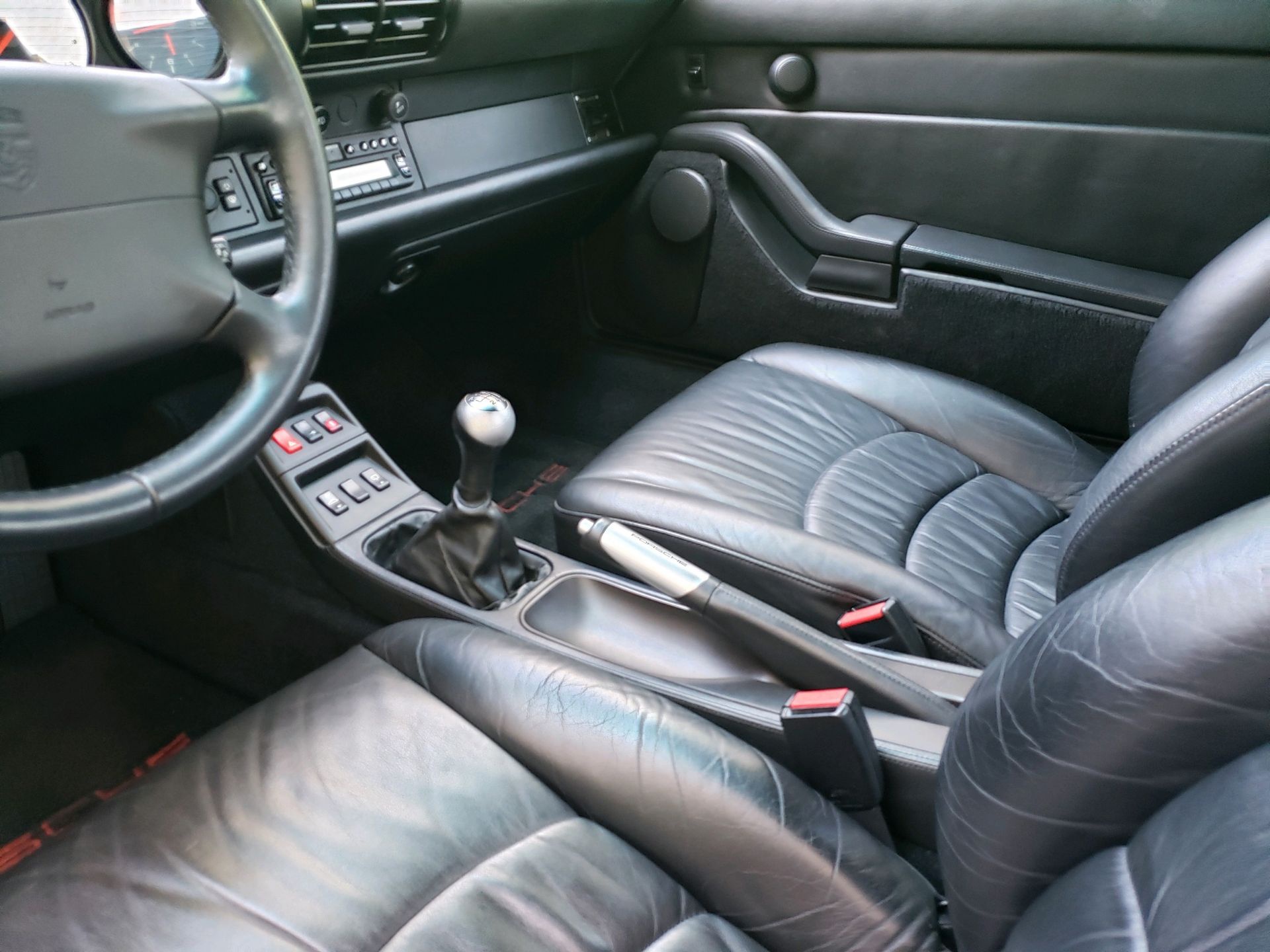 The black leather interior is in exceptional condition. This Turbo was ordered new with an MSRP of $107,000.00, featuring factory options such as powered front seats with supple leather, aluminum shift knob, aluminum brake handle, and factory sunroof.  All functions including the original radio, air-conditioning, and heat are in working order. 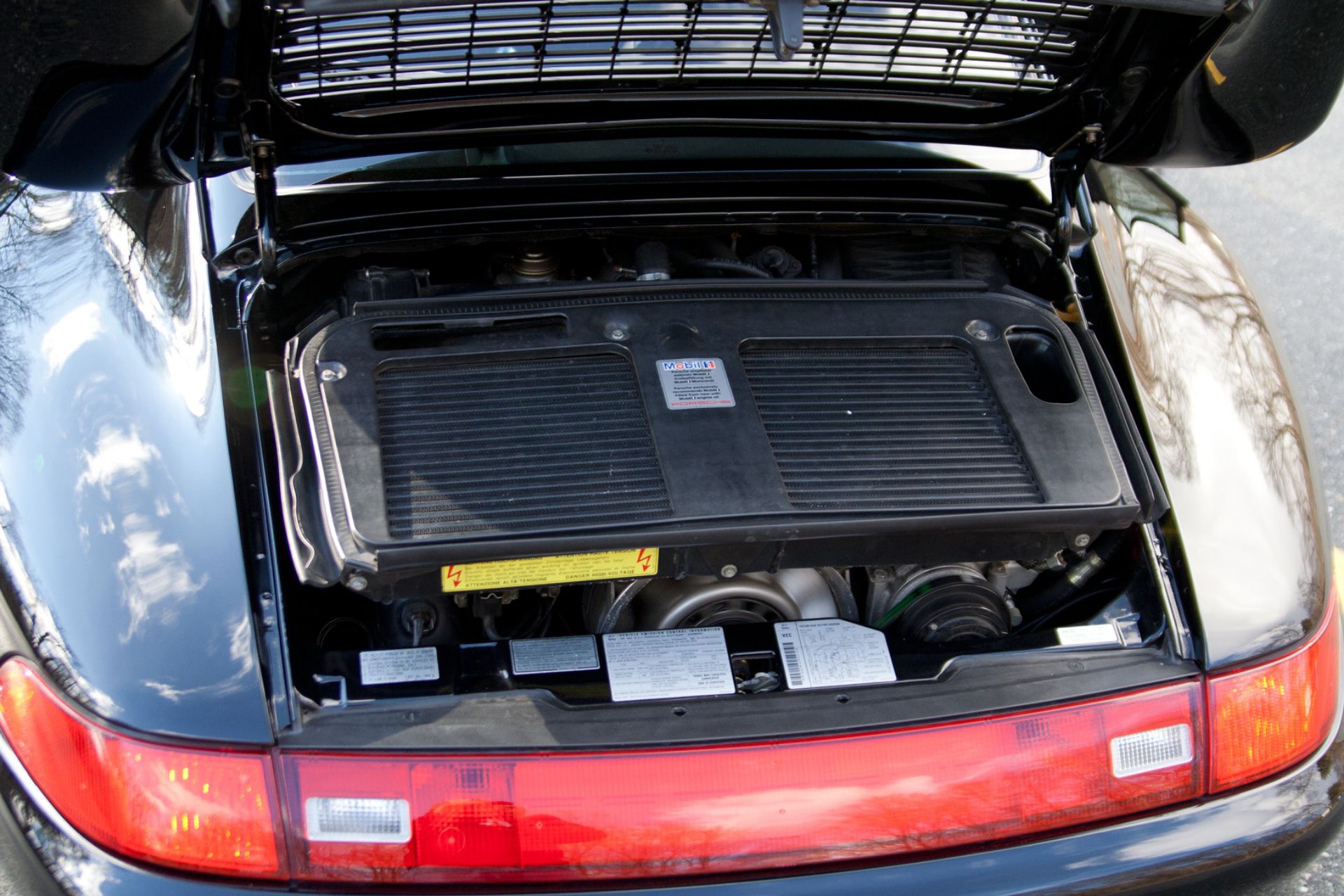 The 993 Turbo is equipped with a twin-turbocharged M64 3.6L flat-six engine, producing 408HP and 398 lb-ft torque and delivers power to all four wheels via a 6-speed manual transmission. In December 2018, the Turbo received a $3,400 service at Hoffman Porsche. In addition to the service, new hood and decklid struts were installed along with an oil change, and new accessory belts. A pre-purchase inspection was also performed, deeming the vehicle in great running condition. 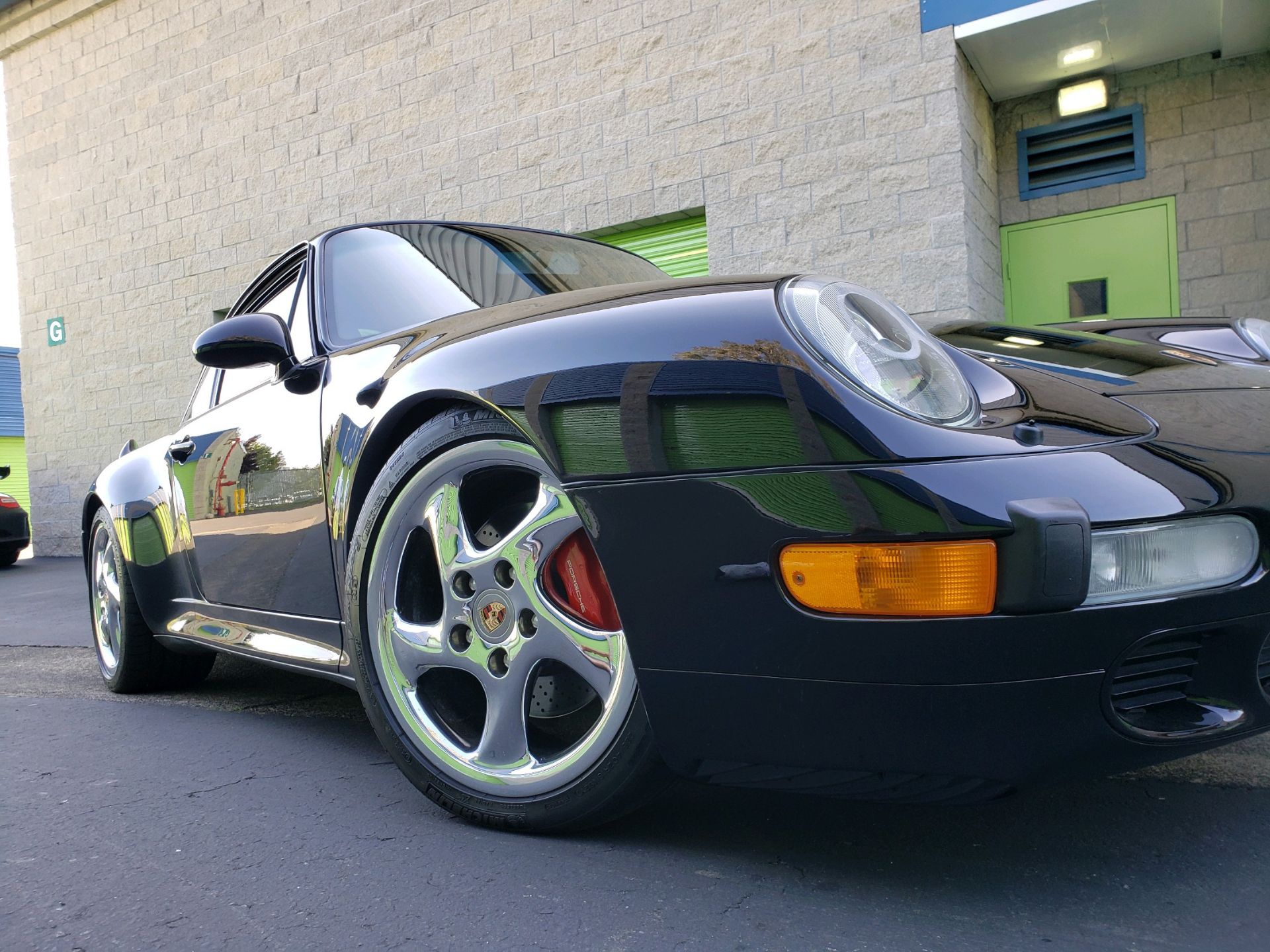 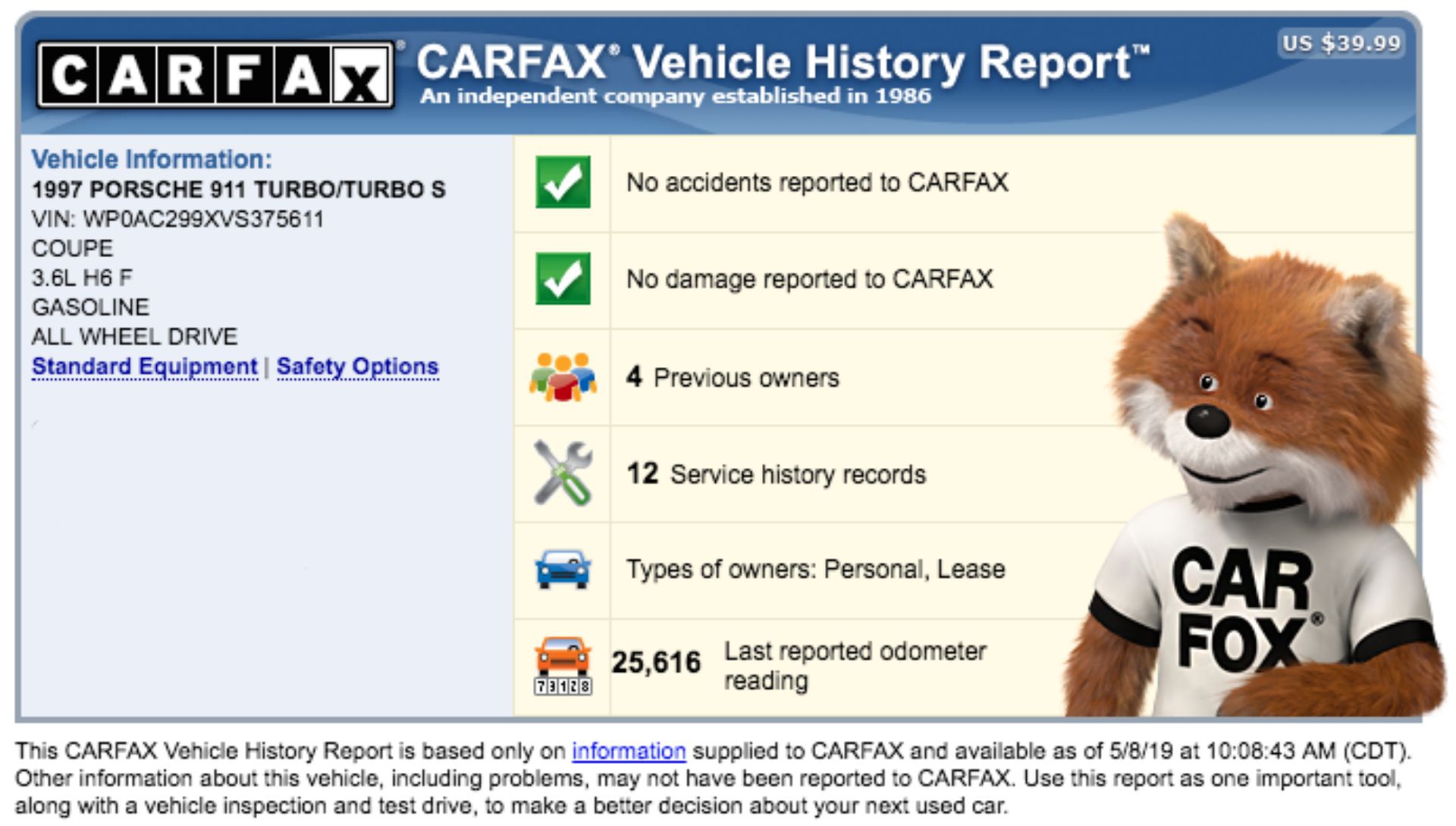 Included with the sale is a binder of service records dating back to new, a clean Carfax, original tool roll, original books, and keys.