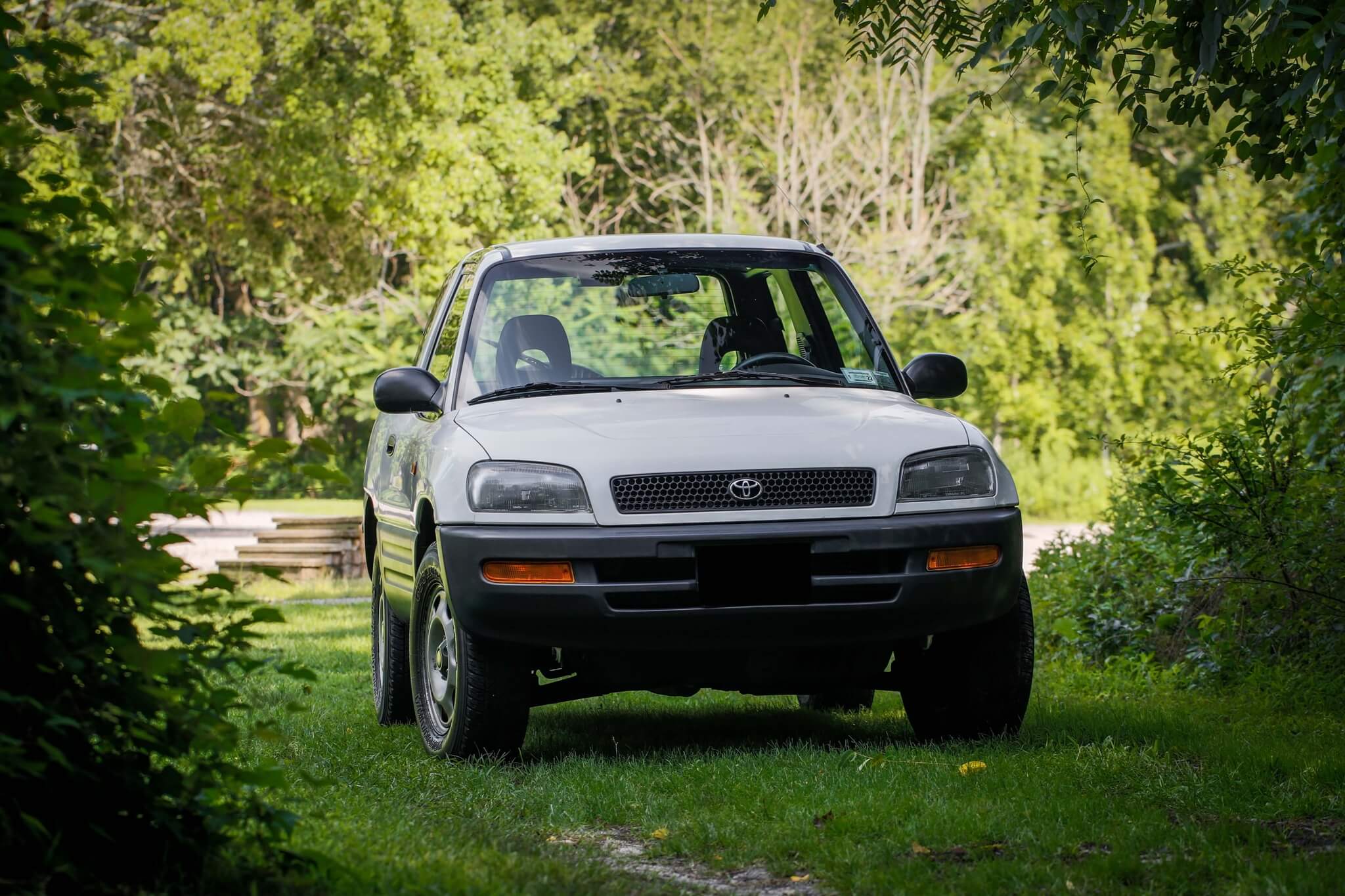 Now up for auction at no reserve is this 1997 Toyota XA10 RAV4 2-door finished in Natural White over a Gray cloth interior. Toyota's first crossover SUV, the RAV4 was introduced in 1994 based on the Corolla unibody chassis and went on to become one of Toyota’s best-selling models and was even named 1997 Automobile of the Year by Automobile Magazine. This rare 2-door 5-speed manual 1997 example was sold from Westbury Toyota and remained under the care of its original owner up until 2020 when it was acquired by the current owner.  Remaining very nicely preserved while showing approximately 151K miles on the odometer, this first-generation RAV4 is now being offered for auction by its seller out of New York. 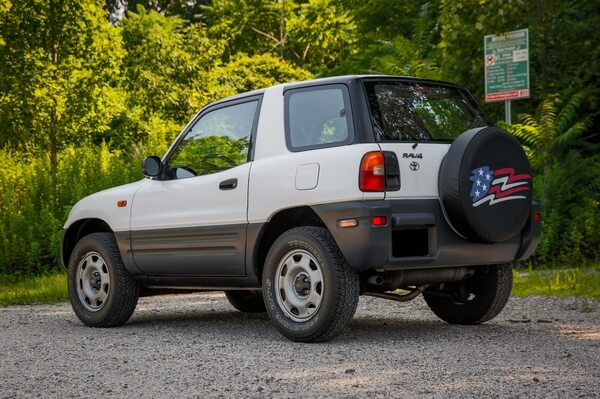 This RAV4 is finished in Natural White (056) with dark gray lower body cladding and bumpers. Detailed images are provided in the gallery along with paint meter readings and a clean CARFAX report. Some exterior features include pop-out rear quarter windows a covered full-size spare mounted on the rear. This RAV4 rides on its original 16” wheels clad in Yokohama Geolandar H/T-S tires that were reportedly installed about 5 years ago. 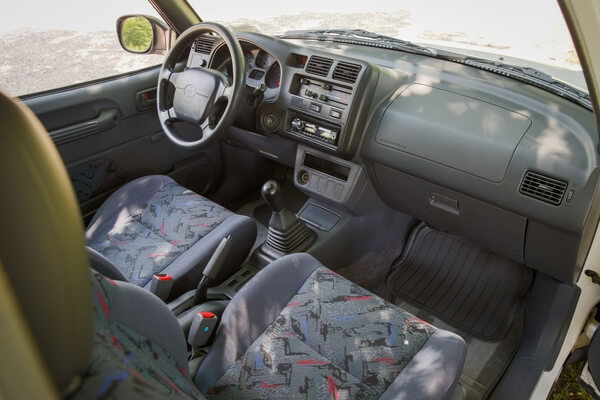 The interior features Gray cloth upholstered seats with blue/grey patterned inserts along with matching door panels and carpet. The interior is described to be in excellent condition given the age of the car, with all instrumentation and accessories functioning properly.  Driver amenities include roll-up windows, air conditioning, and a digital clock. A Bluetooth-enabled head unit was installed by the current owner, and new OEM floor mats were fitted in 2020. 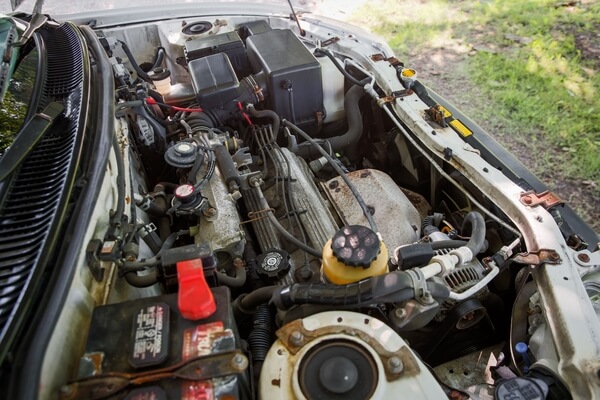 Renowned for its reliability and economics, the original RAV4 is powered by a 2.0L inline-four-cylinder engine factory rated at 120 HP and 125 lb.-ft of torque. The front wheels are driven through a rare 5-speed manual gearbox. This RAV4 is said to have been maintained exclusively through Huntington Toyota with service records dating back to 2015. 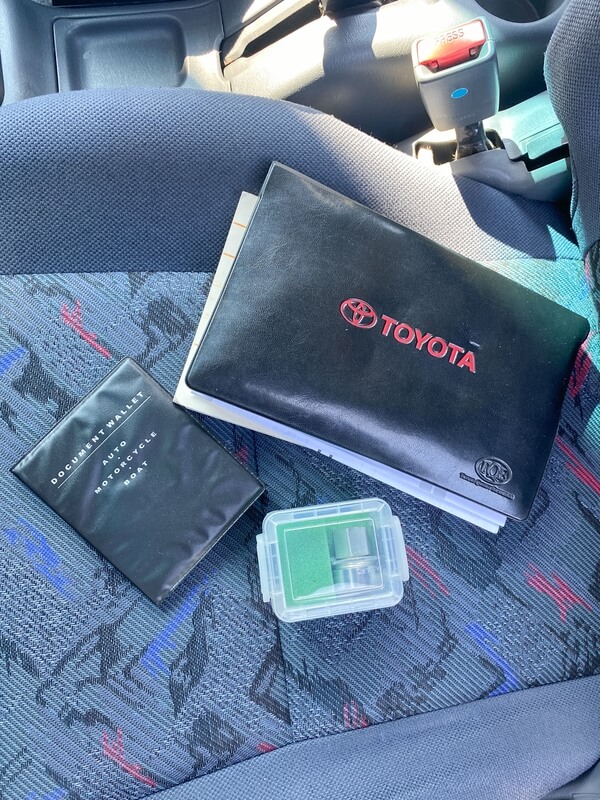 This sale will include the original owner's manuals and documentation wallet, and a clean New York title. As the original lender no longer exists, the seller is unable to obtain duplicate paperwork.  The seller has offered to provide a written guarantee to the purchaser stating that there are no active liens on the vehicle.  Offered at no reserve, this rare 5-speed RAV4 offers an excellent value for anyone in search of a unique vintage daily driver.