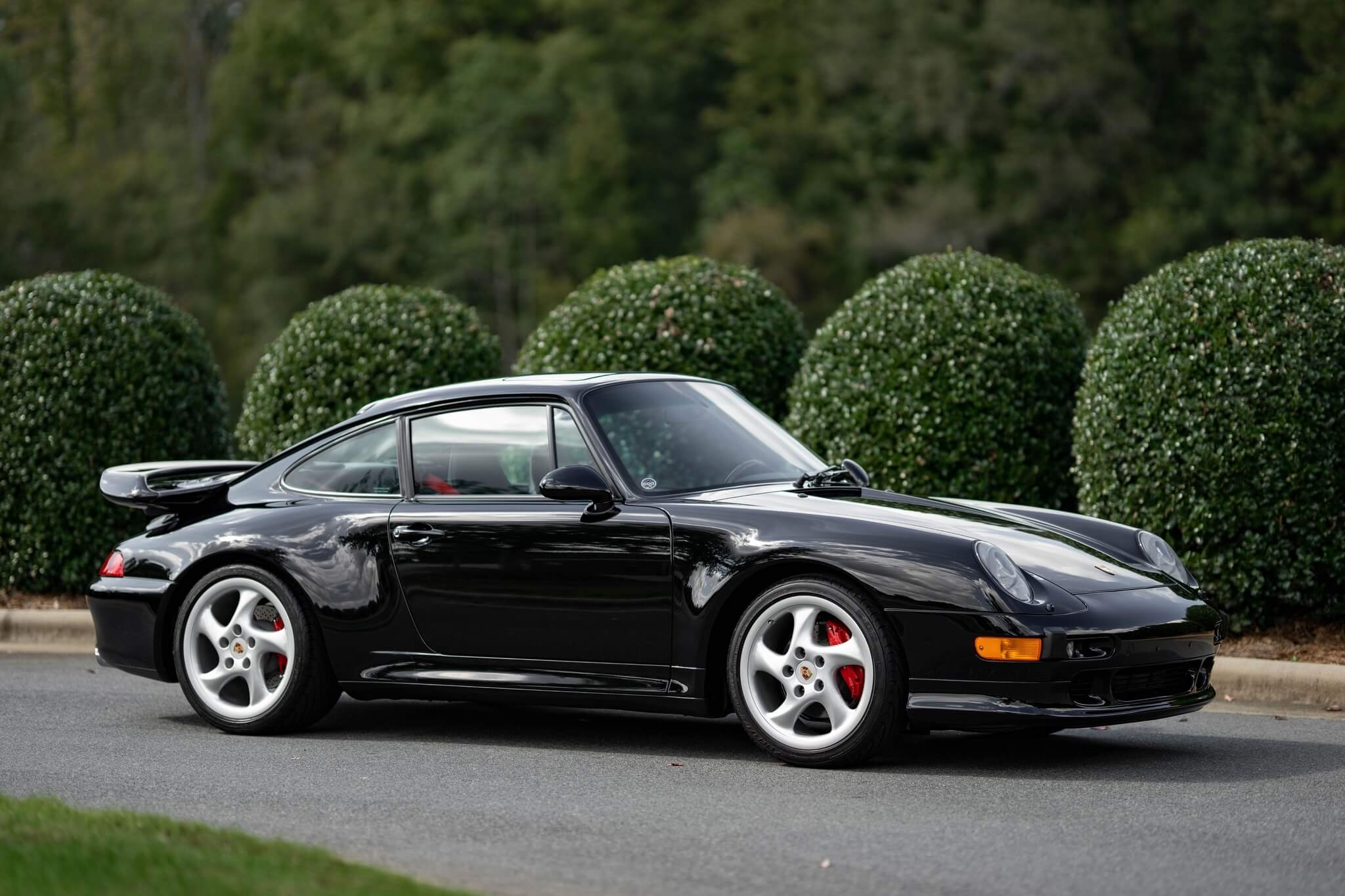 We are pleased to offer this 1998 Porsche 993 Carrera S finished in Black over a black leather interior. Among the most sought-after air-cooled cars of all, the 993 Carrera S was produced in limited numbers featuring the wide bodywork of the Turbo model along with a naturally aspirated flat-six engine sending power to the rear wheels. This final-year 1998 example was sold new from a Porsche dealer in New Jersey with rare and highly desirable options including Aerokit Turbo II spoilers, the Aluminum/Chrome Package, 18” hollow-spoke wheels, red-painted brake calipers, Racing Style Sport Seats with deviated stitching and Porsche crested headrests, a rear model designation delete, limited-slip differential, and a shifter, handbrake lever, and steering wheel trimmed in carbon fiber.  Acquired by the current owner in 2003 at just 8k miles, this outstanding 993 Carrera S has been beautifully preserved, upgraded with factory Sports Suspension, and is now being offered for auction out of North Carolina with just over 11,500 miles showing on the odometer. 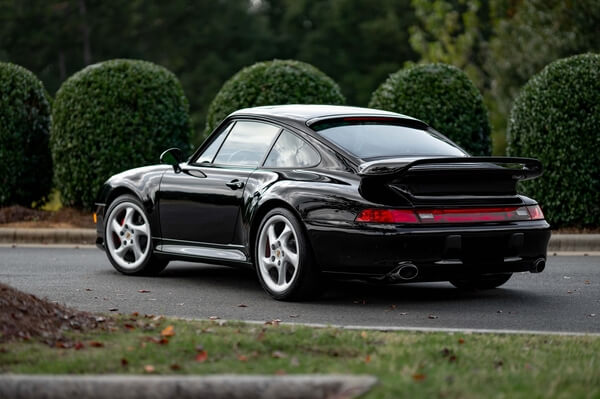 This Carrera S comes finished in Black and sports factory Exclusive Aerokit Turbo II front and rear spoilers as well as an optional rear model designation delete.  Oval chrome-plated tailpipes are also included with the Aluminum/Chrome Package.  Genuine Turbo S front brake ducts have been installed and the seller has offered to reinstall the original foglight inserts per the next owner’s request.  The car is described to have been very well cared for, being sparingly driven and spending nearly its entire life in climate-controlled storage.  A collection of detailed images can be found in the gallery along with a clean CARFAX report. Factory Exclusive red-painted brake calipers can be seen behind the optional lightweight 18” Technology hollow-spoke wheels derived from the 993 Turbo.  These wheels come dressed in a set of Bridgestone Potenza S-02 tires which are dated from 2013 and are said to bear less than 1k miles of use. 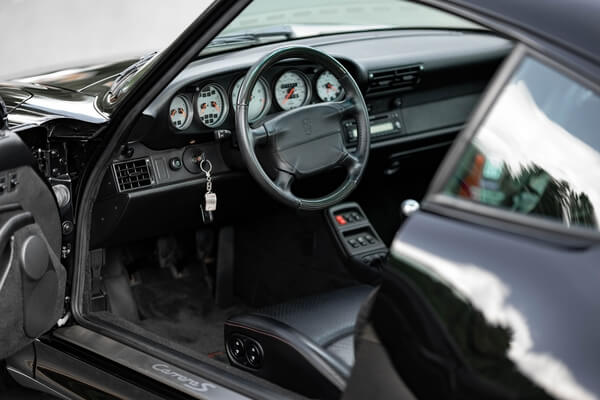 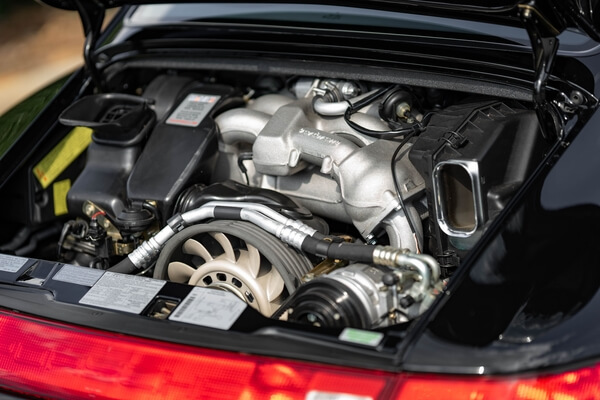 Among the very last of the air-cooled 911s, this 993 Carrera S features a 3.6L flat-six Varioram engine that sends as much as 282 HP to the rear wheels through a 6-speed manual transmission with an optional limited-slip differential and Automatic Braking Differential (ABD).  The seller states that a genuine factory Sport Suspension (M030) setup has been installed, giving this 993 a firmer and more responsive ride. Under the current ownership, this 993 has been treated to proper upkeep including annual oil and filter changes as well as bi-annual brake fluid flushes. The seller reports that the original suspension will accompany the sale and bears approximately 8k miles of use. 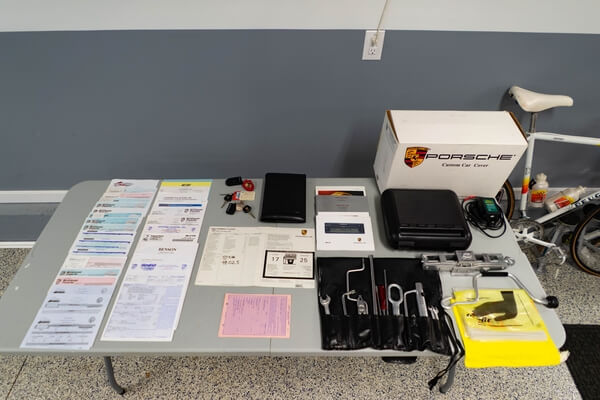 This sale will include the original window sticker, owner's manuals, a set of keys, toolkit, air compressor, jack, car cover, service records, the original suspension, and a clean title. With its low miles and rare factory options, this beautifully presented final-year 993 Carrera S is a Porsche collector’s dream come true.