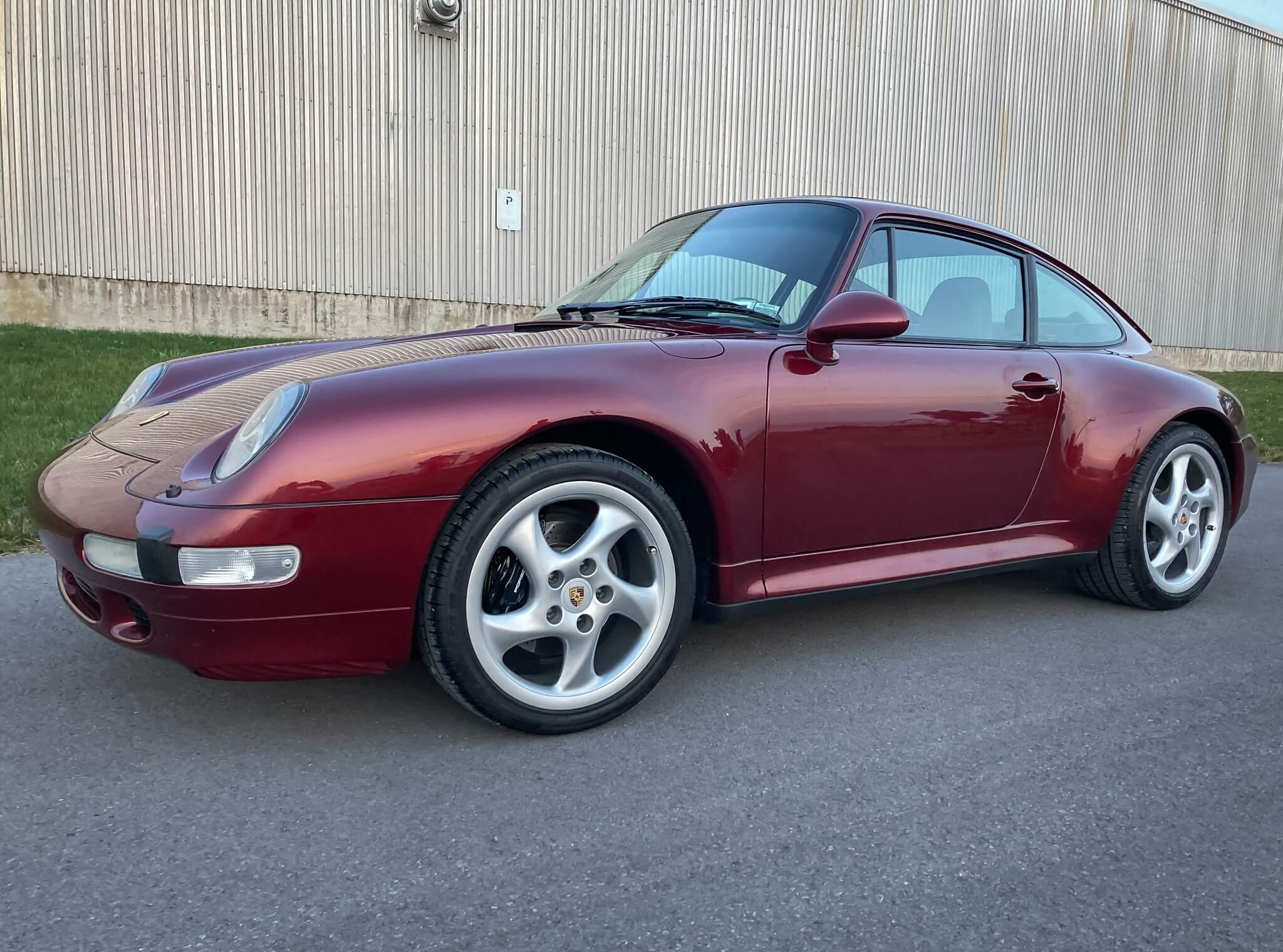 We are pleased to offer this 1998 Porsche 993 Carrera S finished in Arena Red Metallic over a Classic Grey interior.  Perhaps the most sought-after 993 of all, the Carrera S was produced in limited numbers featuring the wide fenders and body styling of the Turbo model along with a unique split-grille rear decklid and a naturally aspirated flat-six engine sending power to the rear wheels. This final-year 1998 example was delivered to the original owner in Texas where it remained up until it was acquired by the current owner in December of 2009.  It features Exclusive aluminum interior trim, power-operated seats, and hollow-spoke 18” Technology wheels.  Now with just over 33k miles showing on the odometer, this rare and highly sought after 993 Carrera S is being offered for auction by its longtime second owner out of New York. 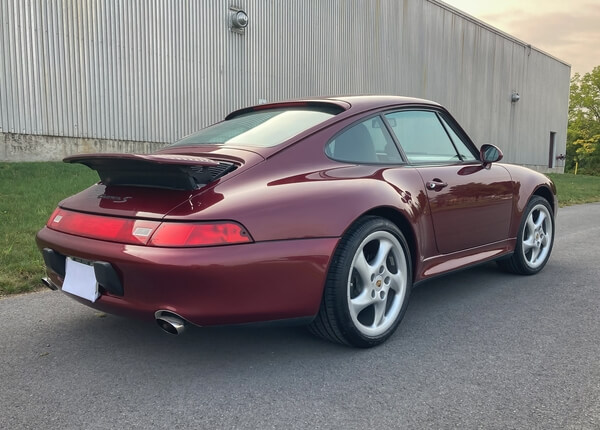 The Carrera S is distinguished by its wide Turbo-derived bodywork and model-specific split-grille rear decklid.  The car is described to have been carefully looked after throughout its life and the seller notes only a few small chips commensurate with normal road-going wear.  The finish is also reported to be entirely original, detailed images are provided in the photo gallery along with paint meter readings and a clean CARFAX report. The sale will be accompanied by sets of clear and amber side marker lenses, both of which are depicted on the car in the gallery. This 993 rides on a set of factory-optioned 18” Turbo Technology lightweight hollow spoke wheels dressed in new Pirelli P Zero tires. 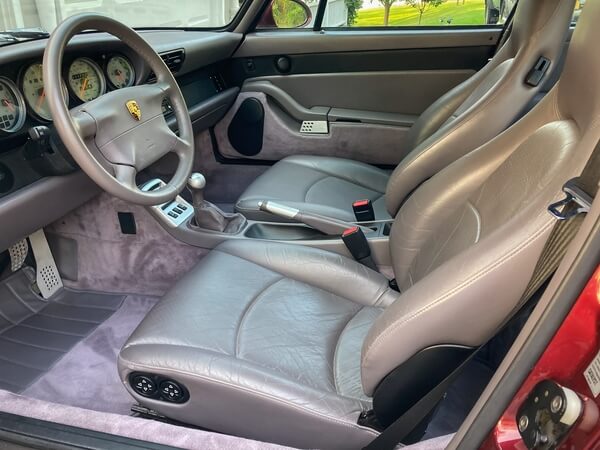 Inside, this 993 features a Classic Grey interior with Exclusive aluminum-look instrument dials and chrome bezels as well as aluminum inlays for the shifter and handbrake lever.  Other factory options include 8-way power-operated Comfort Seats, an electric sunroof, automatic speed control, and Sound System with Porsche/Becker CDR-210 radio.  Custom 993-logo stainless steel door sill guards have been added along with aluminum inner door handles, pedal covers, and a Porsche crest on the steering wheel.  Some signs of wear are present on the seats and the seller notes that the interior remains very well preserved with all gauges and accessories functioning properly. 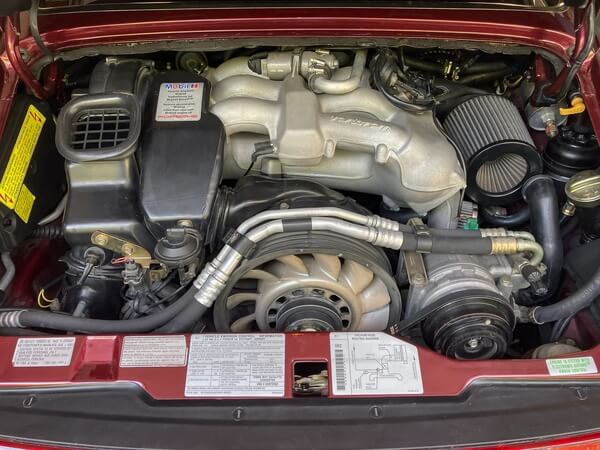 Among the very last of the air-cooled 911s, this 1998 Carrera S is equipped with a 3.6L flat-six Varioram engine that sends as much as 282 HP to the rear wheels through a 6-speed manual transmission. An upgraded Fabspeed exhaust has been installed along with a K&N air intake, and the original airbox is said to accompany the sale as well.  Approximately 5k miles have been added under the current ownership since 2009 and the seller notes that fresh a Mobil One synthetic oil and filter service has been recently carried out along with the installation of a new battery in preparation for the next owner. 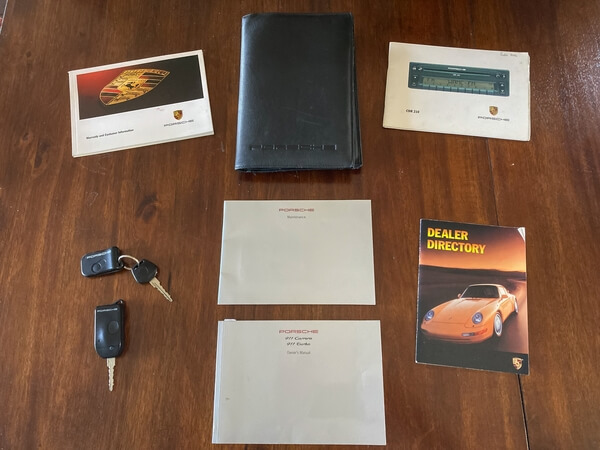 This sale will include a set of two keys with remote fobs, the original owner's manuals, air compressor, tool kit, spare tire, service records, and a title. This beautifully preserved final-year 993 Carrera S is a must-have for any avid Porsche Collector. Showcasing a desirable color combination and a generous array of factory options, this low mileage Carrera S is not to be overlooked.