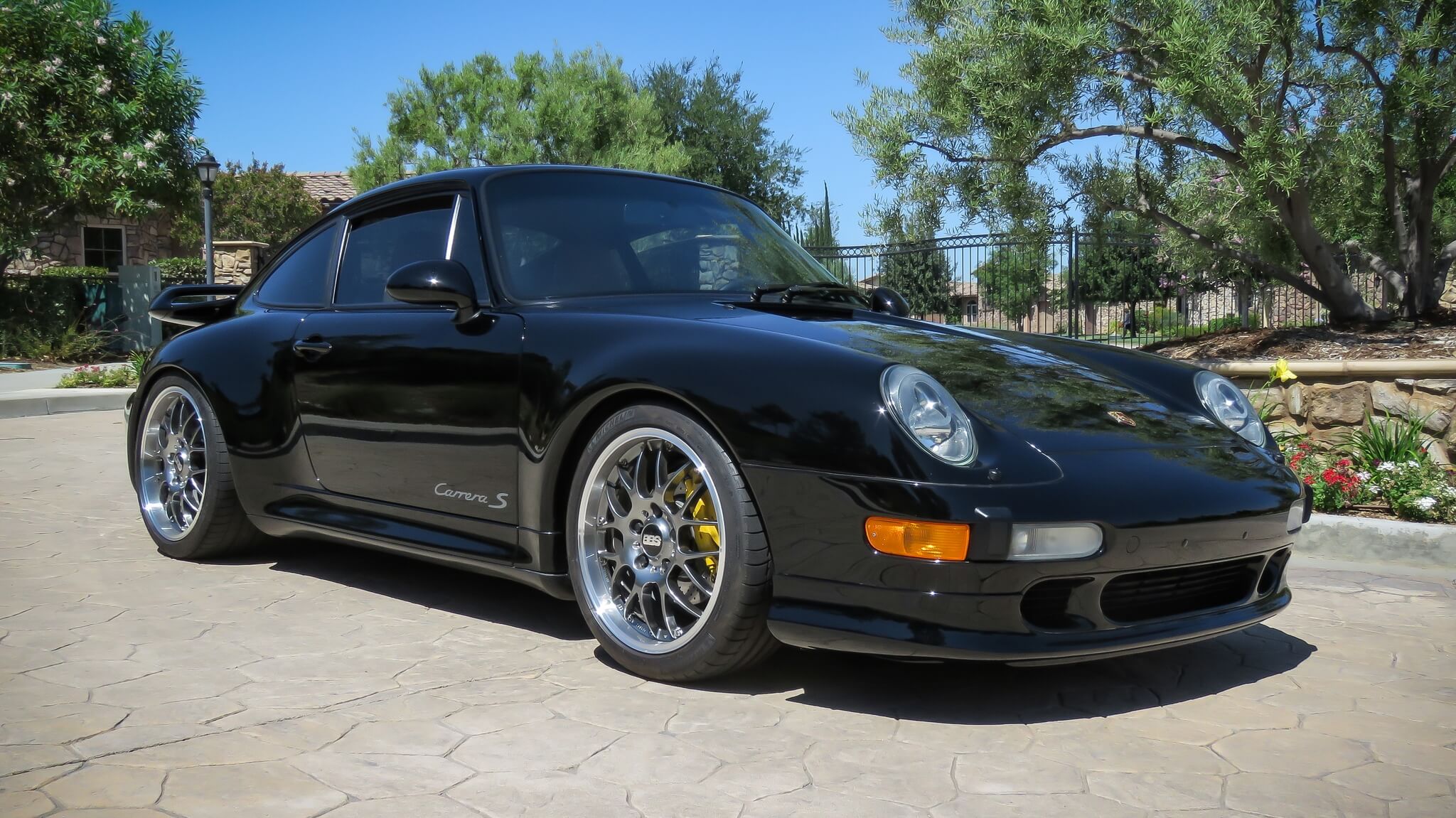 We are pleased to present this 1998 Porsche 993 Carrera S finished in Black over a Cashmere Beige interior. With its low production numbers, wide Turbo-derived bodywork, and rear-wheel-drive configuration, the 993 Carrera S represents one of the most sought-after air-cooled Porsches of all time. This final-year 1998 example left the factory with many desirable options including the Aerokit Turbo II Package, the Motor Sound Package, HiFi Sound Package, and Exclusive yellow-painted brake calipers.  It was originally sold in Rancho Mirage, California, and has remained on the West Coast ever since where it was acquired by the current owner in 2016.  Highlighting rare factory options and a few tasteful upgrades, this Carrera S is now being offered for auction out of California while showing under 35k miles on the odometer. 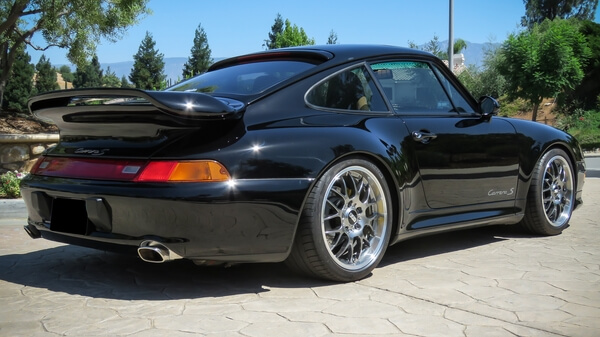 This Carrera S is finished in Black with wide Turbo-style bodywork.  The Aerokit Turbo II Package was equipped from the factory adding a front spoiler and fixed rear wing.  As shown on CARFAX, the seller reports minor damage to have occurred to the front end as a result of hitting a rock on the road.  The front spoiler was subsequently repaired and refinished by a Porsche specialist along with the replacement of the front undertray.  A ceramic coating was applied in 2019 and clear Xpel paint protection film covers the front bumper, fenders, hood, and mirror covers.  Additional images are provided in the gallery along with paint meter readings and a CARFAX report.  Factory Exclusive yellow-painted brake calipers (XRF) accentuate the upgraded 18” BBS wheels which come dressed in a set of Michelin Pilot Sport tires mounted within the last 3k miles. 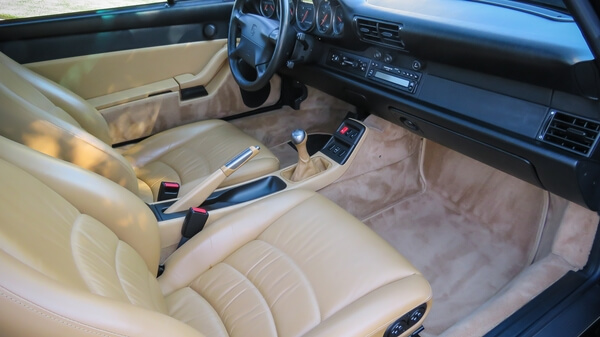 Inside, the Cashmere Beige interior features optional supple leather front and rear seats, the Power Seat Package, HiFi Sound Package, a CD changer, cruise control, and an electric sunroof. The seller notes some wear on the driver’s seat bolster and confirms all gauges and accessories to be fully functional including the original Porsche CR-210 radio.  A set of front and rear Beverly Hills Motoring leather floormats will also accompany the sale. 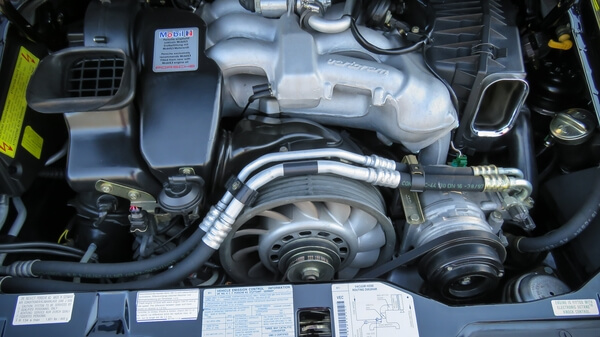 Among the very last of the air-cooled 911s, this 1998 Carrera S features a 3.6L flat-six Varioram engine that sends as much as 282 HP to the rear wheels through a 6-speed manual transmission.  The Carrera S came standard with the brakes and suspension of the Turbo model, and the factory optional Motor Sound Package on this example includes a more resonant airbox for increased sound. An upgraded Fister muffler has also been installed for a more aggressive exhaust tone. The CARFAX report shows a long service history dating as far back as 1999, and the seller notes that oil and filter changes have been performed annually throughout their ownership.  The 30k-mile recommended service has also been completed. 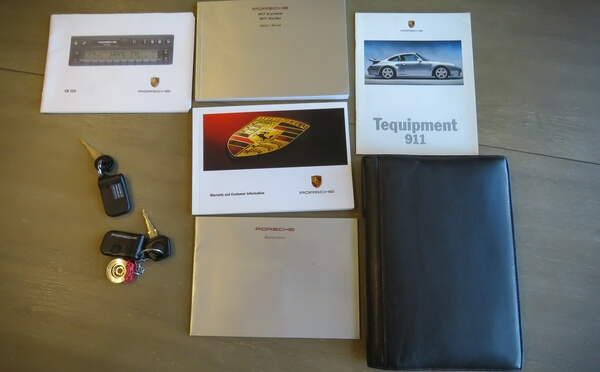 This sale will include a set of two keys and remote fobs, original owner's manuals, toolkit, air compressor, jack, a soft indoor car cover, leather floor mats, and a clean title.  The final evolution of the air-cooled 911, this tastefully appointed 993 C2S would make a fine selection for any discerning driver.