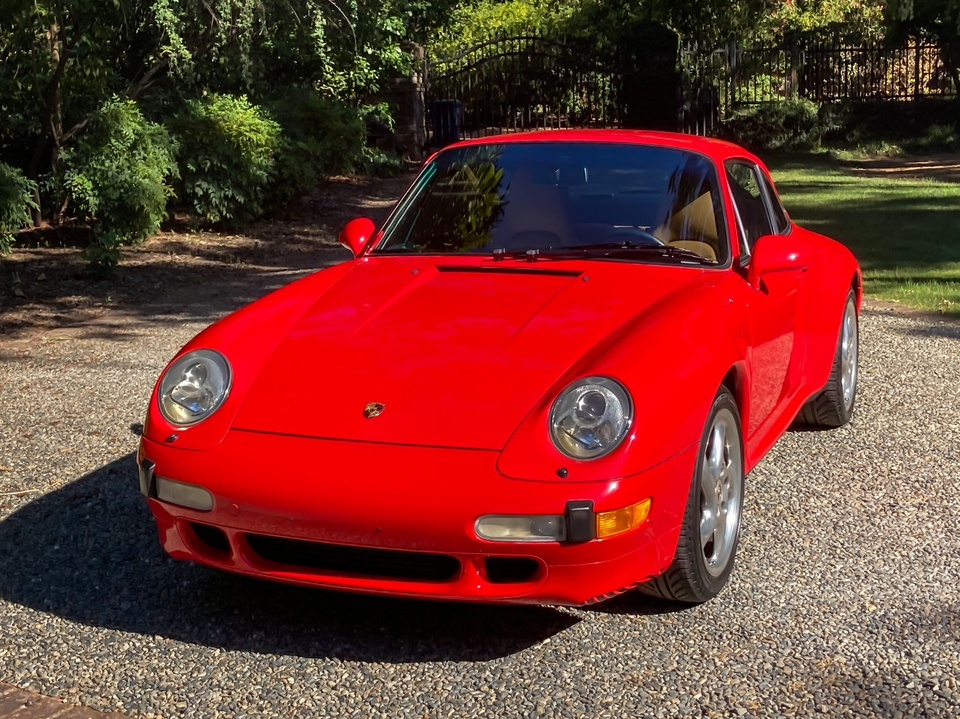 We are pleased to present this 1998 Porsche 993 Carrera S finished in Guards Red over a Cashmere Beige interior. Marking the final production year for the air-cooled 911, this 1998 Carrera S is among the most collectible vintage Porsche’s on the market.  The C2S is especially sought after for its low production numbers and combination of wide bodywork with rear-wheel-drive naturally aspirated performance.  Having spent virtually its entire life in California, this Carrera S was purchased by its current owner in 2003 and is said to have remained garage-kept and properly maintained ever since. Accompanied by service records dating back to 1999, this 993 is now being offered for auction by its longtime owner out of California with just over 70k miles showing on the odometer. 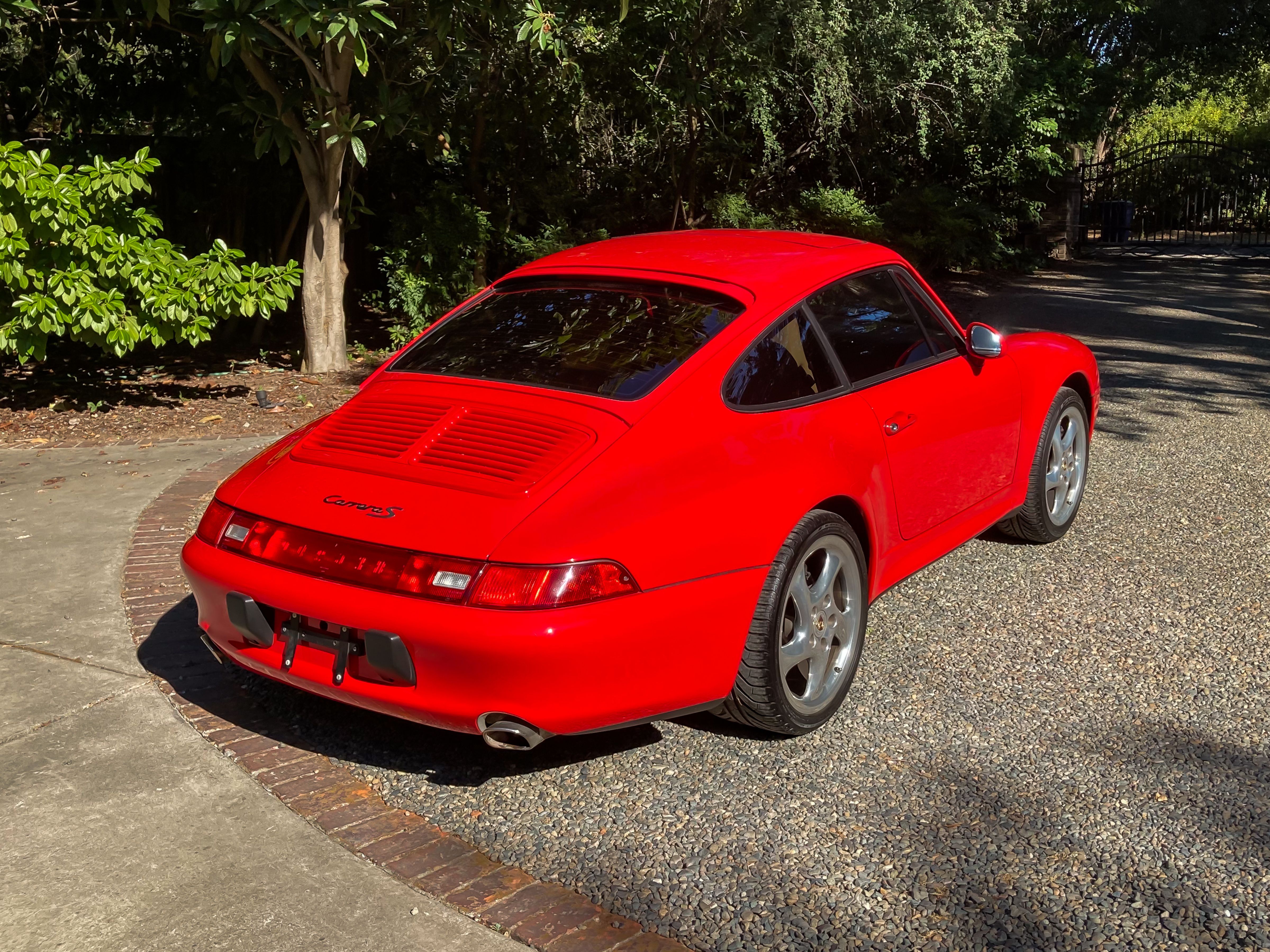 This Carrera S is finished in classic Guards Red and sports the sought-after wide bodywork of the Turbo model and a distinctive split-grille rear decklid. The seller notes slight road-going wear on the hood and front bumper, and the CARFAX report suggests damage to have occurred in 2000 as well as a minor rear-end incident in 2003 resulting in the refinishing of the rear bumper; detailed images are provided in the photo gallery along with paint meter readings. This 993 rides on a set of chrome 18” Turbo Twist wheels with colored Porsche center crests and older Michelin tires. 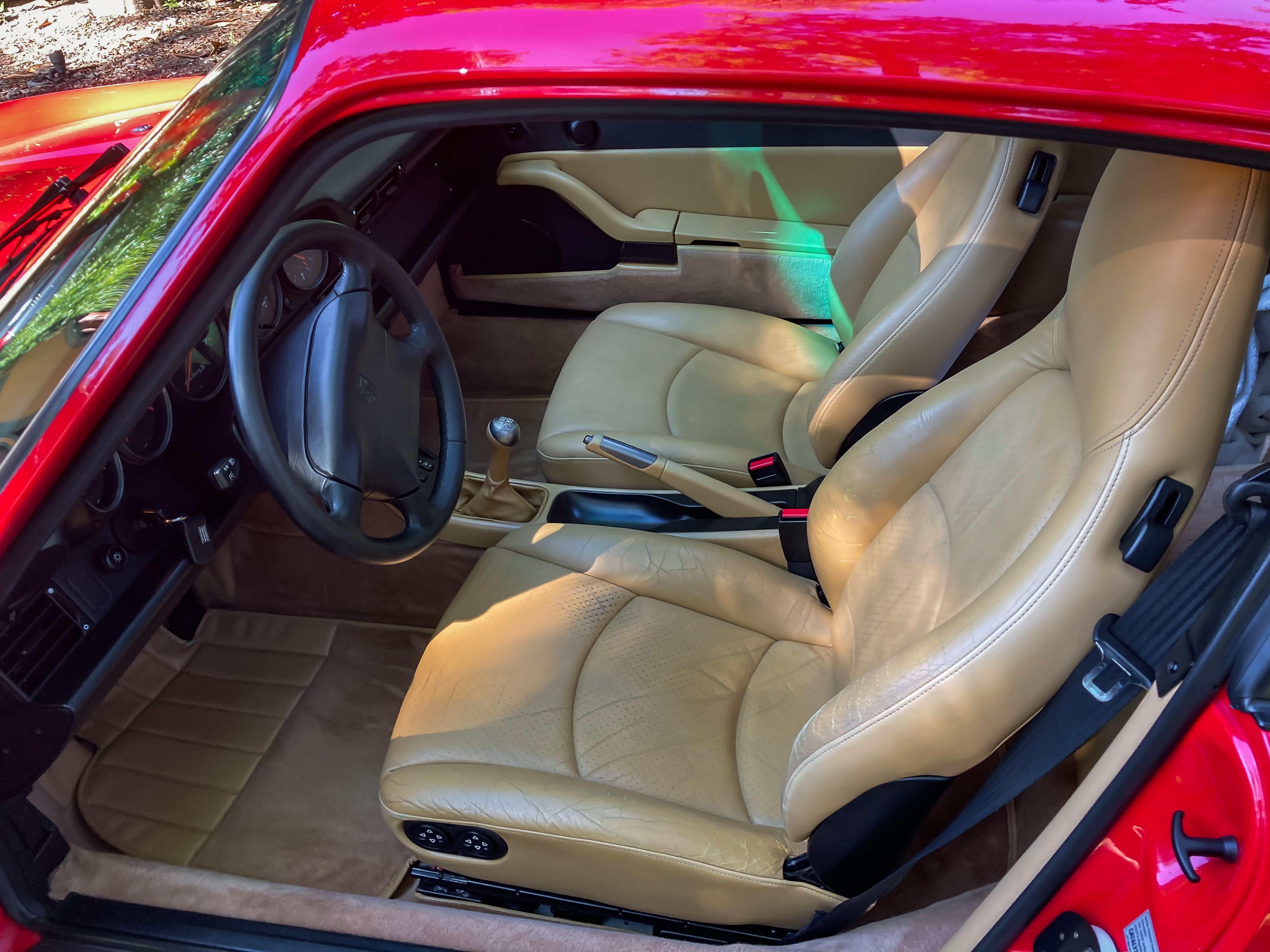 Inside, this 993 sports a Cashmere Beige and black interior with factory features including 8-way electrical Comfort Seats, automatic speed control, air conditioning, and an electric sunroof. The seller notes signs of wear on the driver's seat as depicted in the photo gallery.  An upgraded Kenwood head unit has been installed, and the original Porsche radio will be included with the sale as well. A/C repair is reported to have been carried out in 2019, and all gauges and accessories are stated to be working properly aside from the electric passenger seat slider. 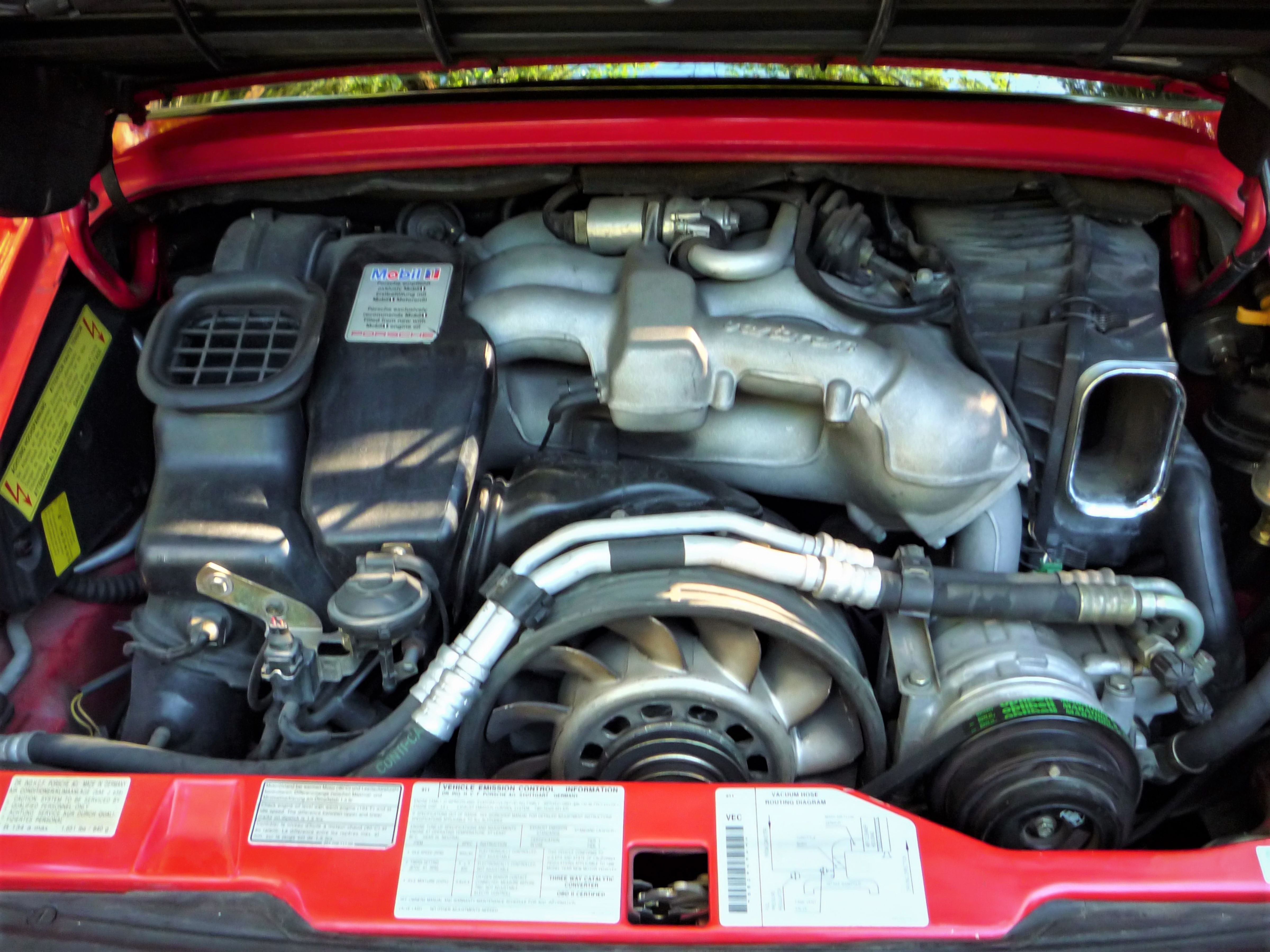 This 993 is equipped with an air-cooled 3.6L flat-six Varioram engine capable of sending up to 282 HP to the rear wheels through a 6-speed manual transmission, allowing for a 0-60 time of approximately 5 seconds.  The seller notes that all recommended service has been carried out with corresponding records dating back to 1999.  In 2006 at 49,479 miles, a major engine-out service and reseal was performed along with the installation of a new clutch kit and resurfaced flywheel.  Most recently in 2021 at 70,412 miles, an oil and filter change was carried out along with a brake fluid flush and 50-point inspection. This sale will include a set of two keys and remote fobs, owner’s manuals, an air compressor, spare tire, the original radio and speakers, and a clean title. Regarded by some as the ultimate iteration of the air-cooled 911, this 993 C2S would make a fine selection for any discerning enthusiast.