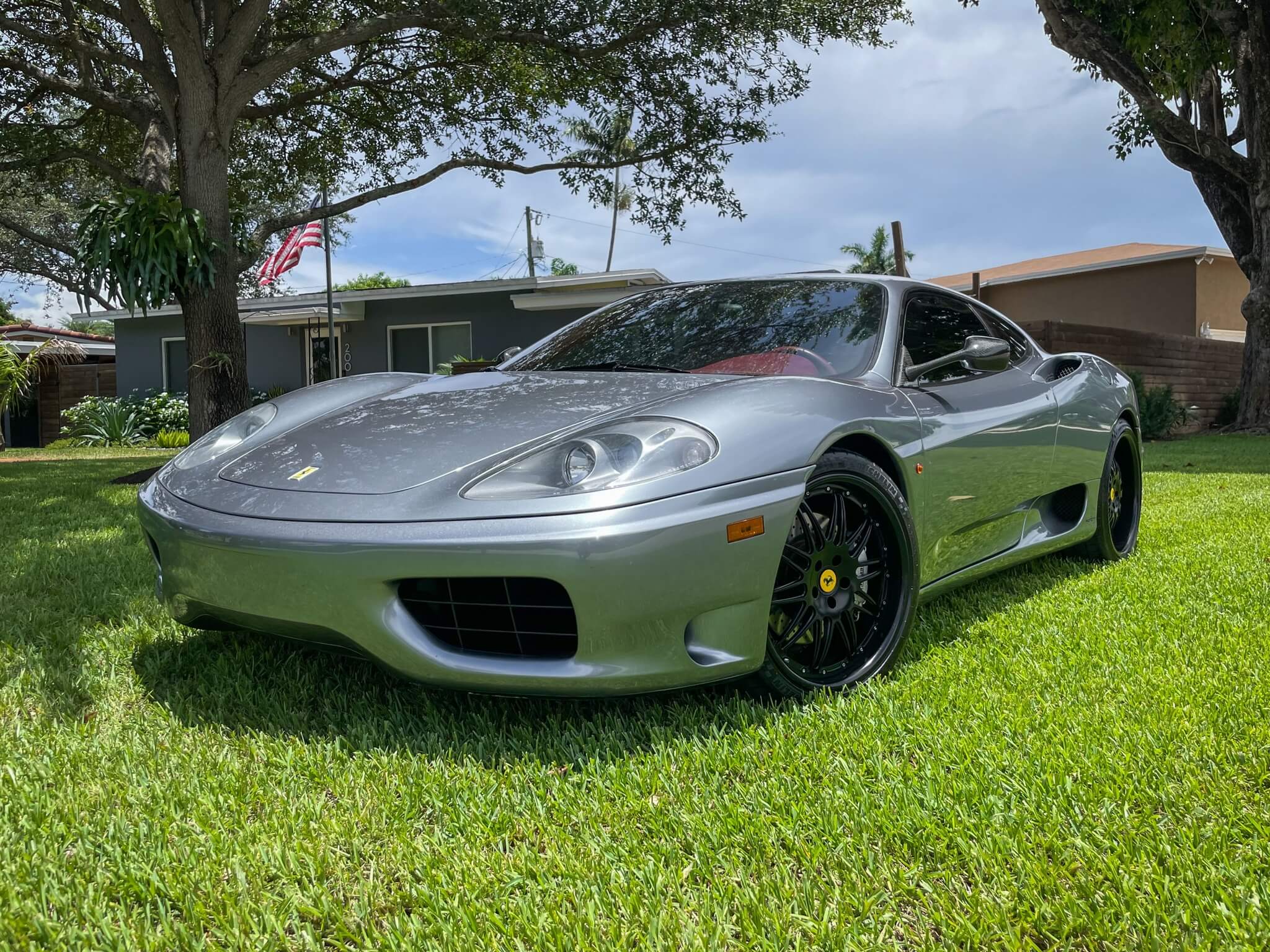 We are pleased to present this 1999 Ferrari 360 Modena F1 presented in Argento Nürburgring over a Bordeaux leather interior with Grigio Chiaro stitching. Named after the birthplace of Enzo Ferrari, this 1999 example represents the first model year for the 360 Modena and features distinctive Pininfarina styling along with a powerful mid-mounted V8 engine paired with an F1 automated manual gearbox.  Having spent nearly its entire life in California, this 360 highlights a clean CARFAX report showing a history of service dating back to 2000 and is now being offered by its seller out of Florida while showing approximately 33k miles on the odometer. 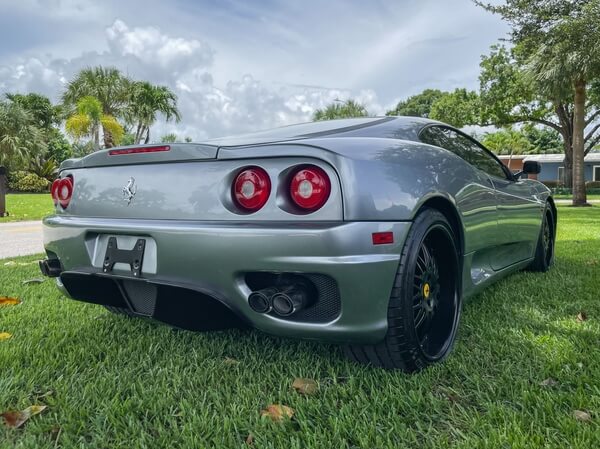 The 360 comes finished in Argento Nürburgring and is characterized by its Pininfarina-designed aluminum bodywork and dramatic styling cues, and glass rear engine lid. Additional images are provided in the gallery along with a clean CARFAX report. Carbon fiber mirrors have been installed along with aftermarket multi-piece 20” wheels which are finished in black and dressed in Michelin tires showing date codes from 2017. 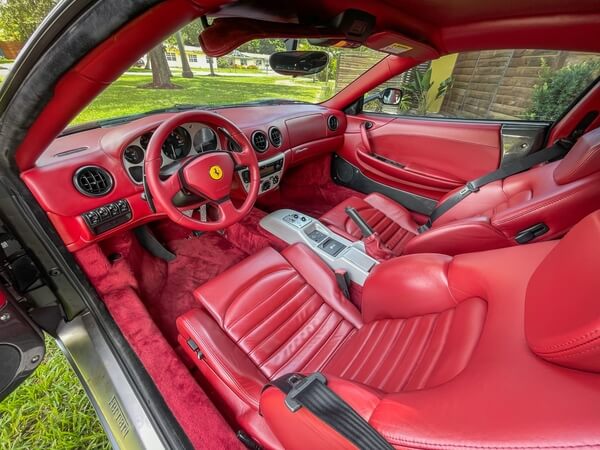 Inside, the Bordeaux leather interior is accented by Grigio Chiaro stitching and features deeply bolstered seats with Cavallino Rampante headrest logos. Other details include carbon fiber lower door trims, drilled aluminum pedals, and a silver center console containing the F1 transmission gear selector, and an ashtray with a crossed flag emblem.  The original Ferrari radio remains in place and the seller reports all gauges and accessories to be fully functional. 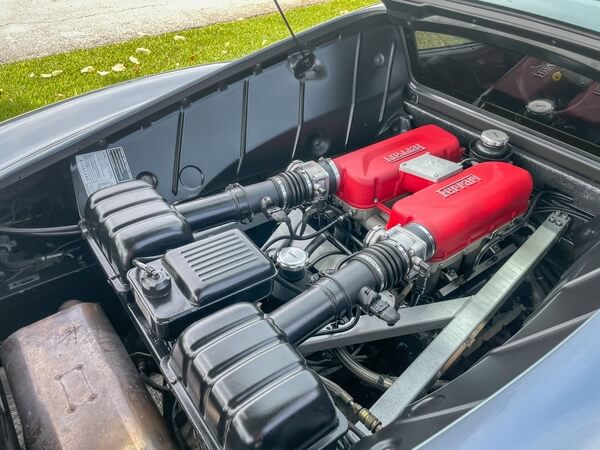 The mid-mounted 3.6L DOHC V8 engine features dry-sump lubrication and an output of 396 HP and 276 lb.-ft of torque.  The rear wheels are driven by way of an F1 6-speed automated manual transmission that can be left in automatic mode or manually operated with the shift paddles mounted on the steering column. All available maintenance history is provided on CARFAX, which shows service dating back to 2000 including a major 15k-mile service and timing belt replacement carried out by Ferrari & Maserati of Newport Beach at 13,936 miles. 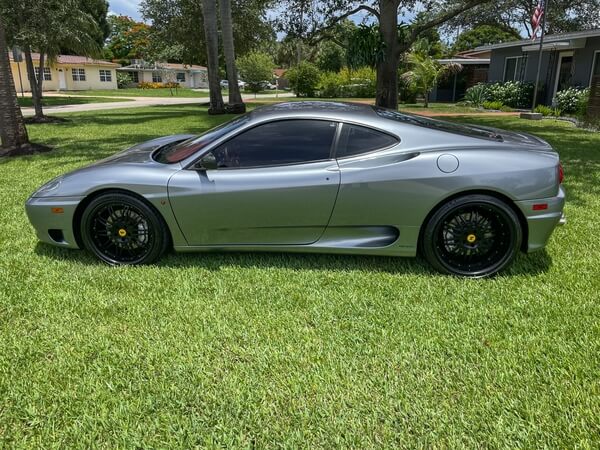 This sale will include a clean title. One of the most iconic Ferraris of the modern era, this nicely configured 360 Modena is just waiting for its next owner to get behind the wheel.

There are currently no comments.