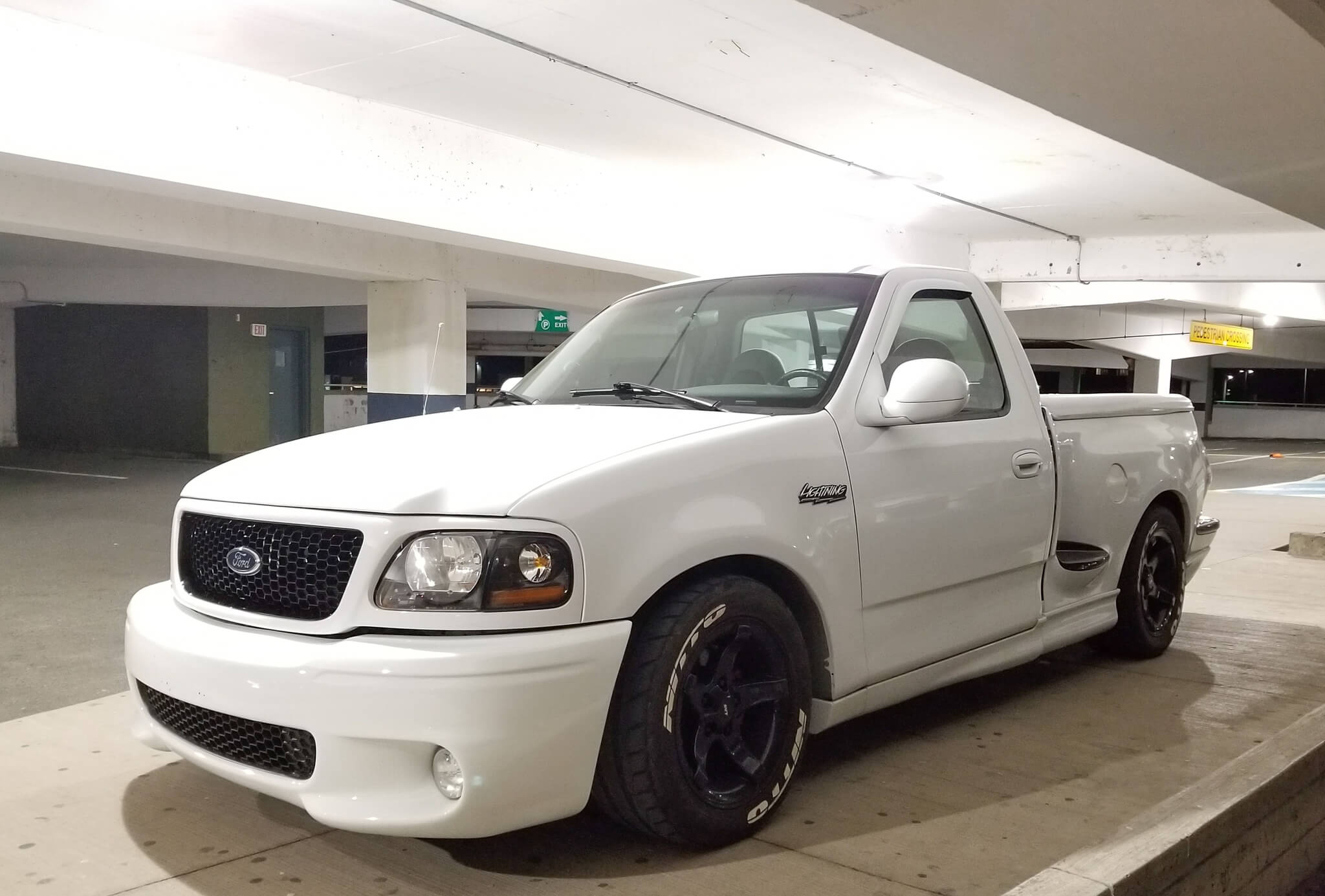 The second-generation Lightning was introduced for the 1999 model year and was developed by Ford’s Special Vehicle Team (SVT) using the PN96 F-150 platform. Having held the title of “World's Fastest Production Truck” during its five-year production run, the Lightning was offered only with a single cab, rear-wheel drive, a 6.5’ bed, 4-speed automatic transmission, and a supercharged 5.4L Triton V8 generating 360 HP. Finished in Oxford White, this 1999 example was originally sold in Pennsylvania and spent time in New York and New Jersey before being acquired by the current owner. It has been modified with black housing headlights and tail lamps, a paint-matched hard tonneau cover, LED Lightning, a Kenwood touchscreen head unit, a Stealthbox subwoofer enclosure, a stainless-steel performance exhaust system, and upgraded Hotchkis and Ridetech suspension components. Showing just over 95k miles on the odometer, this F-150 Lightning is now being offered by its seller out of Halifax, Nova Scotia, while currently registered in New York state. 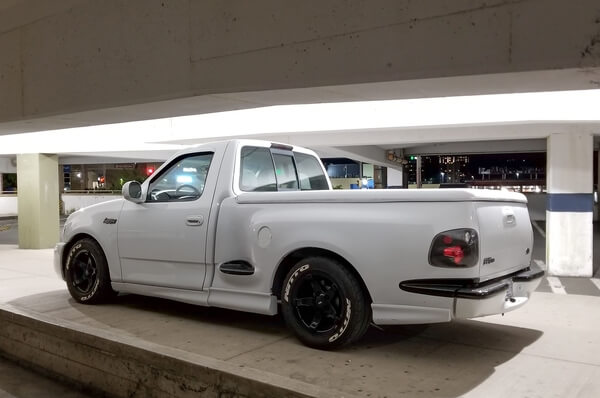 The exterior is finished in Oxford White (Z1), the rarest of three factory color choices available in 1999. Some unique characteristics of the Lightning model include a specialized front fascia with integrated round fog lamps, unique upper and lower grilles, and front lower air deflectors, as well as side-exit exhaust outlets and clear taillights. The running board steps and exterior trim have been painted black, black housing headlights and tail lights have been fitted, and a color-match hard tonneau cover has been installed. The CARFAX report shows three prior accident reports with damage to the front and driver’s side front of the vehicle, and the seller notes a small dent on the left side of the tailgate. Detailed images are provided in the gallery along with the complete CARFAX report. The 18” SVT wheels have been refinished in gloss black and wrapped in stock size 295/45/18 Nitto NT-05 tires from 2021. 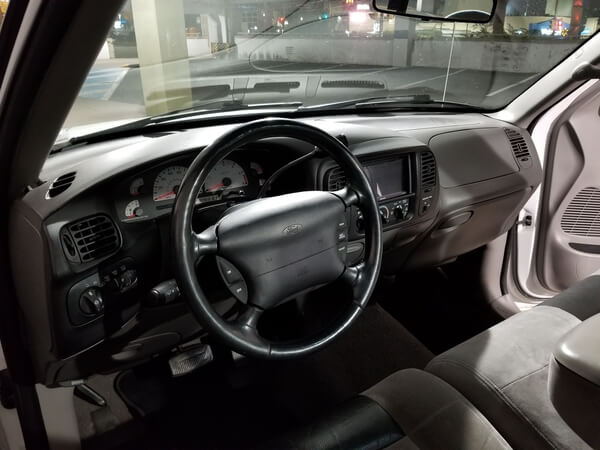 The seats are trimmed in Medium Graphite cloth with black leather inserts and SVT-embroidered backrests. Features include power seats, air conditioning, a boot gauge, SVT leather-wrapped steering wheel, and factory alarm system. The interior lights have been replaced with LED bulbs, a touchscreen Kenwood stereo head unit has been installed, and a Stealthbox subwoofer enclosure and amplifier have been added. 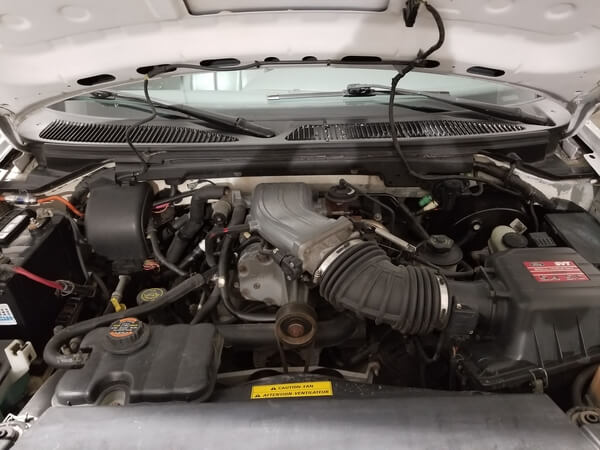 The 5.4L Triton SOHC V8 is equipped with an Eaton M112 supercharger, forged crankshaft and rods, and lower compression pistons, producing up to 360 HP and 440 lb.-ft of torque. The rear wheels are driven by way of a 4-speed Ford 4R100 overdrive automatic transmission and a limited-slip differential. With this powertrain, the Lightning can accelerate from 0-60 MPH in approximately six seconds to a top speed of 140 MPH. The suspension has been lowered and upgraded using Hotchkis and Ridetech parts, and a stainless-steel exhaust system has been mounted. The seller reports all maintenance is up to date with an oil change carried out at 94k miles and OEM Ford brake rotors and pads installed as well. 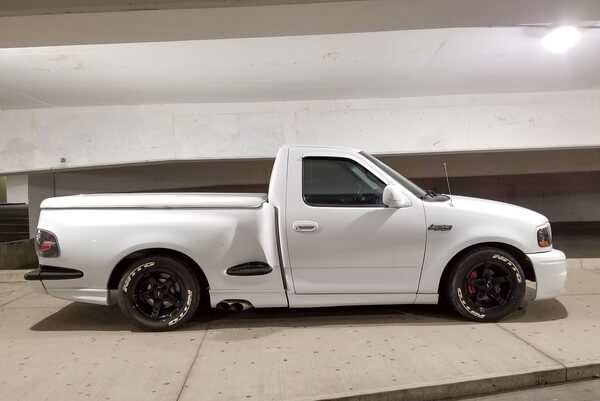