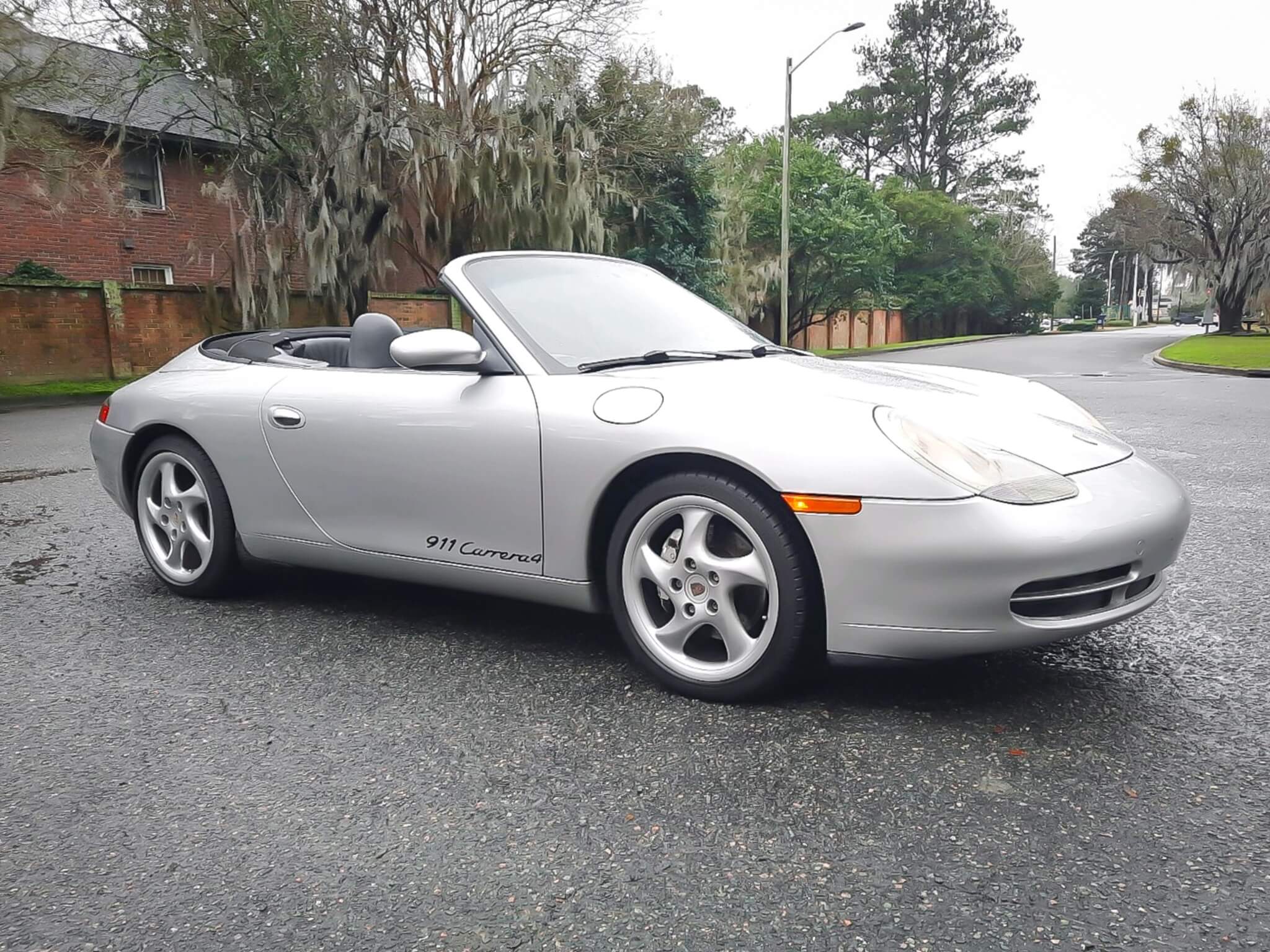 Now up for auction at no-reserve is this 1999 Porsche 996 Carrera 4 Cabriolet finished in Arctic Silver Metallic over a black interior.  Representing the first generation of the water-cooled 911, this four-wheel-drive 1999 example features factory 18” Turbo-Look wheels, Porsche Stability Management (PSM), a Tiptronic automatic gearbox, and a replacement flat-six engine which was installed by a Porsche dealer at 77k at a cost of approximately $16k.  Now with just over 183k miles showing on the odometer, this 996 is being offered in great driving condition by its seller out of Savannah Georgia. 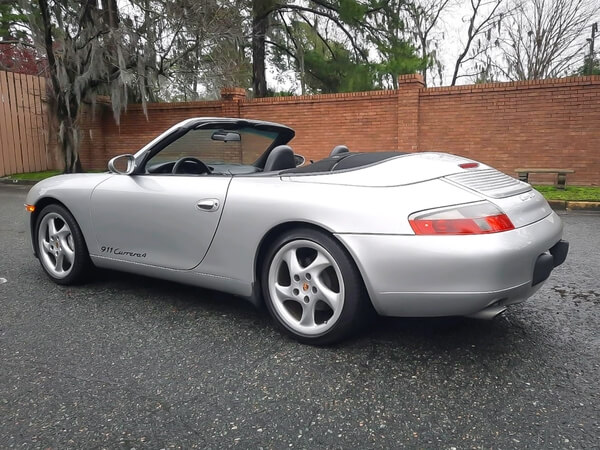 The Arctic Silver Metallic finish is noted to be in good overall condition aside from some paint fade on the rear decklid, a very minor dent on the passenger door, and some blemishes on the cabriolet top (detailed images are provided in the photo gallery).  CARFAX shows damage reported in 2012, although there is no further information of documentation available.  The soft top has been previously replaced and the seller recently installed a new convertible motor and cable drive assembly.  Genuine removable Porsche side graphics have been added and this Carrera 4 rides on a set of factory 18” Turbo-Look wheels that come dressed in Michelin tires said to have been installed during 2019. 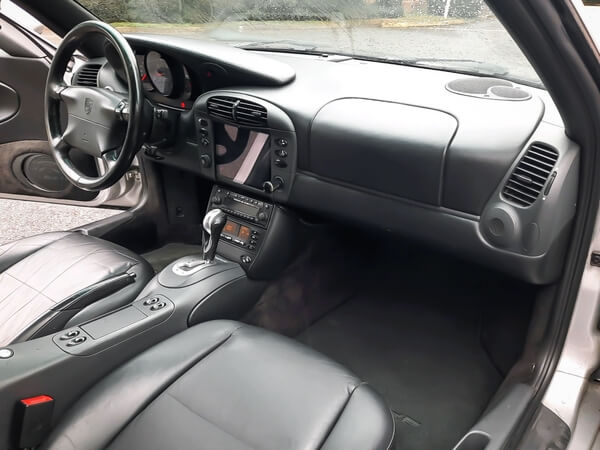 The black interior has been kept in great condition except for some wear noted on the driver’s seat and gear shift surround.  An iPad mini has been custom integrated into the center console as a multi-media system and the original radio has been retained.  All gauges and accessories are said to be fully functional. Factory options include a leather dashboard and door panels, Tiptronic shifter buttons for the steering wheel, and draped leather front and rear seats. 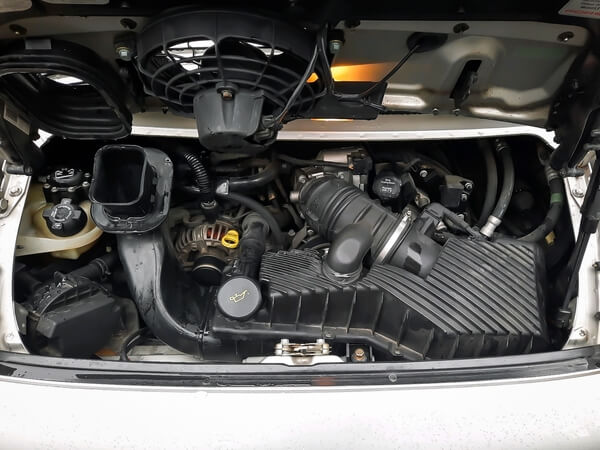 At 77k miles, this 996 received a replacement flat-six engine which was installed by a Porsche dealer in Las Vegas at a cost of approximately $16k.  All four wheels are driven through 5-speed Tiptronic automatic gearbox.  A supporting invoice for the engine replacement is provided in the photo gallery and recent maintenance carried out in the last year is said to include new brake pads, a new battery, an oil change, and the replacements of the water pump, belt, and tensioner.  Some other maintenance records are shown on CARFAX and the seller reports this 996 to be in strong running order for its next owner. 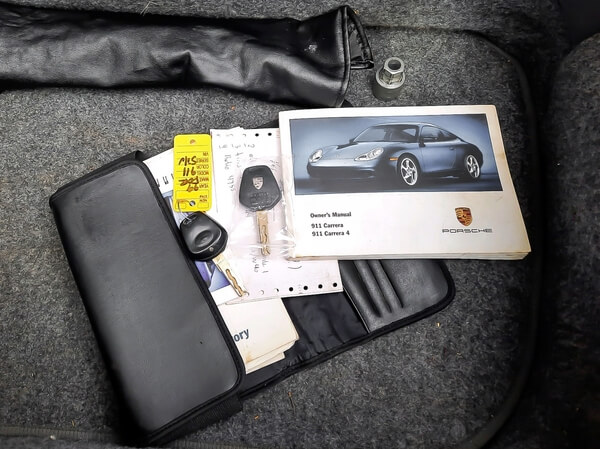 This sale will include a set of 2 keys, owner’s manuals, an invoice for the engine replacement, and a clean title.  Do not miss out on your chance to own this 1999 Carrera 4 at no reserve.