Now up for auction at no-reserve this 1999 Porsche 996 Carrera Cabriolet finished in Arctic Silver Metallic over a Boxster Red interior.  This 996 was generously equipped from the factory with a leather dashboard and door panels, draped leather seats, a 3-spoke steering wheel, limited-slip differential, and 6-speed manual transmission.  Shortly after the current owner’s purchase in 2017, this Carrera was brought to a Porsche dealer to undergo a major service including an IMS bearing update, new Sachs clutch kit, water pump, ignition components, fluids, and filters.  Showing approximately 72k-miles on the odometer, this 996 is now being offered for auction with a rebuilt title by its seller out of Illinois. 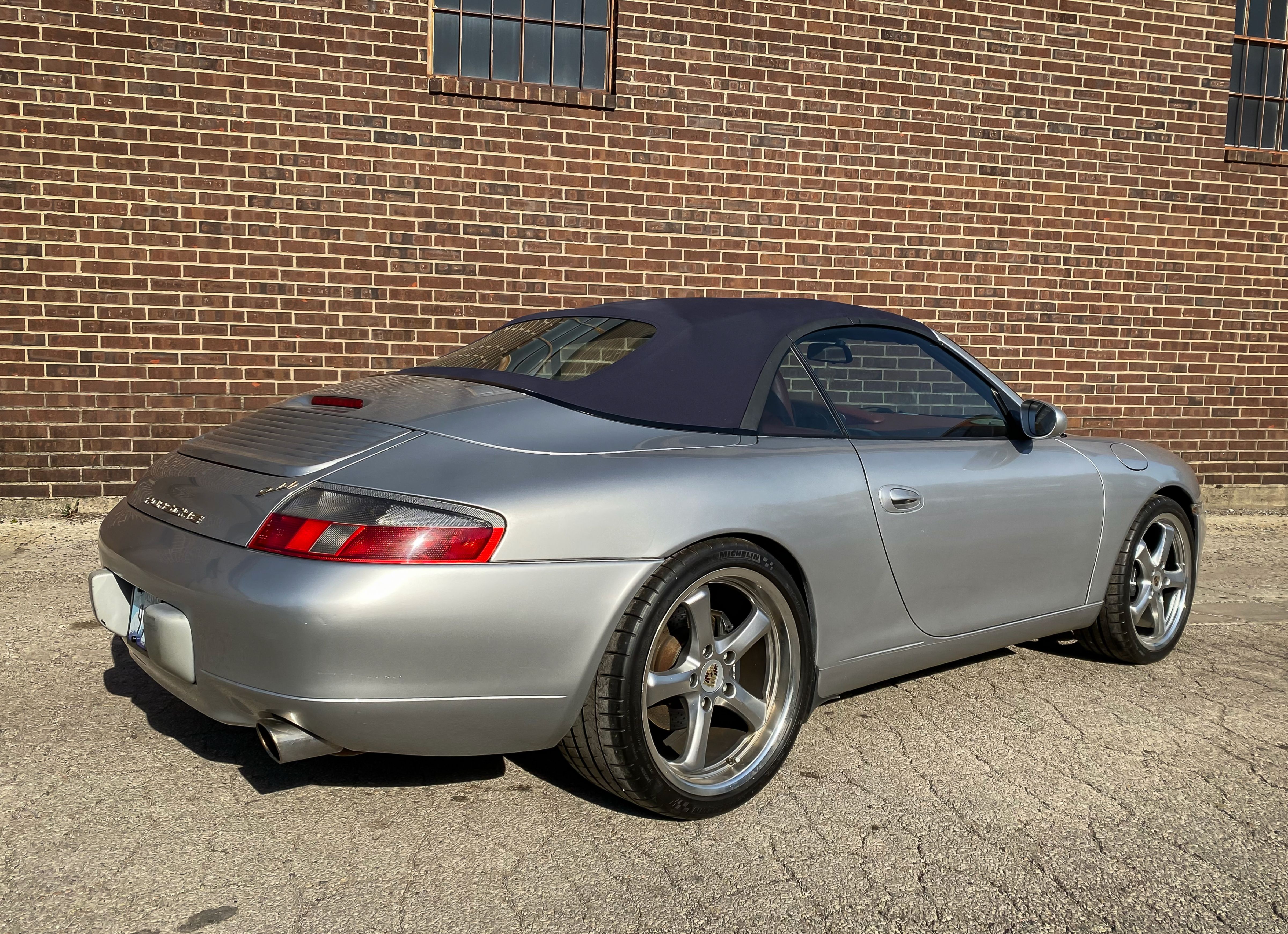 This example is finished in Arctic Silver Metallic, and some small dings and imperfections are noted throughout the exterior.  CARFAX shows moderate to severe damage to have occurred in 2015 resulting in a “total loss”.  The seller, a certified autobody technician, found the car to have only suffered minor cosmetic damage to the right side which has since been repaired. Images of the original damage are provided for reference in the photo gallery.  The seller had also installed a brand new German Sonnenland canvas convertible top with a heat-sealed green tinted plastic rear window and a genuine black headliner.  This Carrera rides on a set of aftermarket 997-spec 19” wheels that come dressed in Michelin Pilot Super Sport tires which were installed in 2018 within the last 1k-miles. 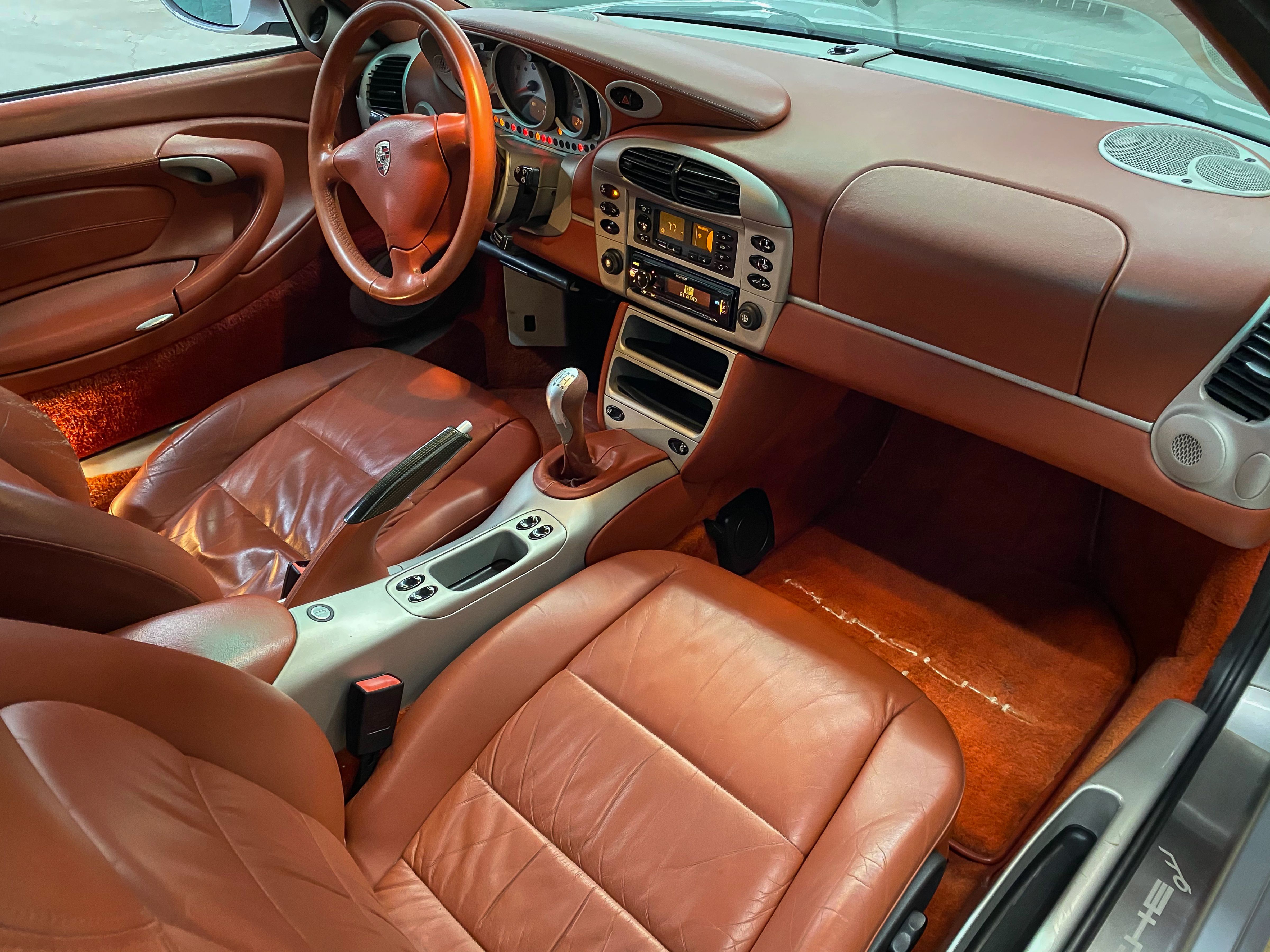 Inside, this 996 features an attractive Boxster Red interior with optional draped leather seats as well as a leather dashboard and door panels.  Other factory options include heated 8-way power seats with driver’s seat memory, a 3-spoke steering wheel, a CD storage compartment, and a sound system. The convertible top is currently inoperable with an error light present on the dashboard, and the seller had attempted to address this issue in 2018 with the installation of a new motor and hydraulic struts. The seller states that the top can likely be fixed with a new module or updated programming.  All other accessories and electronics are said to be working properly including the aftermarket Kenwood KDC-X998 Bluetooth head unit. 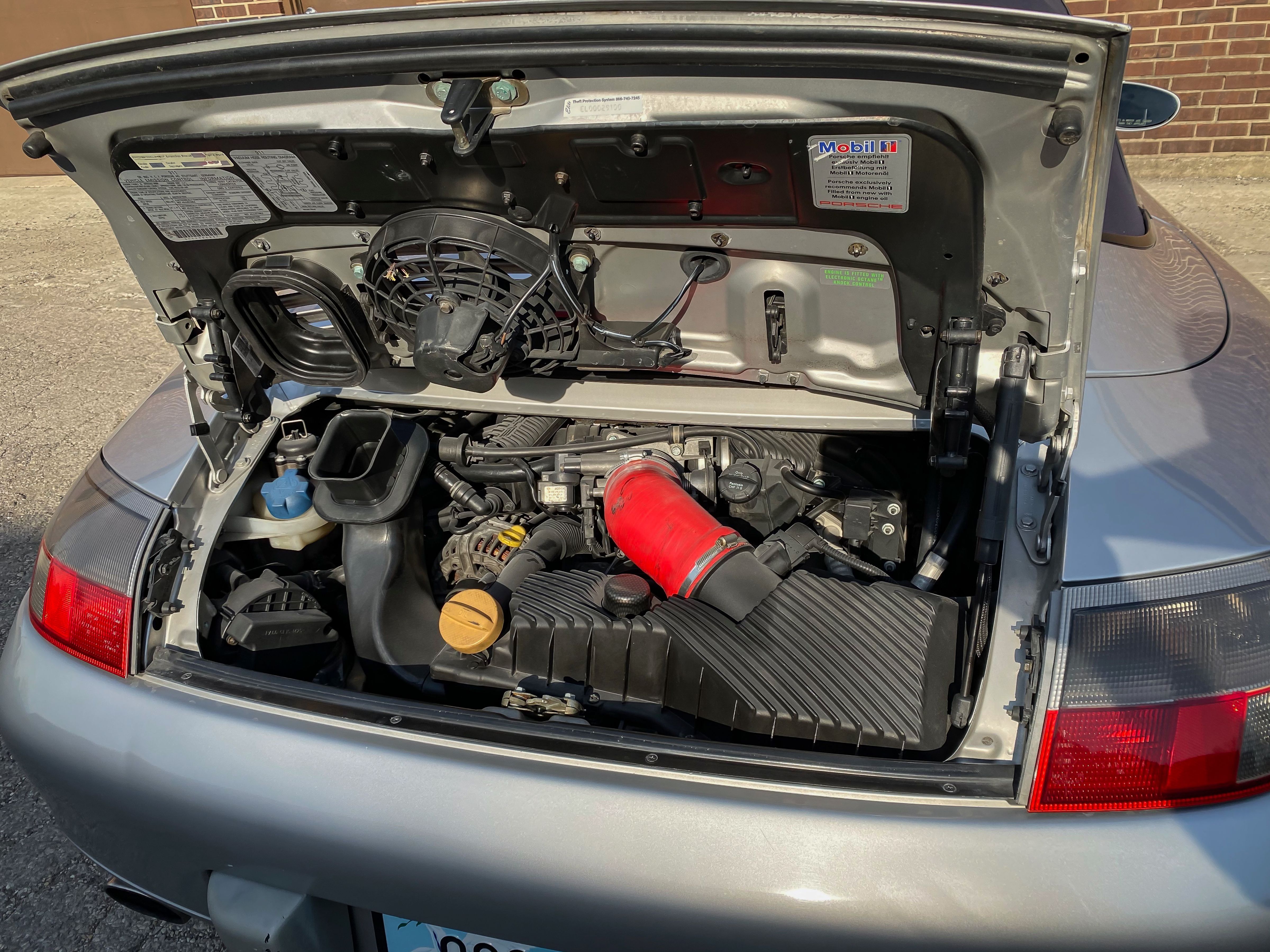 Representing the first generation of the water-cooled 911, this 996 Carrera is equipped with a 3.4L flat-six engine that sends up to 296 HP to the rear wheels through a 6-speed manual transmission.  This example was also factory optioned with a limited-slip differential (220).  The seller has driven approximately 3k-miles during their ownership and had the following service items addressed in October of 2018 at 70,749 miles by Porsche Barrington: 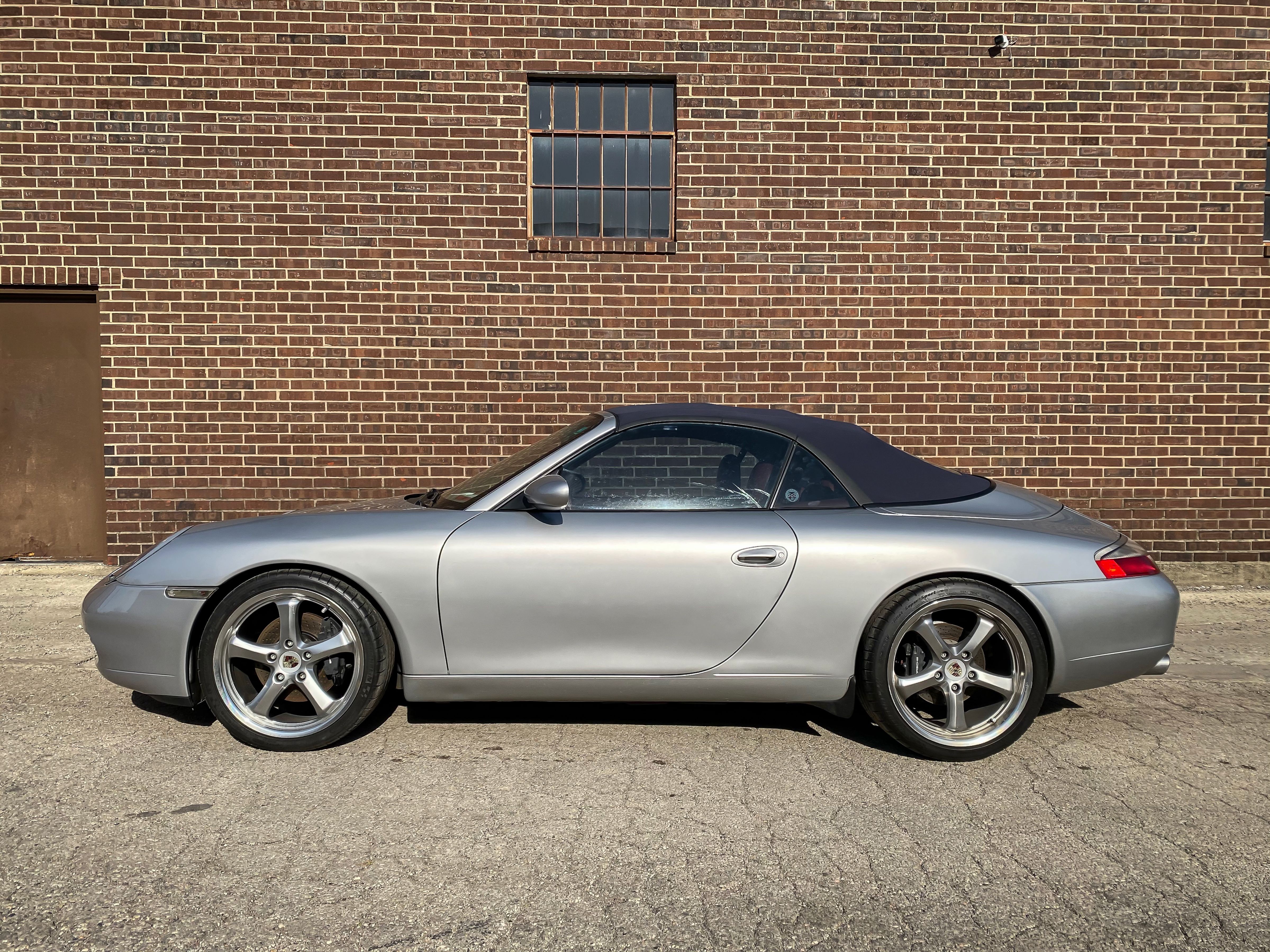 This sale will include a branded rebuilt title.  With a considerable amount of service carried out in the last 3k-miles, this nicely equipped Carrera is just waiting to be enjoyed by a new owner.