Up for auction is this 1999 Porsche 986 Boxster finished in Guards Red over a black interior. This first-generation Boxster features a desirable 5-speed manual transmission, 18″ SportDesign wheels, and an upgraded Kenwood sound system.  It has reportedly been cared for by two prior owners and is said to have received an IMS bearing service as well as a replacement clutch.  Having resided on the West Coast up until 2015, this 986 Boxster is now being offered for auction by its seller out of Florida while showing just over 32k miles on the odometer. 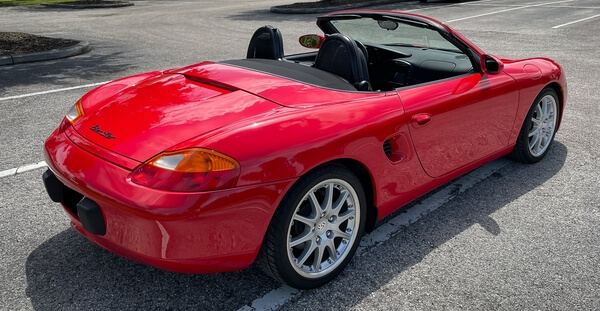 This Boxster is finished in Guards Red with a black power-retractable soft top.  The car is said to have been garage-kept throughout its life and the seller reports very minimal signs of road-going wear, detailed images are provided in the photo gallery along with a clean CARFAX report. This example rides on a set of factory optional 18” SportDesign wheels dressed in Primewell tires. 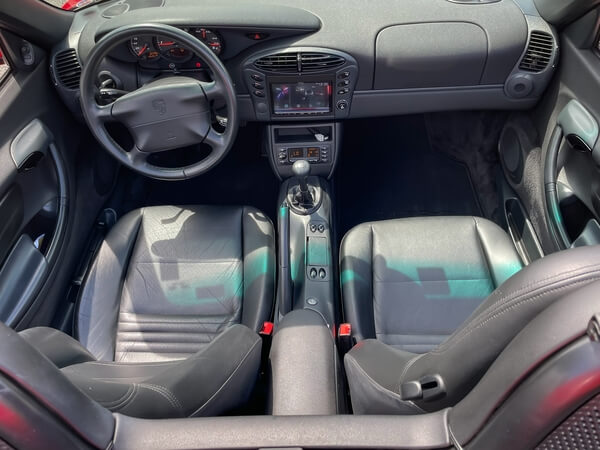 Inside, you will find a black interior with creature comforts including automatic air conditioning, power front seats, and an upgraded Kenwood touchscreen stereo paired with the factory 6-speaker sound system.  All gauges and accessories are reported to be fully functional and the seller states that the original stereo will accompany the sale. 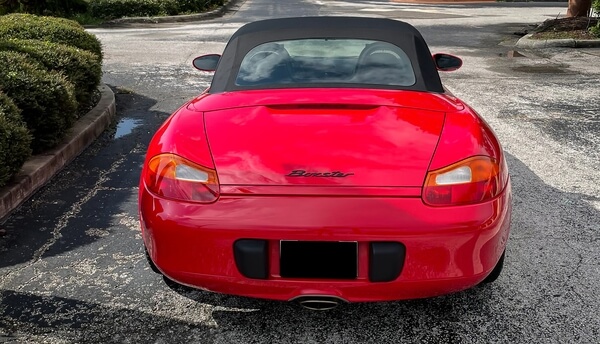 The Boxster model is celebrated for its mid-engine agility and this 1999 example is powered by a naturally aspirated 2.5L flat-six capable of producing over 200 HP.  The rear wheels are driven through a 5-speed manual transmission which allows this Boxster to accelerate from 0-60 MPH in under 7 seconds.  The CARFAX report highlights services dating as far back as 2001, and the seller notes that the clutch was replaced within the last three years.  The IMS bearing is also said to have been previously addressed. 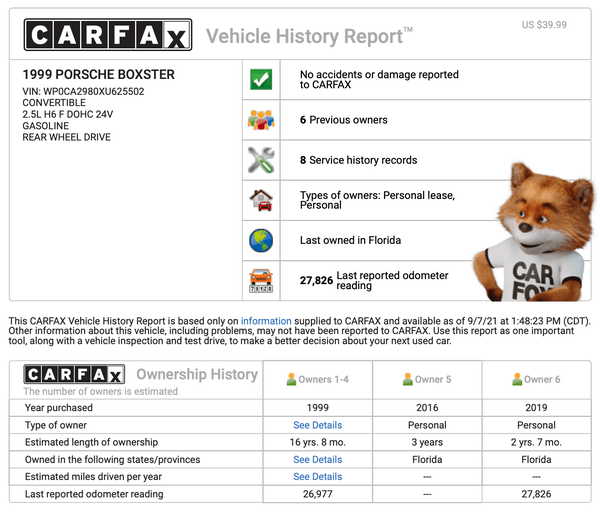 This sale will include an owner's manual, spare tire, and a clean title. Well presented and with just over 32k miles traveled from new, this 1999 Boxster makes an excellent choice for any driver in search of a Porsche 986.