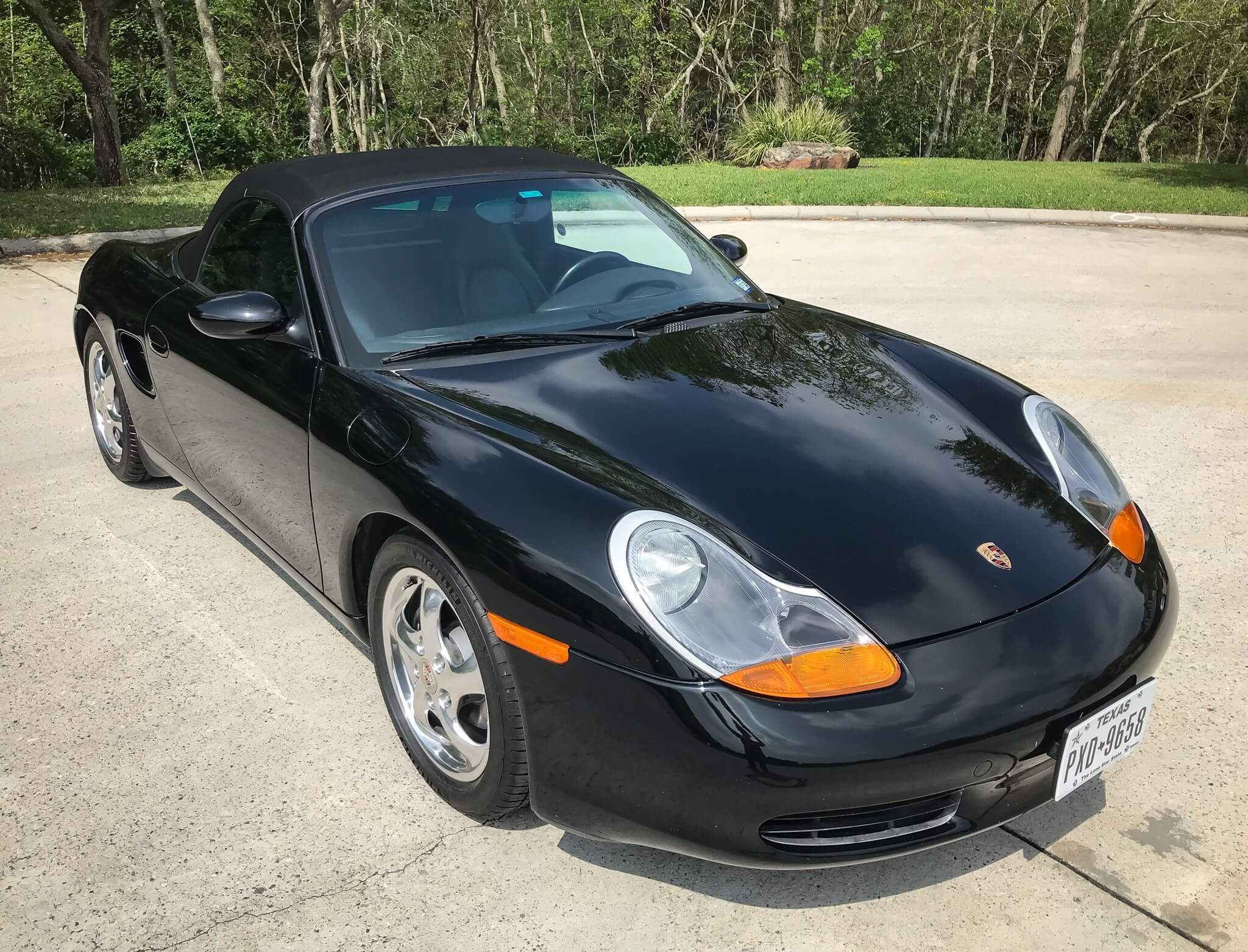 Next up at auction is this 1999 Porsche 986 Boxster finished in Black over a black leather interior. This first-generation Boxster was delivered new to Aristocrat Motors of Shawnee Kansas, and was optioned with 17” 996 Carrera-look wheels, cruise control, a 6-speaker sound system, a remote-control alarm system, a cabin wind deflector, and a CDR220 radio. This example was acquired by the seller in July of 2021 at 48,538 miles from the third owner, who continued to have the vehicle serviced by the selling dealer. Maintenance under the current ownership includes the replacement of the passenger side window regulator, the replacement of the windscreen attachment clips, new brake rotors and pads, a new coolant reservoir, and an oil service. Showing 49,805 miles on the odometer, this 986 has been well cared for and is now being offered at auction by the seller based out of Texas. 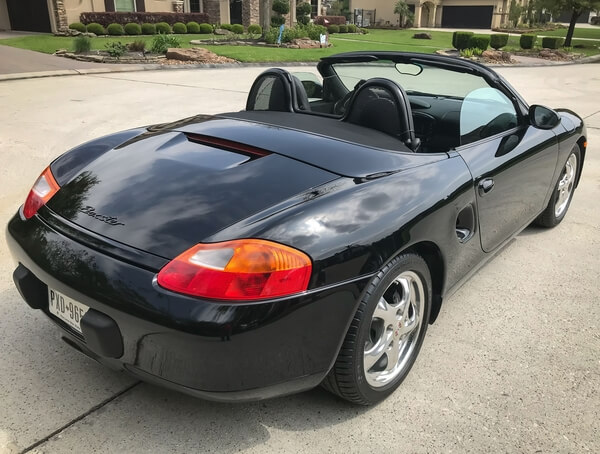 This Boxster was ordered in Black (741) with a power-operated black convertible soft top which has received the application of Porsche convertible top water repellant. The seller describes the exterior to be in very good condition, having benefitted from reportedly being garage kept and covered since new. A small, almost invisible dent on the passenger side door is reported, as well as some minor rock chips in the hood, detailed images are provided in the gallery along with a clean CARFAX report. The 17” Carrera-look twist-spoke wheels are mounted with Michelin Pilot Sport A/S3+ all-season tires on the rear displaying date codes from 2020, and current generation A/S4+ in the front, which show date codes from 2021. 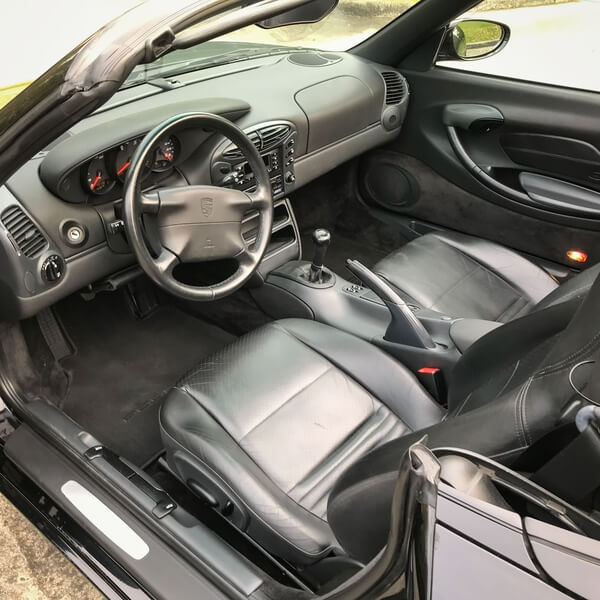 The interior features seating surfaces upholstered in black leather along with a matching dashboard and door panels. The seller notes some minimal wear to the seat bolsters, a scrape on the driver’s seat cushion, and wear on the shifter boot. Amenities include a wind deflector, cruise control, power accessories, and an upgraded JVC head unit with Bluetooth. 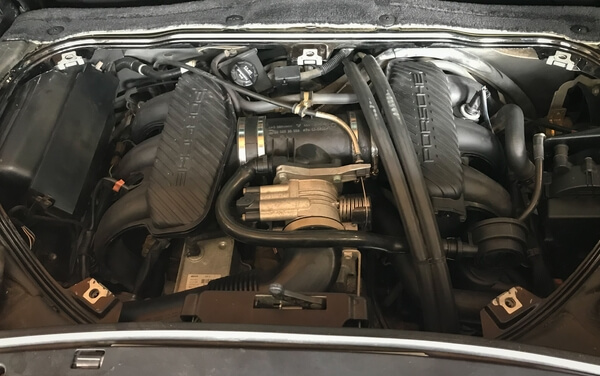 The Boxster is powered by a mid-mounted 2.5-liter M96 flat-six engine that was factory rated at 201 horsepower and 181 lb-ft of torque, which drives the rear wheels through a 5-speed manual transaxle. Service documentation shows an oil service, a flush of the brake system, new brake rotors and pads, a new water pump and belts, a new coolant reservoir, a new passenger side window regulator, and the replacement of the hood latch. The seller reports this Boxster to run and drive as new, with no issues or warning lights. 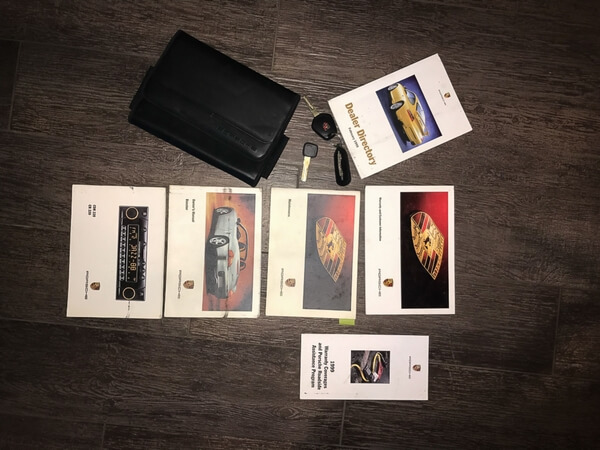 This sale will include a clean title, service documents, and owner’s manuals.