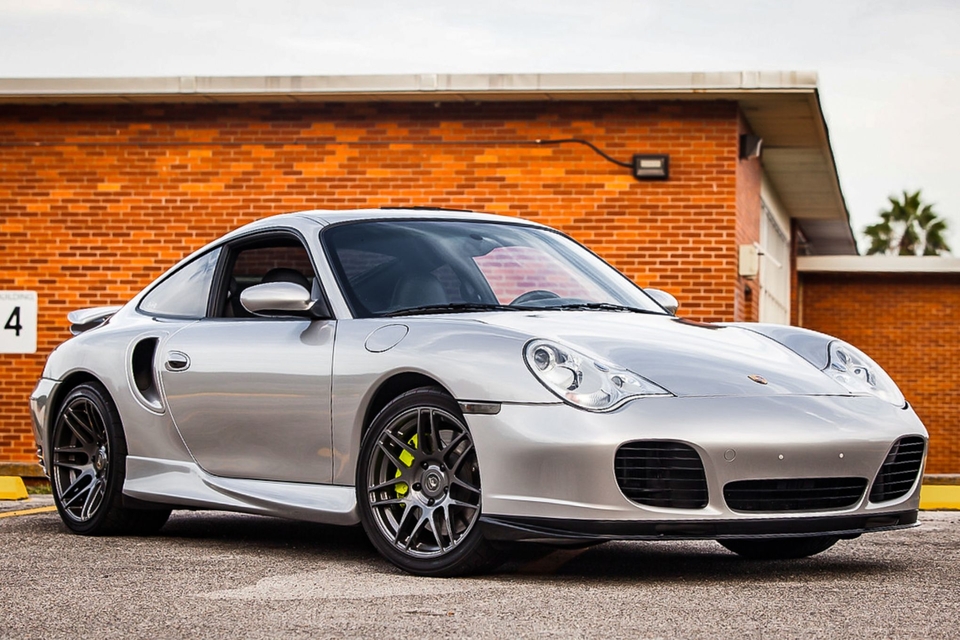 Now up for auction is this 2001 Porsche 996 Turbo presented in Arctic Silver Metallic over a Black full leather interior.  Equipped with a legendary twin-turbocharged Mezger flat-six engine mated to a 6-speed manual transmission, this 996’s performance has been taken to the next level with upgrades including a Kline 3” exhaust system, updated 997.2 intercoolers, an ECU tune and larger 350mm brakes.  Also showcasing some tasteful interior and exterior modifications, this Turbo was purchased by its current owner in 2016 and has been diligently looked after ever since with just under 30k miles currently shown on the odometer.  It is now being offered for auction out of Tampa, Florida accompanied by a clean title and Carfax report. 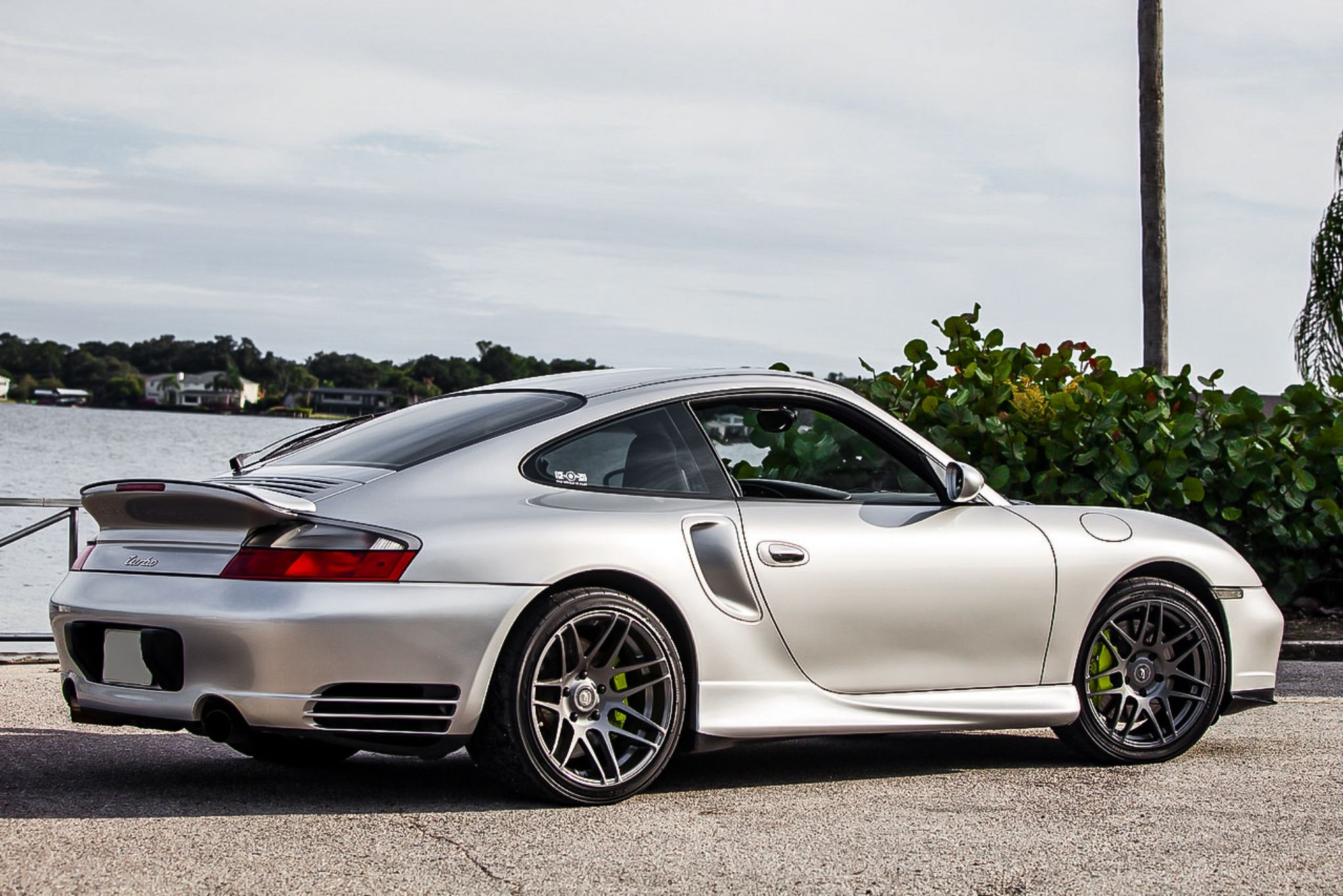 The Arctic Silver Metallic finish on this 996 is reported to be in very good overall condition with some road-going wear and minor imperfections (detailed images are provided in the photo gallery).  The seller notes that the car was regularly detailed under their ownership with a professional full paint correction carried out within the last year.  Some exterior modifications include Techart side skirts, a Rennkit electric spoiler system and custom powder-coated Acid Green brake calipers which are set behind 18” Forgestar wheels finished in Prismatic Black Chrome.  These wheels come dressed in Yokohama Advan tires from 2016 which bear approximately 3600 miles of use. 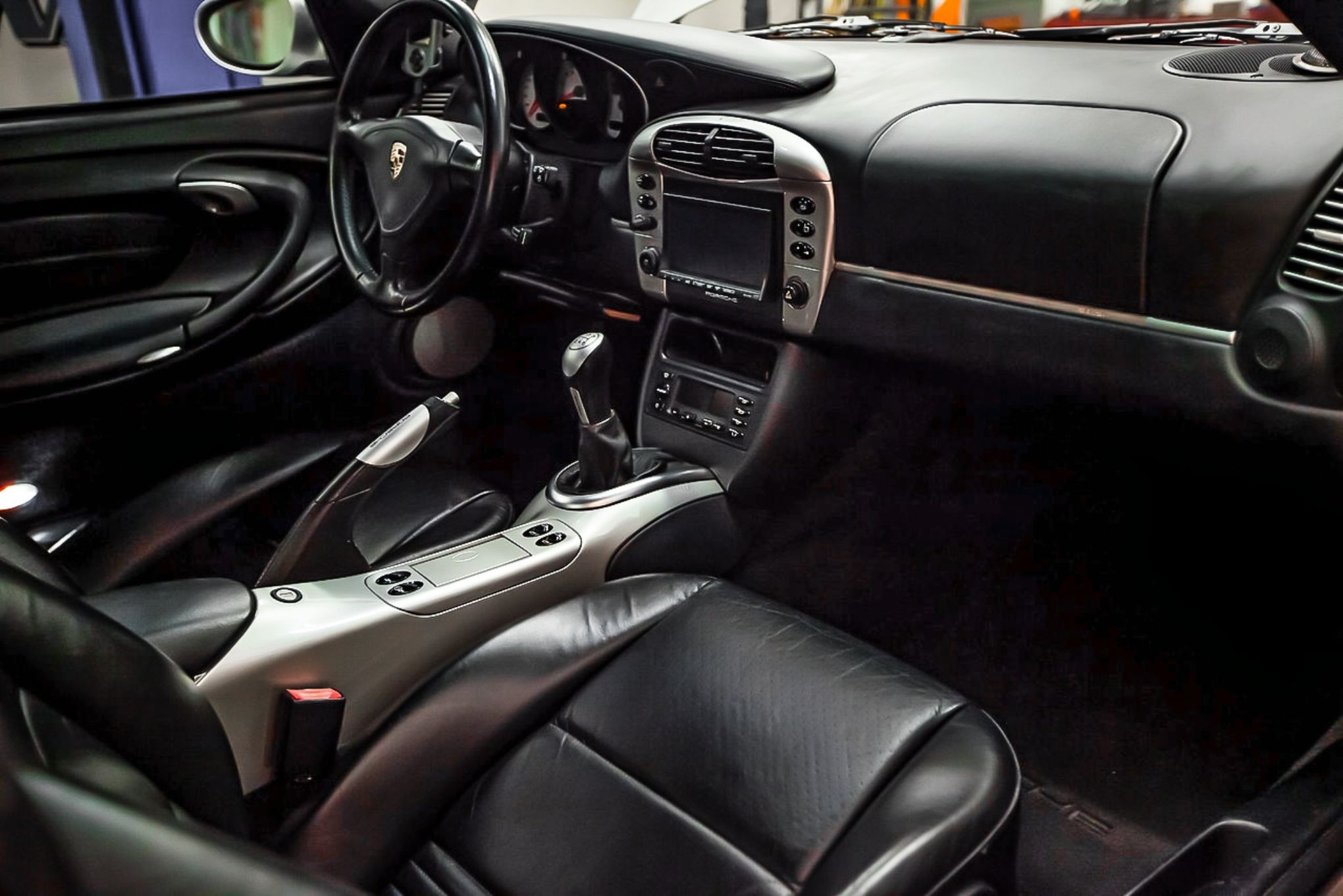 The Black full leather interior is noted to have been well preserved throughout the years with only minor wear indicated on the driver’s side armrest as well as a small chip on driver’s inner door handle. The driver’s side window regulator was replaced under the current ownership along with the self-dimming rearview mirror and headlight switch.  Modifications include LED interior lighting and Rennline pedals with an aluminum hinge system as well as an aftermarket Alpine double-din head unit which is paired with Focal speakers and a JL Audio amplifier.   All gauges and electronics are reported to be working properly.  Factory options listed on the $120,750 original build also include: 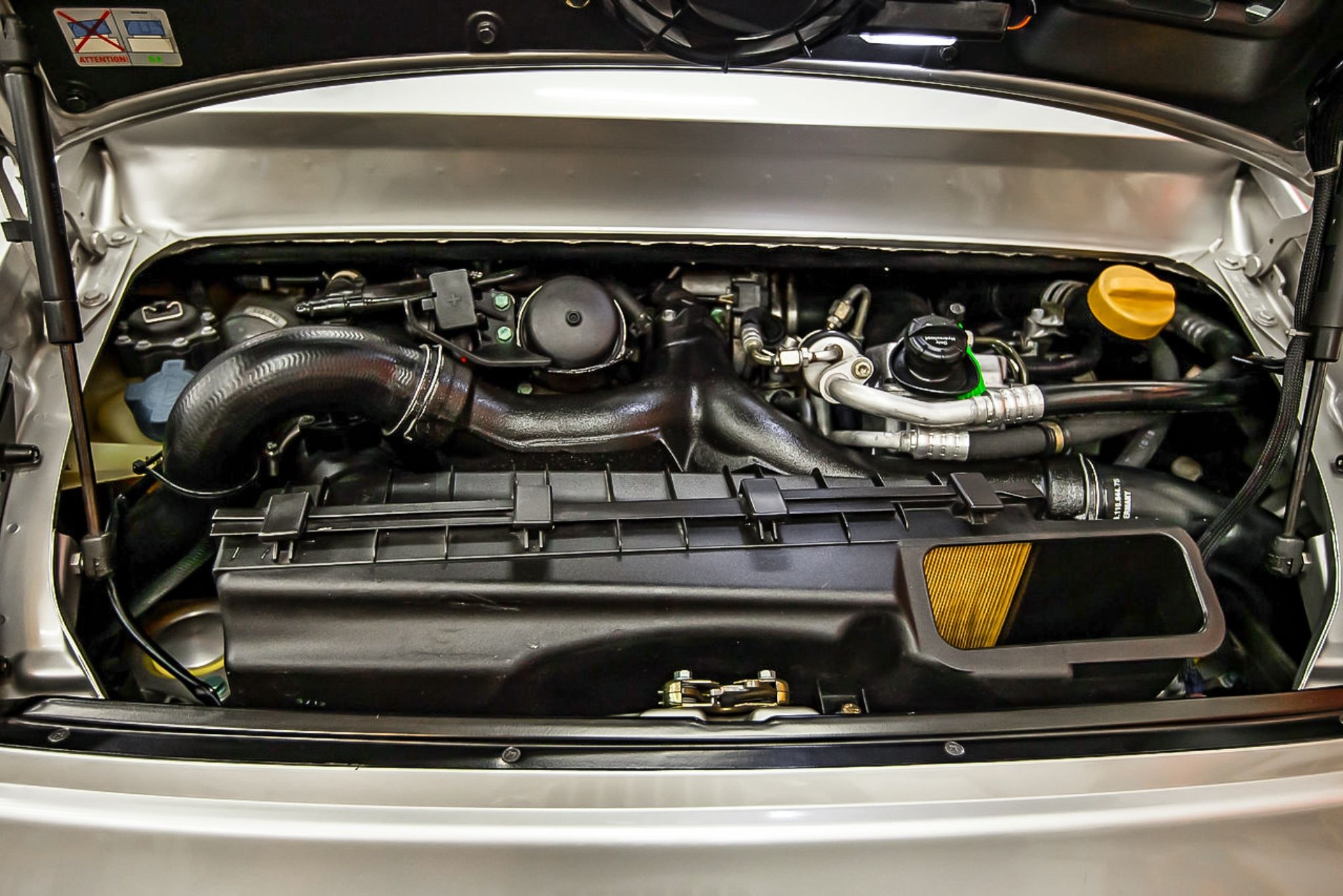 Widely considered as the greatest water-cooled Porsche engine of all time, this 996 is equipped with a twin-turbocharged 3.6 L flat-six Mezger engine which is rated at 415 HP from the factory.  A desirable 6-speed manual transmission distributes power to all four wheels providing for a stock 0-60 time of approximately 4 seconds.  This example has also been upgraded with the following performance modifications: 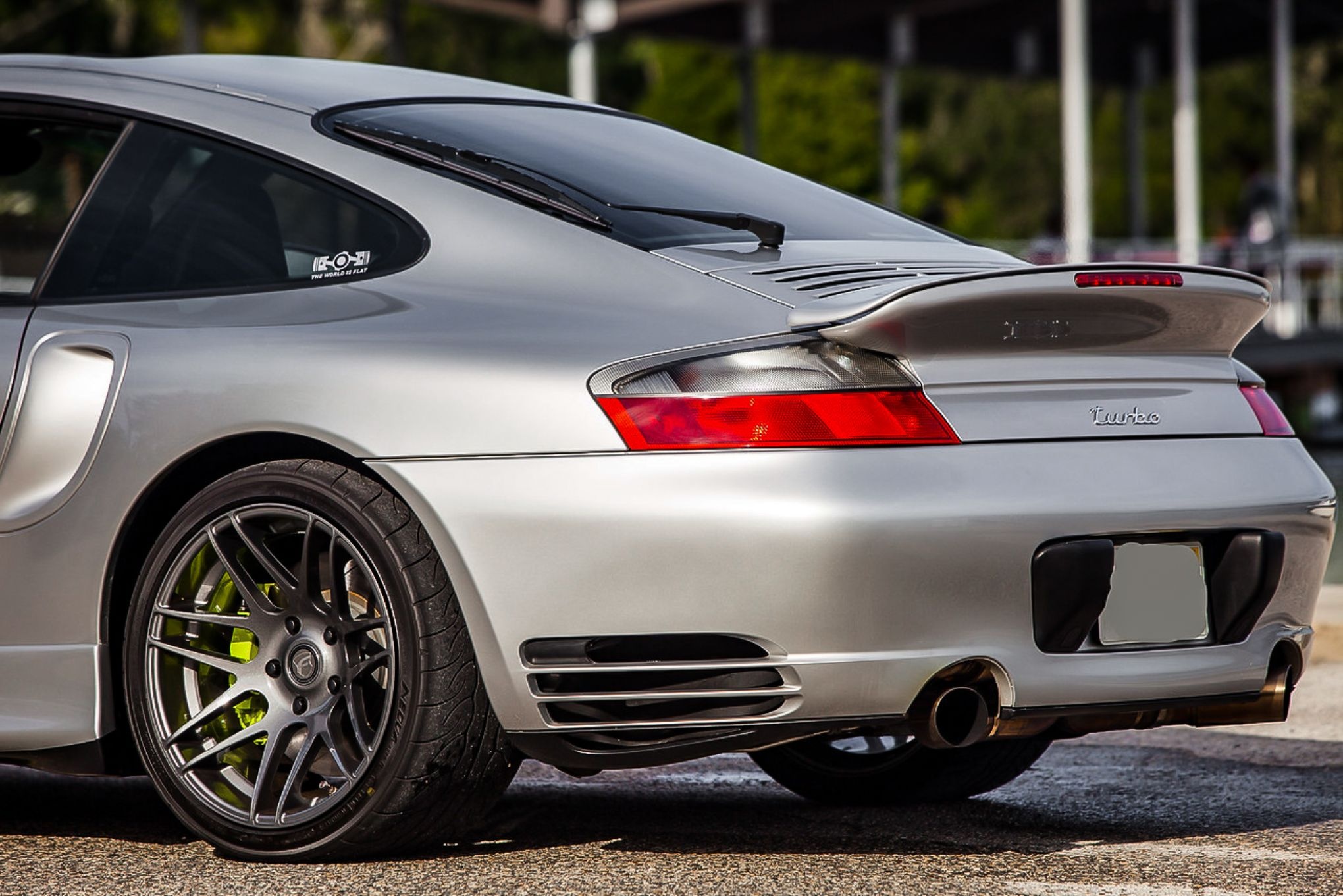 The seller indicates that 3 coolant lines have been pinned, new plugs and coils have been installed and that the brake calipers were completely rebuilt with all new seals, ABS sensors and dust covers.  Said to have been carefully driven and never tracked, this Turbo remains in excellent running order for its next owner. A DME report is available for reference within the photo gallery. 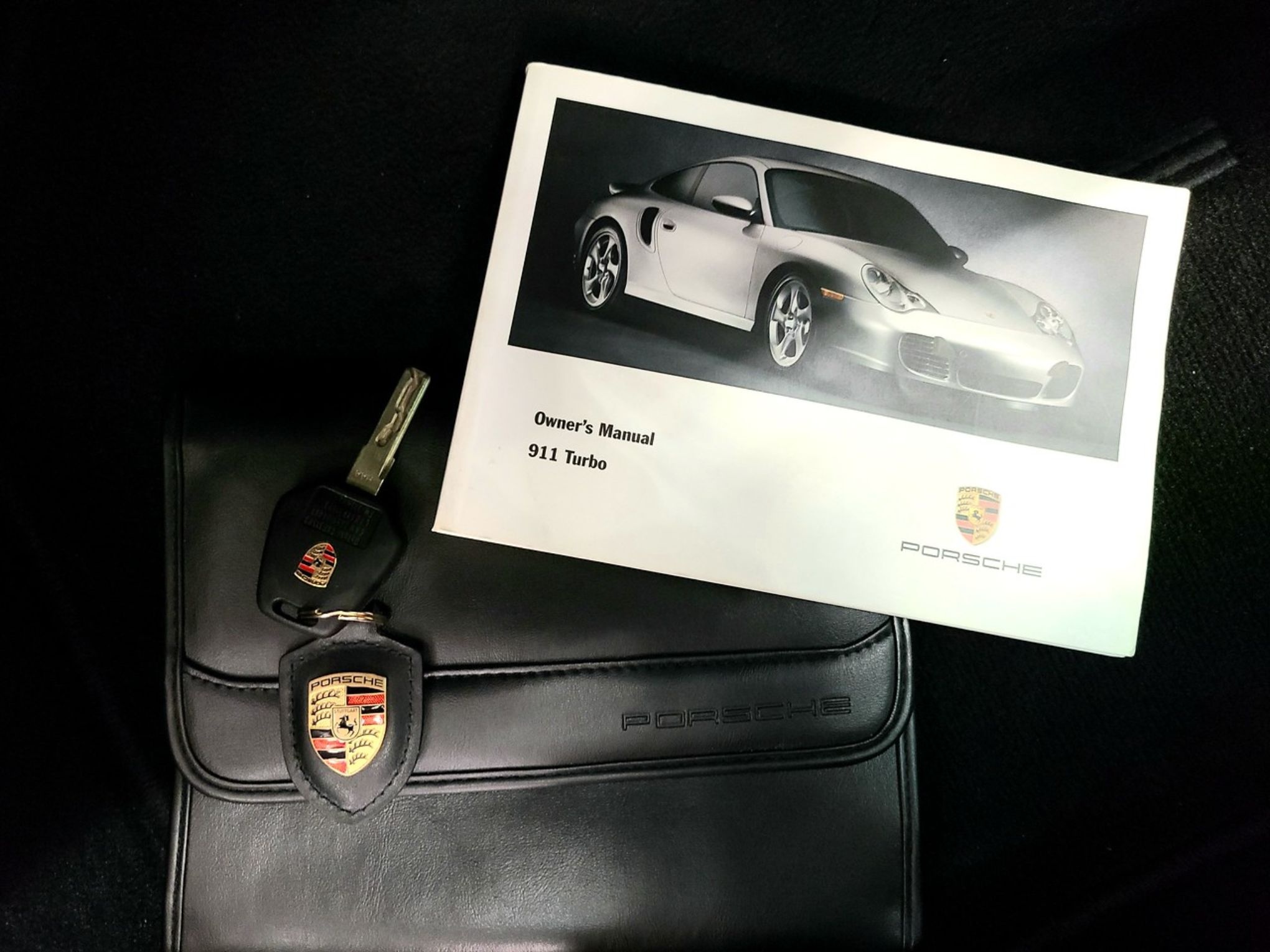 This sale will include a set of 2 keys (one remote fob is non-functional), owner’s books, service records and a clean title.  Also included are the original intercoolers and factory shifter.  Do not miss out on your chance to get behind the wheel of this nicely upgraded and well-maintained 6-speed Mezger Turbo.