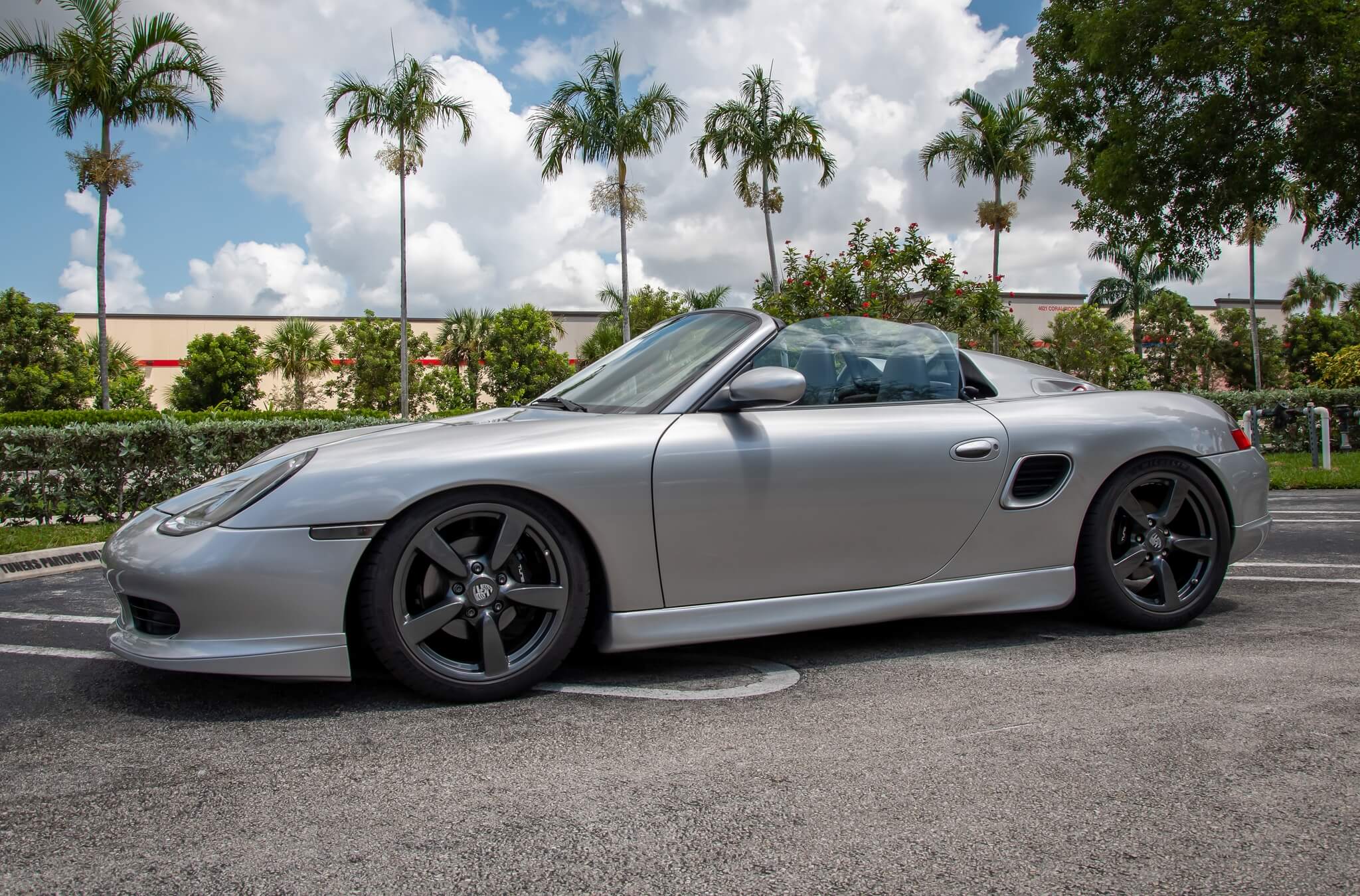 Up for auction is this custom-built 2001 Porsche 986 Boxster “Spyder” finished in Arctic Silver Metallic over a black leather interior.  Acquired by the current owner In May of 2019 as a standard 986 Boxster, this 2001 example was brought to TuneRS for a custom Spyder-style body conversion.  It is one of 12 Spyder conversions carried out by TuneRS thus far with other examples residing in Japan, South Korea, and the United Kingdom.  It also features an upgraded KW coilover suspension as well as several custom interior details. Previously listed on PCARMARKET, this incredibly unique Boxster has been recently serviced and is now being offered for auction by its owner out of Florida with just under 47k miles showing on the odometer. 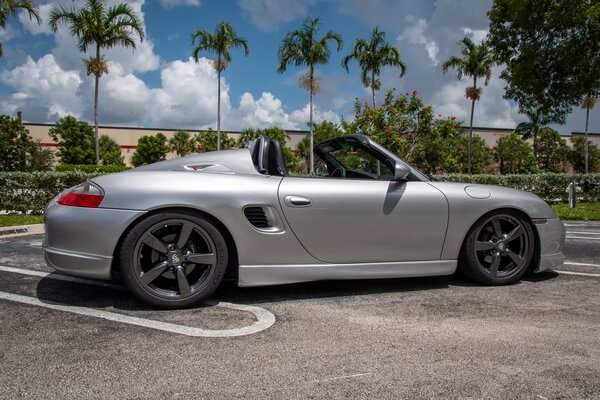 This Boxster comes finished in Arctic Silver Metallic and remains preserved with an application of ceramic coating over the full exterior. A custom fabricated rear deck with double-hump fairings was created by TuneRS along with a Bordeaux cabriolet top in OEM material. Other modifications include a painted rear diffuser, front spoiler, rear bumperette delete, TRS 986 aero side skirts, Anthracite Grey badging, Euro-style taillights, LED-converted headlights, and brake calipers with custom TuneRS logos.  This Boxster rides on a set of genuine 18" Cayman S wheels which have been custom finished in Gunmetal and dressed in new Michelin Pilot Sport 4S tires. 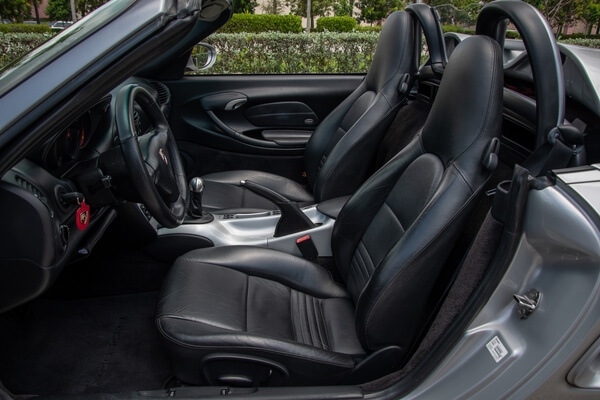 The black interior has been customized with a flat-bottom three-spoke leather steering wheel, a B&M short-throw shifter with an aluminum gear knob, red instrument dials, and a painted center console. An optional CD shelf center console was equipped from the factory and the original Porsche CDR-220 radio remains in place. 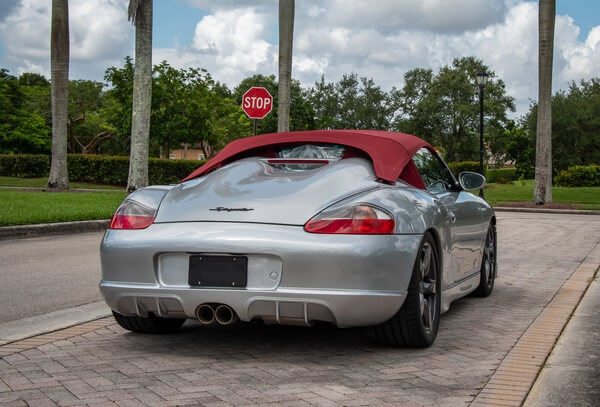 A naturally aspirated 2.7L flat-six engine sends power to the rear wheels through a 5-speed manual transmission.  Performance upgrades include a Dansk Sport exhaust system with high flow catalytic converters as well as a KW V1 coilover suspension. An oil and filter service was carried out by TuneRS earlier in 2021 and there are no outstanding maintenance items reported at this time. Compression test results are provided for reference in the photo gallery along with some service records. 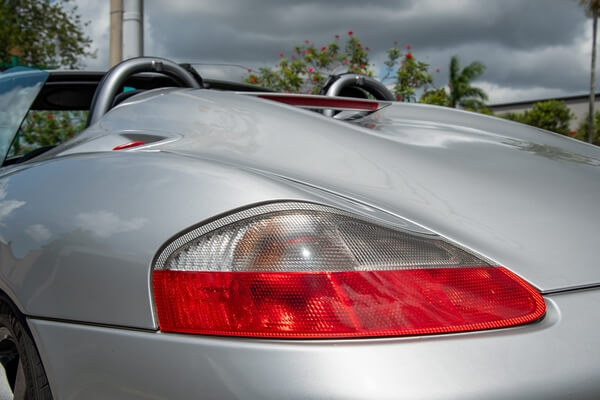 This sale will include a binder of records and a clean title.  A beautifully executed interpretation of a 986 Boxster Spyder, this 5-speed 2001 example is sure to turn heads at your next car event.  Do not let this special opportunity pass you by.