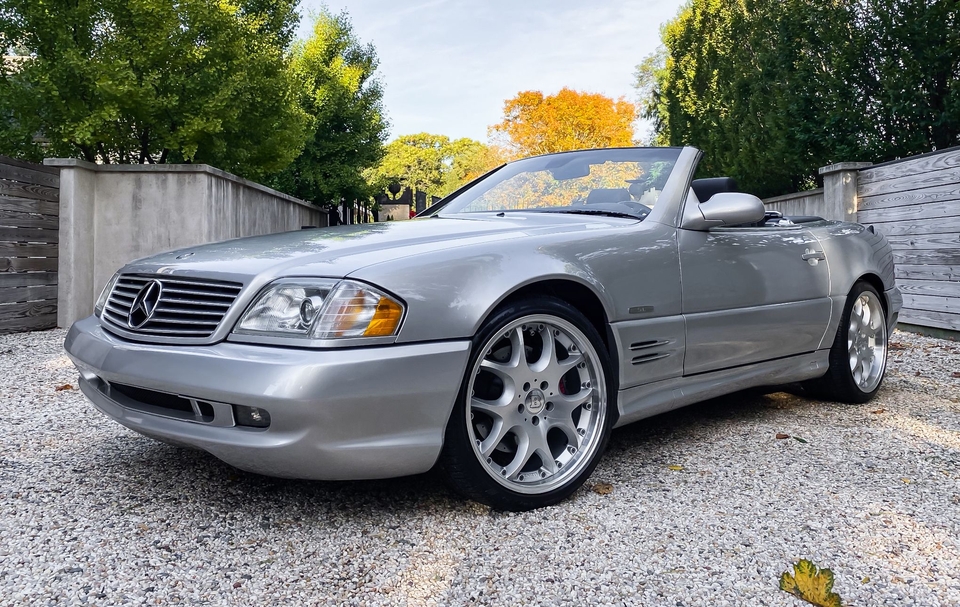 We are pleased to present this 1 of 1 2002 Mercedes-Benz R129 SL600 Silver Arrow Brabus.  Based upon 1 of only 100 SL600 Silver Arrow’s ever produced, this Brabus has been made one-of-a kind with a specially tuned 7.3 L V12 engine, a host of performance upgrades and some unique visual details.  Noted to have been well preserved throughout its entire life, this SL600 has been kept in pristine, highly original condition with approximately 8,400 miles shown on the odometer.  Accompanied by a rare panoramic hard top, factory wheels and original documentation, this one-off Brabus Silver Arrow is an absolute dream come true for any discerning automobile collector. 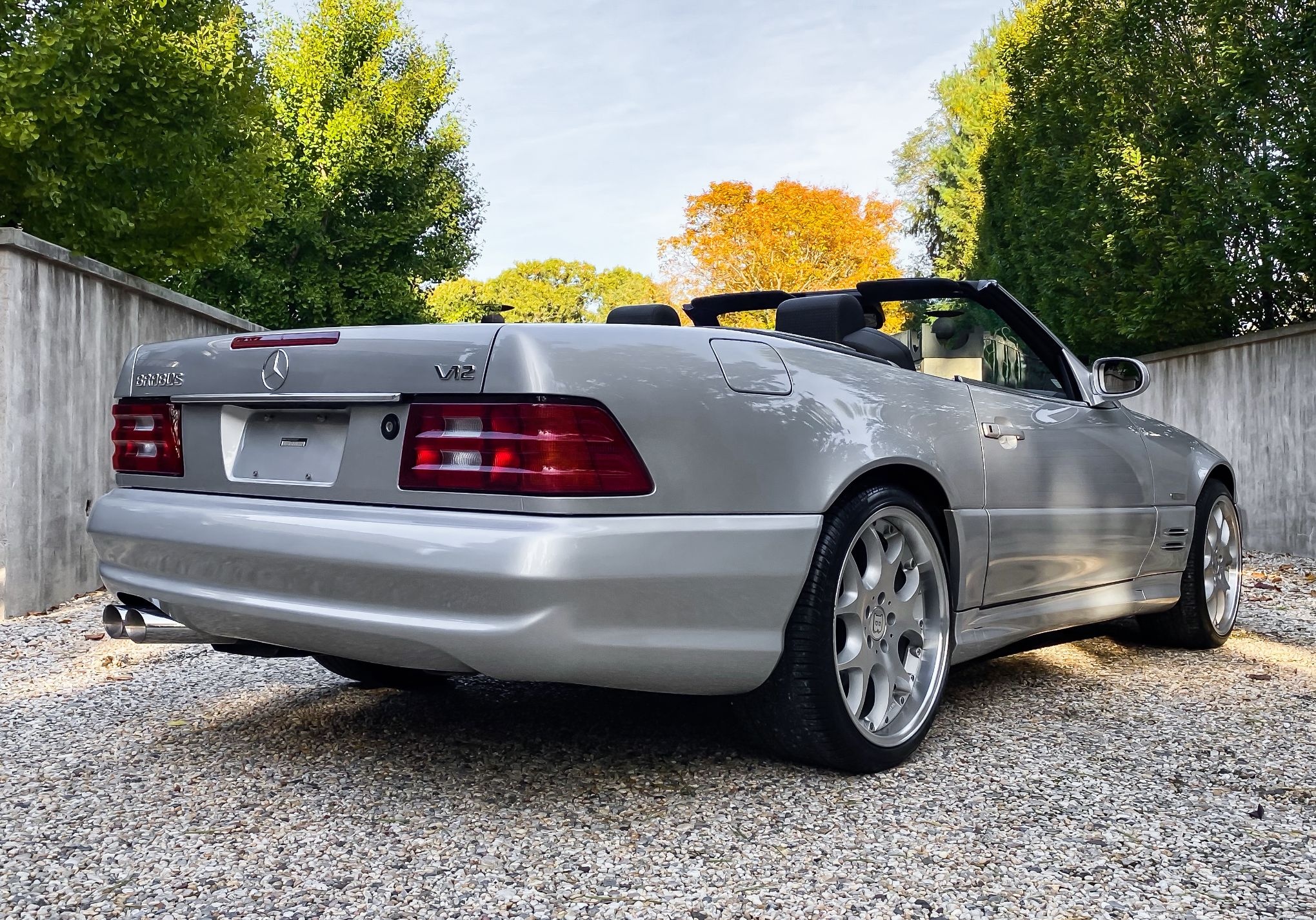 Paying homage to the legendary Mercedes “Silver Arrow” racing cars of the 1930’s, this R129 is factory finished in Silver Arrow Ultra Metallic paint.  In addition to its revised body cladding, this SL600 features a rare and highly desirable panoramic hard top as well as xenon headlamps, “Brabus V12” badging and dual Brabus exhaust tips.  The fenders were also modified by Brabus in order to accommodate the multi-piece Brabus Monoblock V wheels measuring 9.5” x 19”. The finish on this SL is reported to be in exceptional condition, detailed images and paint meter readings are provided in the photo gallery. 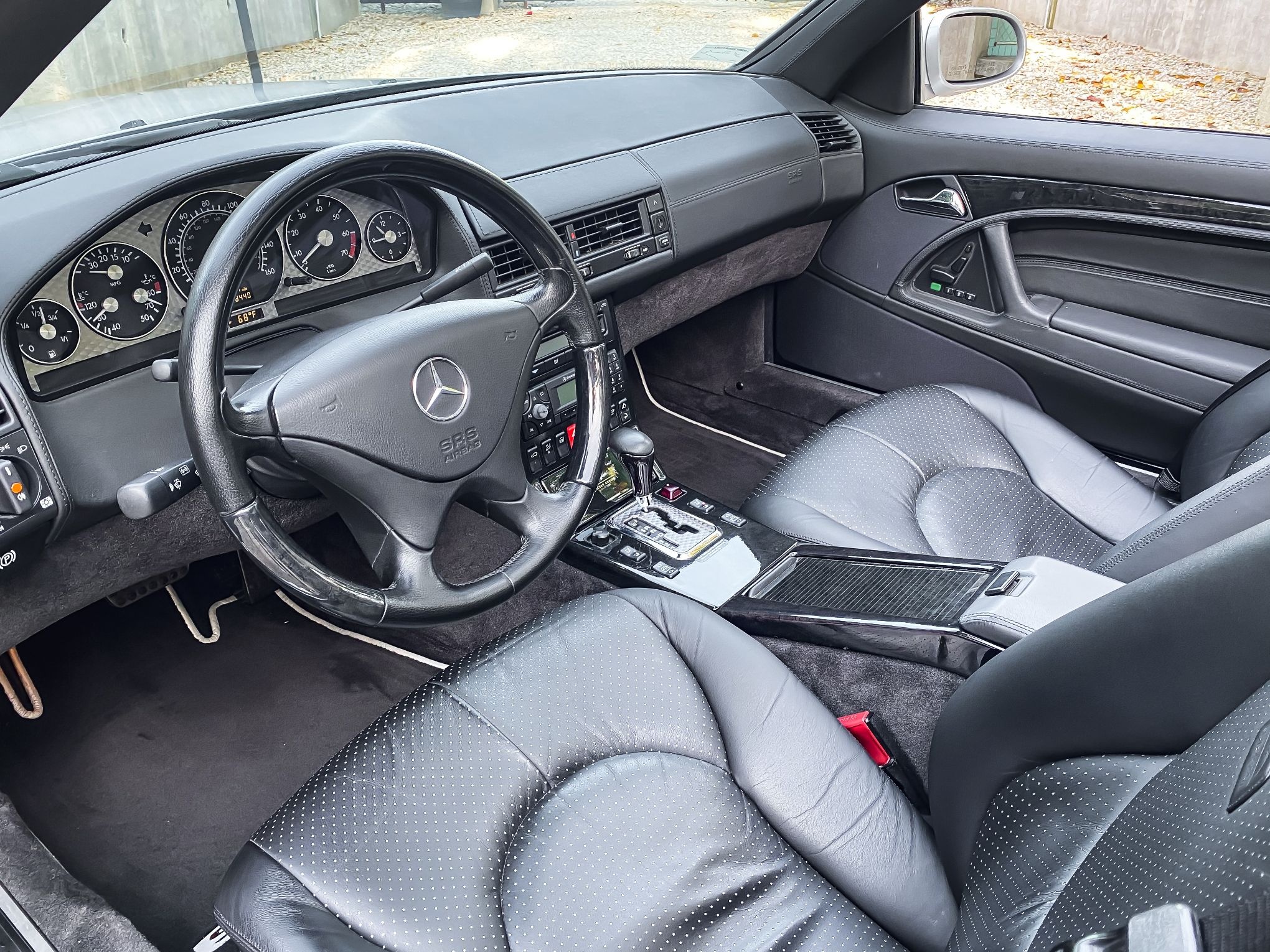 A specification unique to the SL600, this Silver Arrow is appointed with a luxurious Black leather interior featuring perforated seat centers.  Polished aluminum and Birds-Eye maple wood trim can be seen throughout the cabin with a special “Silver Arrow” designation located on the center console in front of the shifter.  Accompanied by an original Mercedes window sticker and Brabus conversion build sheet amounting to over $203k in total, this SL is factory equipped with auto climate control, AM/FM cassette radio with 6-disc CD changer, a 6-speaker Bose Acoustimass Sound System, 10-way power operated heated seats with 3-position memory, an electric tilt steering column, rain sensors and auto-dimming mirrors. All gauges and accessories are noted to be working properly. 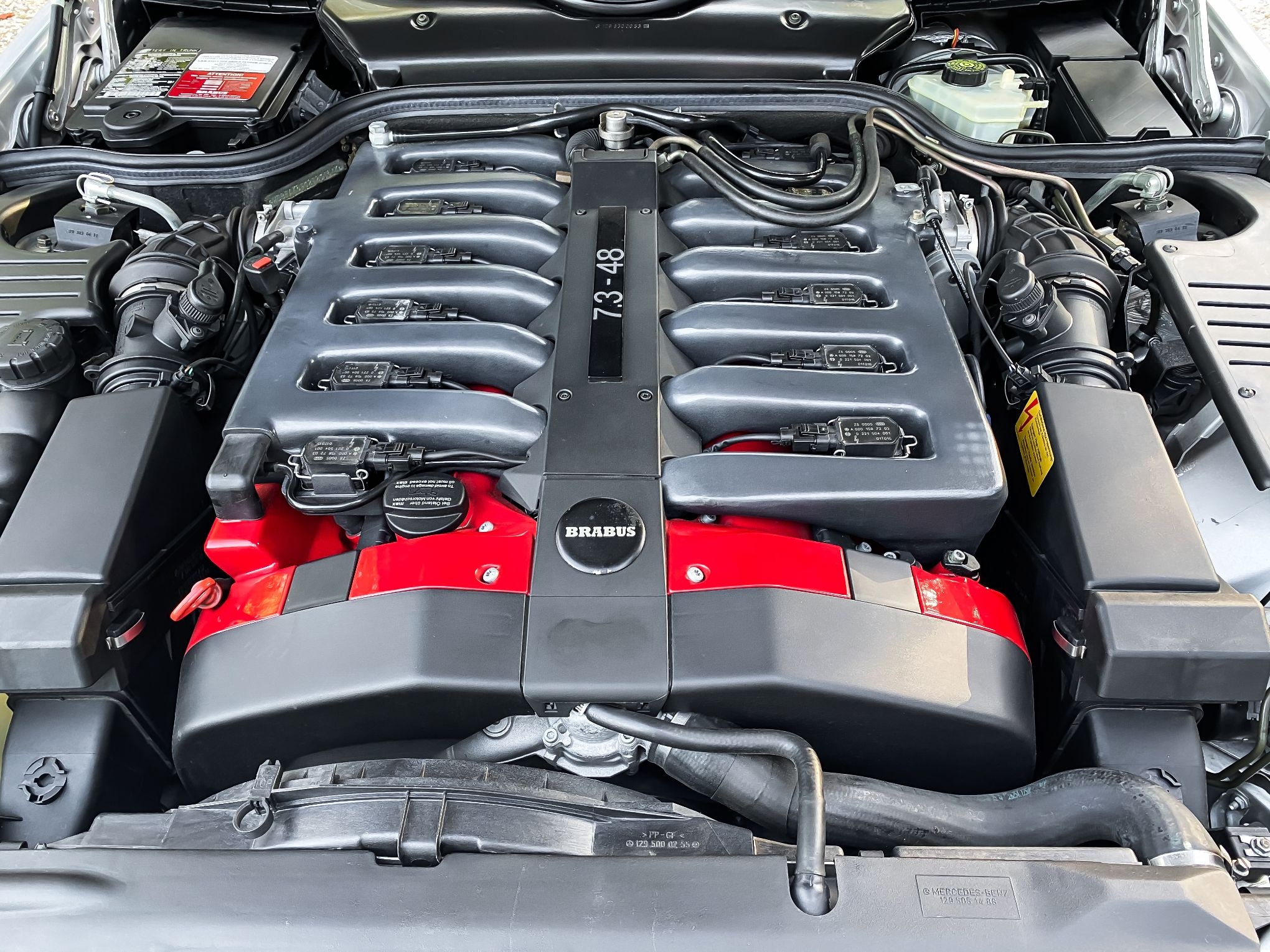 As the only SL600 Silver Arrow ever reported to have been modified by Brabus, the original M120 6.0 L V12 engine has been bored and stroked to a 7.3 L displacement.  New camshafts were also fitted along with a special crankshaft, ported exhaust tracts and larger valves providing for an impressive output of 523 HP, a 134 HP increase over the stock configuration.  A 5-speed automatic transmission effortlessly delivers power to the rear wheels allowing this R129 to accelerate from 0-60 MPH in as little as 5 seconds. Also included in the $70,236 Brabus conversion is the Brabus High Performance Braking System and Brabus sport exhaust system.  The certificate of authenticity shows the conversion to have been carried out at 387 miles and the original Brabus engine tag is also included. 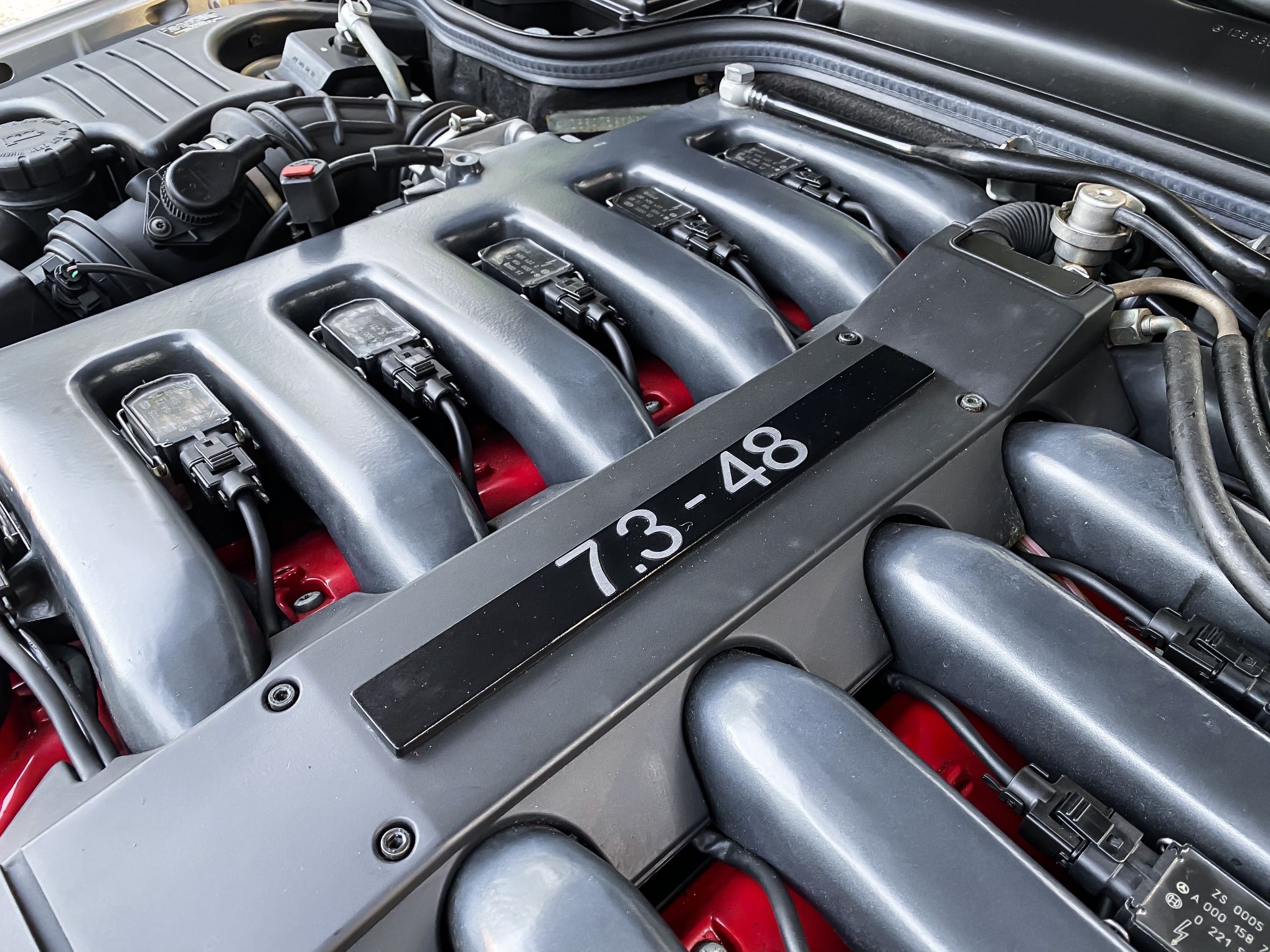 Proper routine maintenance has been observed including the very recent replacement of the spark plugs as well as a service of the convertible top.  A fresh oil change will be carried out prior to delivery and this SL600 is reported to be in like-new driving condition. 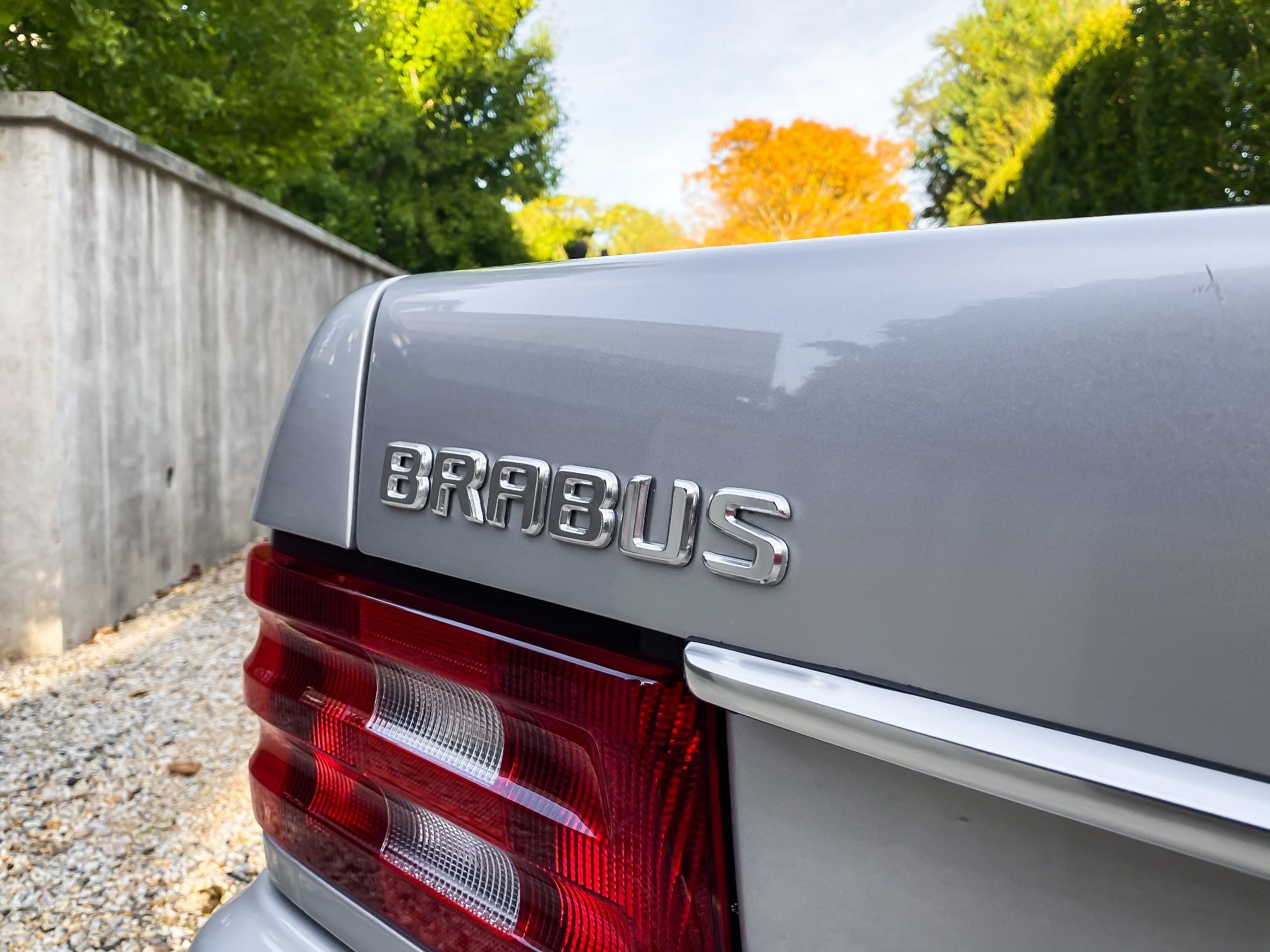 Coveted for its brute power and incredibly civilized driving experience, this very Brabus Silver Arrow was featured in a Mercedes Performance article that described it as “...a wolf in a sheep’s tailored suit – and when pushed, it’s an angry one at that”. 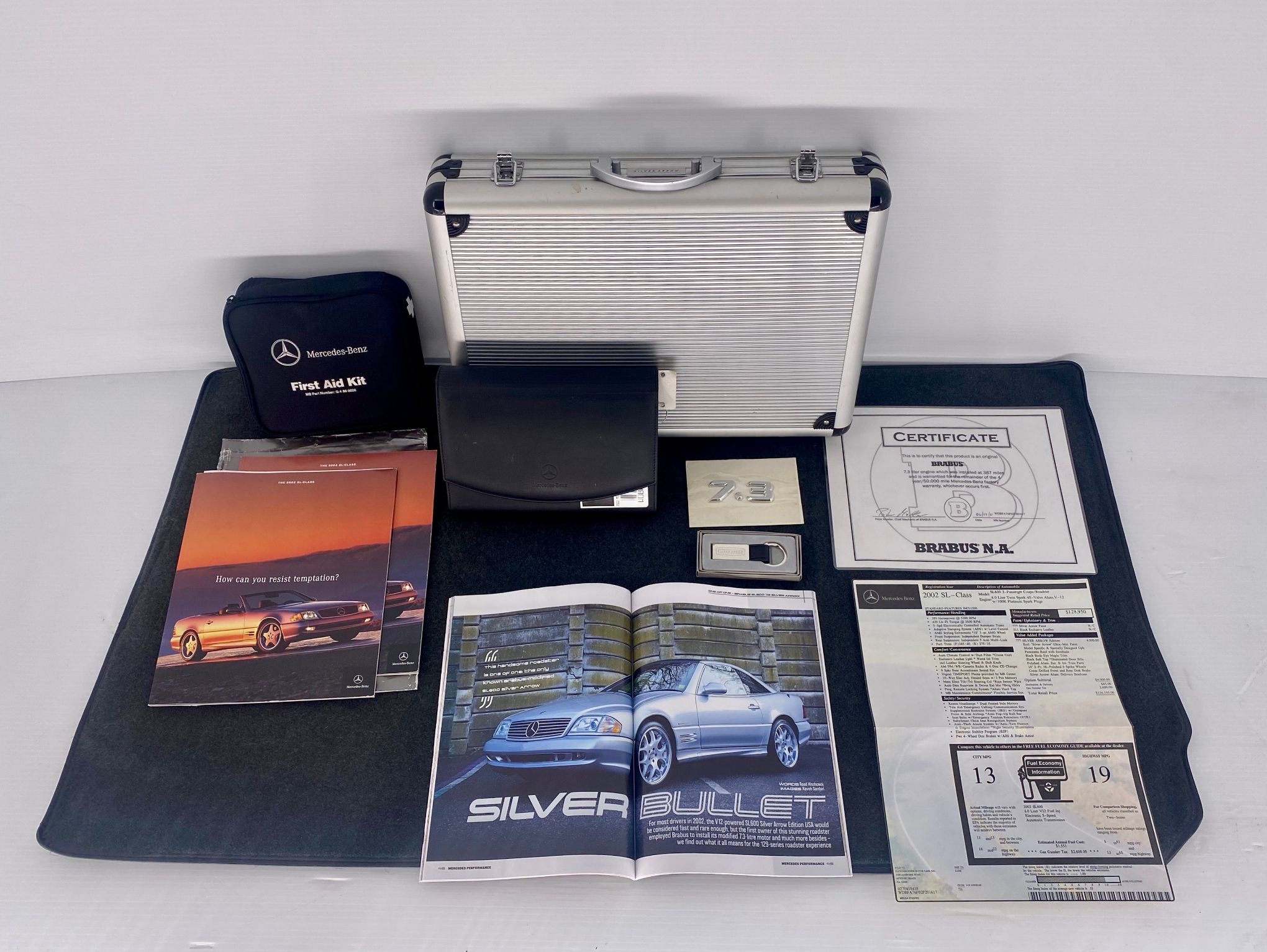 This sale will include a factory Silver Arrow aluminum delivery briefcase complete with original books and literature, a spare key fob, the original window sticker and a “Silver Arrow” keychain.  Also included will be a copy of the Brabus conversion build sheet and certificate of authenticity, a Brabus engine tag and unused Brabus “7.3” badging.  The factory Mercedes wheels will also be included along with the factory brake components and panoramic hard top.  Do not miss out on this extremely special opportunity to own the only Mercedes-Benz SL600 Silver Arrow Brabus conversion in existence.