Now available for auction is this 2003 Porsche 996 Carrera finished in Arctic Silver Metallic over a Metropol Blue interior.  In 2002, the Porsche 996 Carrera underwent a considerable update including redesigned headlights and a larger 3.6L flat-six engine.  This 2003 example was purchased new from Don Rosen Porsche in Pennsylvania and came generously optioned at an original cost of over $85k with a 6-speed manual transmission, heated supple leather seats, the Xenon Headlamp Package, the Bose High-End Sound Package, Porsche Stability Management (PSM), and Sport Exhaust System. Acquired by the current owner in 2009 at 35k miles while still under a Porsche CPO warranty, this 996 has since undergone extensive maintenance and upgrades including an LN Engineering IMS bearing, new clutch kit, rear main seal, water pump, a 997 shifter assembly, OEM 18” Sport Techno wheels, and a full RoW-spec Sport Suspension (M030).  Now showing just over 74k miles on the odometer and accompanied by a fully documented history of service, this well cared for 996 Carrera is being offered for auction by its owner out of Pennsylvania. 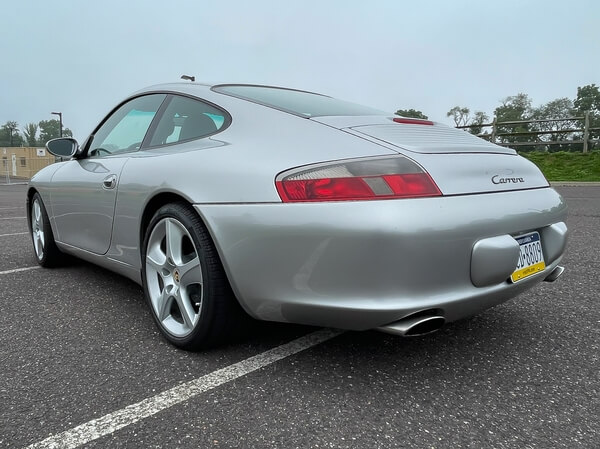 This 996 is finished in Arctic Silver Metallic and features optional Bi-Xenon headlights as well as genuine 18” Porsche Sport Techno wheels which were sourced through an authorized Porsche dealer.  The seller notes the car to have been garage kept throughout their ownership and reports that a full detail and ceramic coating treatment was performed in 2019.  The passenger side door and front hood are said to have been refinished under previous ownership to address scratches.  Some imperfections have also been noted on the door edges as well as scratches on the underside of the front bumper and a paint-blend spot on the passenger side door.  The headlight lenses are also recommended for reconditioning.  Additional images are provided in the photo gallery along with a clean CARFAX report.  The wheels are currently dressed in Pirelli P Zero Rosso N-Spec tires dated from 2017 in the rear and 2018 in front.  The tires are reported to show 7/32 tread all around. 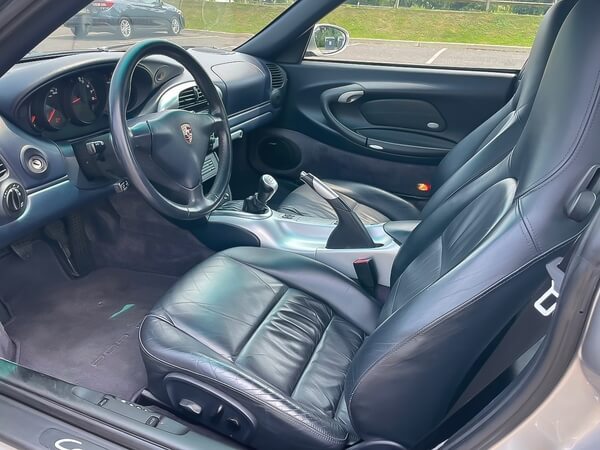 Inside, this Carrera features a beautifully appointed Metropol Blue interior with supple leather front and rear seats, the Bose High-End Sound Package, and aluminum/leather trim for the shifter and brake handle.  The optional Power Seat Package is also equipped along with front seat heating and adjustable front seat lumbar support.  An upgraded OEM aluminum-look radio surround and rear center console have been installed along with an upgraded Porsche 997 shifter assembly.  Some wear is noted on the driver’s seat bolster, driver-side door pull, and shifter.  Throughout the current ownership, many pieces were replaced with new OEM Porsche parts including the headlight switch, ignition switch, driver’s side door latch switch, and passenger window regulator.  The seller confirms all instruments and accessories to be fully functional. 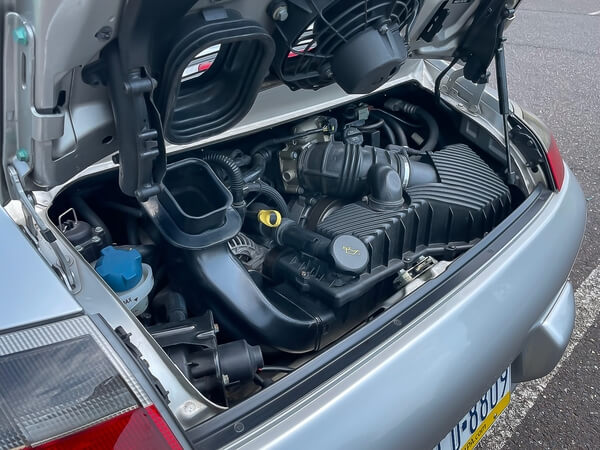 This second-generation 996 Carrera is equipped with a naturally aspirated 3.6L flat-six engine that generates as much as 320 HP and 273 lb.-ft of torque, which is sent to the rear wheels through a 6-speed manual transmission.  From the factory, this 996 came optioned with Porsche Stability Management (PSM) and the Sport Exhaust System (PSE).  The owner has also installed a factory RoW-spec Sport Suspension (M030) consisting of upgraded springs, struts, sway bars, and bushings.  An LN Engineering single-row IMS bearing upgrade has been carried out under the current ownership along with the installation of an LN Engineering spin-on oil filter adapter, magnetic drain plug, 160-degree low-temp thermostat, new clutch kit, rear main seal, air/oil separator, water pump, and engine mounts.  The following items have also been addressed at the corresponding intervals: 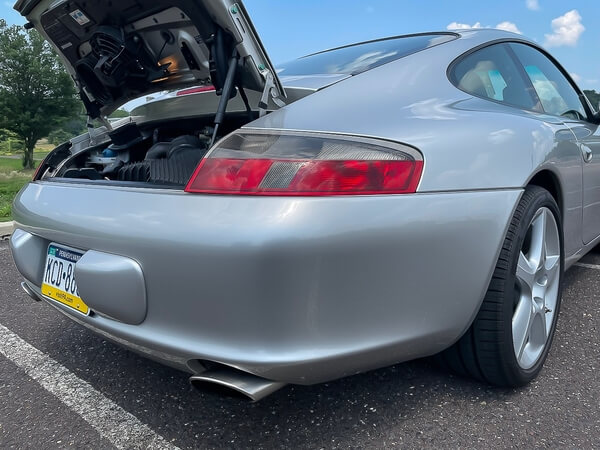 The seller notes that all major service was carried out through either an authorized Porsche dealer or the specialists at Dougherty Automotive.  A minor oil leak is reported from the passenger rear side of the engine and the brakes are said to be at 12/32 all around.  A complete collection of service records is said to accompany the sale dating back to the original purchase, and routine oil changes have been completed by the current owner every 6 months since 2009. 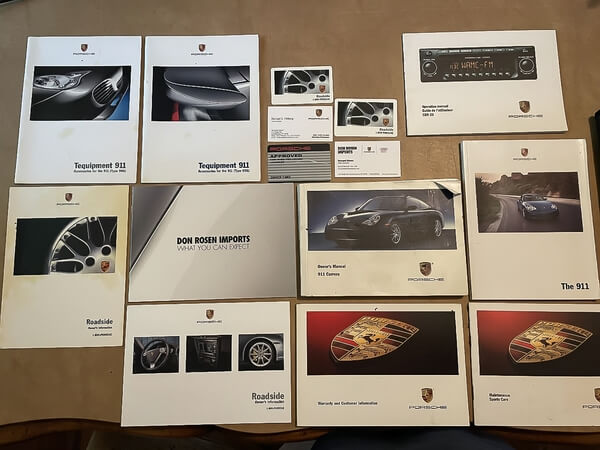 This sale will include a set of three keys, original owner's manuals, service records, and a clean title.  Meticulously maintained, tastefully upgraded, and thoroughly documented, this 2003 Carrera may very well be the Porsche 996 you have been searching for.