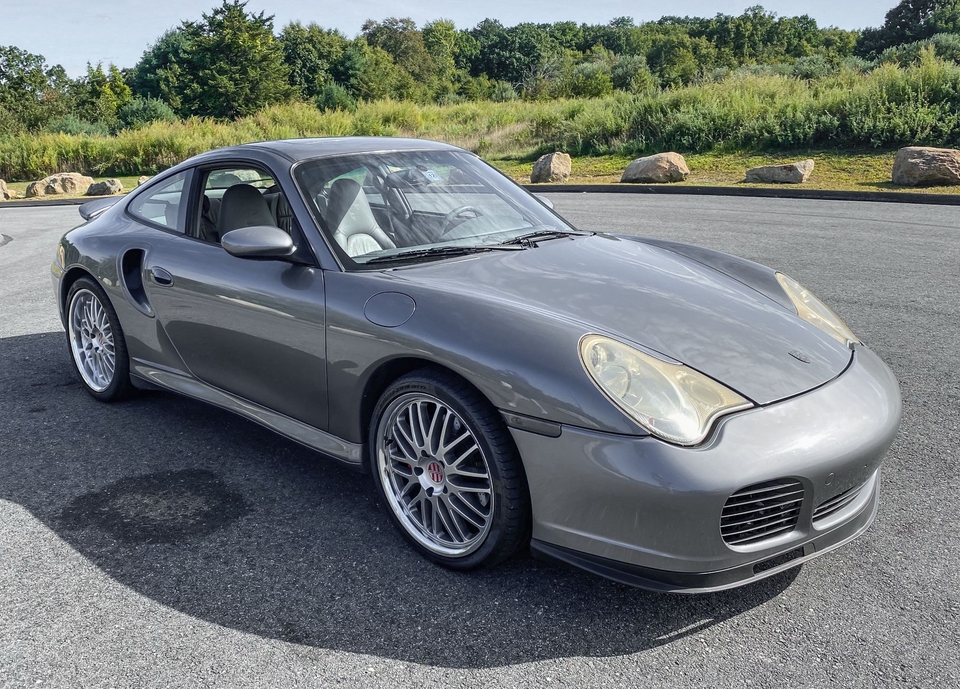 Up for auction is this 2003 Porsche 996 Turbo X50 6-speed finished in Seal Grey Metallic over a Graphite Grey full leather interior.  Powered by a legendary 3.6 L twin turbocharged Mezger engine, this 996 features the highly sought after X50 Turbo Power Kit which brings the performance up to the same level as the later 996 Turbo S.  Further enhanced by Fabspeed headers, a Fabspeed tune kit and a stage 2 clutch, this 2003 Turbo is now being offered with a branded rebuilt title by its seller in Connecticut while showing approximately 56k miles on the odometer.

The Seal Grey Metallic paint is noted to be in good overall condition and the seller indicates that the front and rear bumpers have been professionally refinished.  Some small cracks have also been noted on the rear taillight lenses as well as some yellowing on the headlights (detailed images are provided in the photo gallery).  This Turbo rides on aftermarket Victor Equipment 19” Le Mans wheels which are currently dressed in Pirelli P-Zero tires bearing approximately 1k miles of use.  The factory Turbo Twist wheels will also be included with the sale. 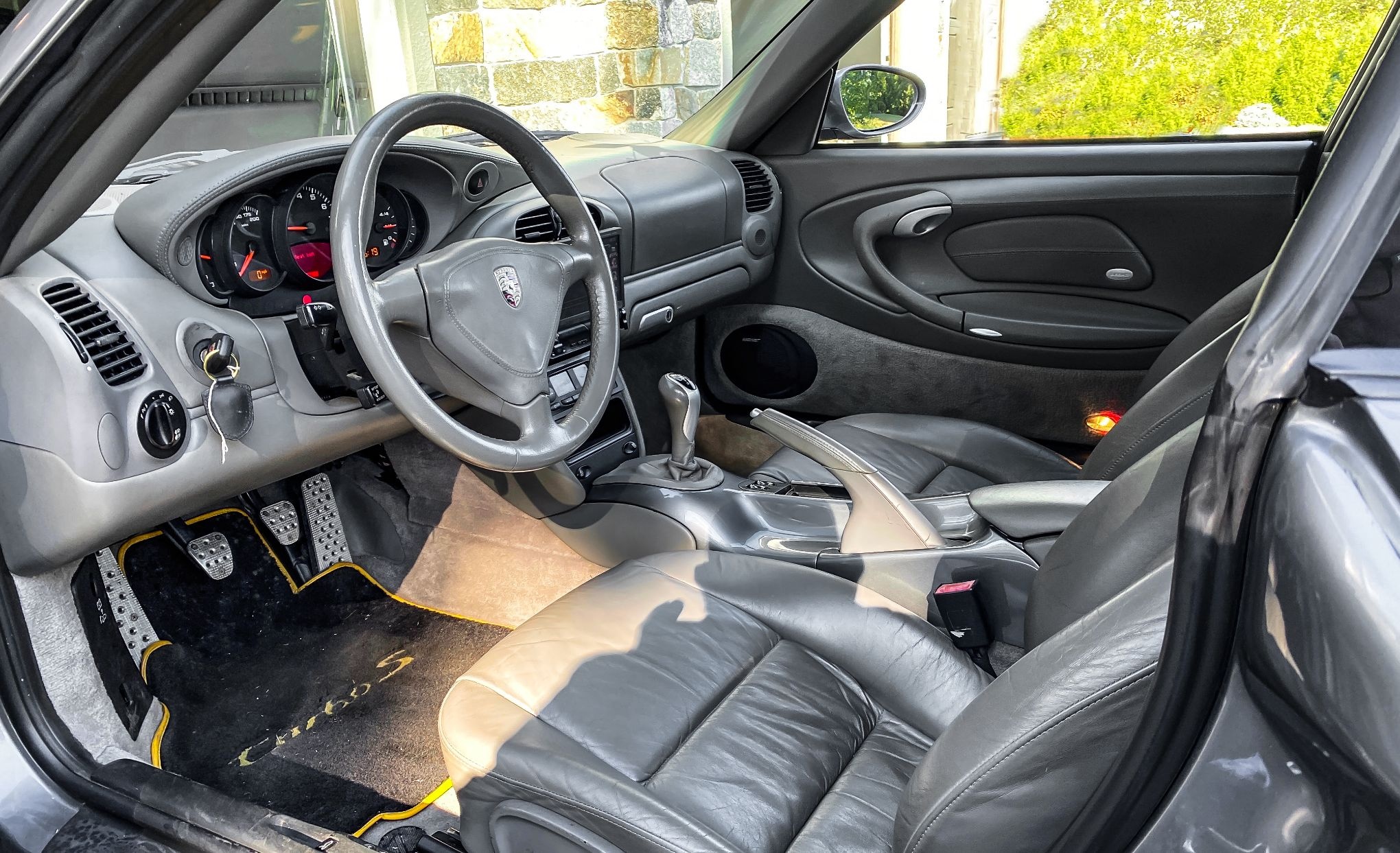 Inside, the cabin is appointed with Graphite Grey full leather as well as supple leather front and rear seats with Porsche crested front headrests.  Other exclusive factory options include heated front seats and a Seal Grey Metallic painted center console.   The sound system has also been upgraded with a Kenwood deck and a Boston Acoustic amplifier. All gauges and accessories are stated to be in good working order, although the rear spoiler occasionally causes a fault code, but remains fully operational. 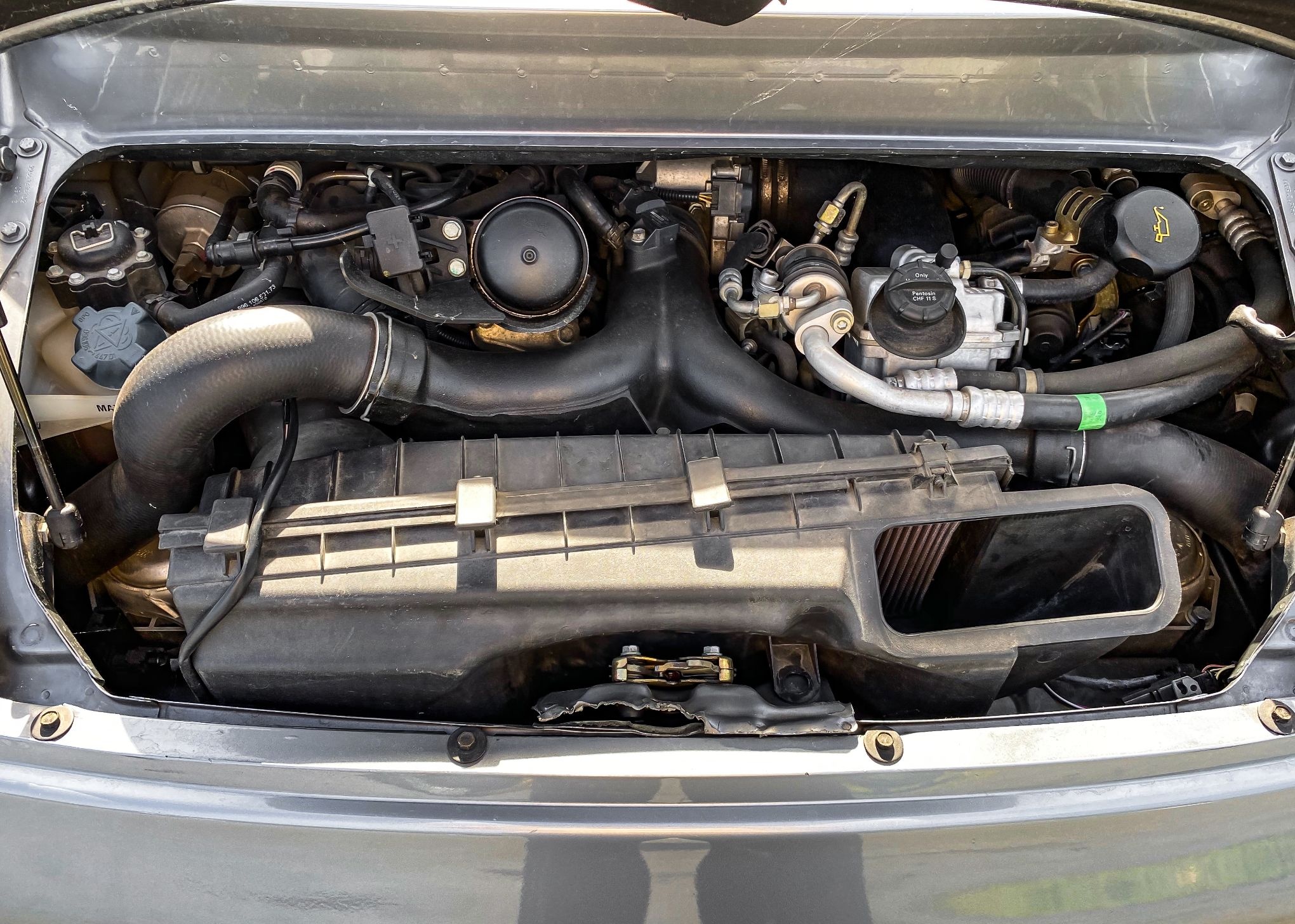 This 996 is equipped with highly revered 3.6 L twin turbocharged flat-six Mezger engine featuring the factory optional X50 Power Kit which adds a revised tune as well as larger turbochargers and intercoolers.  Rated at 444 HP stock, all four wheels are driven by way of a desirable 6-speed manual transmission allowing for a factory 0-60 time of approximately 4 seconds.  This example has also been upgraded with Fabspeed headers, a Fabspeed tune kit, a stage 2 clutch and a performance air filter which provide for increased power output and sound.  After being issued a salvage title in California following collision damage in 2013, this 996 eventually made its way to Vermont where it was repaired and issued a branded rebuilt title. Recent service items include a new water pump, new suspension components and new spark plugs as well as a fluid and filter service.  The seller confirms this 996 Turbo to be in excellent driving order, only in need of a new battery. 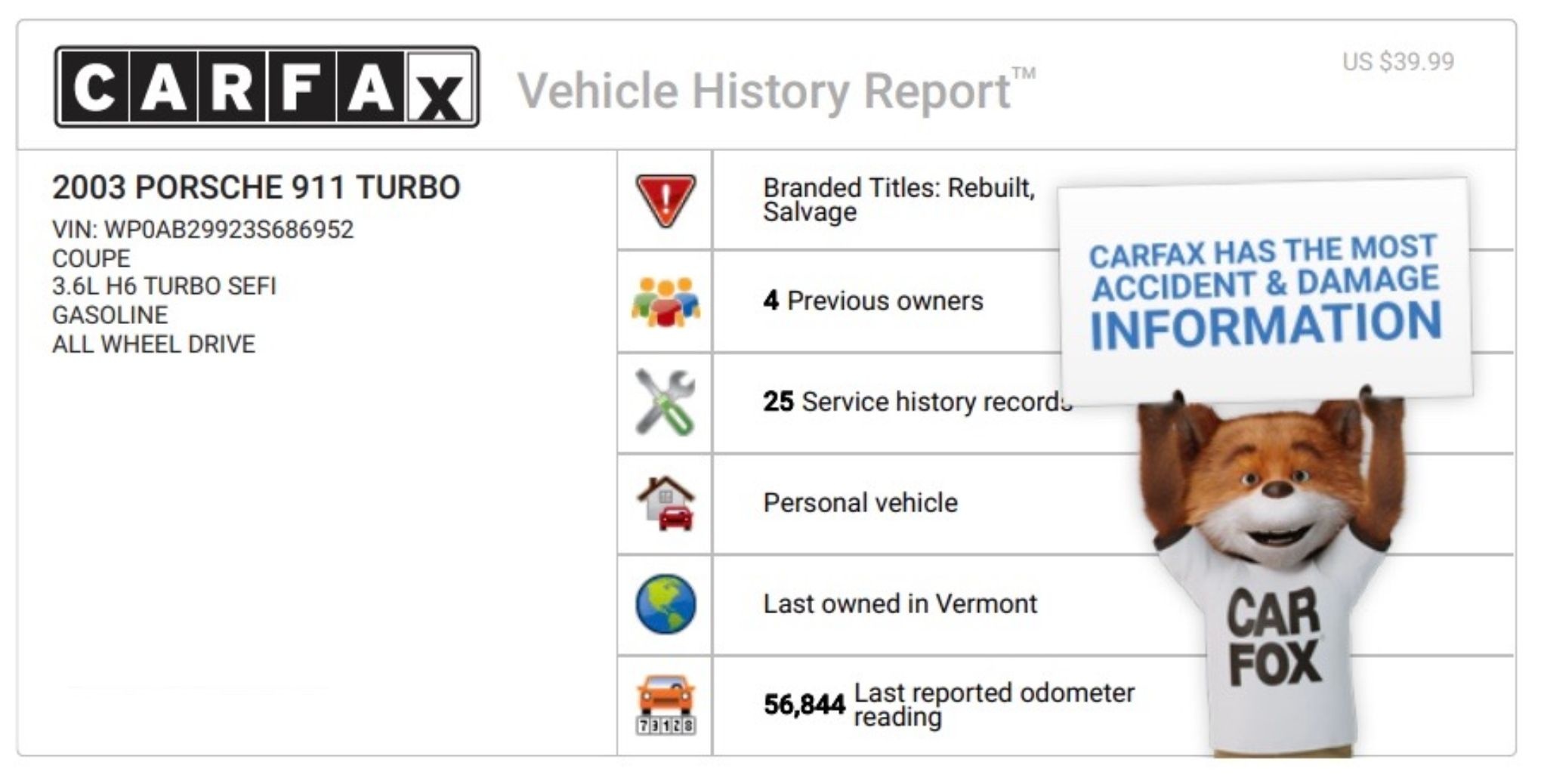 This sale will include one key, the factory Turbo Twist wheels, owners’ books and a branded rebuilt title.  Highlighting an X50 Power Kit, 6-speed manual transmission and additional performance upgrades, this 996 Turbo offers an incredible value.