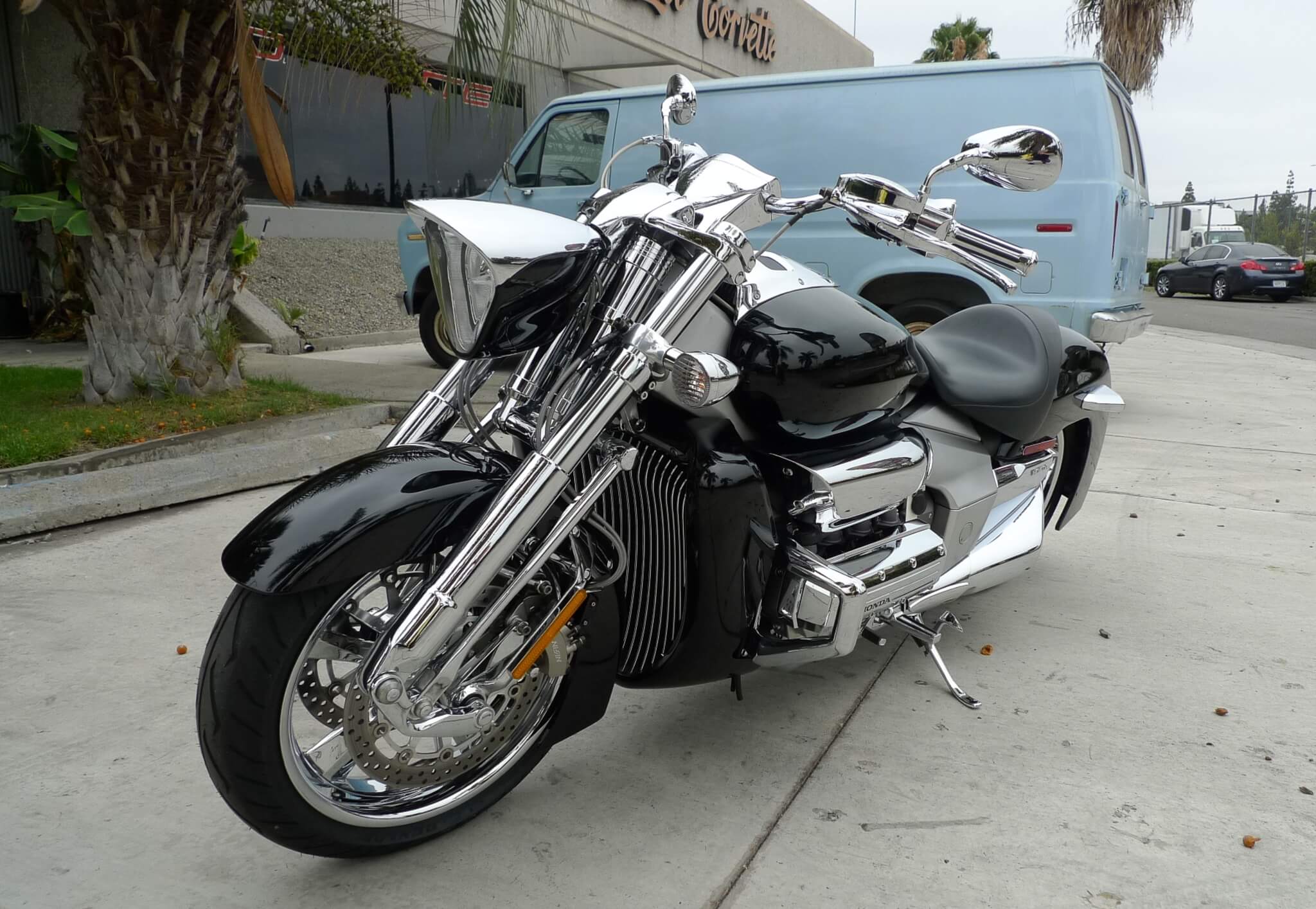 The Honda Valkyrie Rune was a special edition custom motorcycle that debuted in 2003, and was said to be based on the Honda Type 2 Concept released in 2000 at the Cycle World show in Long Beach, California. Based on the GL1500C, the Valkyrie Rune is powered by a modified version of the 1832 cc liquid-cooled flat-six engine found in the Gold Wing GL1800, and equipped with a “trailing link” front suspension, and a Unit Pro-Link rear suspension derived from the RC211V MotoGP bike. This 2004 example is finished in black with chrome accents and was purchased new in 2004 before being sold to the second owner in 2007. Showing approximately 2,185 miles on the odometer, this Honda Valkyrie Rune is now being offered at auction by the seller based out of California. 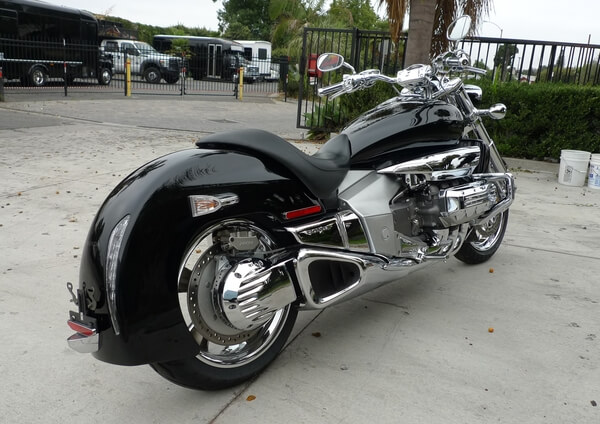 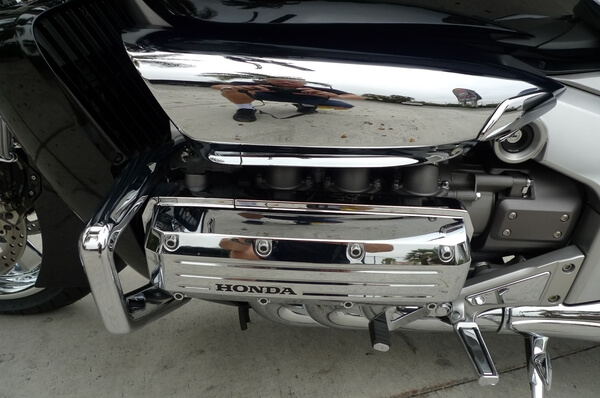 The Rune is powered by a 1832cc liquid-cooled flat-six based on the same powerplant as the Honda Gold Wing GL1800, with 6 32mm throttle bodies, more agressive camshafts, retuned fuel injection and injection timing maps, a larger 6.9L airbox, and a unique exhaust system. Up to 118 HP and 121 lb.-ft of torque are sent to the rear wheel by a 5-speed shaft-drive manual transmission, allowing the Rune to reach speeds of over 120 MPH. The Rune is equipped with 2 330m floating disc brakes and three-piston calipers in the front, and a single 336mm disc in the rear with a two-piston caliper. The seller reports the braking system was flushed in July of 2022, in addition to an oil and filter change. 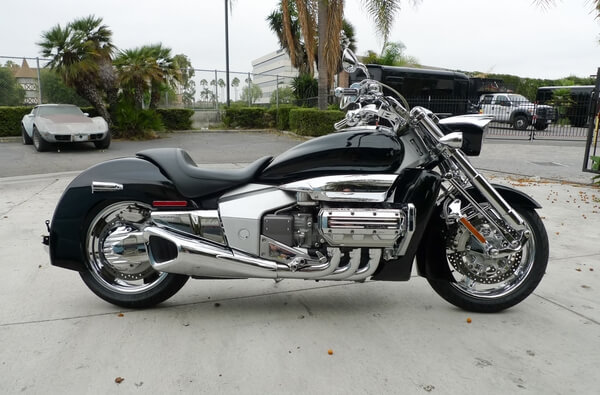 This sale will include 2 keys, owner’s manuals, a Honda coffee table book, and a letter from Honda congratulating the original owner.