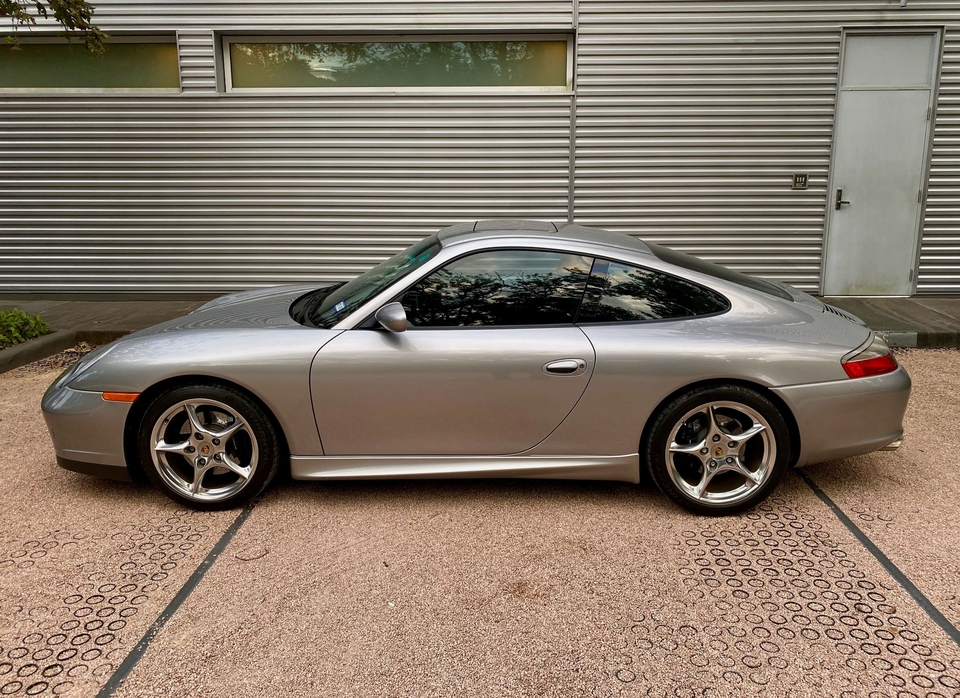 Up for auction is this limited production 2004 Porsche 996 Carrera Coupe 40th Anniversary.  The 40th Anniversary year of the 911 was 2004, which happened to fall during the final production year of the 996 model.  As a result, Porsche decided to build a very special car to celebrate this milestone.  This example was purchased new for a collection based out of Albuquerque, NM.  It eventually made its way to Texas where it currently resides.  In 2015, the current owner purchased the vehicle and has only driven approximately 2200 miles in his four years of ownership.  It is now being offered in excellent mechanical and cosmetic condition with only 29k miles showing on the odometer. 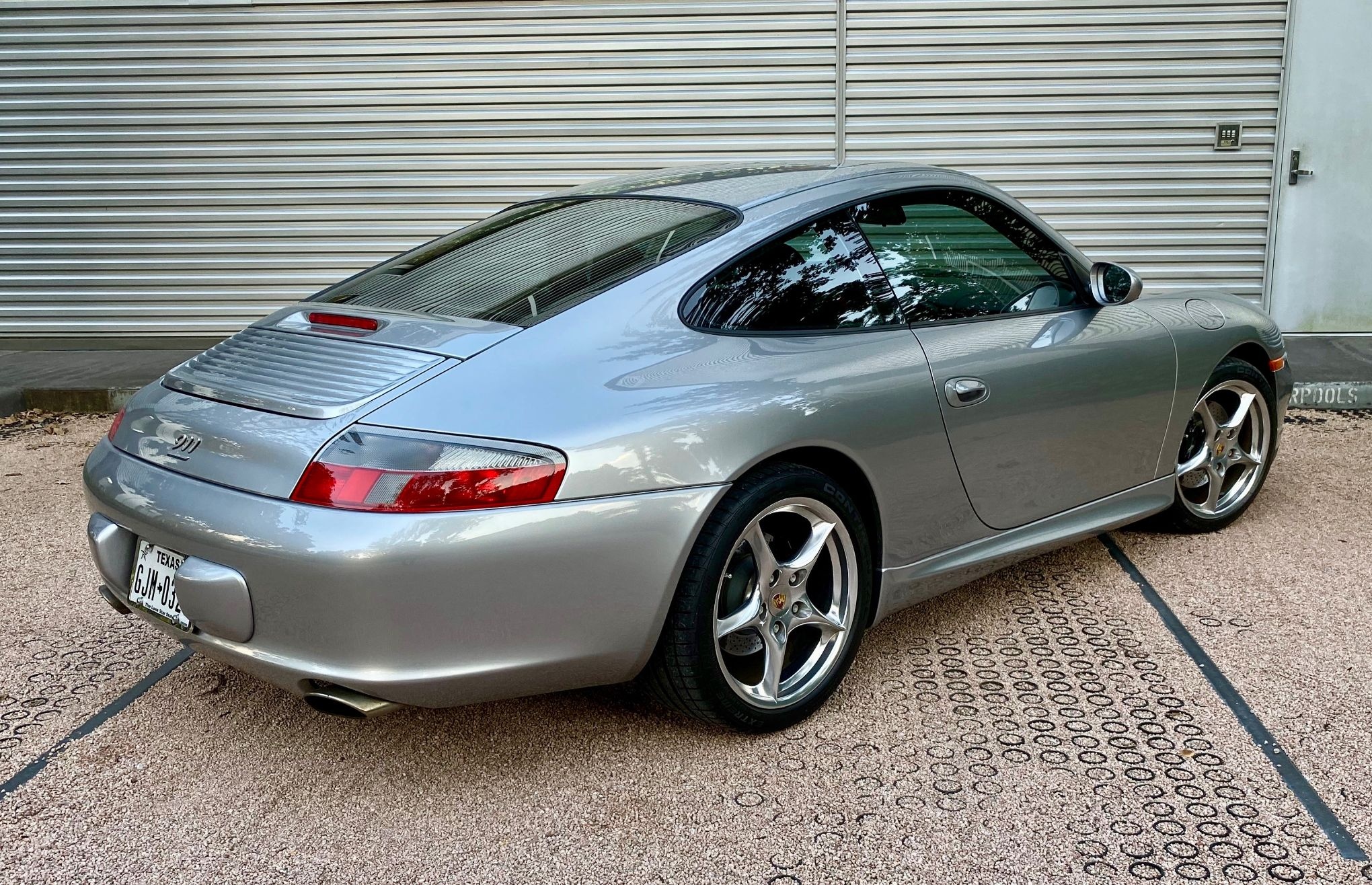 The 40th Anniversary 996 comes loaded with unique features and style cues that separate it from the rest of the 996 line up.  For instance, each car received a build number and was finished in GT Silver (first used on the Carrera GT of the same year).  The body itself offered special enhancements such as the aero/GT3 rocker panels, Turbo front bumper with painted grills, special high-gloss wheel finish, and bespoke badging. 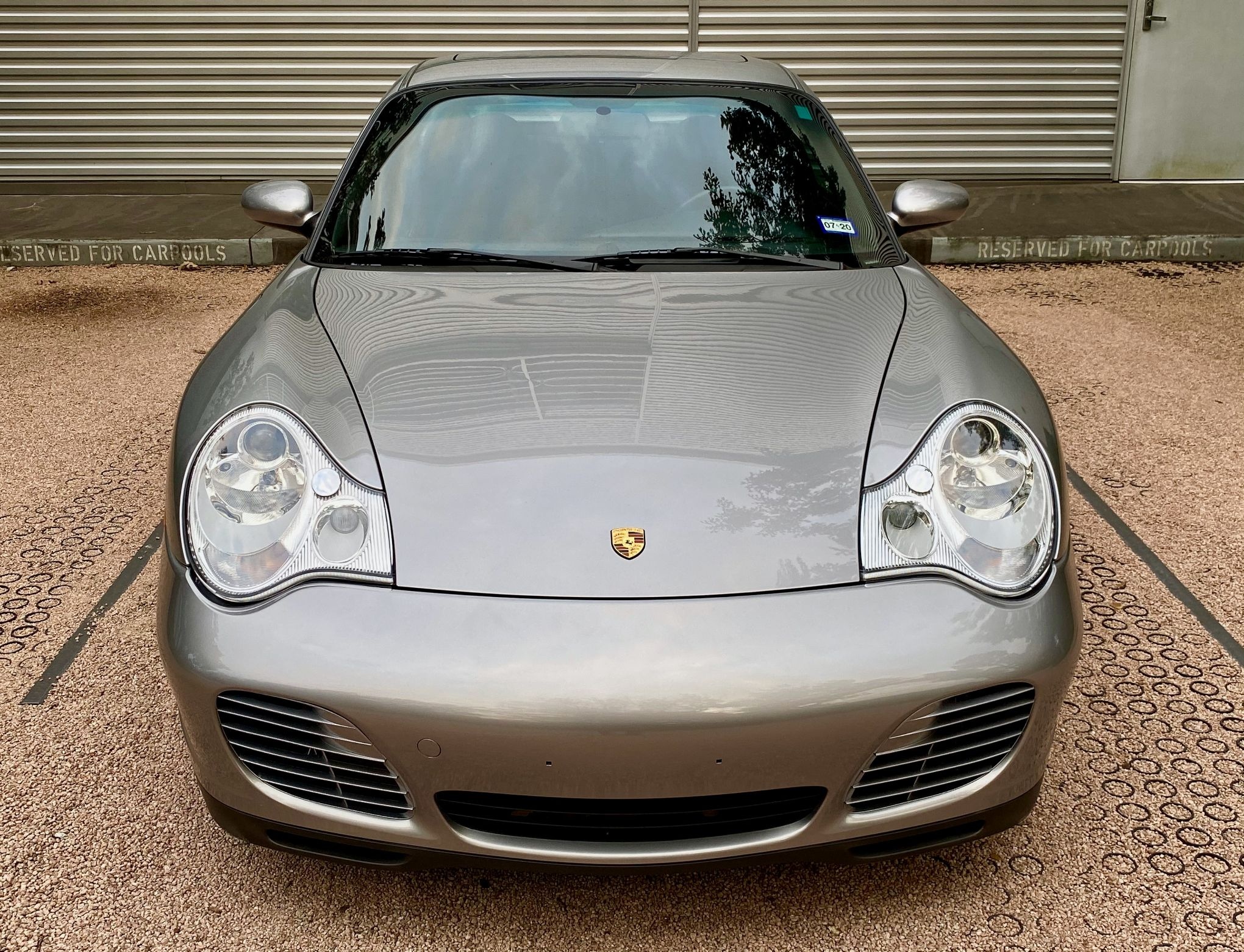 This garage-kept example is said be in excellent overall condition with only a few noted flaws including a couple of small chips on the front-end as well as a small scrape mark on the front bottom plastic spoiler.  According to the Carfax, there was an accident reported in 2007.  According to the seller, the dealer whom he purchased the car from noted that this incident was caused by hitting a road barrier.  The selling dealer claimed that damage was only caused to the front bumper.  The seller feels confident that this car was never involved any kind of major accident, and will be having a independent inspection performed within the next few days.  The inspection will be added to the listing as soon as it is available. 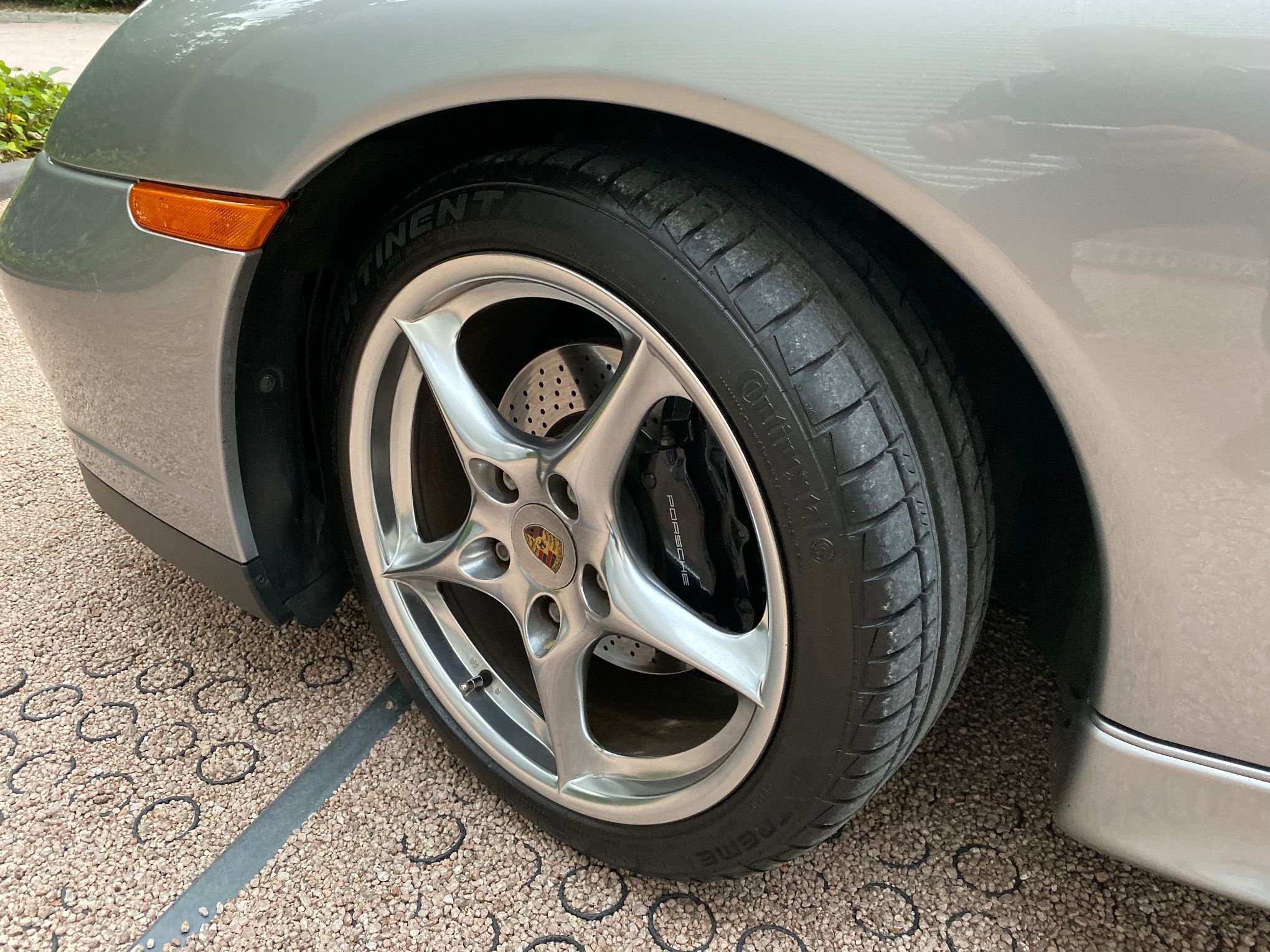 Currently installed are a set of factory 18” alloy wheels that currently wear a set of Continental Extreme Contact tires. 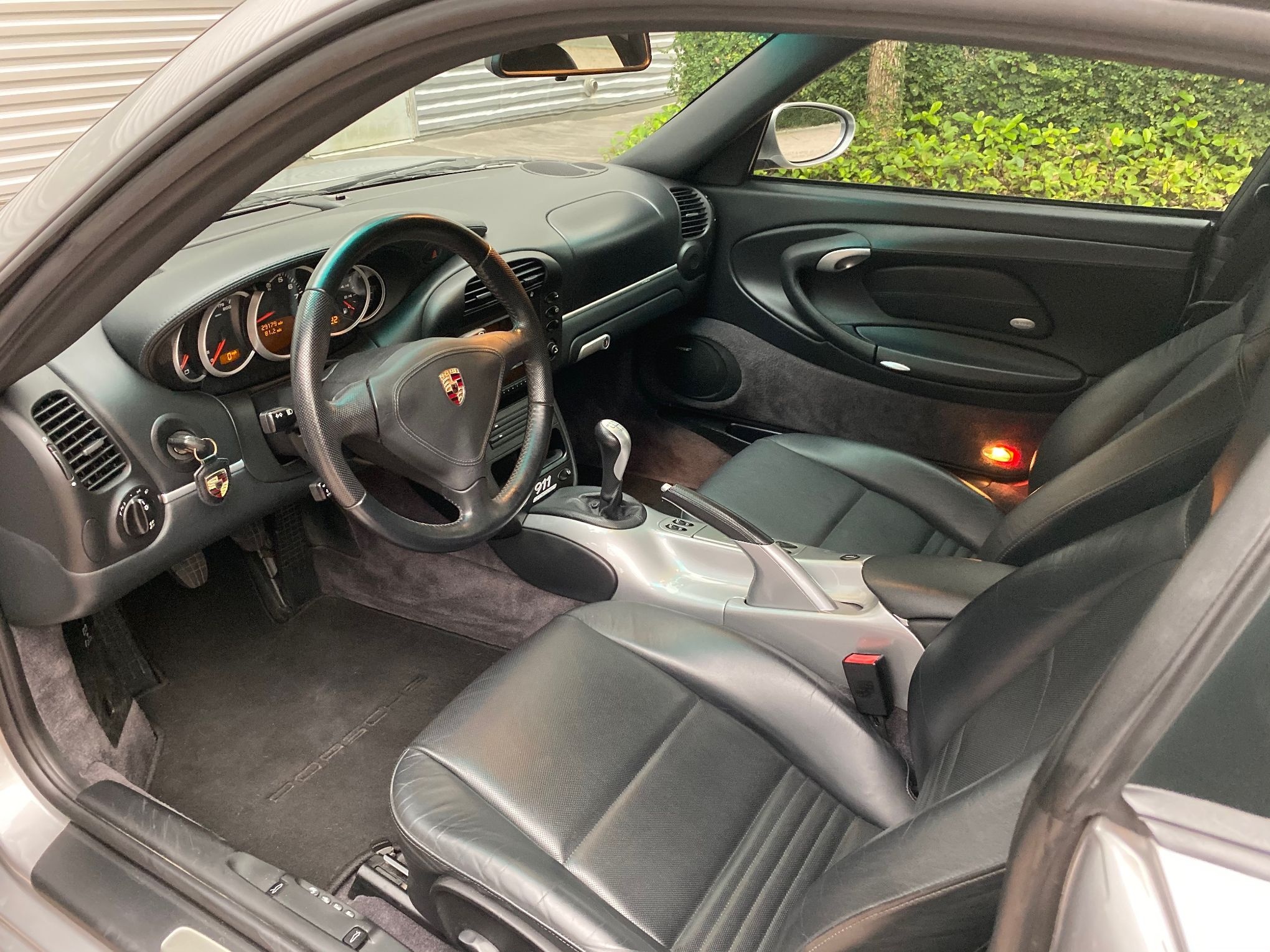 The bespoke black leather interior also shows to be in excellent condition with minimal wear.  The 40th Anniversary theme is carried throughout the interior with special design elements such as:  full special textured leather seats (X99), #262/1963 badge, GT Silver painted tunnel console, and more. When delivered new, this 911 carried an MSRP of over $92k.  In addition to the long list of standard extras that come with the Anniversary model, this particular example was ordered with a Bose sound package, power comfort seat Package, and a CD changer. 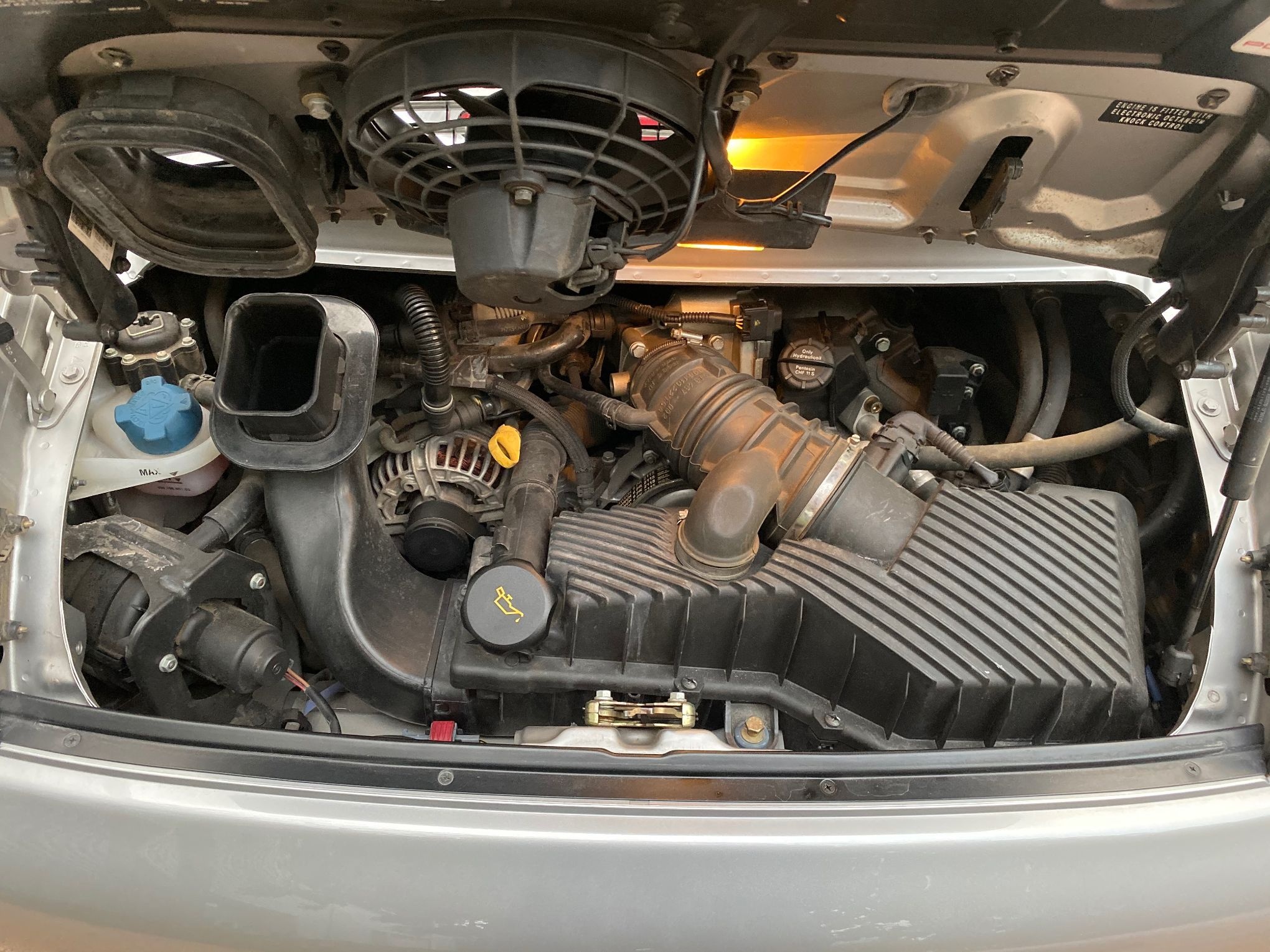 The Anniversary car continues to deliver, this time in the form of performance thanks to the coveted X51 package.  This factory option included a 3.6L flat-six engine with cast aluminum GT3 intake manifold, larger headers, upgraded cam shafts, and modified cylinder heads, help the car achieve approximately 340HP, nearly 25HP over the standard model.  A 6-speed manual transmission delivers power to the rear wheels and is said to shift smoothly.  All service is said to be up-to-date.  The seller also states that all service work, has been properly performed at Swiss Garage in Houston, TX. 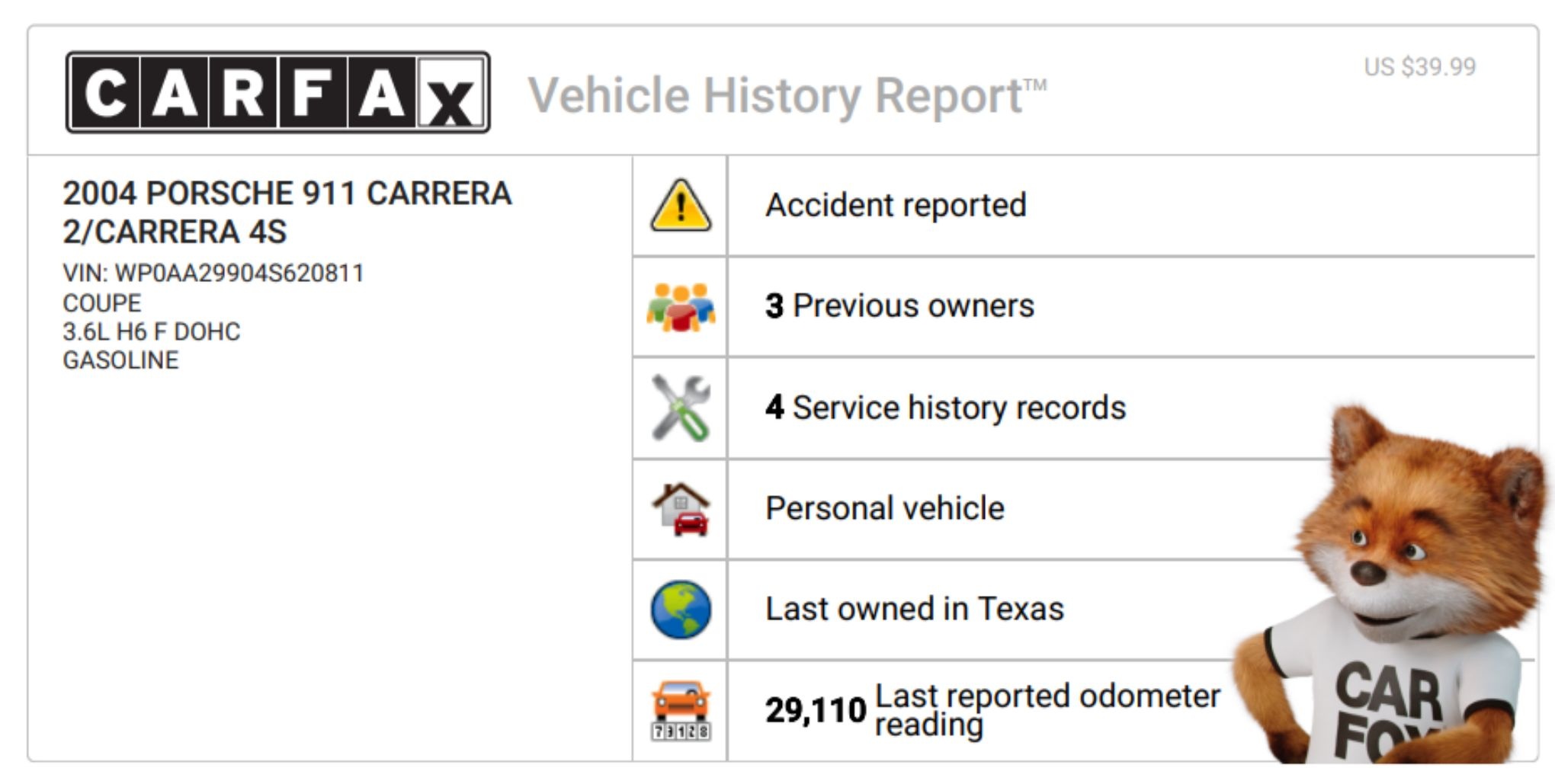 The sale will include all factory books, Porsche certificate of authenticity and 2 keys.  Don't miss your opportunity to own this significant piece of modern Porsche history.