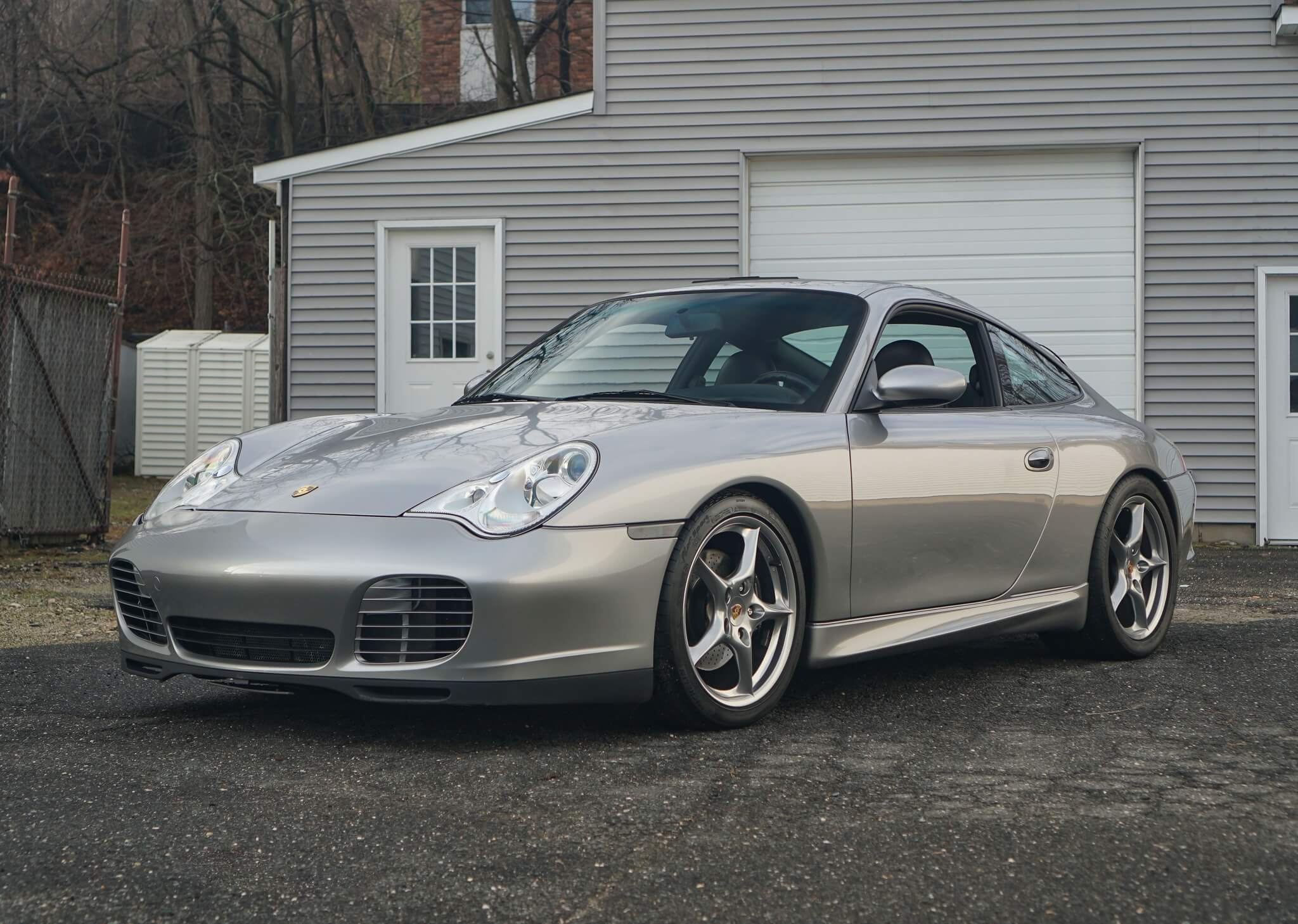 One of the most collectible models of its generation, the 40th Anniversary 996 debuted in 2004 to commemorate 40 years since the introduction of the first 911 in 1963. A total of 1,963 units were produced featuring a GT Silver Metallic finish over a Natural leather interior, the front fascia of the 911 Turbo, a limited-slip differential, Sport Suspension, the X51 Power Kit, special polished wheels, and other unique details. Accompanied by extensive documentation, this rare 996 is now being offered for auction by its seller out of New York showing approximately 35k miles on the odometer. 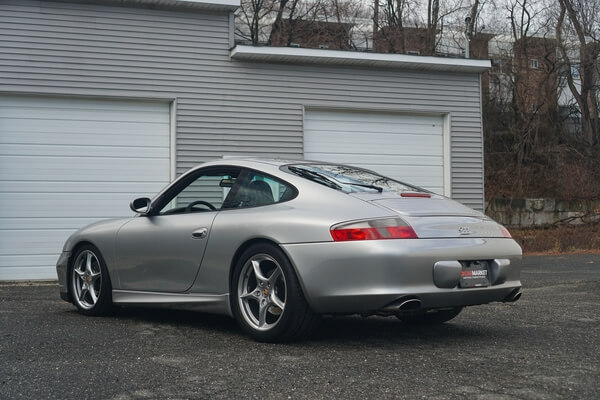 Finished in GT Silver Metallic, the 40th Anniversary 996 features unique styling cues that separate it from the rest of the 996 lineup, sporting a front fascia from the Turbo, GT3-style flared rocker panels, polished exhaust tips, and 18” Carrera II lightweight polished wheels. Additionally, a special ’40 Jahre 911” designation is fitted to the rear decklid. An optional rear window wiper is fitted, and a modification includes European-spec clear marker lights. The exterior is shown to remain in excellent condition, and the front bumper was refinished following minor cosmetic damage in 2009. Additionally, Ceramic Pro paint protection film was applied to the front end and all four wheel arches at the end of 2011, and records show that X-Pel paint protection film was applied to the hood and minor road wear was addressed with polishing and slight touch-ups in 2013, further minor touch-ups were performed in 2016, and a full ceramic coating in 2017. A remote power-retractable front license plate has been also been installed. Detailed images are provided in the gallery along with a CARFAX report and extensive documentation. 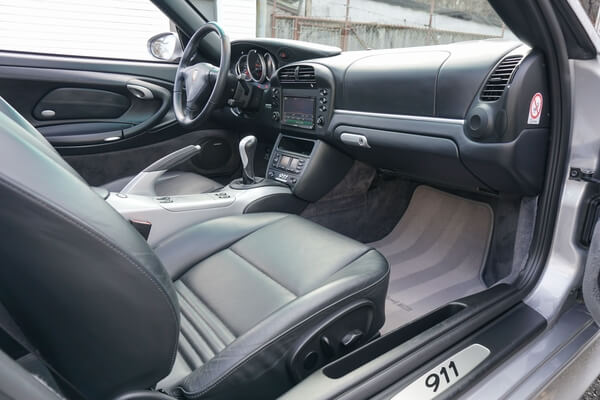 The interior is appointed with Natural Grey leather and features the optional matching floor mats and Comfort Seats with Power Package. Exclusive 40th Anniversary Edition details include aluminum-finished instrument dial rings, an Alcantara headliner, door sills with the “911” insignia, and a console limitation plate bearing the car’s limited-edition number of 576. This Carrera has been upgraded with a double-bin pocket above the head unit, a Kenwood Excelon 7” touchscreen radio head unit with a rear backup camera, a Hertz speaker set, and an Audison amplifier. 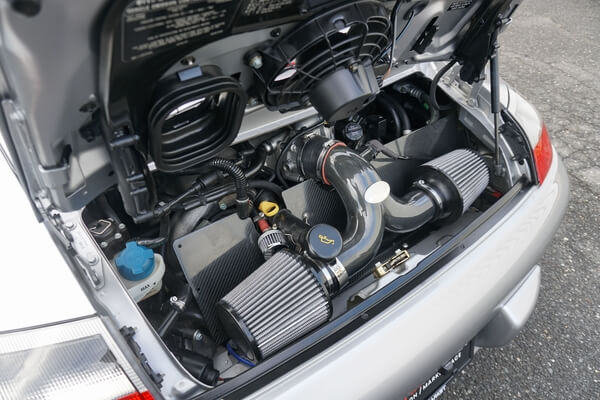 The 996 40th Anniversary Edition is equipped with the Exclusive X51 Power Kit which brings the output of the 3.6-liter flat-six engine up to 345 HP, an increase of 25 HP over the standard 996 Carrera.  The rear wheels are driven by way of a 6-speed manual transmission which provides a 0-60 time of approximately 4.5 seconds. The X51 Power Kit includes a valvetrain upgrade, cast-aluminum intake manifolds with a modified cross-section, and a remapped engine tune.  This special edition also comes standard with Turbo radiators, a limited-slip differential, and Sport Suspension. An upgraded Öhlins coilover suspension was installed, along with Fabspeed headers, X-pipe, catalytic converter, mufflers, and EVOMS ECU Tune installed in 2014.  The seller has provided email correspondence with the previous owner stating an IMS-bearing upgrade and Fabspeed upgrades including high-performance headers, cold air intake, exhaust, 82mm throttle body, and an updated ECU, although no invoice is available. Routine maintenance has been carried out by authorized Porsche dealers, as shown in the CARFAX report. Extensive service history dating back to 2012 is provided in the gallery. 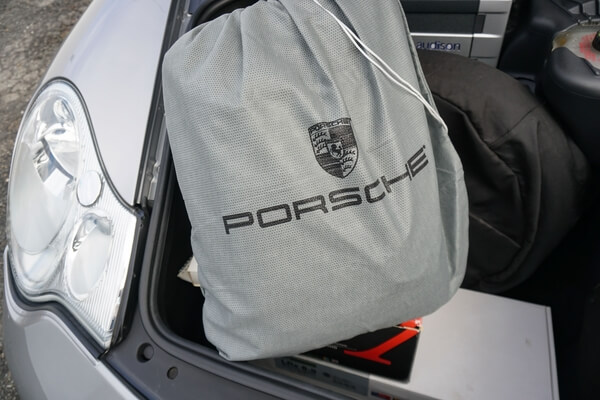 This sale will include a clean title, a window sticker, and extensive documentation.