We are pleased to present this low-mileage 2004 Porsche 996 GT3 finished in Arctic Silver Metallic over a black leather interior.  Commonly regarded as one of the best driving Porsche’s of all time, the 996 GT3 is sought after for its race-derived Mezger flat-six engine and visceral driver-oriented characteristics. This particular GT3 features a handsomely appointed interior with Exclusive options including painted hardback Sport Seats with Porsche crested headrests. This 2004 example was delivered new from McDaniels Porsche of South Carolina and was eventually purchased by its current owner in 2006 at less than 1k miles. The car stayed with the current owner in California up until his relocation to Tennessee in 2013 where it remains today.  Meticulously cared for and described to be in highly original condition, this 996 GT3 is now being offered for auction by its longtime owner with just over 4k miles showing on the odometer. 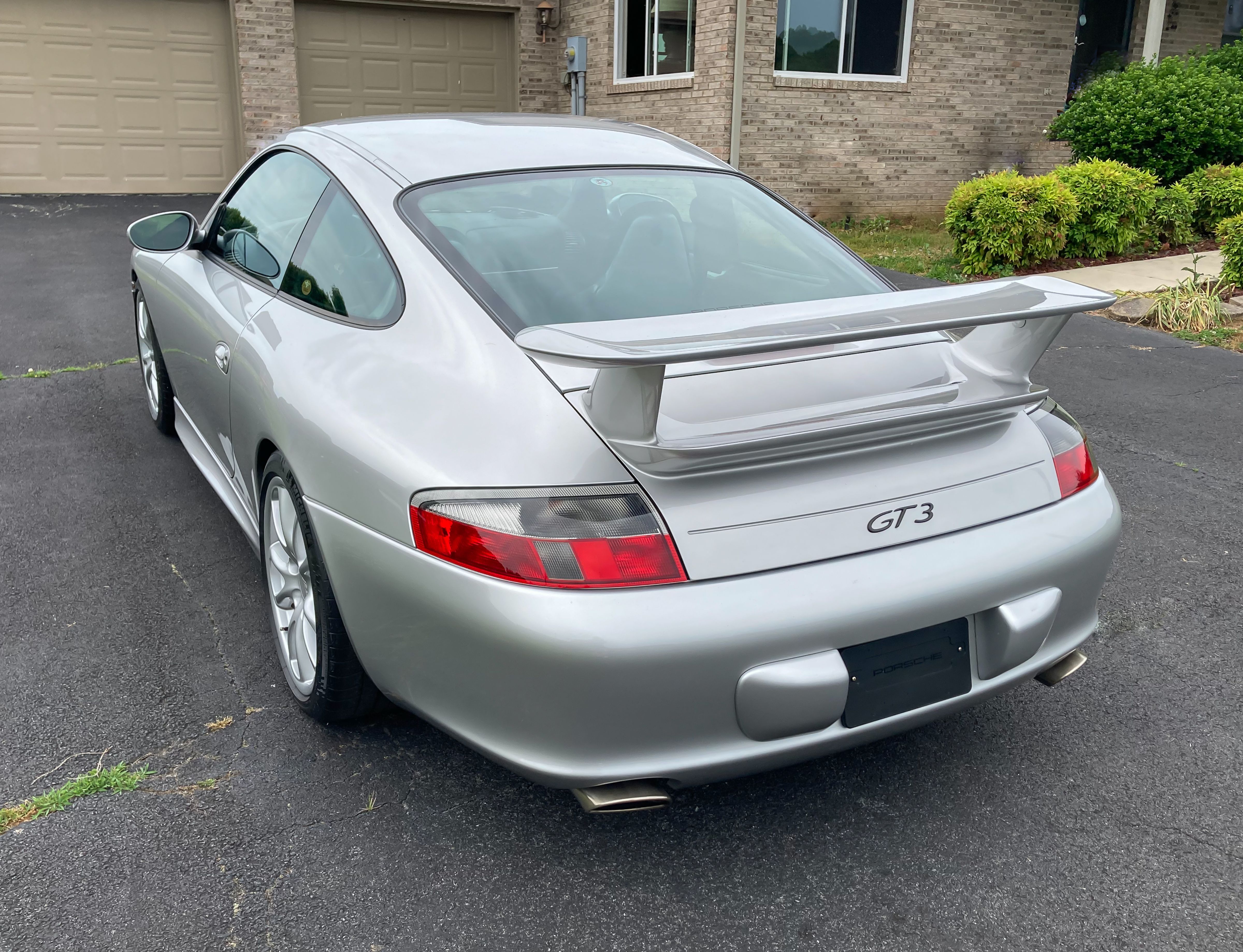 This GT3 is finished in Arctic Silver Metallic, and the seller notes the car to have been preserved in outstanding condition with the intent of keeping it as a time capsule. It has been displayed in various car shows and is reported to have never been subjected to the rain, detailed images are provided in the gallery along with a clean CARFAX report. In 2003, the GT3 received its first update consisting of sharper new headlights, redesigned wheels, and aerodynamic revisions including a newly designed rear wing. This example is equipped with the optional Xenon Headlamp Package and retains factory 18” GT3 alloy wheels dressed in their original Michelin Pilot Sport tires. 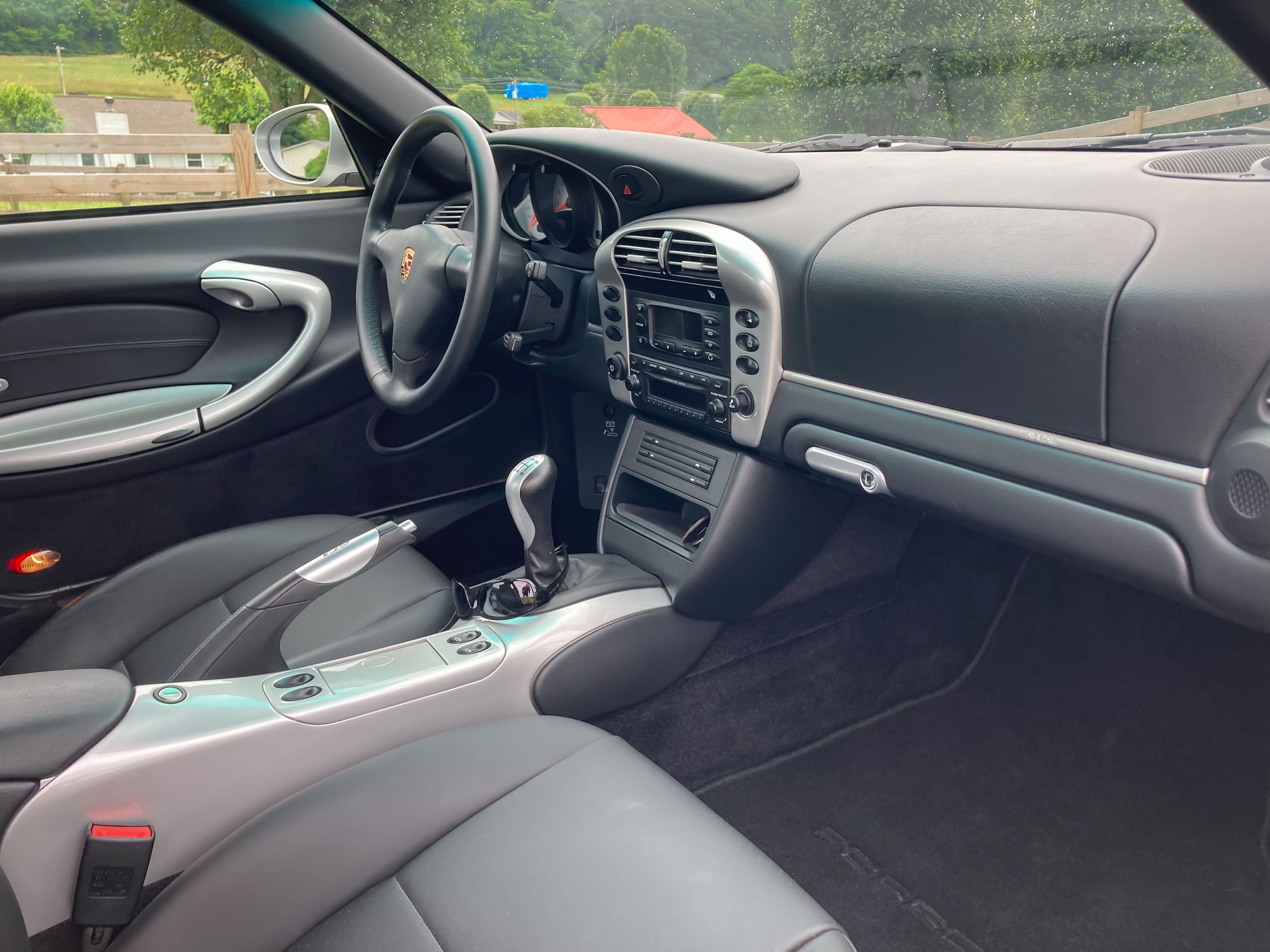 This 996 GT3 carries a naturally aspirated 3.6L flat-six Mezger engine utilizing a race-derived design and dry-sump lubrication system.  For the 2003 update, engine output was increased to 380 HP and 284 lb.-ft of torque. The rear wheels are driven by way of a 6-speed manual gearbox allowing for a 0-60 time of just over 4 seconds and a top speed of 190 MPH. The seller notes that the fuel pump and fuel gauge sending unit have been recently replaced and that an oil, filter, and brake fluid service were carried through Harper Porsche in June of 2020. Records are said to accompany the sale showing routine maintenance throughout the seller's ownership and additional photos of the engine and undercarriage are provided in the photo gallery. 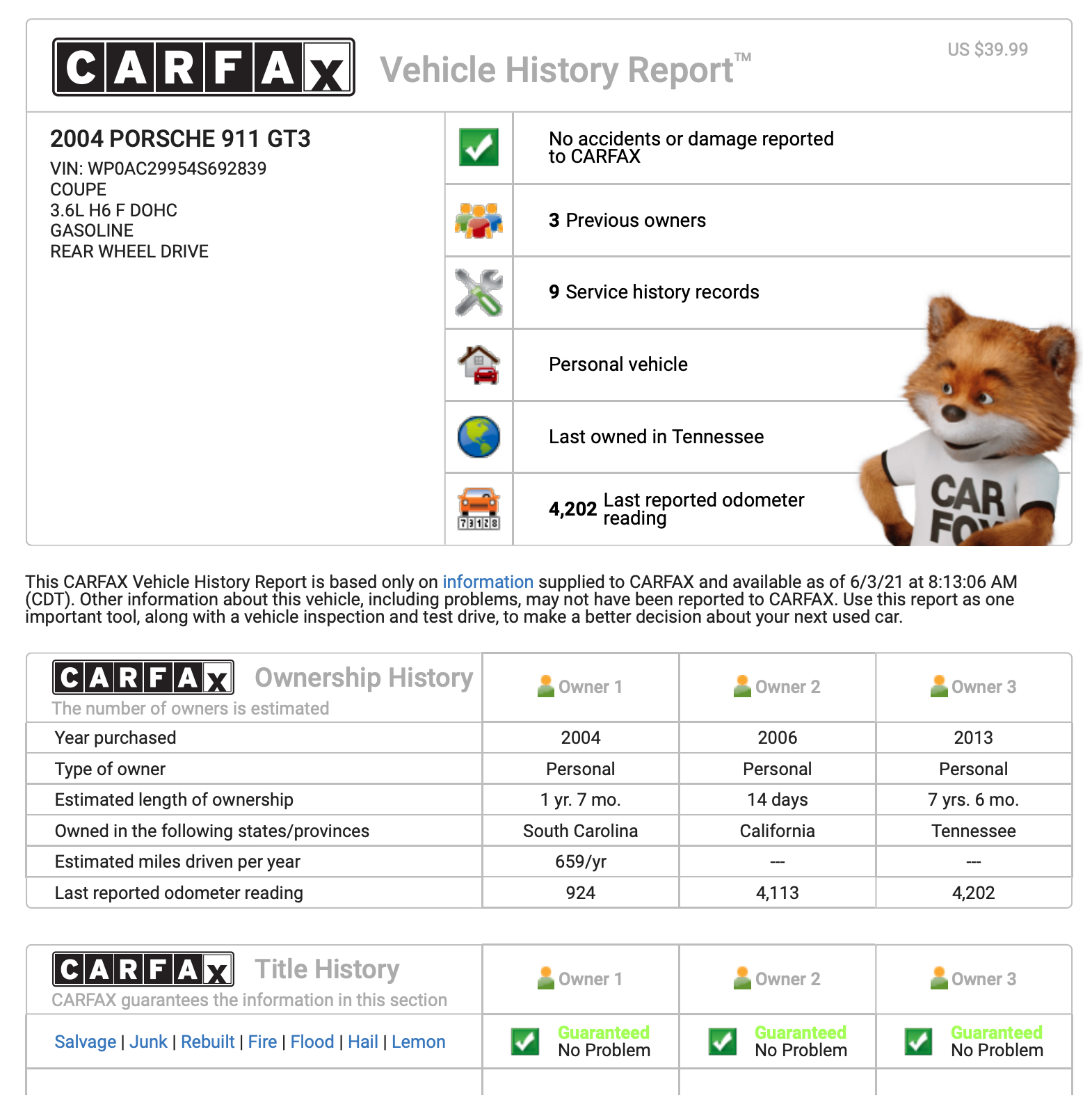 This sale will include a set of two keys, the original window sticker, owner's manuals, tools, and a clean title. One of Porsche’s most revered GT cars, this exceptionally well preserved and generously optioned 996 GT3 will make an excellent choice for any discerning Porsche collector.