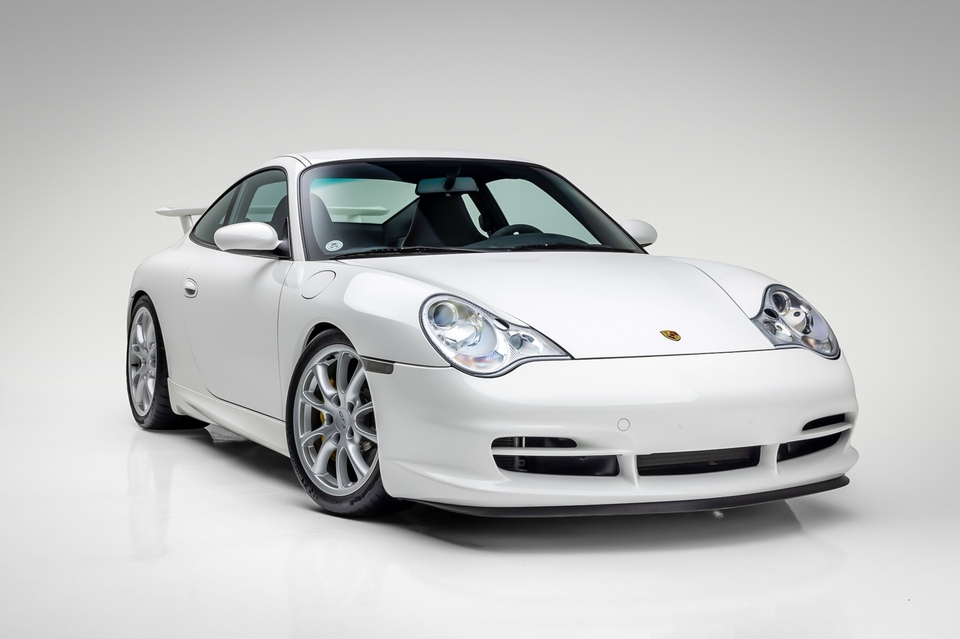 We are pleased to present this 2004 Porsche 996 GT3 finished in Carrara White.  Named for the FIA racing class for which it was designed as a homologation vehicle, the 996 GT3 is sought after for its race-derived Mezger flat-six engine and visceral driver-oriented characteristics.  Representing the second phase of development for Porsche’s original GT3 model, this 2004 example was generously equipped from the factory with Porsche Ceramic Composite Brakes (PCCB) and a premium Grey Natural Leather interior with Custom Tailoring.  Prior to the seller’s recent acquisition, this GT3 had spent its entire life under the care of the original owner in Florida, being used almost exclusively as a show car.  It is said to have won every Concours d’Elegance event in which it has been entered and was also featured as a display car at both the 50th Porsche Parade in Hershey and Rennsport Reunion III at Daytona Speedway.  A truly exceptional example with just over 9k miles showing on the odometer, this 996 GT3 is now being offered for auction by its seller out of California. 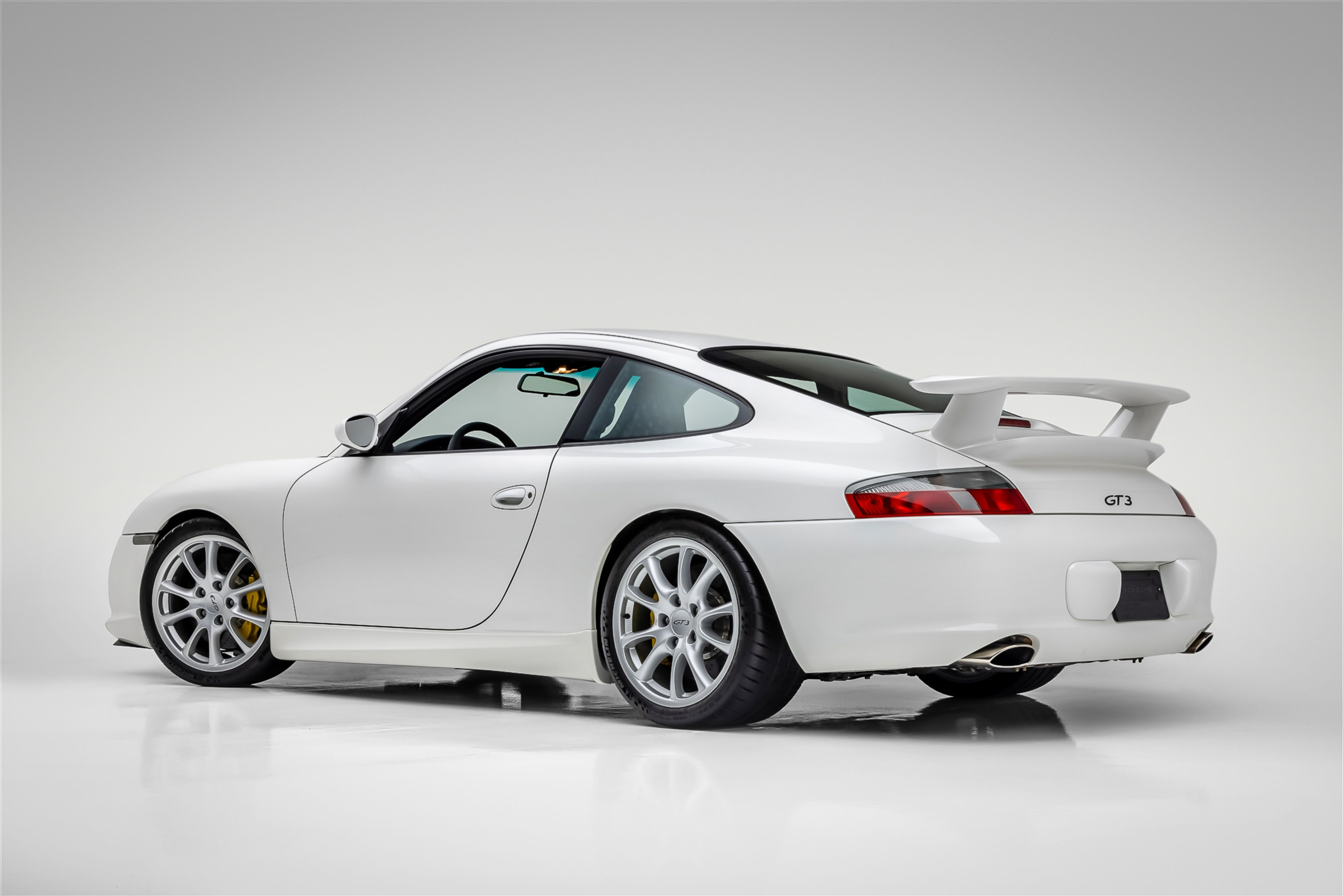 This GT3 is finished in the nonmetallic shade of Carrara White and the seller notes the car to have been preserved in outstanding original condition while never being subjected to track use.  The car is also reported to have been fitted with a protective front bra whenever driven on the street, detailed images are provided in the photo gallery along with a clean one-owner CARFAX report.  The original GT3 is characterized by its distinctive front fascia, fixed rear wing, and flared rocker panels.  In 2003, the GT3 received its first update consisting of sharper new headlights, redesigned wheels, and aerodynamic revisions including a new rear wing.  This example features yellow-painted PCCB brake calipers which be seen behind the factory 18” GT3 alloy wheels dressed in brand new Michelin Pilot Sport Cup 2 tires. 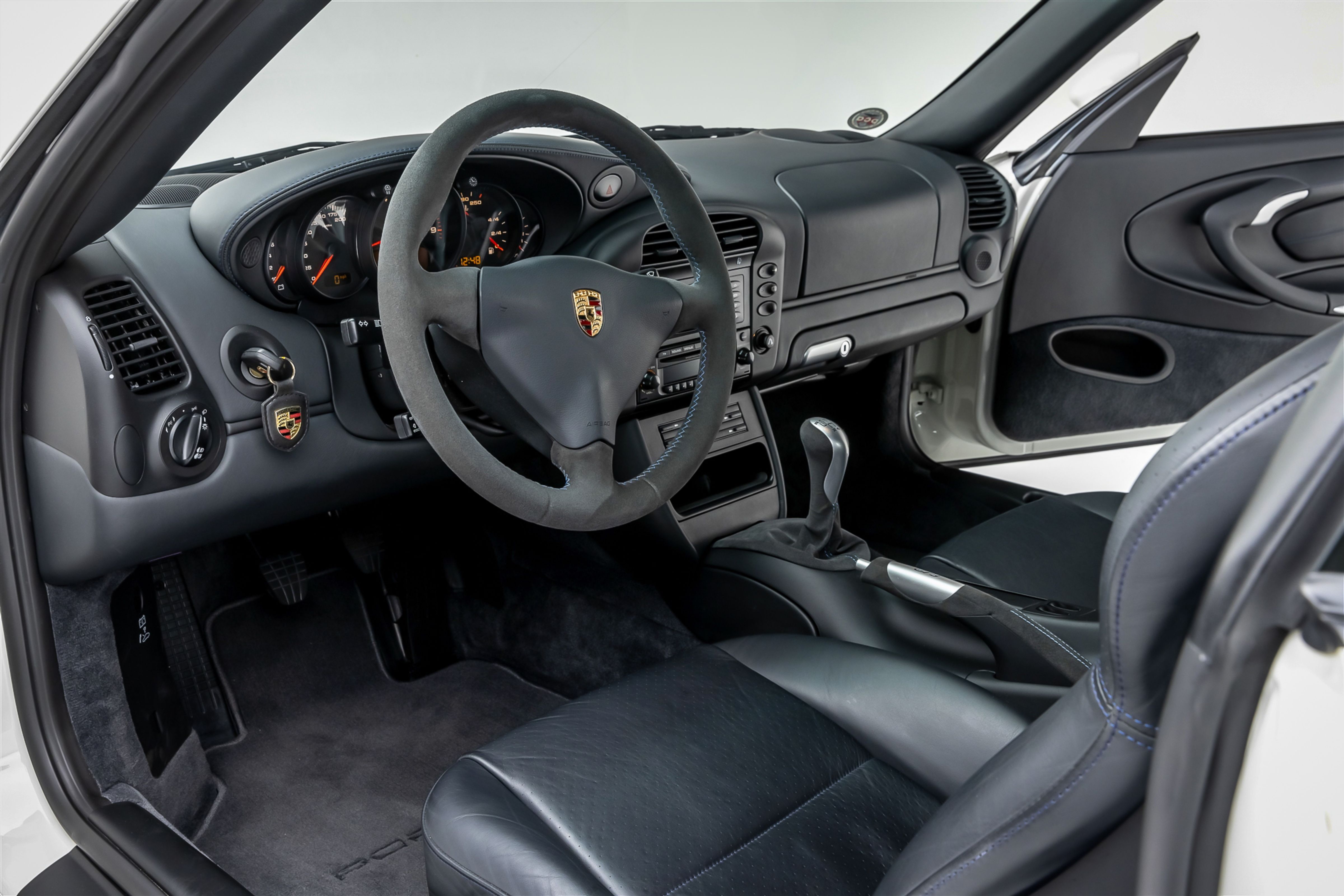 Inside, this GT3 has been appointed with a premium Grey Natural Leather interior featuring Exclusive Maritime Blue seatbelts, a thicker Alcantara-wrapped steering wheel, and blue deviated stitching throughout the cabin.  Occupants are also provided with electrically adjustable front seats and optional A/C with full climate control.  All gauges and accessories are reported to be fully functional and only a few minor imperfections have been noted as depicted in the photo gallery. 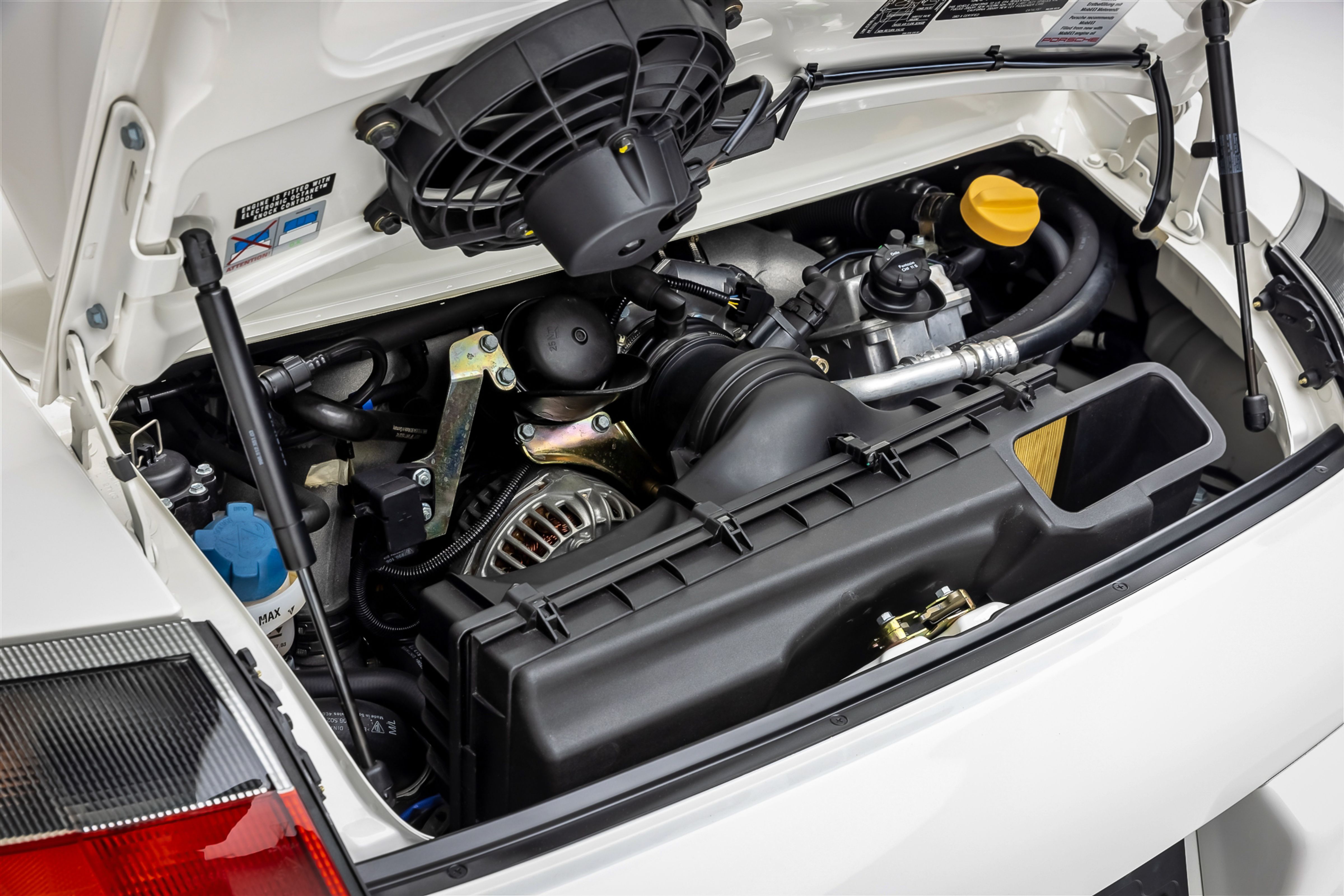 This 996 GT3 carries a naturally aspirated 3.6L flat-six Mezger engine utilizing a race-derived design and dry-sump lubrication system.  For the 2003 update, engine output was increased to 380 HP and 284 lb.-ft of torque.  The rear wheels are driven by way of a 6-speed manual gearbox allowing for a 0-60 time of just over 4 seconds and a top speed of 190 MPH.  This example was also factory optioned with upgraded Porsche Ceramic Composite Brakes (PCCB) that provide excellent stopping power and heat dissipation.  All routine service is said to have been addressed by an authorized Porsche dealer throughout the lifetime of the vehicle. A major recent service was also just completed by E-Motion Engineering including the installation of four new tires, the invoice will be made available upon request. 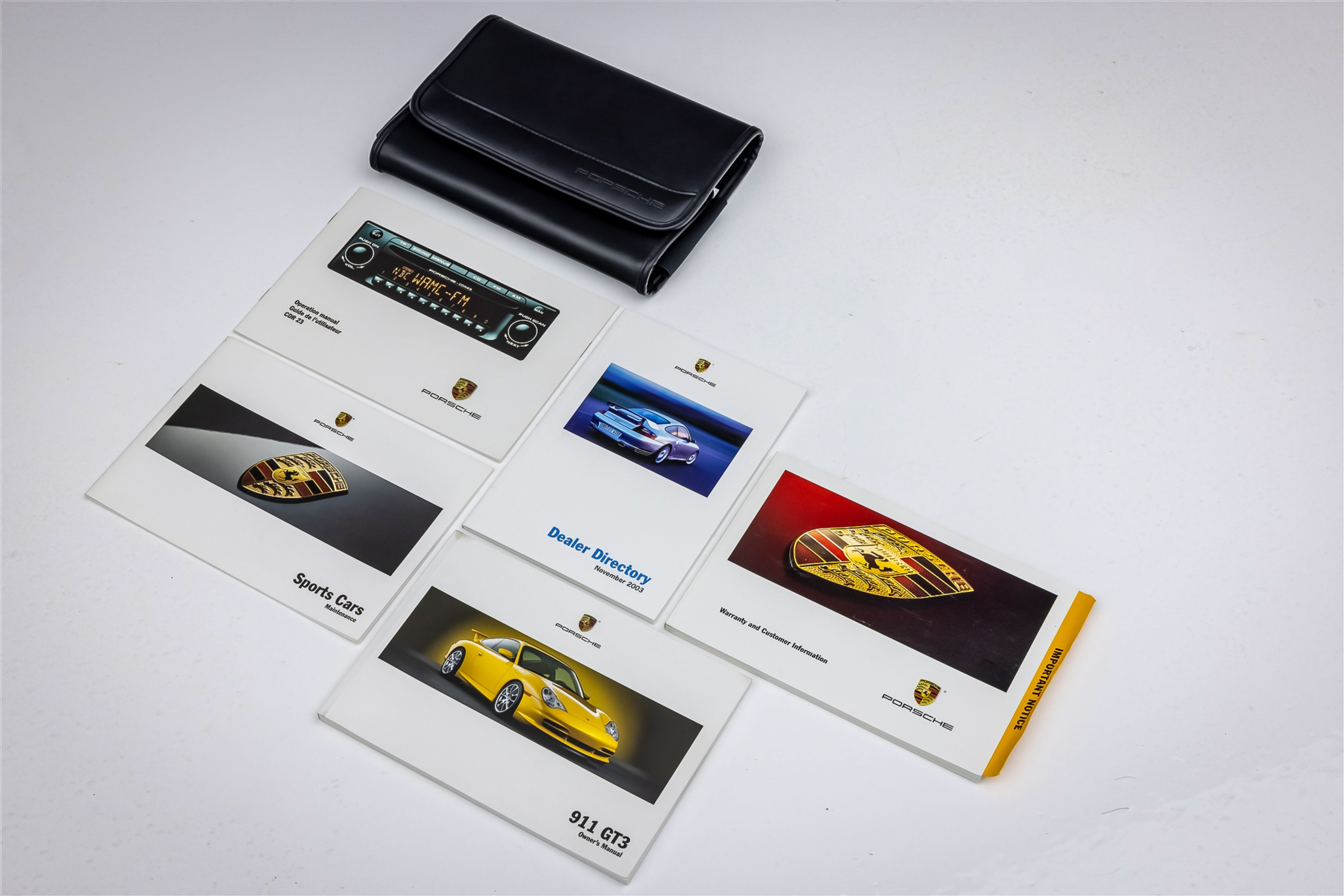 This sale will include a clean title, the original owner's manuals, window sticker, a collection of documentation, a set of two keys, and a genuine Porsche front bra kit. One of Porsche’s earliest and most well-regarded GT cars, this exceptionally well preserved and generously optioned 996 GT3 will make a fine addition to any world-class Porsche collection.