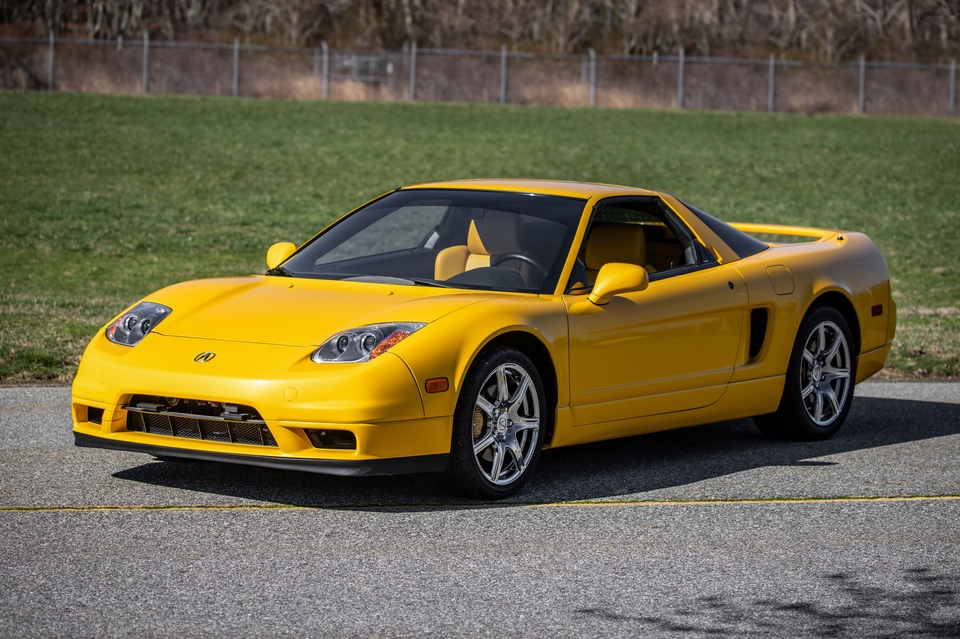 PCARMARKET is proud to present for auction this 2005 Acura NSX-T 6-Speed from the esteemed Newport Car Museum. According to production records, just 240 manual-transmission NSXs were built for the U.S. market during the 2005 model year (the final year of production). The last six digits of this car's VIN, 000241, suggests that it is likely one of the very last of the first-generation NSXs, and is said to have been built under the stipulation that it be used for display purposes only. Acquired in 2017 and representing one of just six cars finished in Rio Yellow over a yellow leather interior, this 2005 NSX-T is being offered for sale by its owner out of Portsmouth, RI with 11,017-miles showing on the odometer. 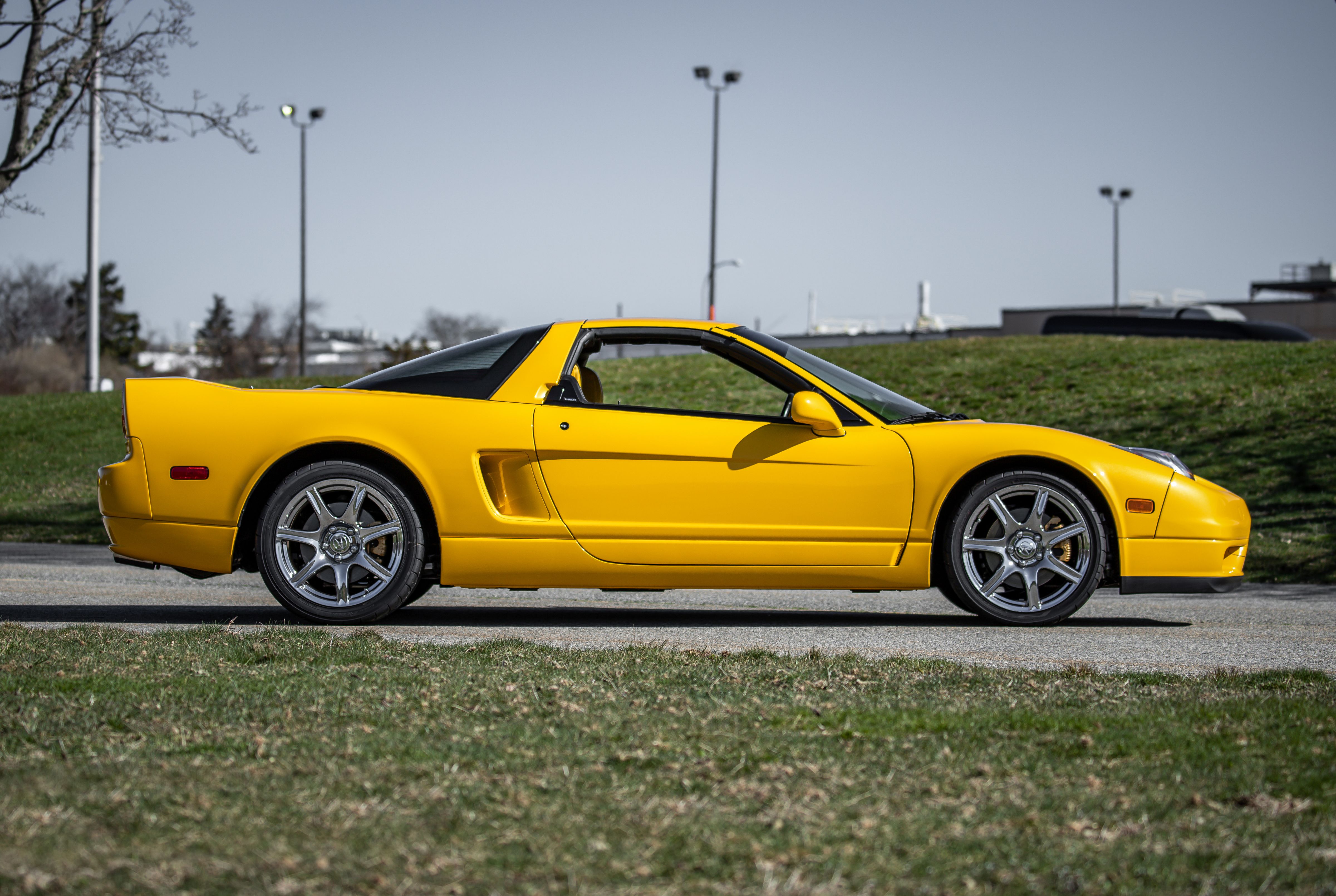 The Rio Yellow finish is described by the seller as being in excellent condition throughout, detailed images can be seen in the image gallery. The later NA2 NSXs are distinguished by fixed xenon headlights, side air intakes, integrated rear spoiler, and a painted removable roof panel that can be stored under the rear hatch glass. Factory 17” forged chrome wheels surround calipers finished in gold with NSX branding. The wheels are wrapped in 215/40/17 front, and 255/40/17 rear, Yokohama Advan Neova tires. 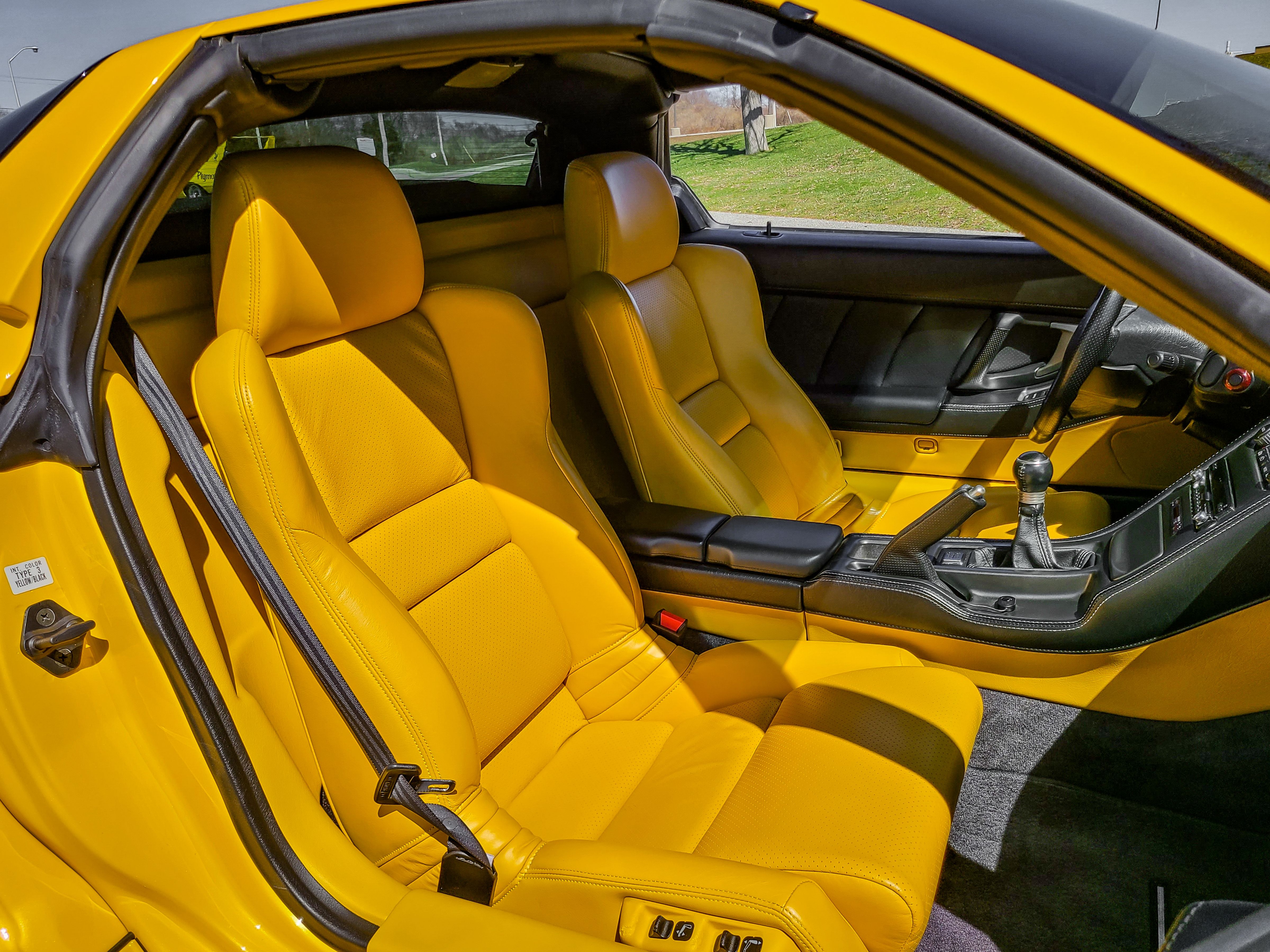 The interior, like the exterior, is described by the seller as being in excellent condition. Power-adjustable seats trimmed in yellow leather with black carpets, dashboard, center console, and black and yellow door panels show in excellent condition. Amenities include NSX-branded floor mats, automatic climate control, and cruise control. An aftermarket Pioneer head unit is installed along with a Passport Radar Detector System. All electric features and gauges are said to be functioning correctly. 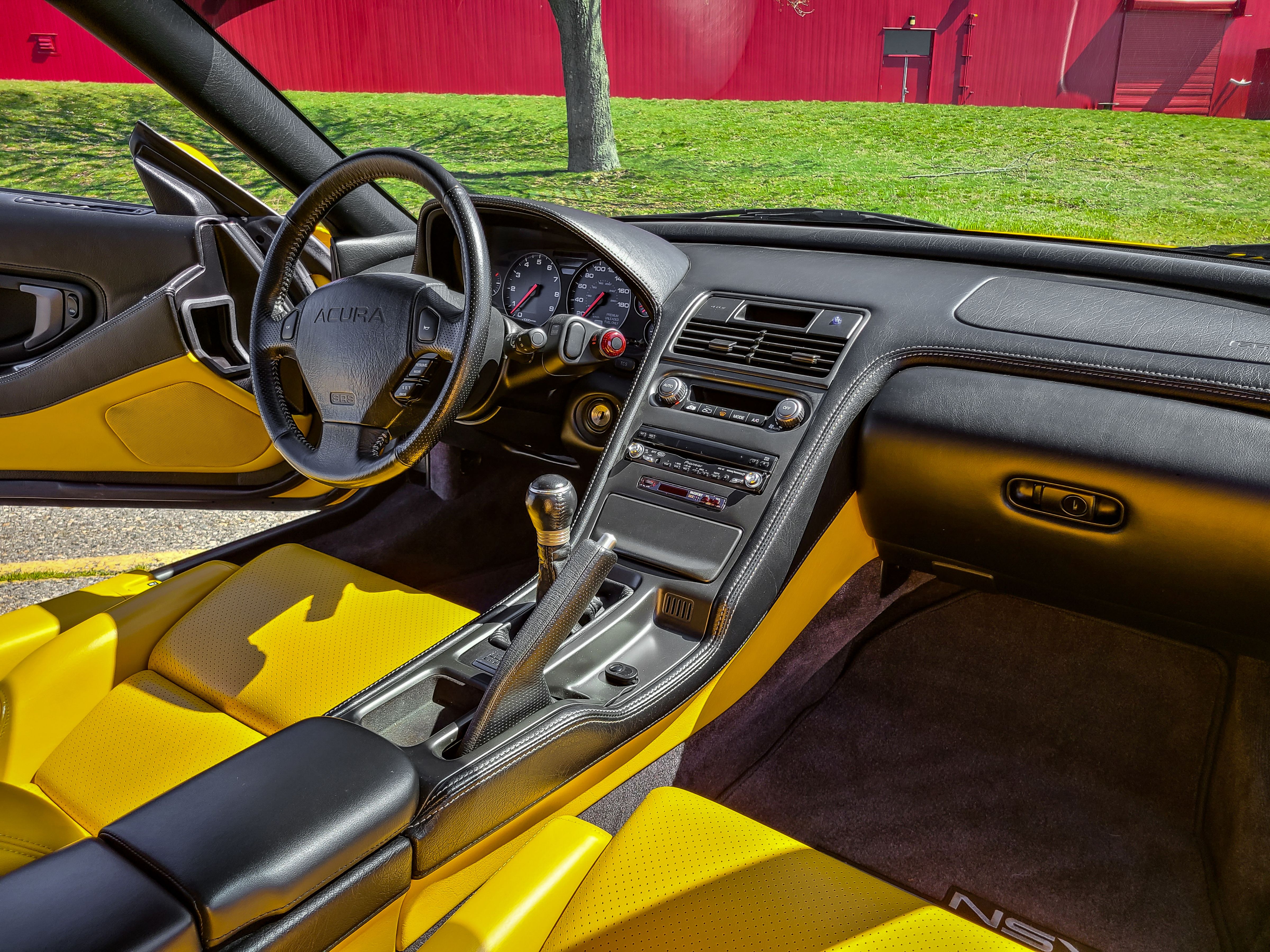 The mid-mounted 3.2 L C32B V6 features VTEC variable valve timing rated at 290 HP and 224 lb-ft of torque. Power is delivered to the rear wheels through a 6-speed manual transaxle with a limited-slip differential. This NSX is said to be up-to-date on mechanical maintenance. 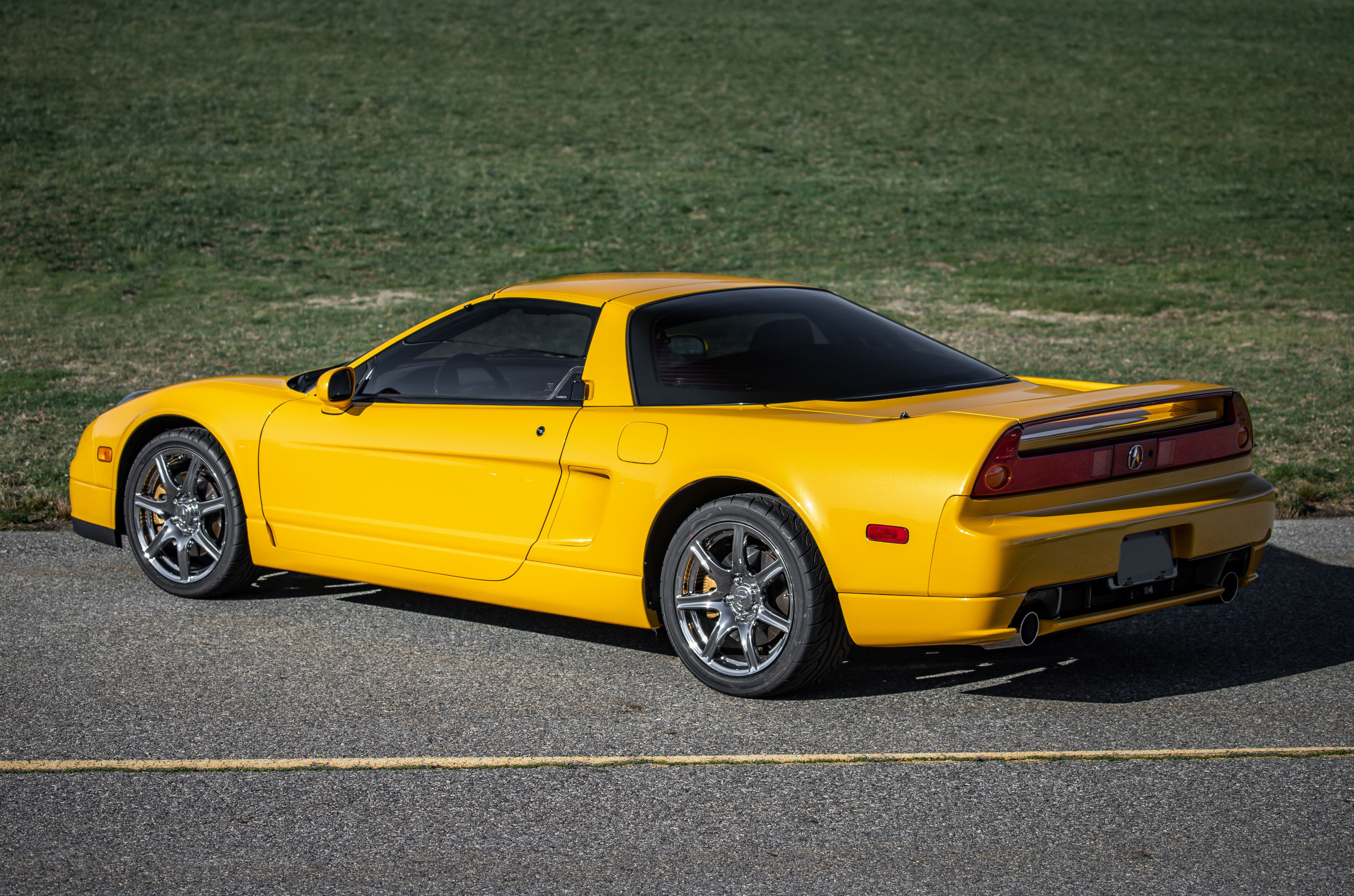 Included in this sale will be two sets of keys, original spare tire, a clean title and a CARFAX report. This is an incredibly unique chance to own perhaps the last of the legendary first-generation U.S.-spec NSXs.